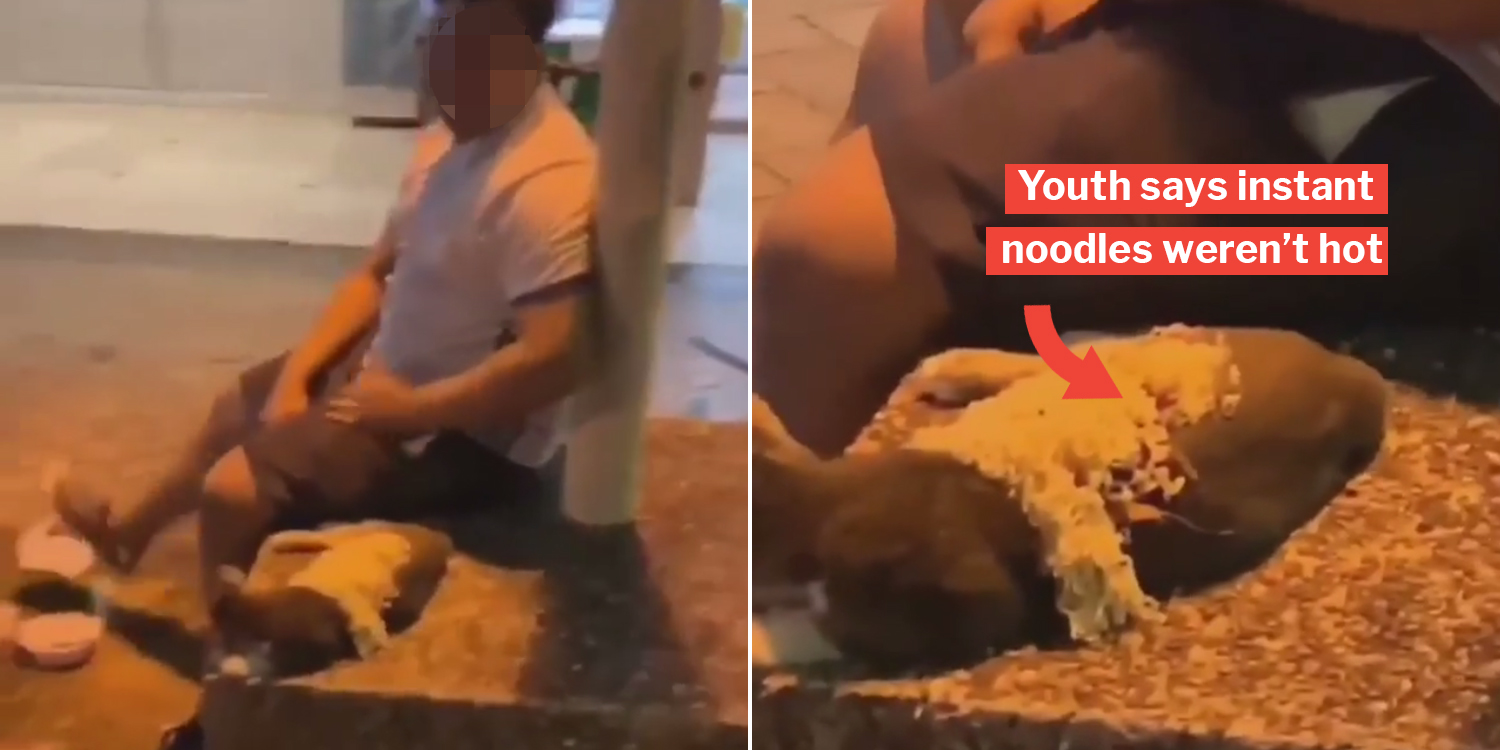 Cat Gets Blanketed By Instant Noodles In Video, Netizens Outraged

Multiple posts on Facebook have alleged that a youth in Woodlands poured instant noodles on a cat, then started laughing. One post by Eddy on Facebook has gone viral, garnering over 1,400 shares as of 13 Aug.

A second Instagram video posted on @xiaoypofsingapore captured a male sitting and laughing beside a cat blanketed in instant noodles. In it, a caption saying “Spagcat” can be seen. Youth claims noodles were cold, does not count as abuse

Screenshots with the alleged perp on Instagram show the youth responding to an unknown person’s Instagram story, explaining – in not so nice terms – that the noodles were cold when he found them:

In another screenshot, the youth claimed he was drunk when he was asked to pour the noodles on the cat. 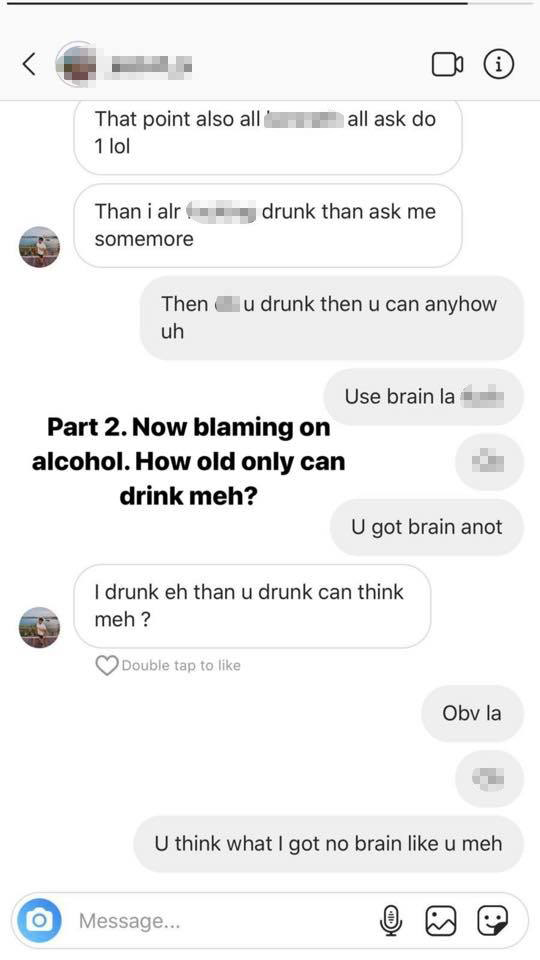 Called the police because of ‘defamation’

According to a screenshot captured from an Instagram story by another Facebook user, the youth has made a report to the police for “defamation” and insists the police told him that the case is not abuse. 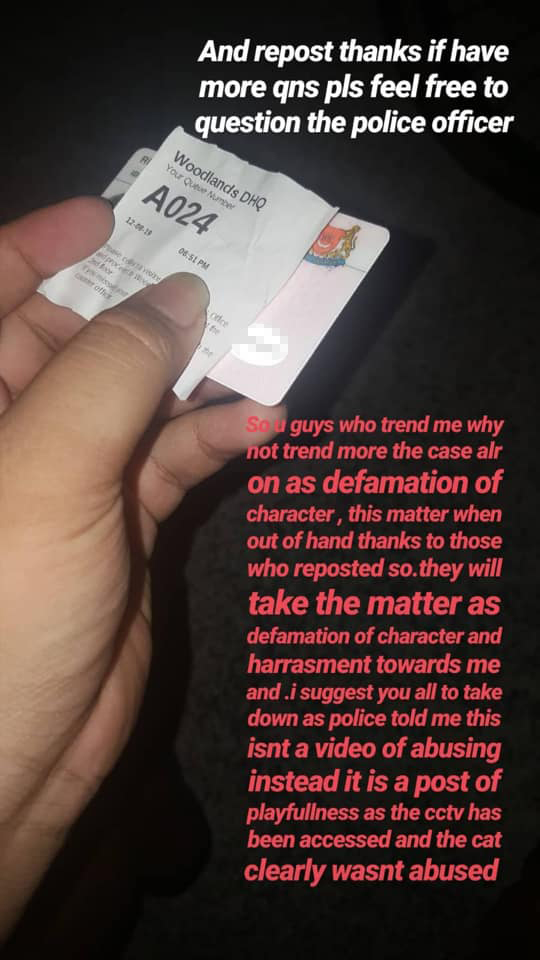 The earlier posts haven’t been taken down at the time of writing.

Netizens report the case to AVA, SPF and SPCA

According to one of the users on Facebook, the case has been reported to various agencies, including the Singapore Police Force (SPF), SPCA and Agri-Food and Veterinary Authority of Singapore (AVA).

Those who made the post have stated on Facebook that they wish to raise awareness for cat lovers and owners. 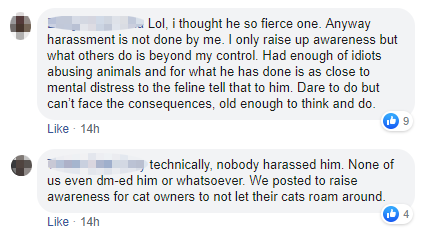 The outrage over the incident led to threats allegedly made against the youth, but we do not advise on taking any individual action and leave the case up to the authorities.

Regardless, we can understand the sentiment behind the post: animal abuse cases have been going viral in recent times and pet owners are understandably shook-eth.

But we think the key issue is more about empathy than anything else.

Whether the act was mischief or abuse, the perpetrator and anyone else should have empathy for animals and think about how they would feel if someone poured instant noodles on them.