Not everyone is an animal lover, and that’s understandable, but that doesn’t call for hatred or abuse of any kind.

An old man in his late 50’s or early 60’s has recently been spotted hurting stray cats at Marsiling Lane.

One resident even caught him kicking a poor cat who later ran away in fright. 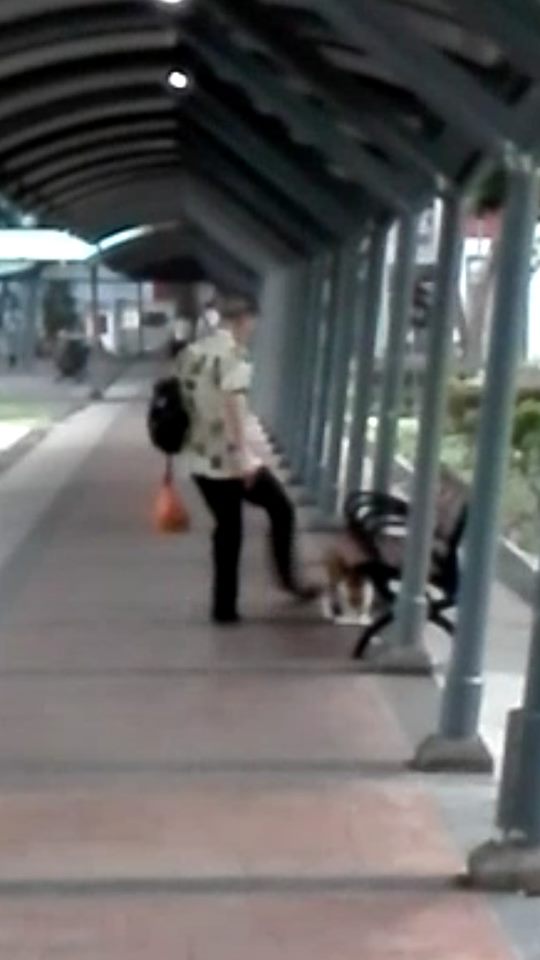 Concerned residents have filed a police report, but are seeking more information to help track down the culprit more easily.

Marsiling cats allegedly subject to abuse for a while

Residents living around blocks 10 to 16 Marsiling Lane have reported seeing him going around torturing the cats for quite some time. 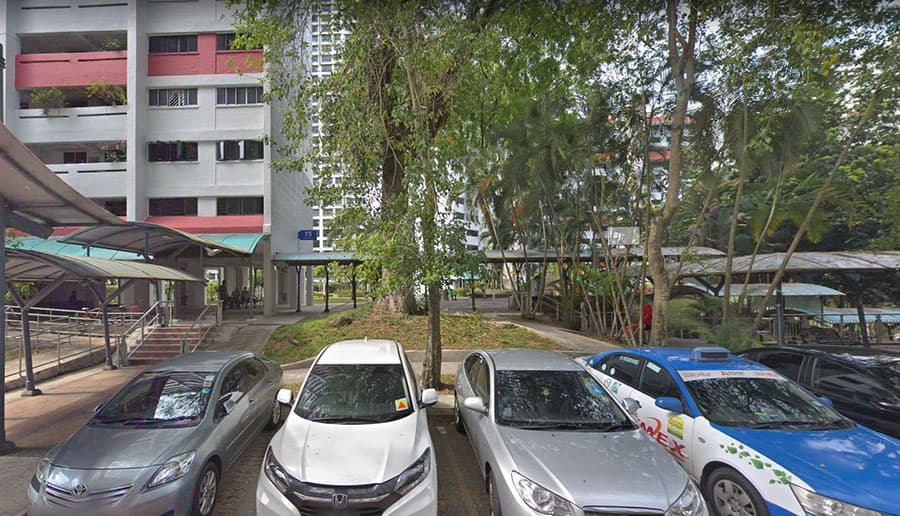 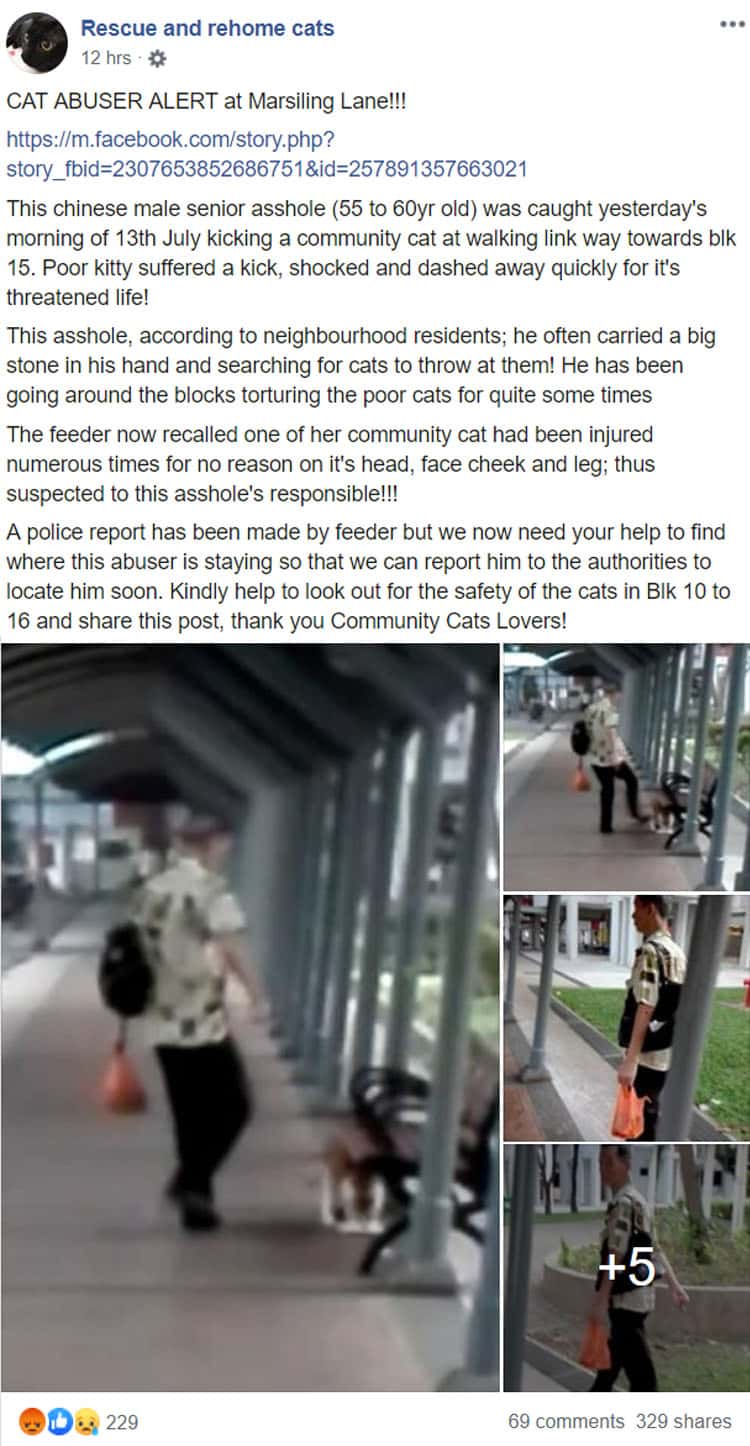 Some of his usual abusive acts include carrying a stone around in the hopes of finding a cat and attacking it.

A regular feeder in the area claimed she had noticed one of the cats with multiple injuries at different times — on its face, cheek and leg. There’s reason to suspect that the old man was the culprit.

The feeder has since filed a police report against the man, but requires more information to help the authorities track him down.

Anyone with useful information can come forward to help. In the meantime, the feeder urges residents to look after the cats’ safety while the alleged abuser is still on the loose.

They’re defenseless creatures, so they could use our protection to keep them safe from any form of cruelty.

If it’s true that the man has abused multiple cats, we hope that the authorities will catch him soon so justice can be served.