Jacinda Ardern To Resign As New Zealand’s Prime Minister, Will Not Seek Re-Election Her term as PM will conclude by 7 Feb.

On Thursday (19 Jan), Prime Minister of New Zealand Jacinda Ardern announced that she will not be seeking re-election next month.

“I know what this job takes and I know that I no longer have enough in the tank to do it justice,” she said at the Labour Party annual caucus meeting. 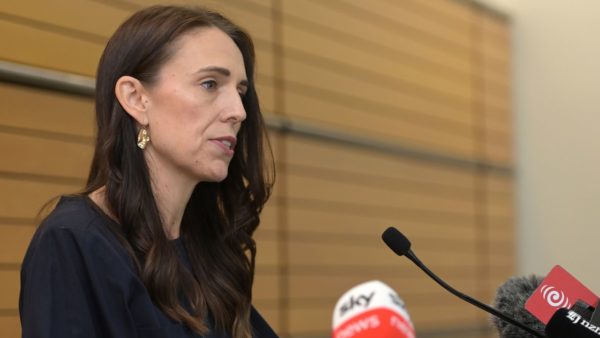 After six years in the role, Ms Ardern said she will be stepping down as Prime Minister no later than 7 Feb.

Resigning because she no longer has “enough in the tank”

In a lengthy Facebook post today (19 Jan), the Prime Minister of New Zealand shared the difficult news alongside revealing the upcoming election date.

Ms Ardern said she will be stepping aside for a new Labour Party leader within weeks and will not be contesting in the re-elections.

She hoped the early announcement will give government agencies and political parties time to plan and prepare ahead of the New Zealand general election on 14 Oct.

In her post, Ms Ardern wrote that she came to the decision after taking the time to consider her future over the summer break. She emphasised that it was her own decision.

“I had hoped that I would find what I needed to carry on over that period but, unfortunately, I haven’t,” she said.

Choking up, she shared that she no longer has “enough in the tank” to do the job justice.

Ms Ardern said, “This has been the most fulfilling five-and-a-half years of my (her) life.”

Nonetheless, the countless challenges in the past years have taken its toll. She said,

I am human. We give as much as we can for as long as we can and then it’s time… And for me, it’s time.

Ms Ardern then thanked New Zealanders for giving her the opportunity to serve in what she deemed as “the greatest role” of her life.

She hopes that in return, she has shown them that one can be kind but strong, empathetic but decisive, and optimistic but focused.

At the meeting, 42-year-old Ms Ardern shared that she is looking forward to spending time with her family.

She said that they have arguably sacrificed the most out of all of them.

“To Neve, mum is looking forward to being there when you start school this year,” she said.

In a heartwarming moment, she addressed her long-time partner Clarke, saying, “Let’s finally get married”.

Jacinda Ardern became PM back in 2017

In 2017, at the age of 37, Ms Ardern became New Zealand’s Prime Minister and one of the youngest world leaders.

Within the first year in office, she gave birth to her daughter, Neve. Ms Ardern is only the second world leader to give birth while in office.

She also became the first world leader to ever bring their child to the United Nations (UN) general assembly. In her time as Prime Minister, Ms Ardern had been a well-respected leader, leading New Zealand through tough times.

During her time in office, she dealt with the Covid-19 pandemic, the Christchurch mosque shootings, and the White Island volanic eruption.

Ms Ardern said the Labour caucus would vote on a new leader on 22 Jan.

Deputy Prime Minister Grant Robertson said he will not be putting his name forward.