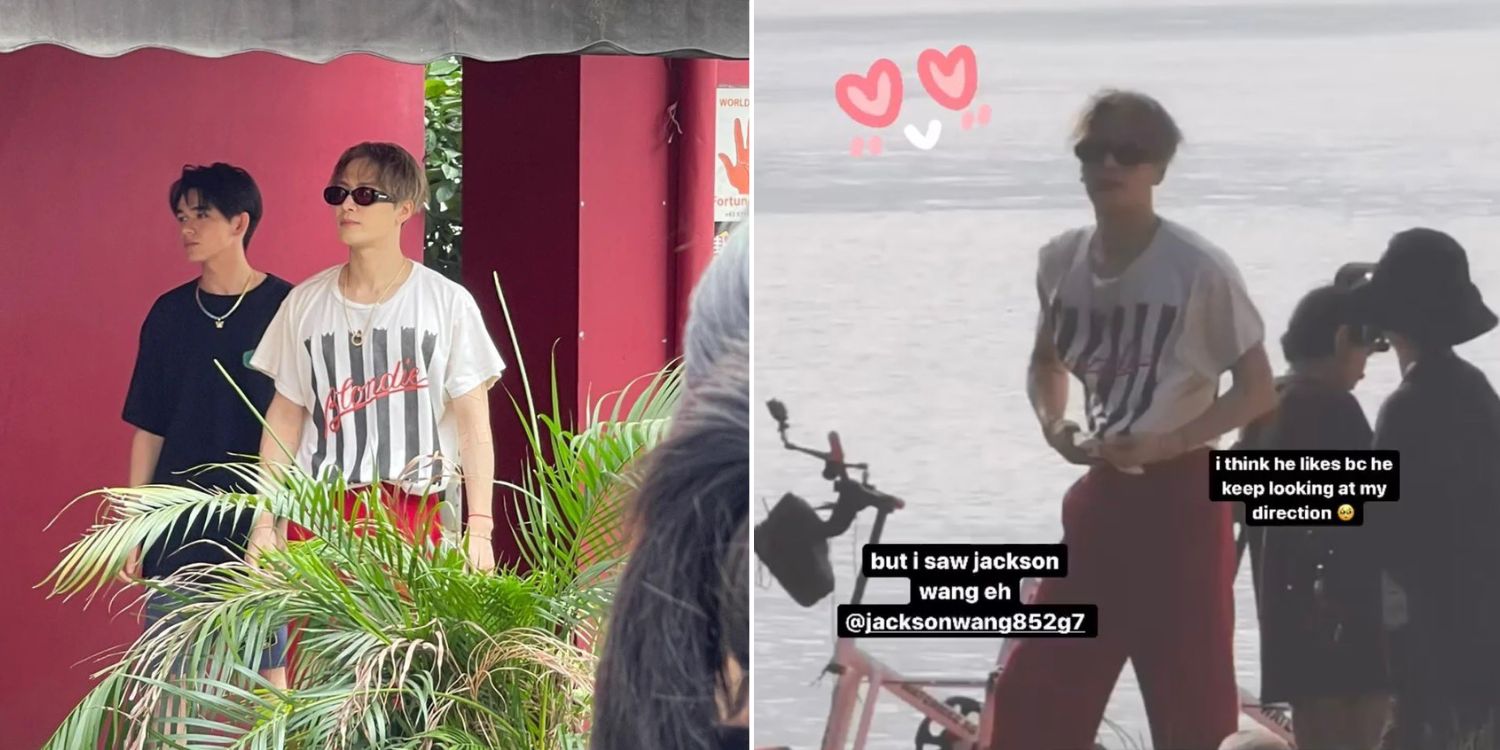 He'll be here till 10 Aug only, so keep your eyes open.

While he was in town to host an event at Marquee Singapore, it seems he hasn’t gotten enough of us yet.

In fact, he literally crossed our island in a day to visit both Chinatown and Pasir Ris. Besides hanging out at a Chinatown coffee shop, he also chilled out at Pasir Ris Park. 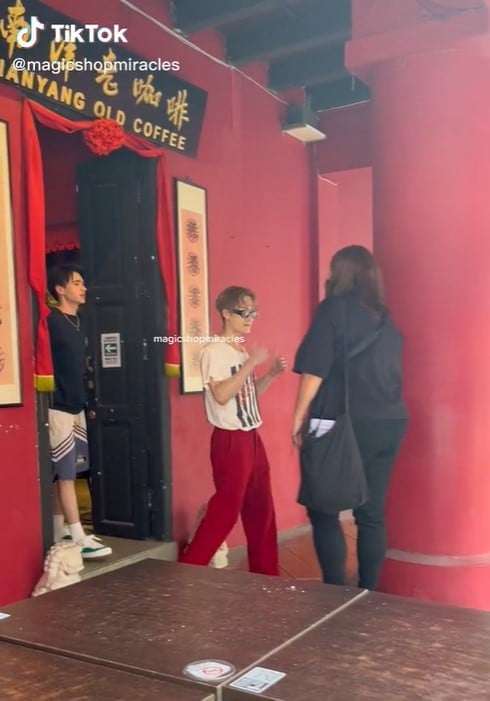 He even waved at them as he was boarding his car.

Another TikTok user managed to catch the moment when Jackson arrived at the coffee shop, deep in conversation with a friend who appeared to be Caelan Moriarty from J-pop group Intersection. 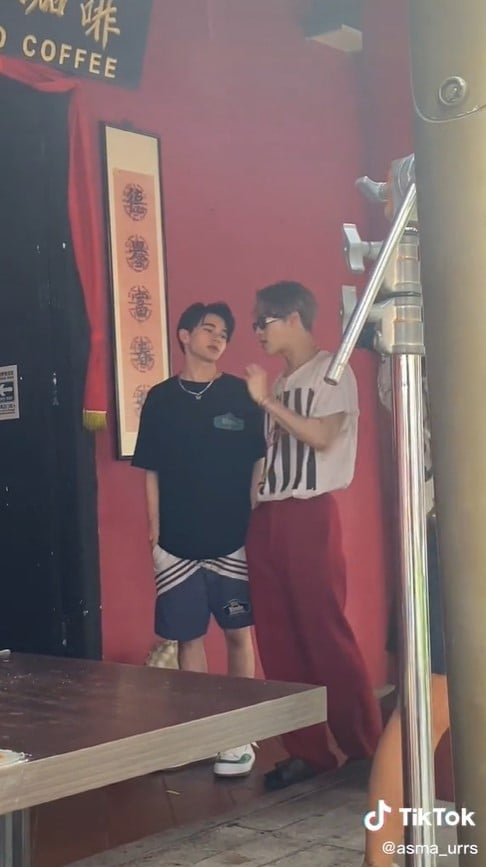 As she blatantly filmed Jackson standing in the doorway, he noticed and rather than being annoyed, graciously waved at her. 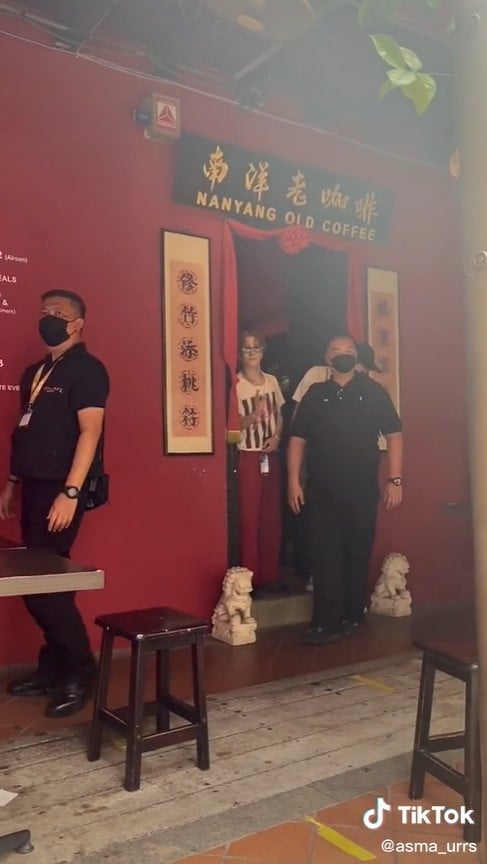 She and her friend even snapped a quick wefie with him. 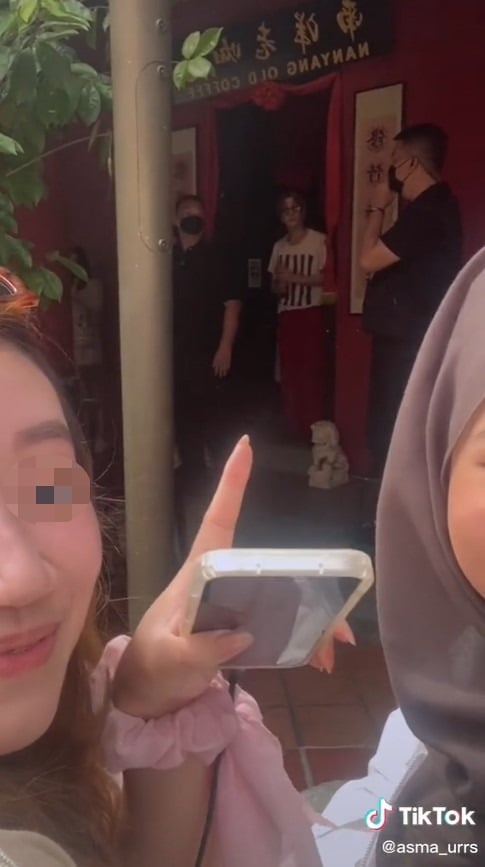 As Jackson left Chinatown, he waved at onlookers who may have been dazed to see a celebrity in their midst. 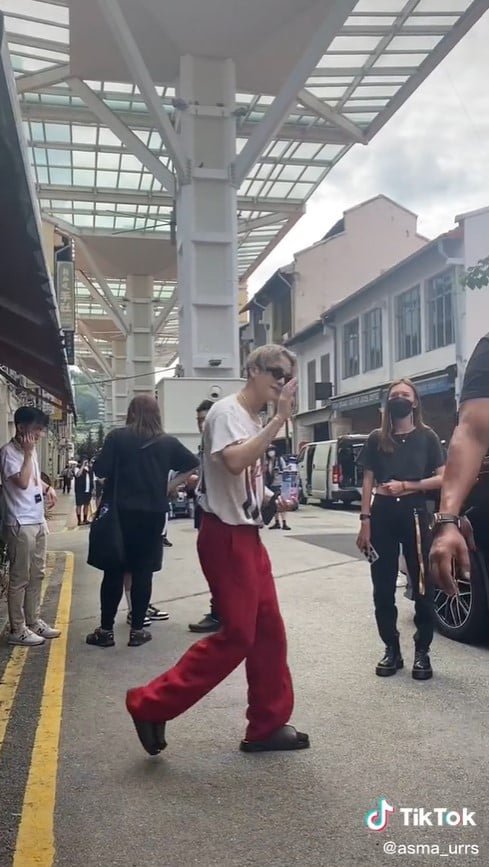 On apparently the same day, Jackson popped up way across the island in Pasir Ris Park.

It didn’t look like he wanted to remain low-profile, as he took a stroll with his entourage including security and photographers. 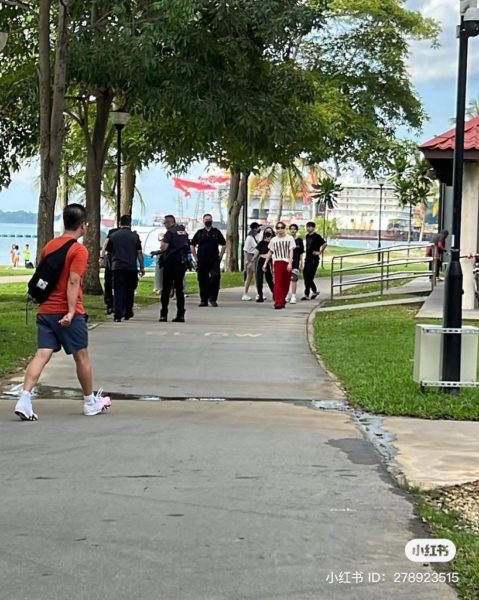 Judging from the fact that he was wearing the same white T-shirt and red pants as the Chinatown photos, he seems to have traversed Singapore in the same day.

He was also spotted near the water, prompting a Paris Ris resident on Twitter to marvel at how they could’ve run into the star while cycling or running. 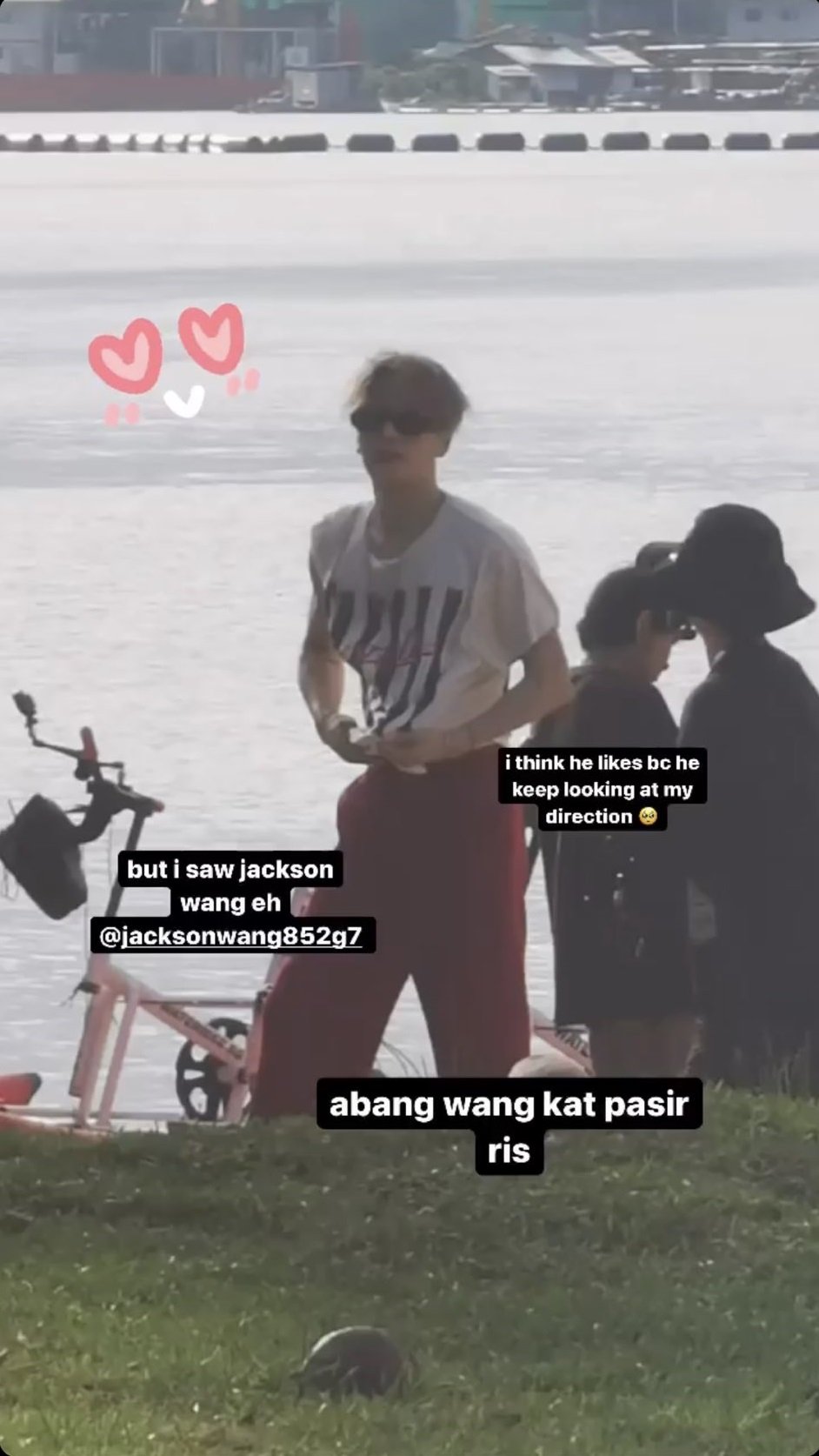 One extremely lucky fan even scored the ultimate prize: A photo of themselves standing next to their idol. 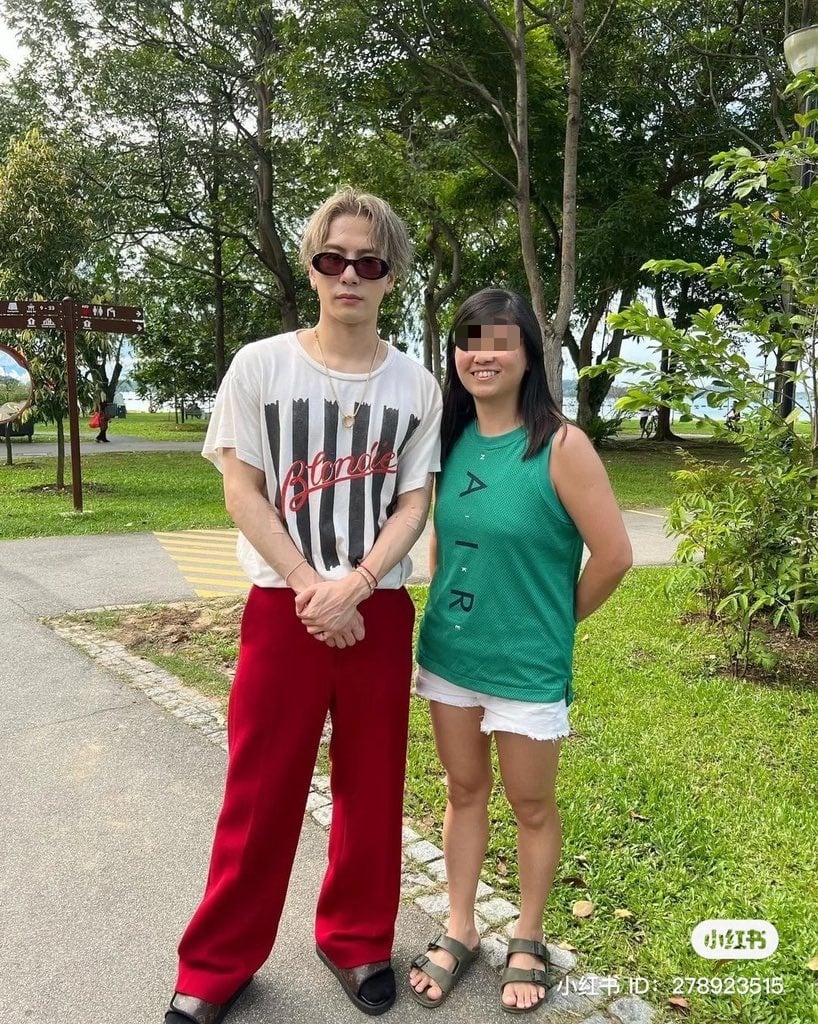 Talk about being at the right place and the right time, indeed.

Some may wonder why Jackson Wang is seemingly so taken by Singapore that he went all over town.

He’s actually partnering with the Singapore Tourism Board (STB) to film a series of travel vlogs from 2 to 10 Aug, according to Zula.

Thus, fans who’re interested in seeing him in the flesh have about two days to do so.

You might want to spend the National Day public holiday staking out popular tourist spots.

In the last two pandemic-stricken years, it was rare to see a celebrity casually walking Singapore’s streets.

That’s why having someone like Jackson Wang out and about is a thrill indeed.

It’s also a good reason to keep your eyes open and away from your phone screen when outside for the next two days.

If you’re fortunate enough to get a sighting, do share it with us in the comments below.