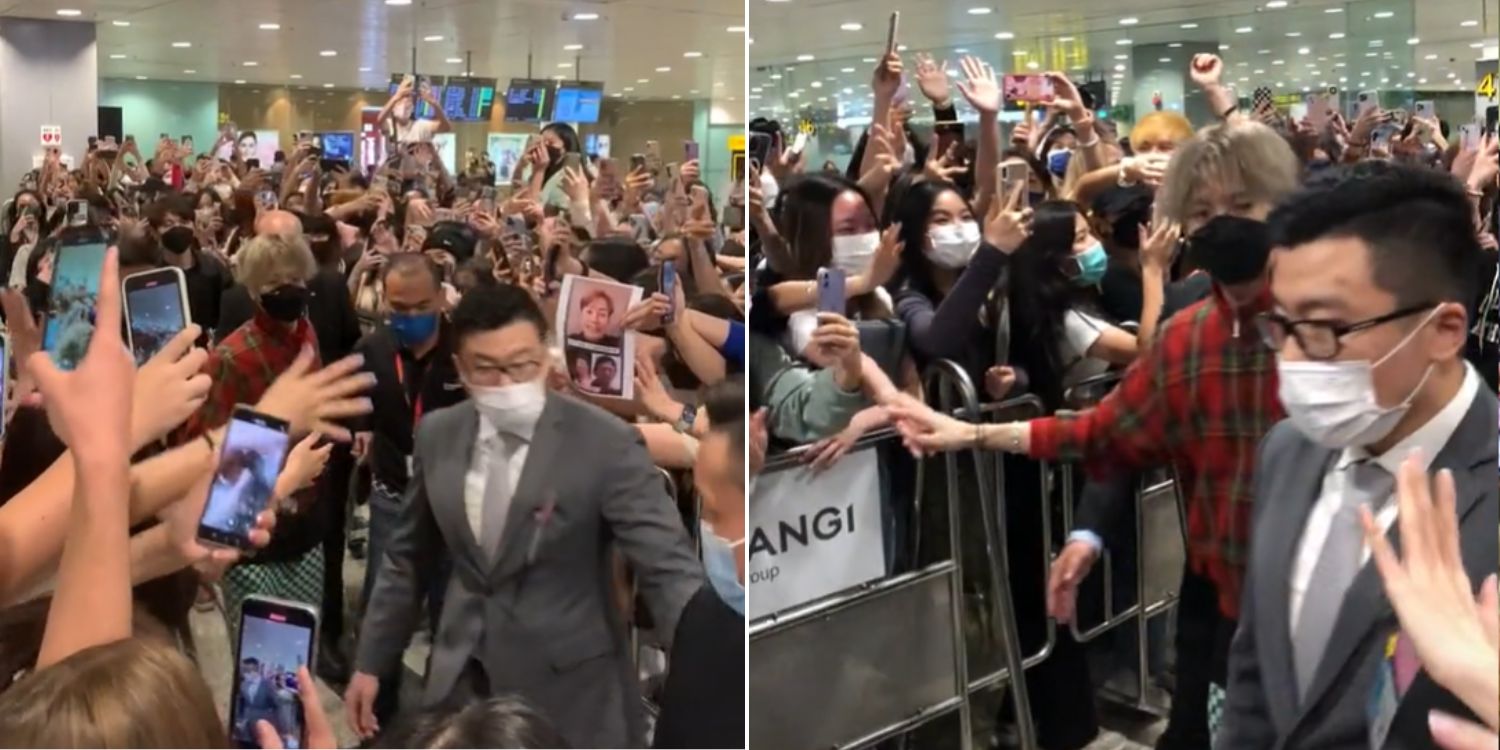 He waved to a crowd of adoring fans.

Recently, news of popular K-pop star Jackson Wang’s appearance at Marquee Singapore sent the Internet into a frenzy, with tickets to his showcase sold out in record time.

A day before his scheduled appearance on 4 Aug, fans of the superstar flocked to Changi Airport Terminal 3 (T3) to welcome him.

As a crowd of his fans waited in anticipation at the arrival hall, the singer finally cleared immigration and arrived to a rapture of cheers.

He then walked through the horde of fans, most of whom were pushing against the barricade as he exited the airport.

On Wednesday (2 Aug), fans of the Got7 member flocked to Changi Airport’s T3 to welcome their favourite idol to Singapore.

According to some fans on Twitter, Jackson was scheduled to board Singapore Airlines flight SQ709, arriving on our shores at 6.55 pm.

He didn’t take much time to clear the immigration, according to an MS News reader who said that the singer appeared soon after at around 7.10pm.

The moment fans caught a glimpse of his blonde hair and checkered shirt, the screams started.

Perhaps in anticipation of the turnout, Changi Airport installed temporary barriers to keep fans at bay as the K-pop idol walked out.

Despite the physical separation, the singer acknowledged his fans, bowing and fist-bumping them while being escorted by security.

Alas, Jackson left as quickly as he came, leaving the fans wanting more.

It’s unknown how long Jackson will be in Singapore, so keep an eye out for the K-pop star when you’re out and about. Who knows, you could bump into him at some famous touristy spots.

But do remember that he’s a human just like us, and give him the space to enjoy Singapore like everyone else.

Hopefully, this won’t be the last time he’s here at our little red dot.