Remember the SAR-vivor song released in 2003? Starring the hilarious Phua Chu Kang, the rap helped ease tensions during the SARS outbreak in 2003.

In light of the recent Wuhan virus outbreak, Singapore Mandopop artists JJ Lin and Stefanie Sun came together to produce a heartwarming song for those helping out at the front lines.

The single, “Stay With You”, was released on Wednesday (29 Jan) and featured Lin singing, and Sun behind the poetic lyrics.

With the increasing level of uncertainty surrounding the Wuhan virus, the two Mandopop artists wished to bring hope and solidarity through what they do best — singing and writing songs. 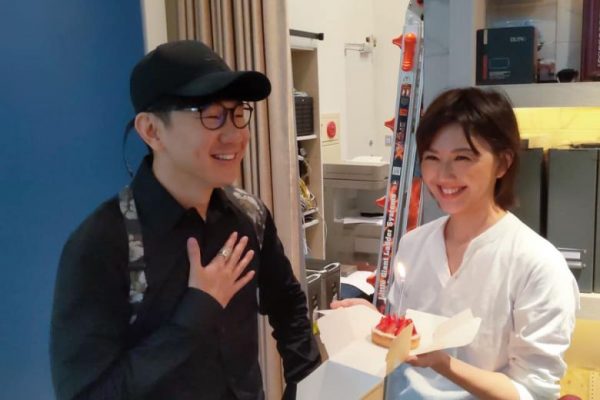 The pair shared the song on Weibo on Wednesday (29 Jan), with the message “no matter the challenge, love always prevails.” 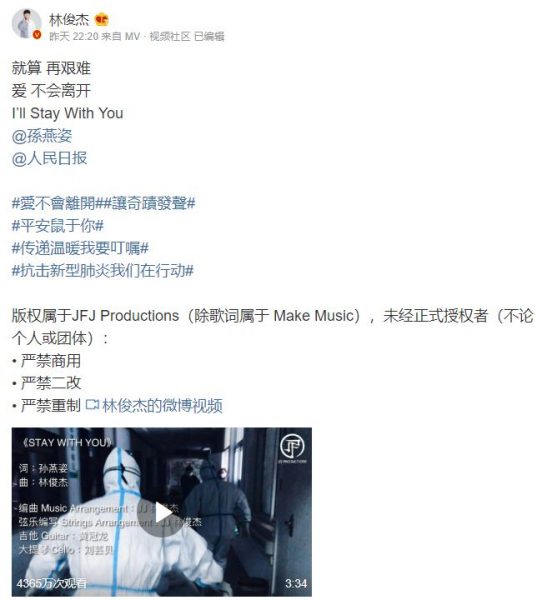 JJ Lin apparently wanted to produce a song thanking the medical staff that are putting their lives at risk on the front lines, similar to his 2012 single “Love and Hope” — a song he dedicated to the Sichuan earthquake.

The pair being old friends, it is not surprising that Stefanie Sun received a call from JJ Lin asking if she wanted to collaborate. 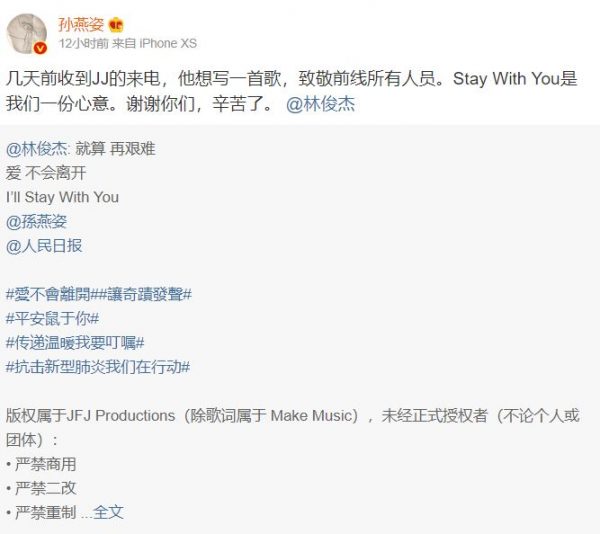 “Stay With You” sends love to those battling Wuhan virus

Stories of heroic acts by hospital staff flooded the internet over the past week. People around the world are thankful for their sacrifice and deemed them real-life heroes. 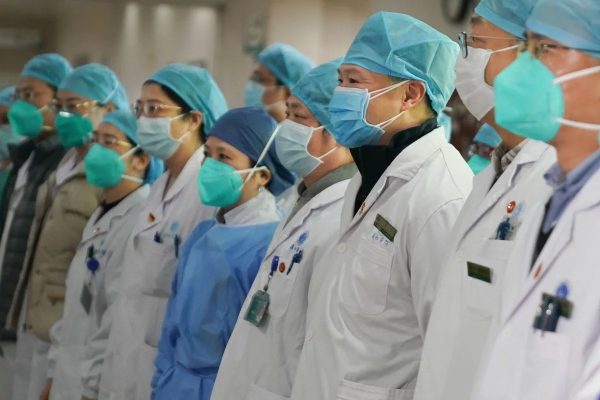 JJ Lin and Stefanie Sun helped consolidated our messages into a song of empowerment, a promise that we will stand together with those affected in this trying time.

The lyrics by Stefanie Sun translates to “I’ll stay with you as we wait for the sunrise”, highlighting companionship in the ‘darkness’ enveloping Wuhan and a nearing end to the ordeal.

Many praise the 2 artists for their nice gesture

Countless netizens left comments praising the singers, following the release of the song.

The song also encourages people to leave messages of hope, inspiring more compassion from around the world.

Translation: there is no enclosed city, only love that never escapes
Source

The two artists are truly doing their best to be of aid in this dire situation.

Would you prefer a corona-rap?

The empowering melody of “Stay With You” is a breath of fresh air and a source of comfort for those who are fighting the Wuhan virus.

While the song is no doubt empowering, would you like to see a rap akin to Phua Chu Kang’s SAR-vivor song? 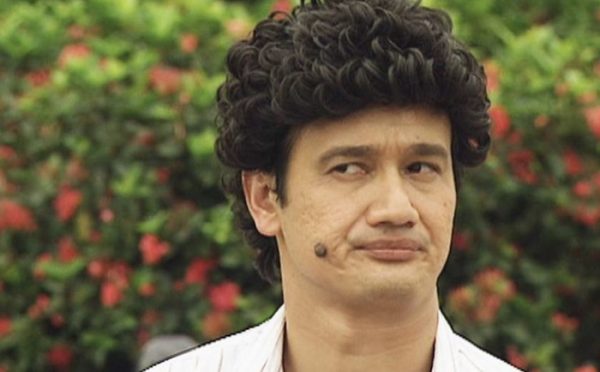 Leave a comment down below if that’s what you prefer and who knows, you might very get what you wish for.