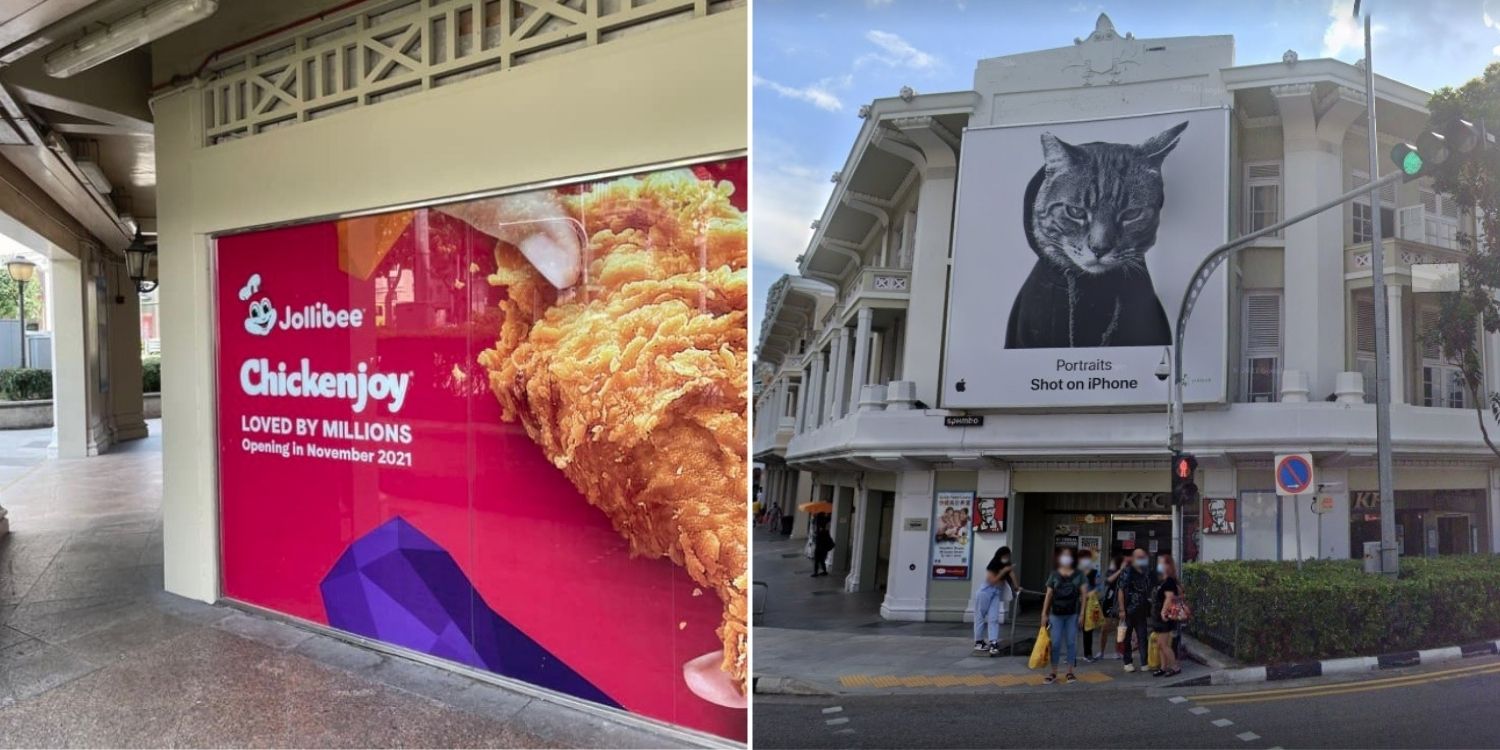 Jollibee To Take Over KFC Outlet In Bugis Village From Nov

Earlier this week, we reported that the iconic KFC outlet at Bugis Village has closed, to the dismay of some Singaporeans.

Though it has only been days since news broke about the closure, it already seems clear that Jollibee is set to take over the vacant space.

As of Saturday (11 Sep), the popular fried chicken franchise has already put up signages alluding to their new restaurant. 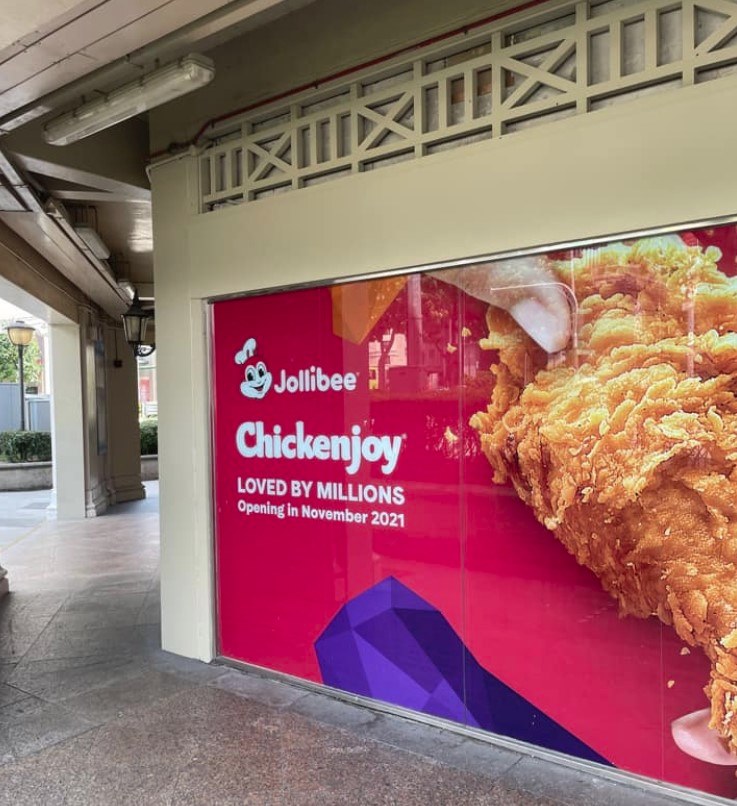 According to the signs lining the glass walls, the outlet will be open by Nov 2021.

Jollibee set to open in Bugis Village in Nov 2021

The news of the takeover was first shared by the Singapore Atrium Sale Facebook page on Saturday (11 Sep). 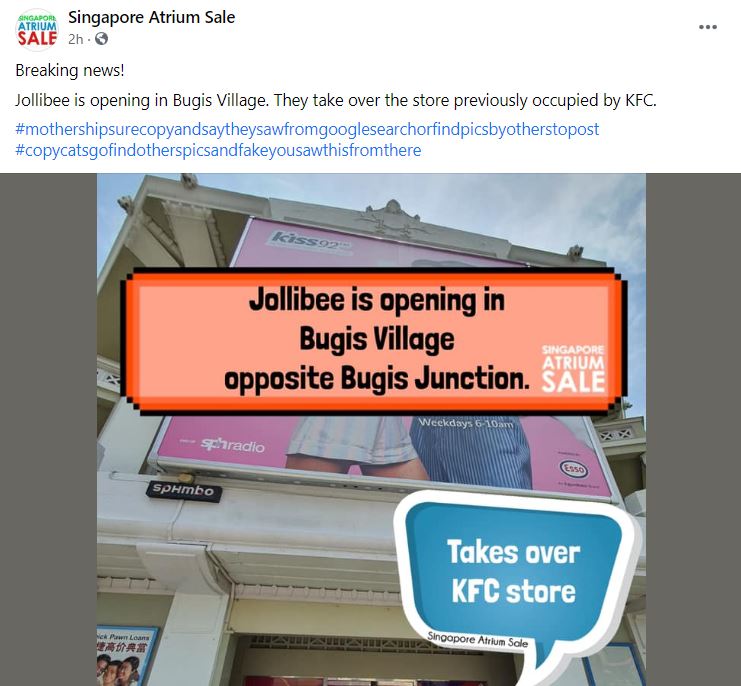 The timing of the announcement may come as a surprise to many as the departure of the previous tenant, KFC, was just made public a day ago. 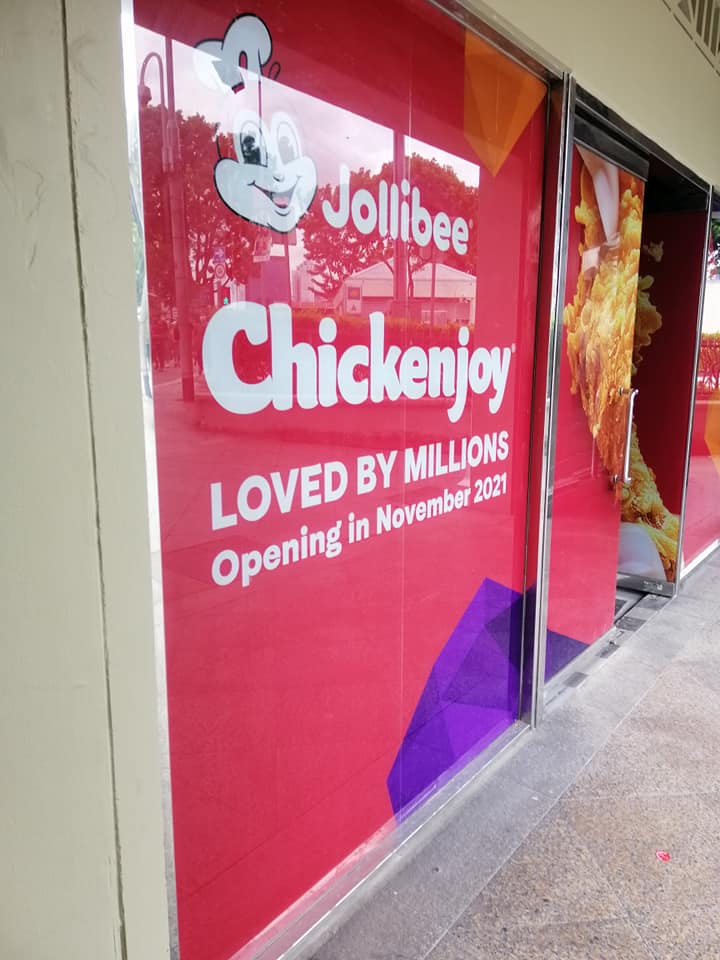 The KFC outlet was a mainstay in the Bugis Village and loved by many who mourned the loss of an iconic landmark.

Jollibee had recently stated its intention to “aggressively expand” in Mainland China.

With its newest outlet, perhaps they’re adopting a similar to the larger Asia region as well.

New franchise for a new generation to make memories

As saddening as it is to see KFC bow out of Bugis Village, Jollibee’s debut will certainly be a welcome surprise to many.

Hopefully, with their bright colours and iconic mascots, a new generation can create lasting memories at the corner unit.