It was the setting for many a teenage romance.

Our teenage years are some of the best times. For most of us, the only concern was yearly school examinations but even that didn’t stop us from hanging out at fast-food chains after school hours.

One popular teen hangout spot was the KFC outlet at Bugis Village.

However, on Wednesday (8 Sep), it was revealed that the spot is closed for good. 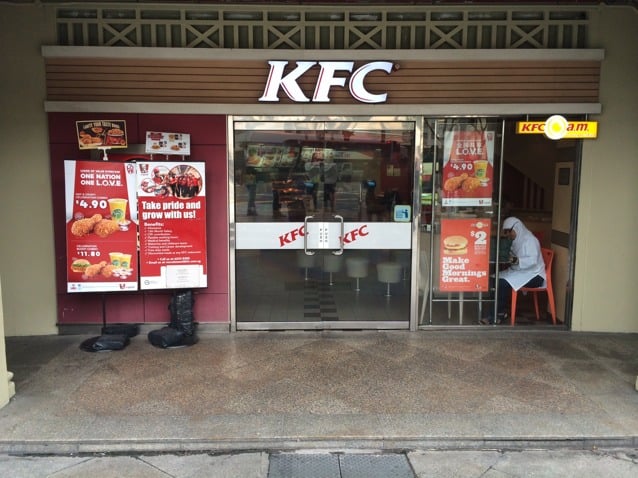 Shared by the Singapore Atrium Sale Facebook page, a photo of the now-empty unit was shared on social media, much to the disappointment of netizens.

Many Singaporeans reminisced about their teenage dating life there in the comments section.

They did not specify the reasons for closure. However, they implored fans of the colonel to head over to the next closest locations at Bugis Junction, Funan, and Plaza Singapura to get their fried chicken fix.

The iconic location was one of many landmarks in the Bugis Street area.

Often referenced as a meeting point, many netizens also reminisced the times they spent there during their teenage years.

One netizen shared that the outlet was the fateful location where she met her husband.

While the spotlight is firmly on the closure of the KFC outlet, a netizen pointed out that other famous franchises have also ceased operations at their Bugis Street outlets recently.

For many, the affordable food options that used to dot the area will have changed.

KFC outlet at Bugis Village will be sorely missed

Perhaps the effects of the pandemic have taken another iconic landmark from us, although it’s uncertain as to why the outlet has closed.

While some may see it as just another KFC outlet, the memories made by many other Singaporeans prove that the restaurant will be sorely missed.

This will surely not be the last franchise to close its doors and Singapore will look vastly different when the pandemic is over.