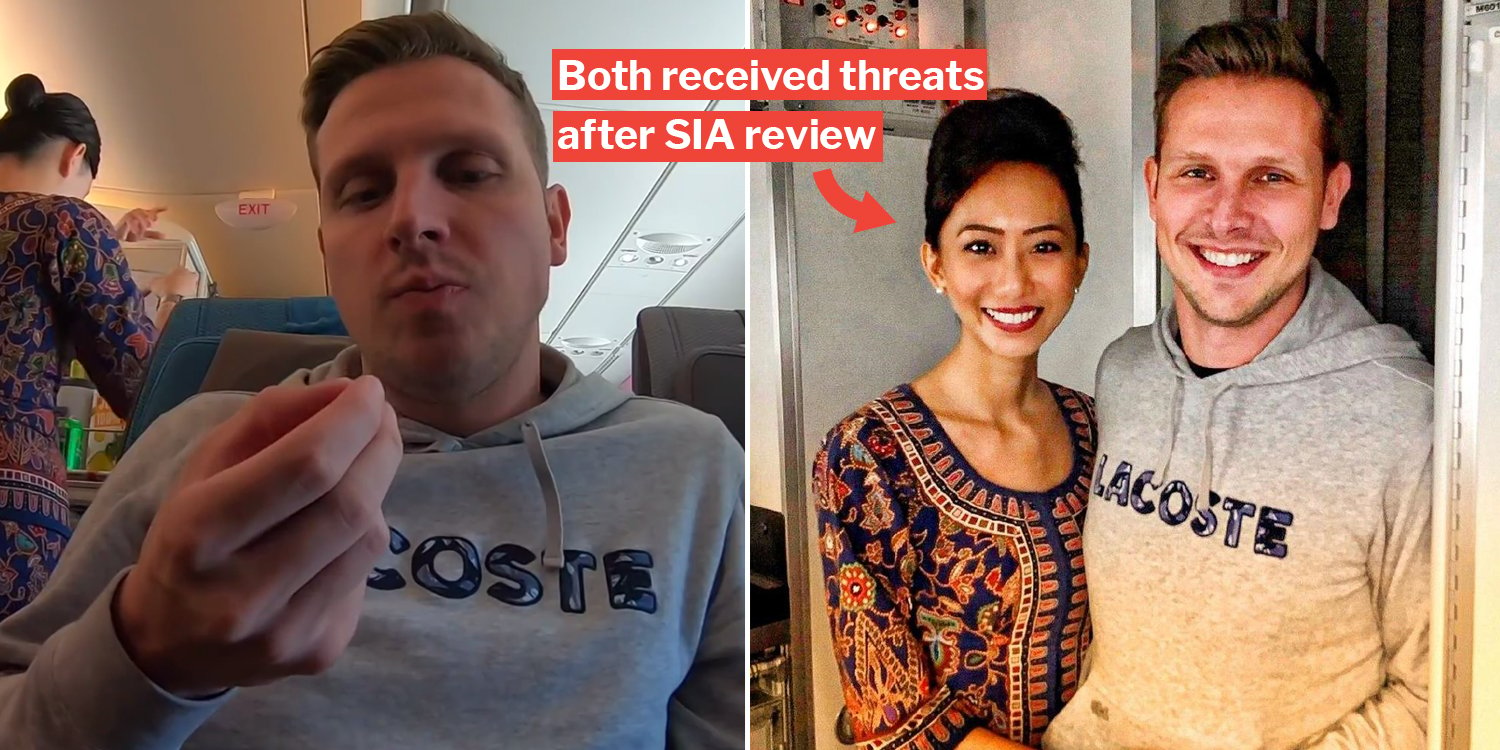 In case you missed it, he reported having a somewhat disappointing experience. Although he enjoyed the food and the amenities, he mentioned that the staff were inattentive during his flight from London.

He concluded by saying that the S$1,620 flight wasn’t worth the price.

Cahill’s review has since garnered heated responses of all sorts, some more unsavoury than others especially after they found out that his girlfriend works as an SIA air stewardess. 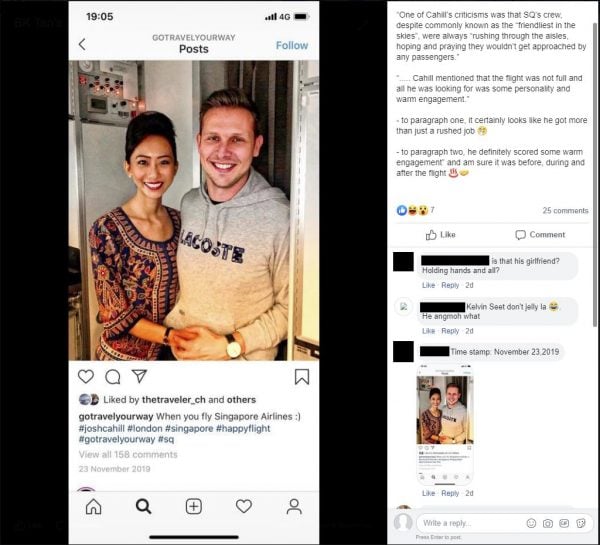 After we released an opinion piece last week calling for a more constructive response to Cahill’s criticisms, we reached out to him for comment. This is what he had to say.

Despite having received some pushback from junior SIA crew members, some leading staff and cabin managers have reached out to him with more amicable messages.

Most of them express some measure of agreement with his comments. They have explained that, as managers, they often caution junior crew to not “be too task oriented and find opportunities to engage with passengers”.

Since his video went live, his comments on developing a more personal approach with passenger interactions have apparently been integrated into pre-flight briefings.

Moreover, he clarified his criticisms on passenger engagement, saying,

Nobody ever said that the crew is required to talk to everyone in Economy Class, since the majority doesn’t want to be bothered but the few that do, appreciate the gesture a lot.

He has since received a number of comments in support of his perspective from all over the world.

But that’s not what you came here to read. Since his review went viral, Cahill has also received a literal truckload of online abuse.

Of particular note, however, is the sheer volume of hateful insults that have been spewed at both him and his girlfriend. As some ‘savvy’ netizens discovered last week, his girlfriend is an SQ crew member who has been with the company for some years.

Many of the comments received by them involve some kind of racial angle, and have completely missed the point of his review by devolving into ad hominem attacks.

These examples are just a few of many.

Cahill explained to MS News that prior to posting his video, his girlfriend and he both agreed that there was nothing wrong with posting an honest critique, even if it happened to be negative.

SIA regularly asks for customer feedback via email, and in his opinion, Cahill felt that there wouldn’t be that much of a difference if he shared it with his audience. In particular, it seemed to make sense since travel vlogging is what he does for a living.

The belligerent online crowd that has been baying for blood, however, appear to have missed all of these finer nuances.

A message to the public

Cahill has since informed SIA about the abuse both his girlfriend and he have received, but they have yet to respond. We have also reached out to them for comment.

Despite the vitriol his video has inspired, there does seem to be some constructive discussion emerging. It is perhaps important that we focus on the good stuff, and ignore the rest.

Aside from that, Cahill wanted to express his gratitude to the many people that have shown his girlfriend and him kindness during this difficult period.

His final point, and the one we think the most pertinent, is that SIA bills itself as the best airline in the world. If all we can say to respond to criticisms of its service falls along the lines of ‘hurr durr stupid ang moh go home’, then it’s a rather sad indictment of our country.

We would go further and say that it makes us look downright absurd. Or, as one netizen put it:

Seems kind of silly, doesn’t it?