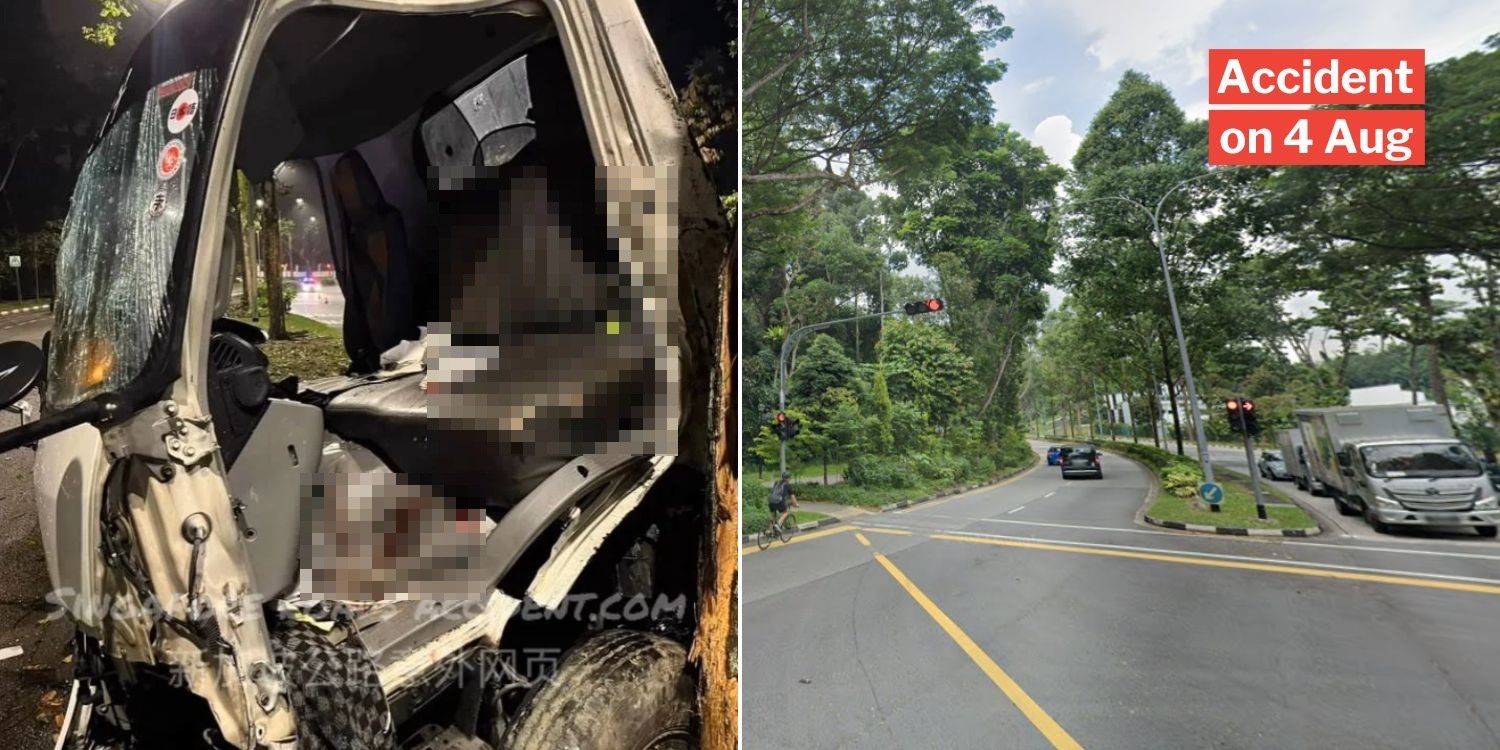 Six others were conveyed to NUH.

Traffic might be relatively light at night, but that’s no reason for drivers to let their guards down. In the early hours of Thursday (4 Aug), a fatal accident involving a lorry occurred in Jurong, resulting in the deaths of two men. 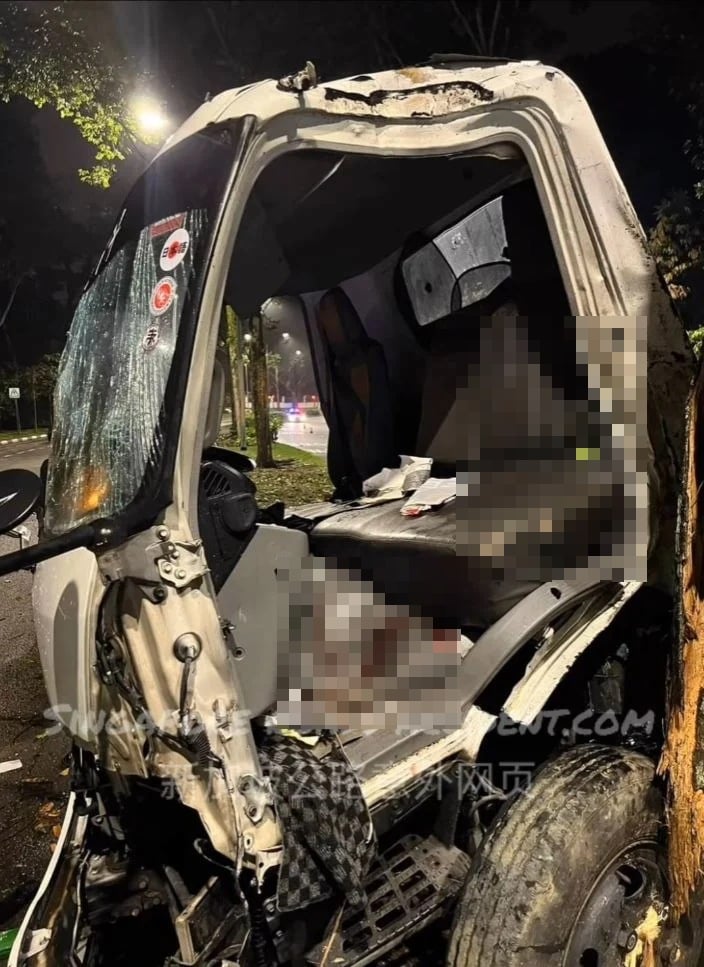 The police have since arrested a 25-year-old driver for drink driving and careless driving causing death.

Footage shared on the Singapore roads accident.com Facebook page showed the lorry completely wrecked after it seemingly crashed into a divider along Old Jurong Road on Thursday (4 Aug). 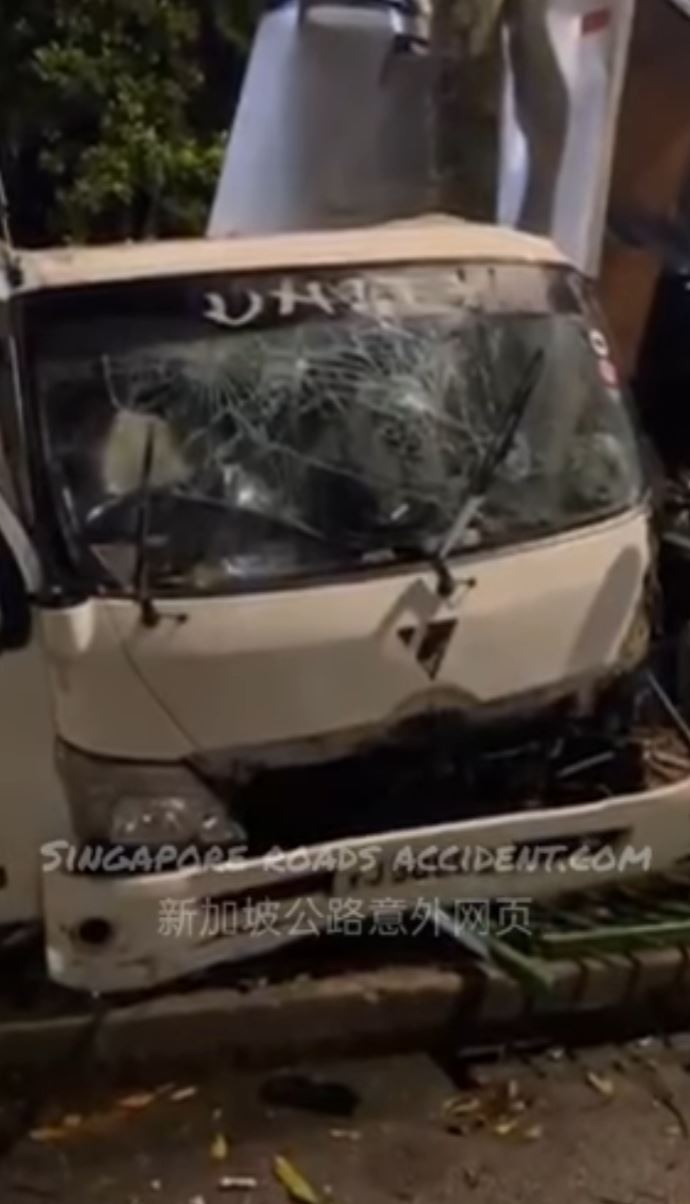 The front bumper of the lorry appeared to have fallen off while its windshield looked completely shattered. According to the accompanying caption, the lorry had crashed into a tree.

In response to MS News’ queries, a Singapore Civil Defence Force (SCDF) spokesperson said they were alerted to the incident at about 1.45am on Thursday (4 Aug).

Upon arriving at the scene, SCDF officers found two persons trapped in the front seat of the lorry. They subsequently deployed hydraulic rescue equipment to free them.

Paramedics also pronounced two men dead at the scene and conveyed six others to National University Hospital (NUH). According to The Straits Times (ST), the two deceased were 17 and 23 years old.

It’s unclear if the two casualties were those trapped in the front seat of the lorry.

Stay vigilant while driving at night

Driving at night when traffic is generally lighter is no excuse for us to be careless, let alone drive while under the influence of alcohol.

While investigations are still ongoing, we hope the police will get to the bottom of this incident to bring some form of closure to the loved ones of the deceased.

MS News extends our condolences to the family of the deceased individuals. We also hope those who were injured will make a smooth recovery.