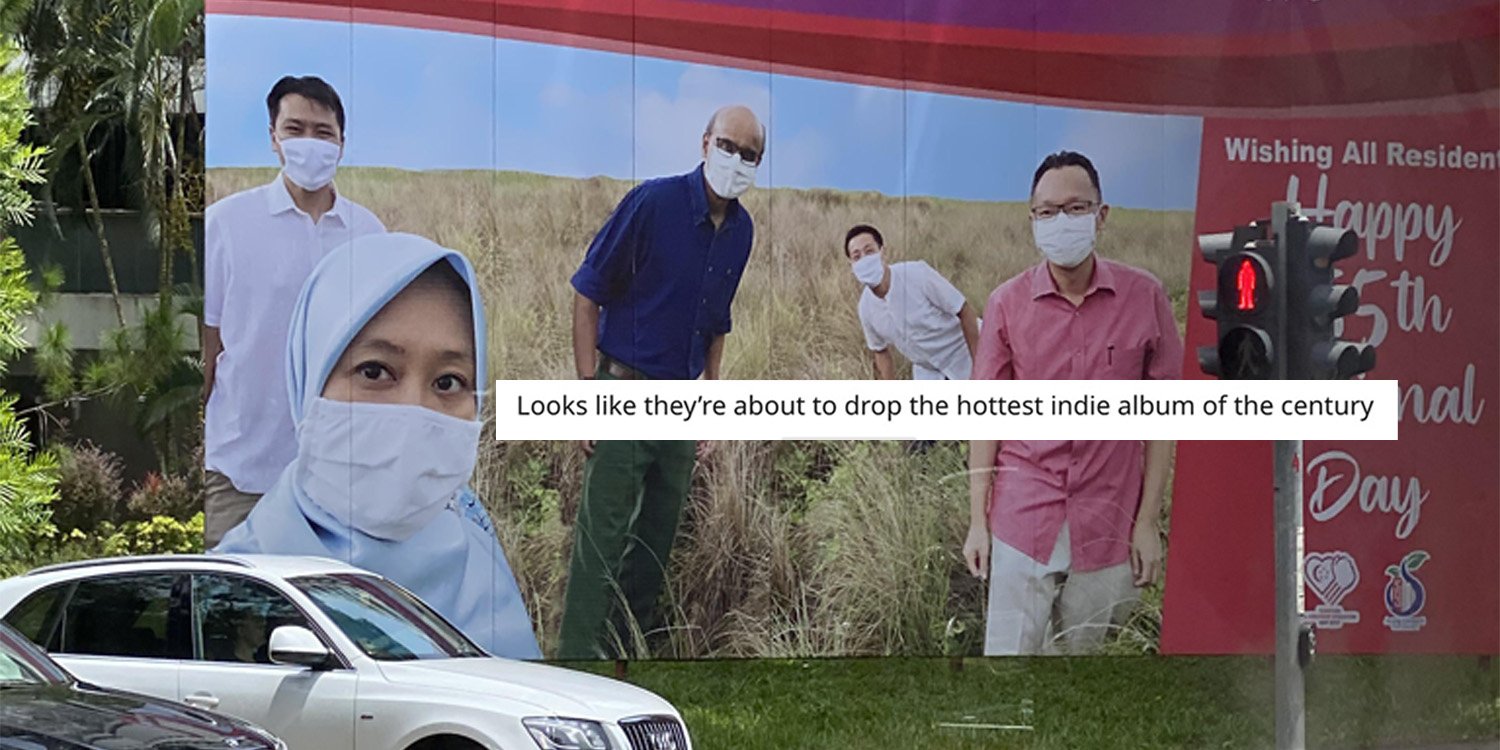 A unique take on the usual National Day banner.

It’s that time of the year again when Singapore flags adorn HDB flats across the island.

Banners of our Members of Parliament (MP) are also displayed loud and proud in our neighbourhoods, wishing Singaporeans a happy National Day.

One particular banner featuring Jurong MPs posing on an empty field recently captured the attention of netizens, reminding some of indie album covers. The usual formal and photoshopped banner was nowhere to be seen. In its place was a casual photo of the 5 Jurong GRC MPs, wearing masks and socially distanced from one another.

Singaporeans are accustomed to seeing our MPs faces plastered on banners.

Banners usually have a pristine, clean look. It often shows our representatives posing formally, edited close together with a photoshopped background. 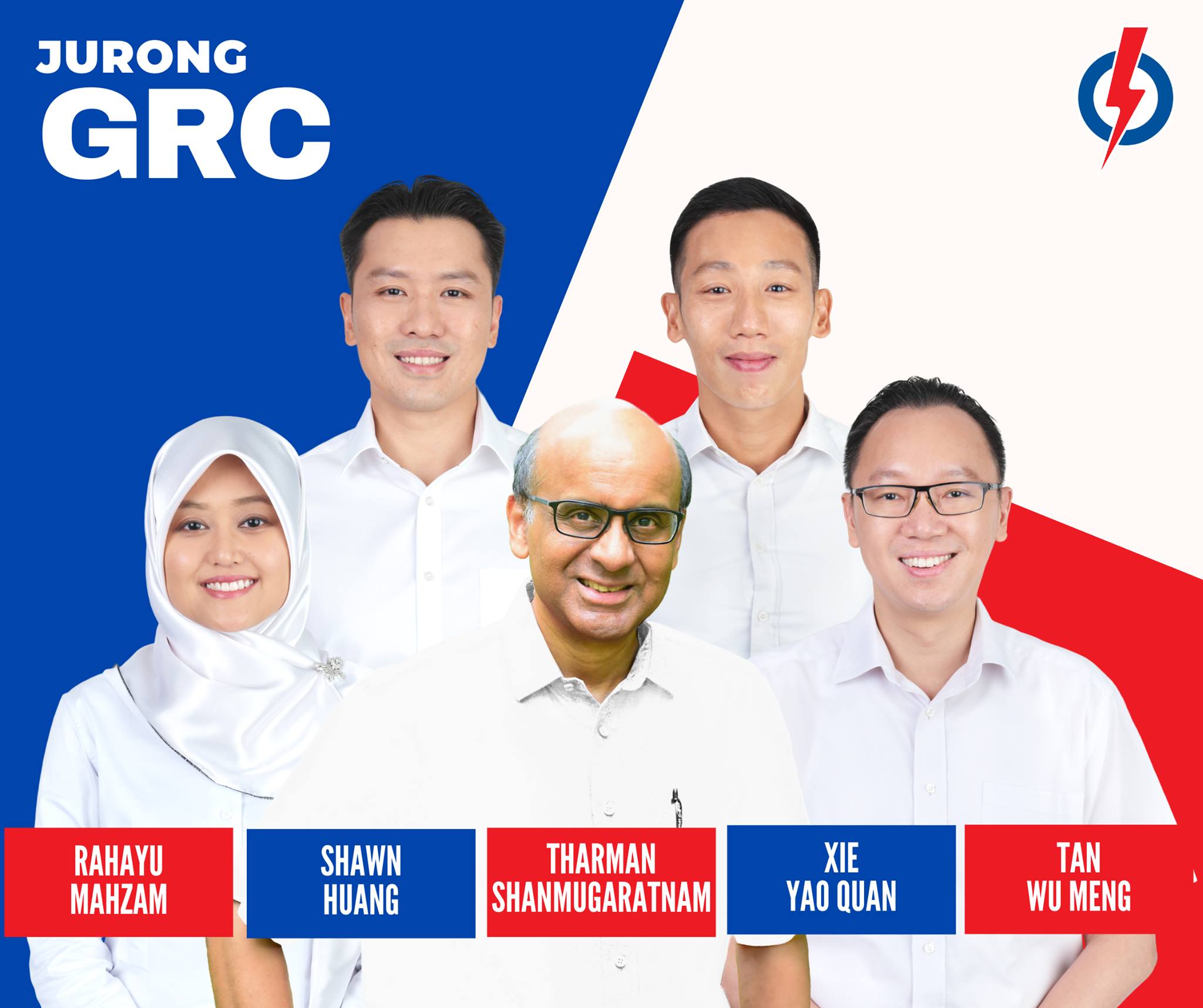 This time, however, the MPs from Jurong GRC chose to take on a more unconventional approach of posing for their National Day banner.

The banner shows them wearing their face masks, and socially distanced on an empty field. 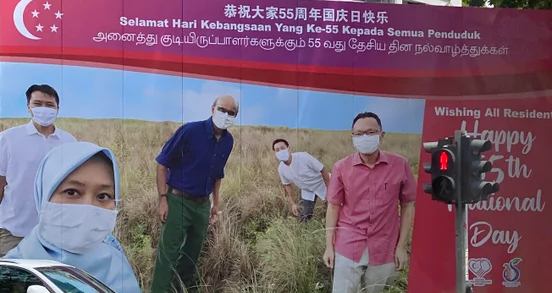 Redditors had loads of fun discussing the photo on the banner. Most concurred that it looks as if the MPs were posing for a music album cover.

This netizen commented that it looked like they were about to drop the “hottest indie album of the century”. His comment garnered over 1000 votes.

Others thought the photo was more suitable for a country genre album.

This netizen even formed his own rendition of the famous country song, ‘Take Me Home, Country Road’, parodying it to ‘Take me home to Jurong’. 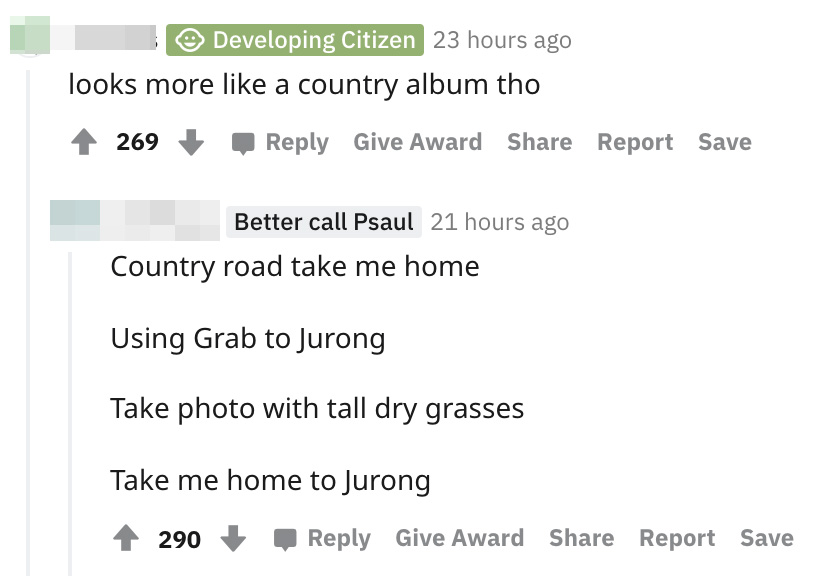 Some joked that Ivan Lim could be the guest feature on the Jurong MPs’ album.

A meme group created this edited version of the photo, featuring Ivan Lim on ‘vocals’. 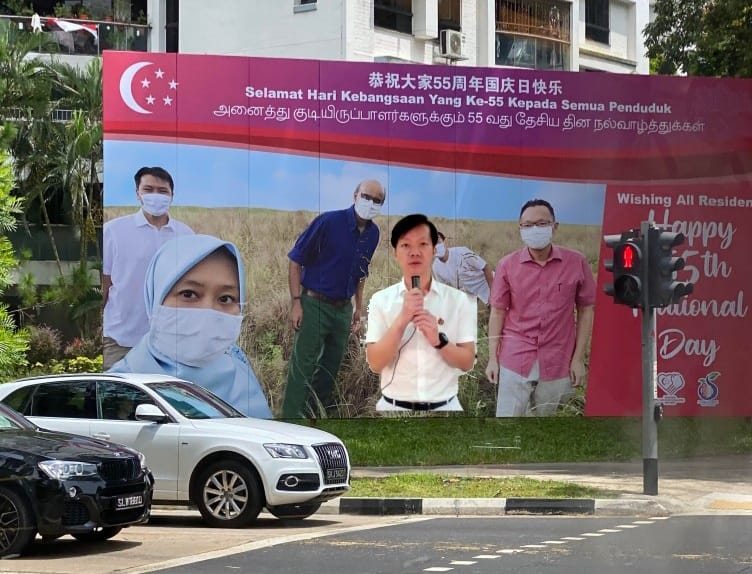 Jokes aside, many netizens also found the photo a refreshingly nice change from the usual sterile and professionally photoshopped banners.

Many touted it as funny and creative.

They also liked that it made the MPs seem more personable than the typical “school class photos”.

A more personable representation of our politicians

Politicians have indeed been getting creative with their posters and banners.

This is perhaps an attempt to represent them in a more down-to-earth manner.

Recently, we have also seen the efforts of many MPs trying to be more relatable to the common man. Ridding the idea of lofty politicians being distant from ordinary citizens can perhaps do Singapore some good in the long run.

What do you think of the Jurong GRC banner? Share your thoughts with us in the comments below.