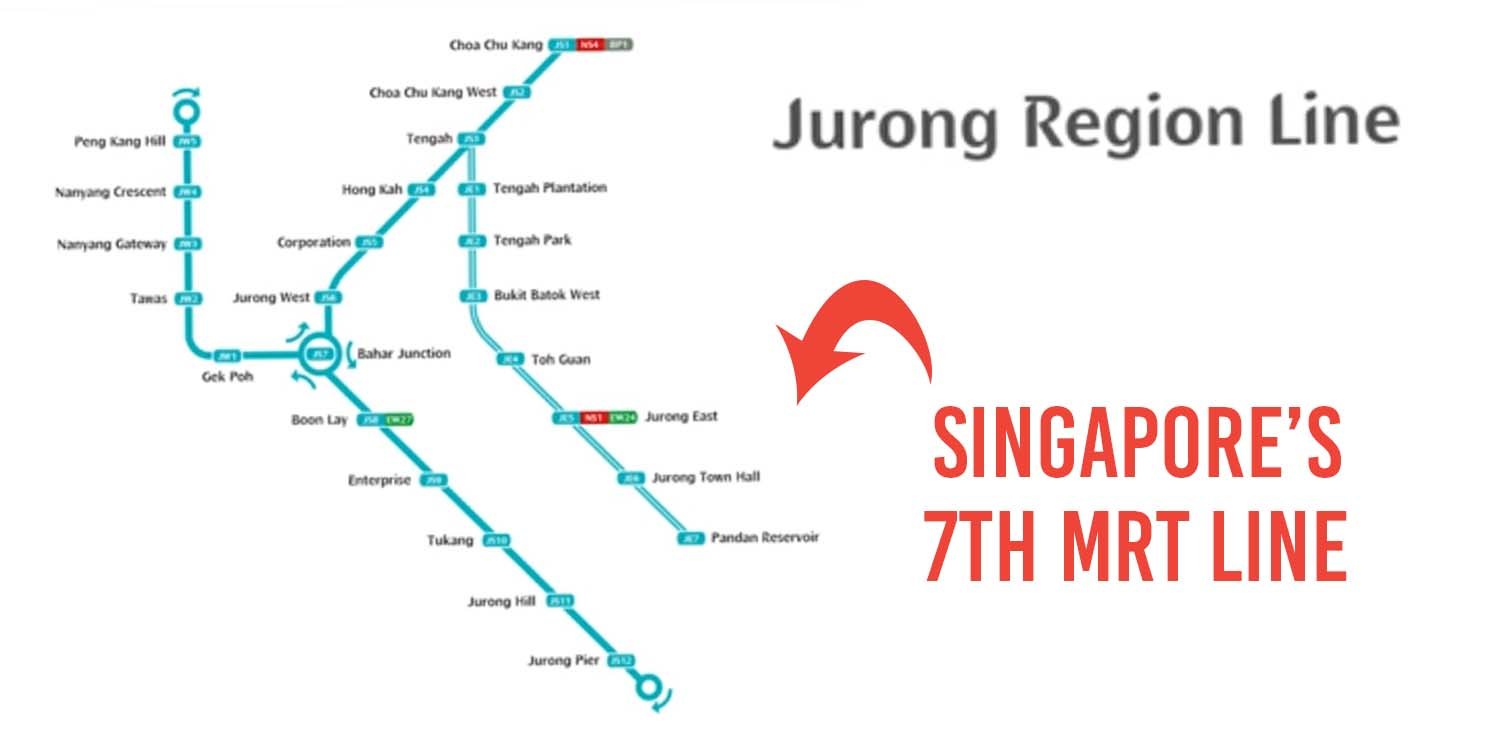 Nanyang Technological University (NTU) students have long been the butt of jokes about “pulau NTU” because of the far flung location of their school’s campus.

But the new Jurong Region Line (JRL) is a chance for NTU-ers to redefine their geographical relationship with the rest of Singapore.

No longer will NTU be an island, and the residents of the west, islanders.

Set to open in 3 phases from 2026, JRL will serve western Singapore and the upcoming Jurong Lake District, the largest commercial hub outside the central business district.

The line will also act as a gateway to Malaysia, with connections to the Kuala Lumpur-Singapore High-Speed Rail.

On Wednesday (9 May), Transport Minister Khaw Boon Wan revealed the exact alignment of the JRL.

The system will be the first in Singapore that will be completely above-ground: 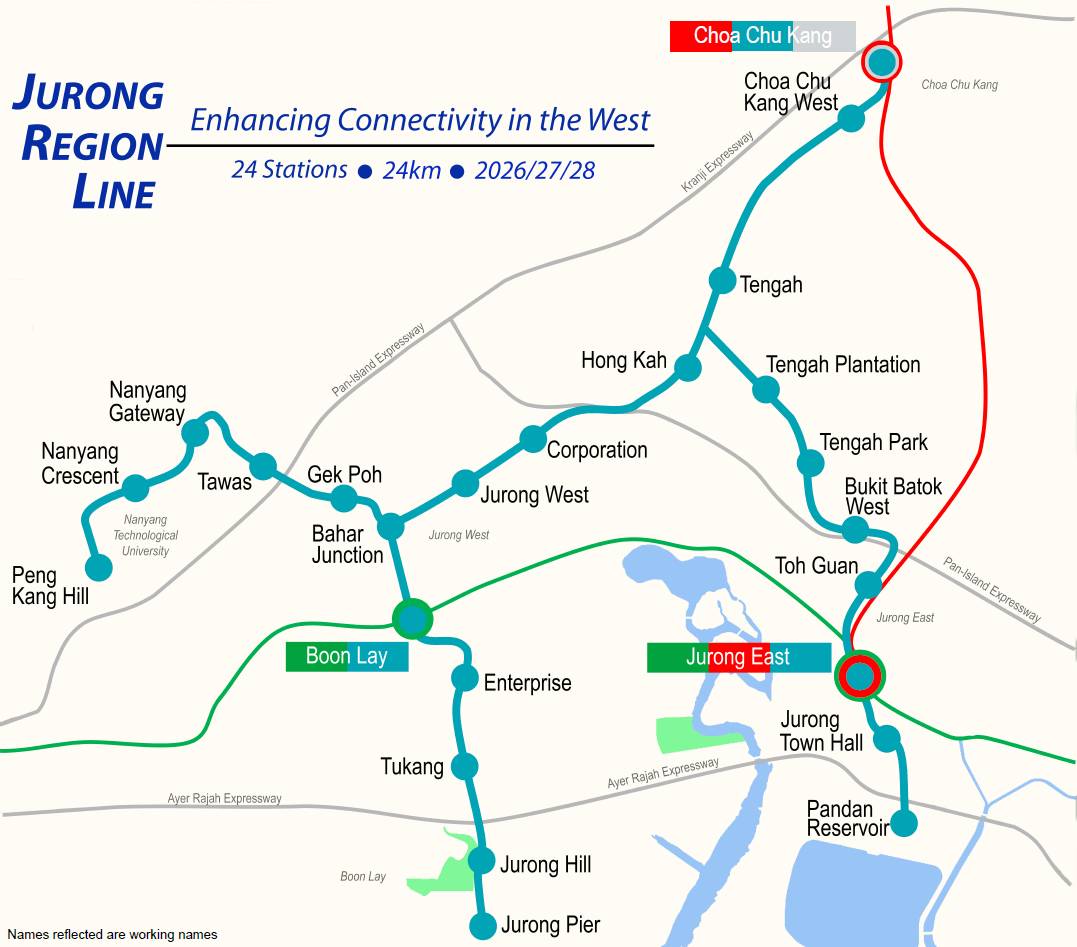 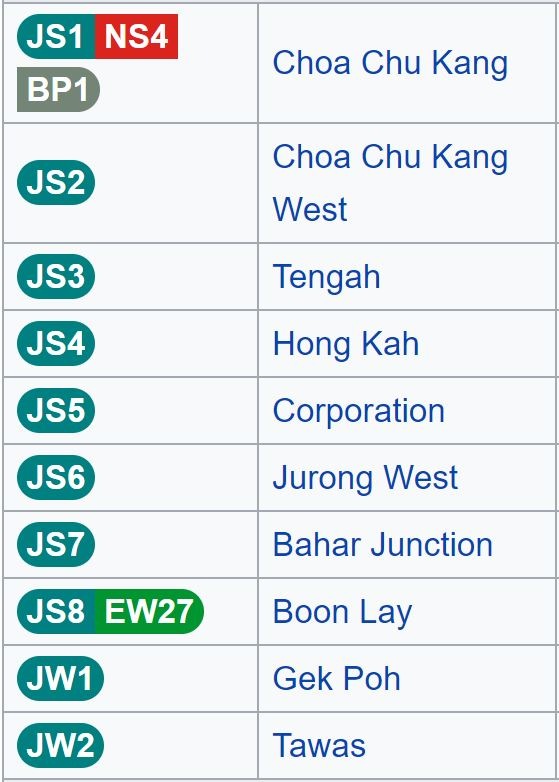 The first stage is expected to be ready by 2026. It features two connections to existing lines:

[The intersections] will help to distribute and relieve train loading between Choa Chu Kang and Jurong East stations, so that commuters can enjoy more comfortable rides.

Stations along the 2nd stage will open in 2027. 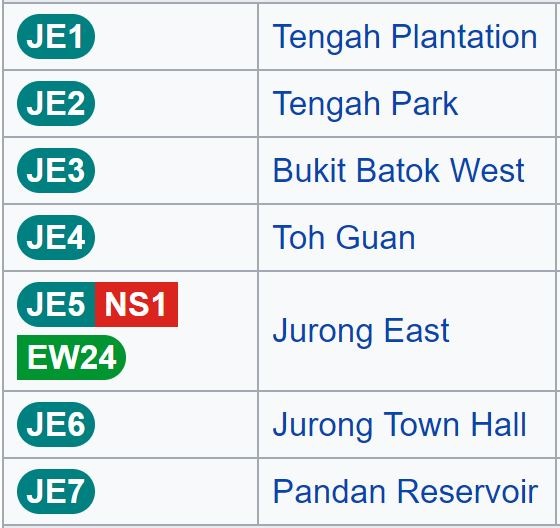 When it does, Jurong East station will become the Dhoby Ghaut of the west, with three intersecting lines. 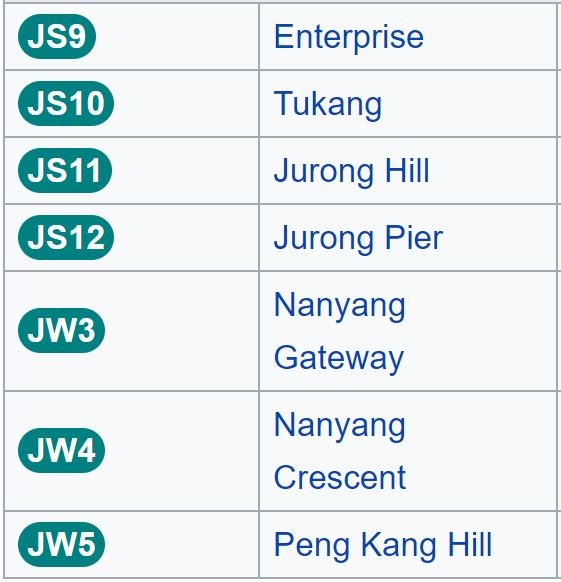 According to the Land Transport Authority, Singapore’s latest MRT line will give 60,000 more households access to a train station by a 10-minute walk.

Ridership is expected to hit 200,000 commuters when the line first opens in 2026, and swell to above 500,000 after the entire line and major projects in Jurong are completed. These projects include the Jurong Innovation District, Jurong Lake District and the new Tengah estate.

To make way for the project, the Government will reacquire some 24,000 sq m of land.

Places to go include Block 303 at Choa Chu Kang Avenue 4.

This carpark currently houses 190 lots and as many as 8 commercial units on the first floor.

Affected tenants have to vacate their premises in November 2019.

And for aficionados who like to know exactly how many windows there are on a train, here are some fun facts about the trains that will ply the new line:

And quick note to Jay Tan: the train opens in 2026, in case you need to set an alarm in advance. 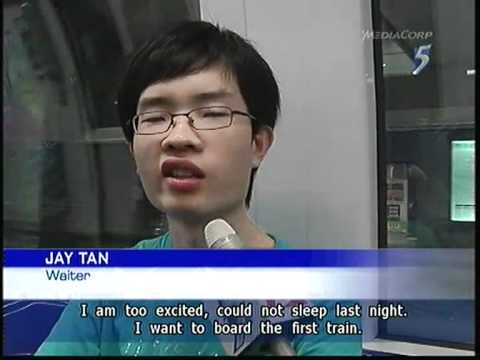