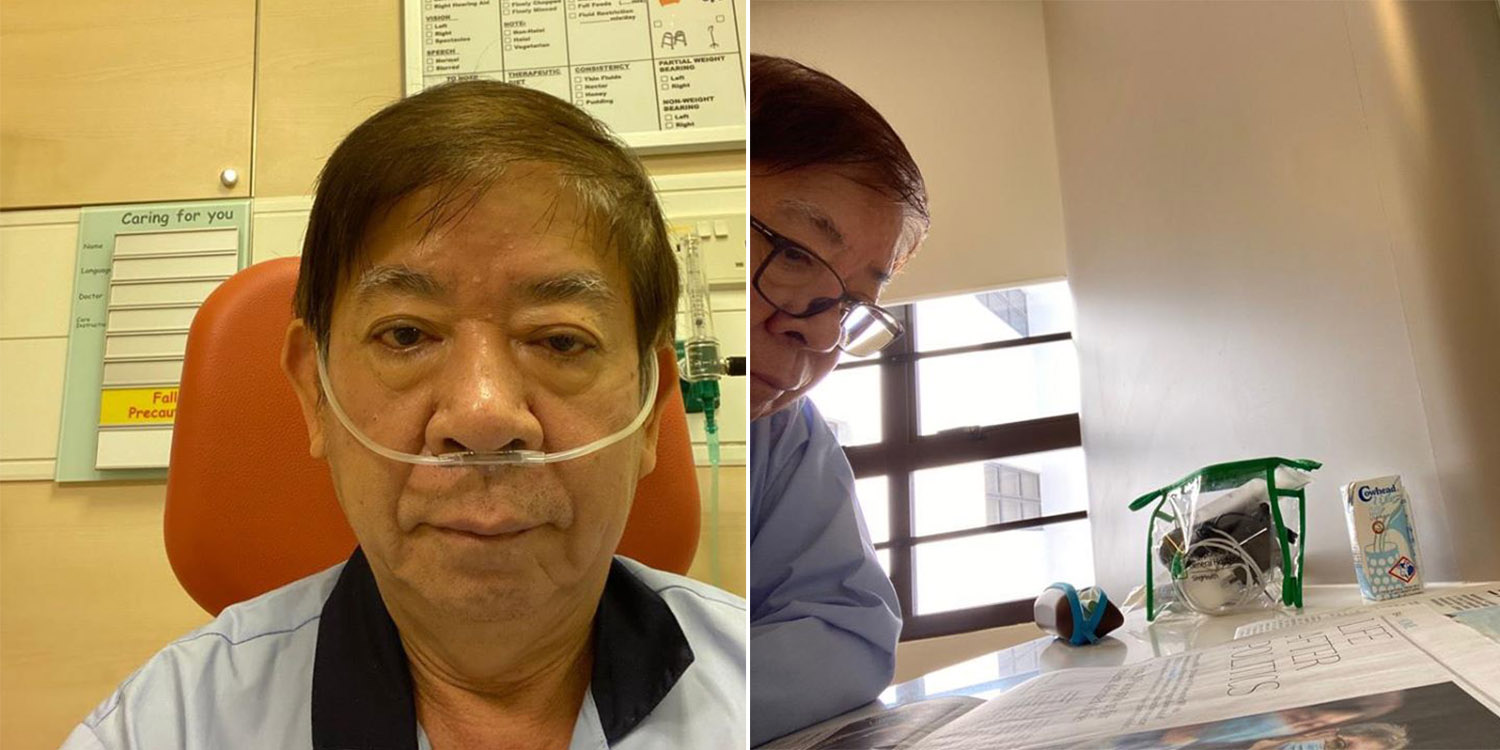 Update (4.50pm): The Straits Times (ST) confirmed that Mr Khaw has been diagnosed with dengue fever.

With dengue infections expected to set a new annual record, Singapore faces a dengue outbreak on top of the Covid-19 pandemic. 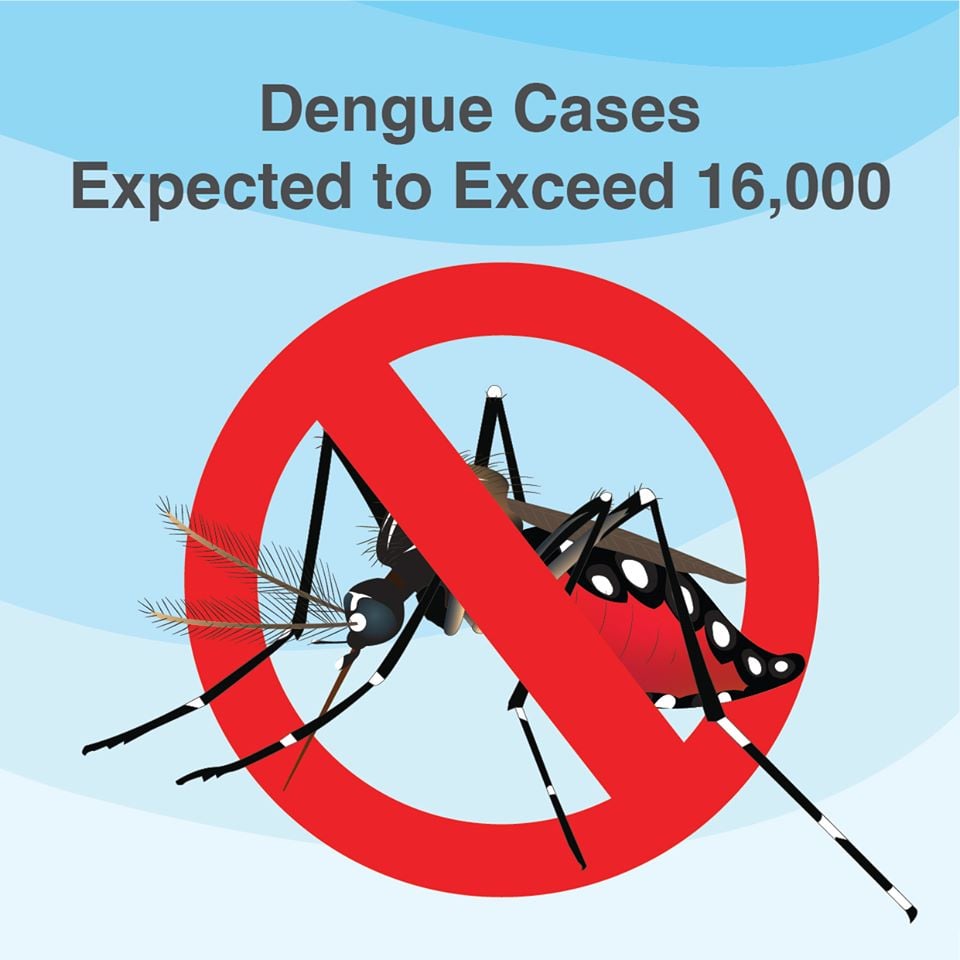 While we remain vigilant in our fight against both outbreaks, we should also follow in the footsteps of Minster Khaw Boon Wan and remain positive despite enduring these setbacks. 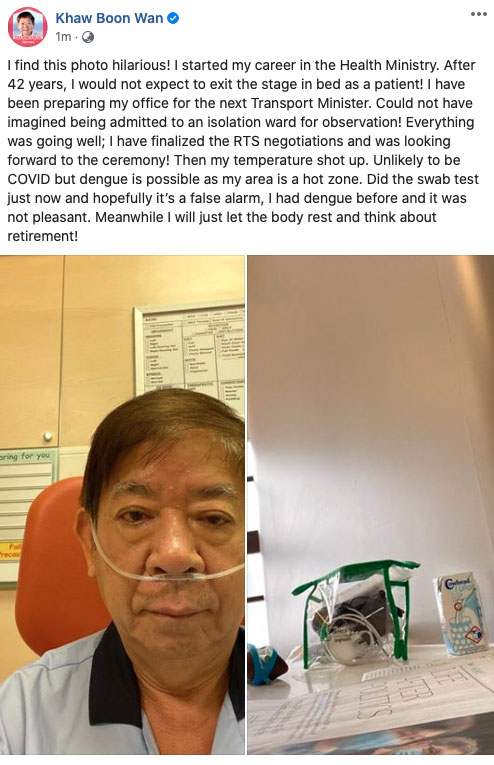 Through his Facebook post on Thursday (23 Jul), Mr Khaw shared with Singaporeans that he is currently observed in an isolation ward after recording a temperature spike.

Mr Khaw shared via Facebook that he is being warded in an isolation ward for observation after recording a temperature spike. 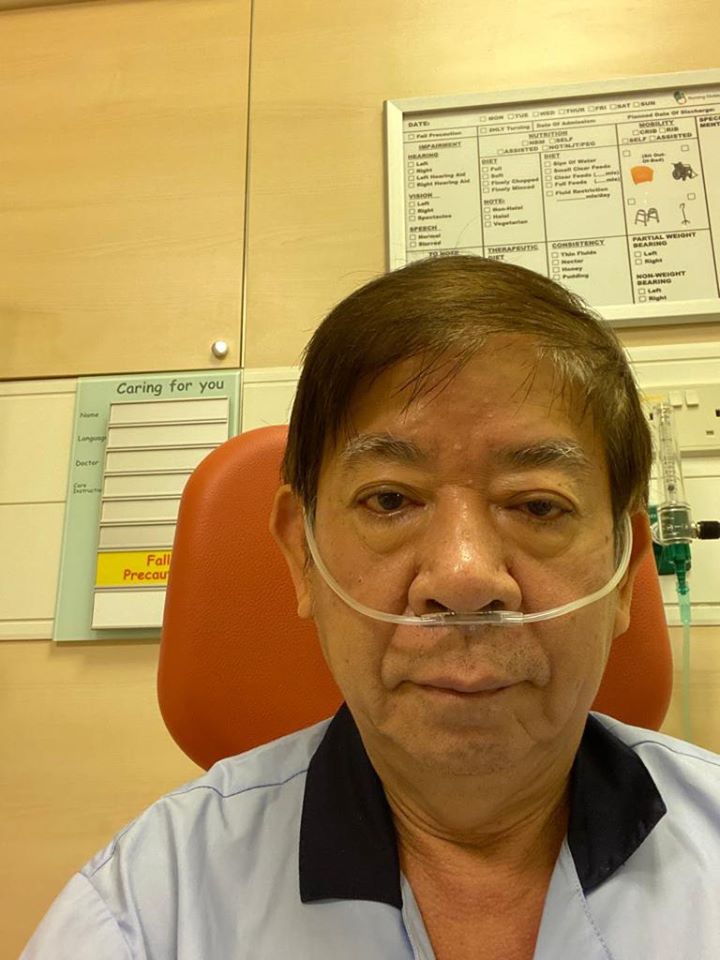 Khaw who has also undergone a Covid-19 swab test is hopeful that results will turn out negative.

Instead, he believes his fever is likely caused by dengue, as he resides in a dengue hotspot.

However this is not his first encounter with dengue, having had an unpleasant experience with it before.

The Transport Minister also shared that he had recently finalised negotiations on the Singapore-Malaysia Rapid Transit System (RTS) and was looking forward to attending the ceremony.

Singapore-JB RTS Link May Be Ready In 6 Years, Agreement To Be Signed On 30 Jul

The RTS opening ceremony taking place next Thursday (30 Jul) will see Singapore and Malaysia linked via a rail network.

However, Mr Khaw is not letting his hospital stay demoralise him.

Instead, he found it ‘hilarious’ how he started his civil service career at the Ministry of Health (MOH) and is now exiting his career via a hospital bed.

Mr Khaw – who announced his retirement from politics earlier in June – is maintaining his positive attitude as he looks to use his time at the ward to recover and look forward to his retirement. 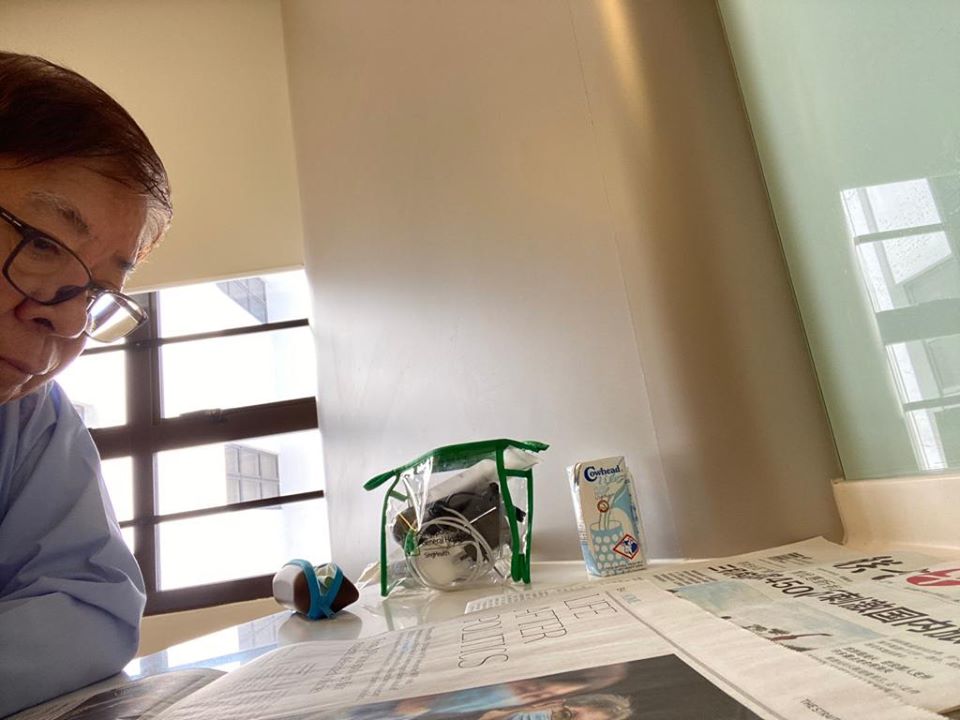 MS News would like to thank Mr Khaw for his many years of service and wishes him a speedy recovery.