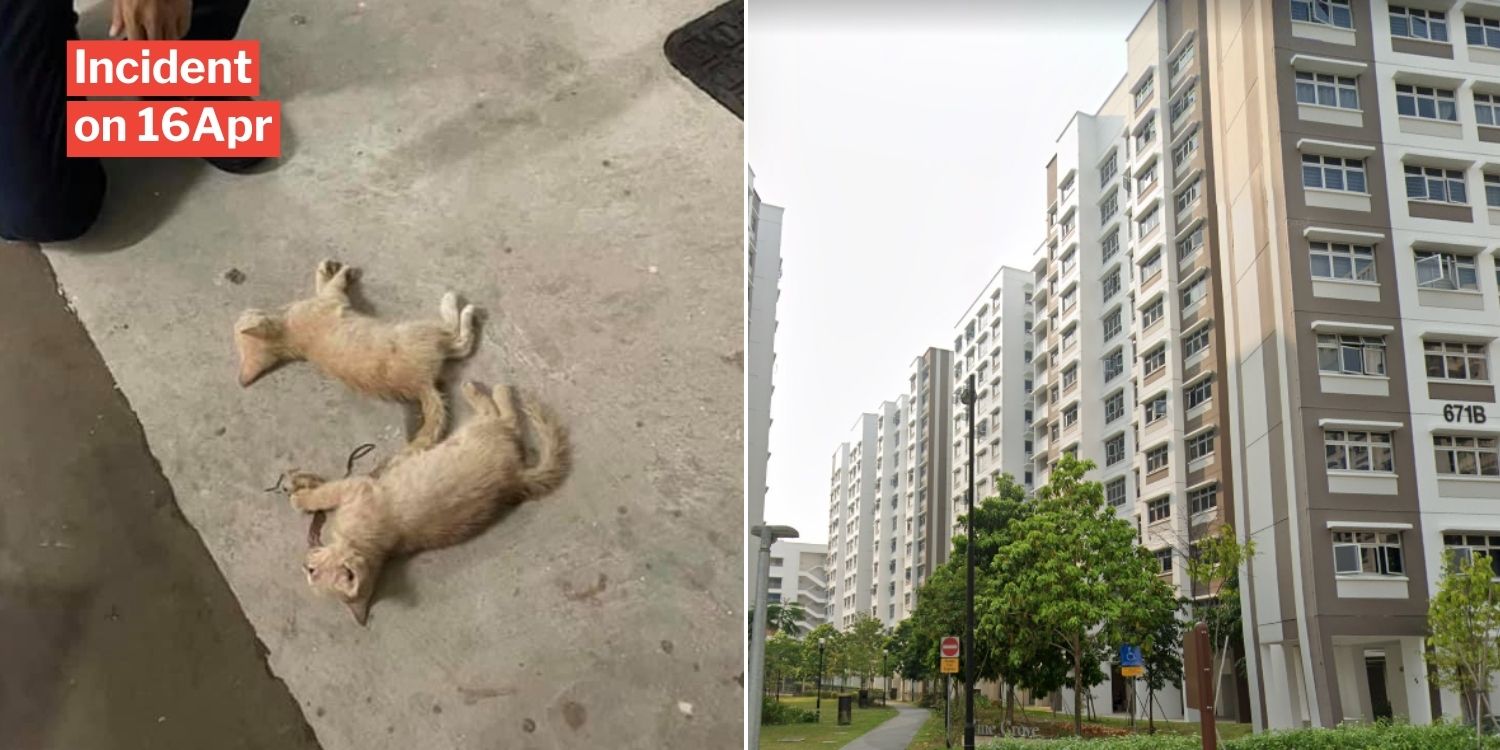 At a point in time, Yishun became rather notorious for a spate of cold-blooded crimes towards cats in the neighbourhood. Though it seemed like things were getting slightly better, an incident involving 2 kittens recently proves otherwise.

Found dead at the foot of a HDB block, cat feeders and lovers are suspecting that someone may have thrown them down.

Devastated by the incident, they’re now appealing for witnesses.

2 kittens found dead at the foot of a Yishun block According to them, someone had found the cats at the foot of Blk 671A Yishun Ave 4 at around 10.05pm that night.

The felines, which looked to be rather young kittens, were allegedly not breathing upon the discovery.

Yishun Cat Patrol shared a screenshot of a conversation, likely with that person, who claimed that their neighbour had committed the heartless act. 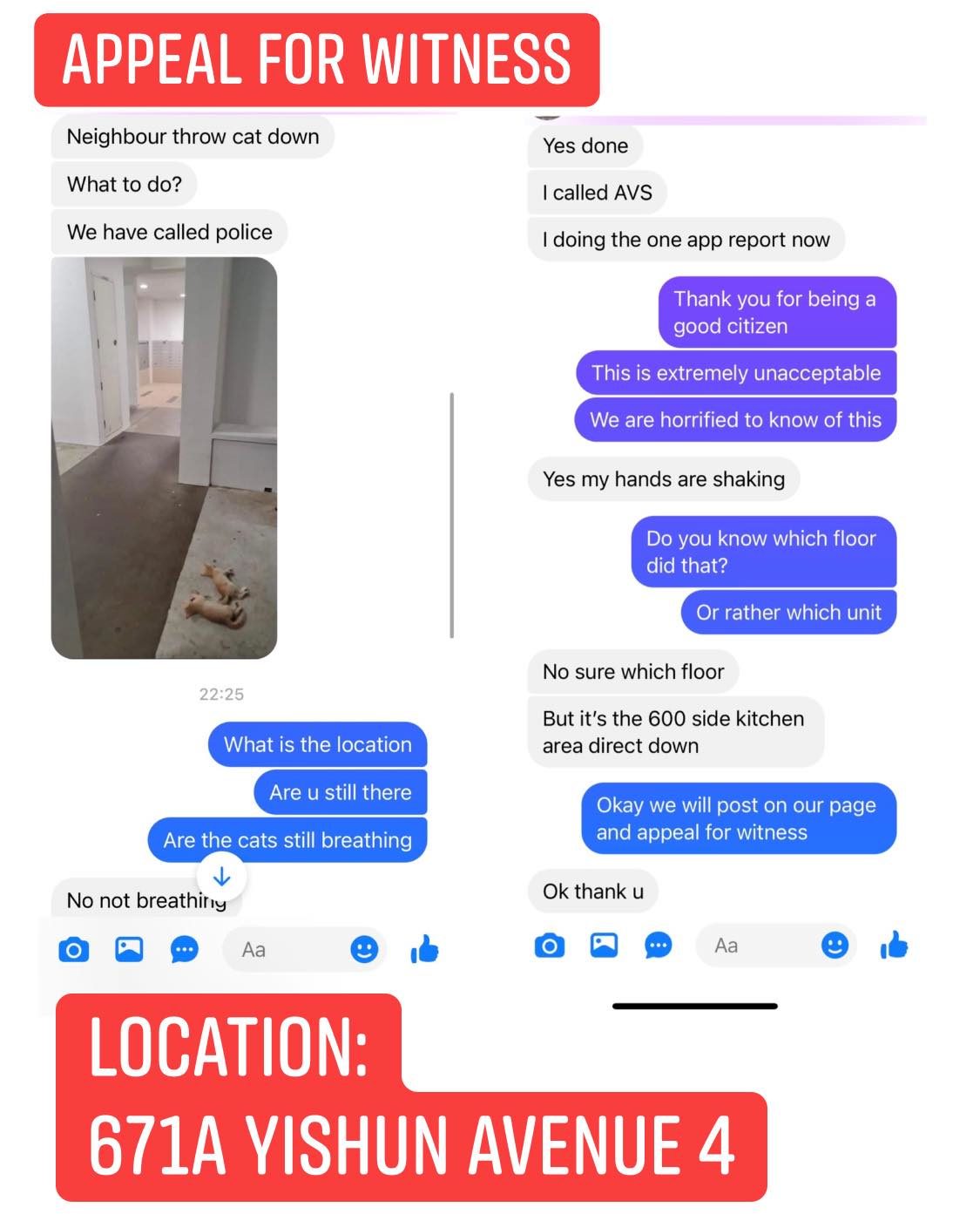 However, they likely need stronger evidence, which is possibly why they’re seeking witnesses of the incident.

The screenshot also showed subsequent actions from the Yishun resident, who apparently called the Animal & Veterinary Service (AVS) and made a police report.

A policeman appears to be inspecting the kittens in a photo, indicating that they did arrive at the scene soon after. 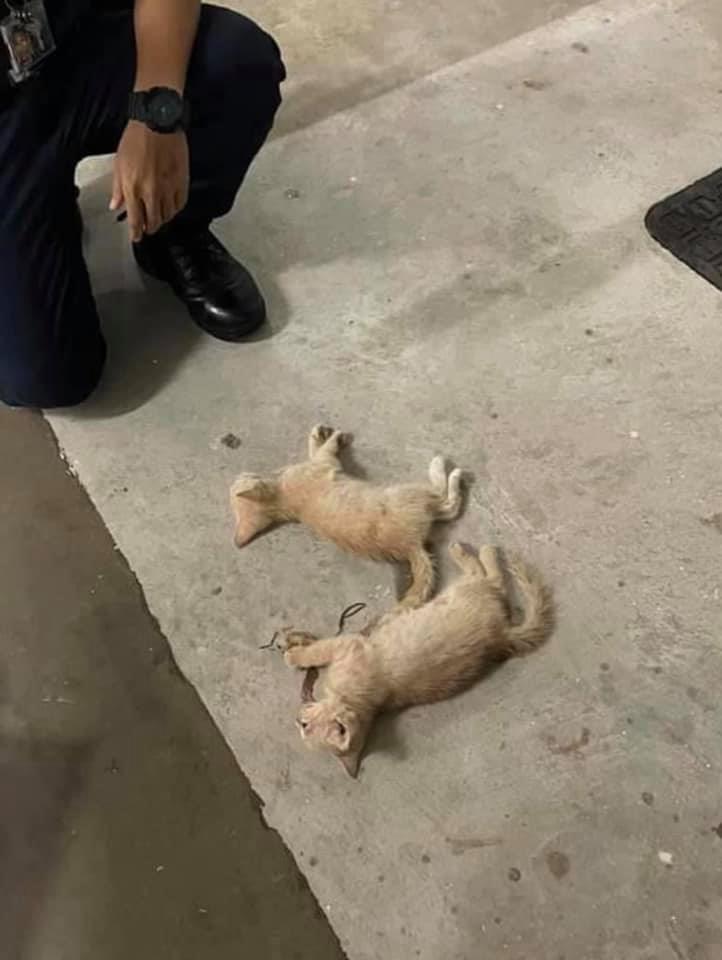 What follow-up actions transpired is unclear, though MS News has reached out to both the Singapore Police Force (SPF) and AVS for comments. We’ll update the article once more information is available.

If you happen to have any useful information regarding the incident, you may contact Yishun Cat Patrol via Facebook here.

Hope authorities will find the culprit

Seeing the helpless animals, especially at a such a tender age, lying lifeless on the ground is heart wrenching.

Probably dependent on loving humans to care for them, suffering a cruel twist of fate this way is absolutely devastating.

We hope that the authorities will investigate the matter and find the culprit.

Hopefully, they’ll face the consequences for their actions, and will never do it again.