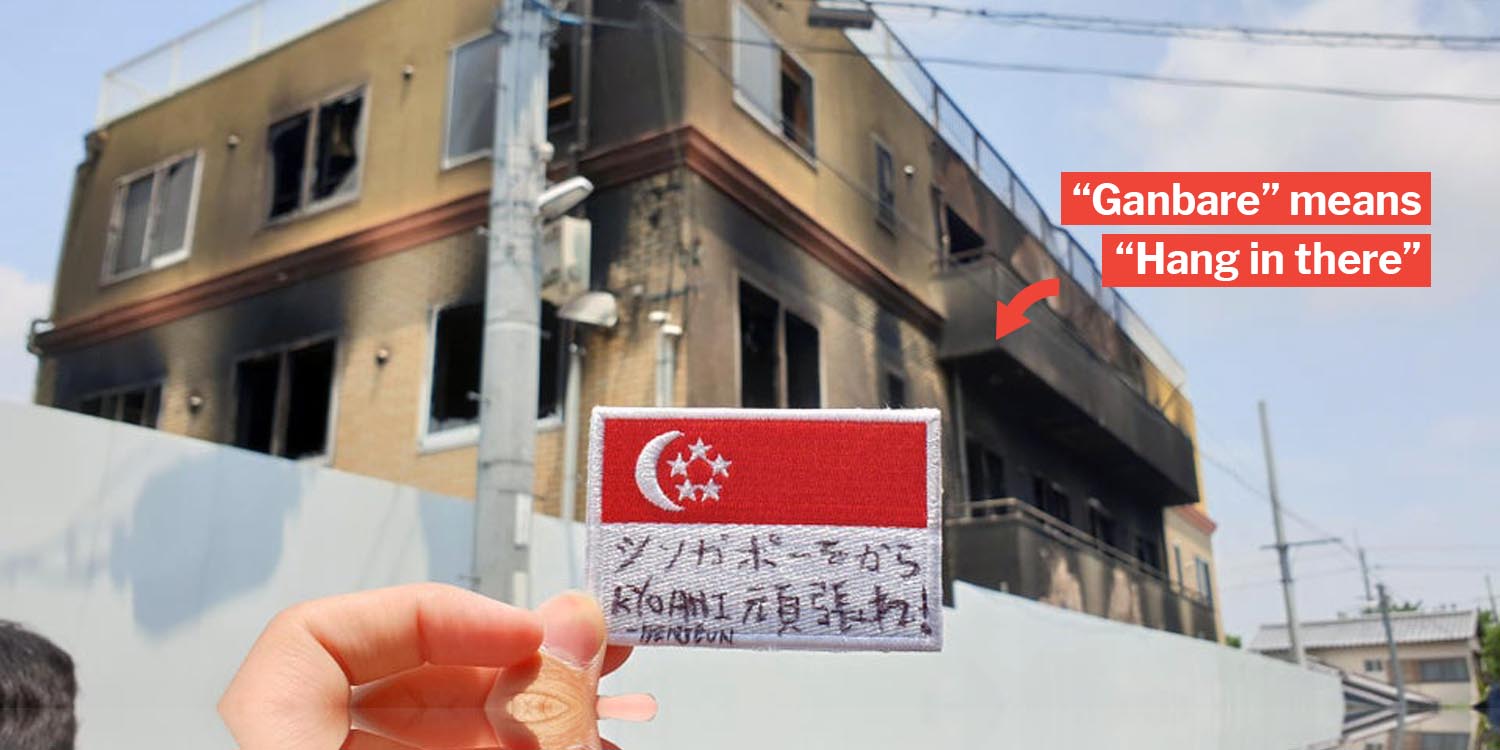 The tragic news devastated the anime world, including Singapore’s community, as local fans are familiar with KyoAni “slice of life” productions like K-On! and Clannad.

One such Singaporean happened to be travelling in Osaka this week.

He made a detour from his planned trip to head to Uji, Kyoto – where the studio was located – to send his love on behalf of all Singaporeans.

Hang in there, KyoAni

On behalf of all Singaporeans, KyoAni, hang in there!

In the comments, we learnt that he passed the signed velcro patch to a KyoAni staff at the site.

Throughout the past week, many mourners have also gathered near the building to leave flowers and pray. 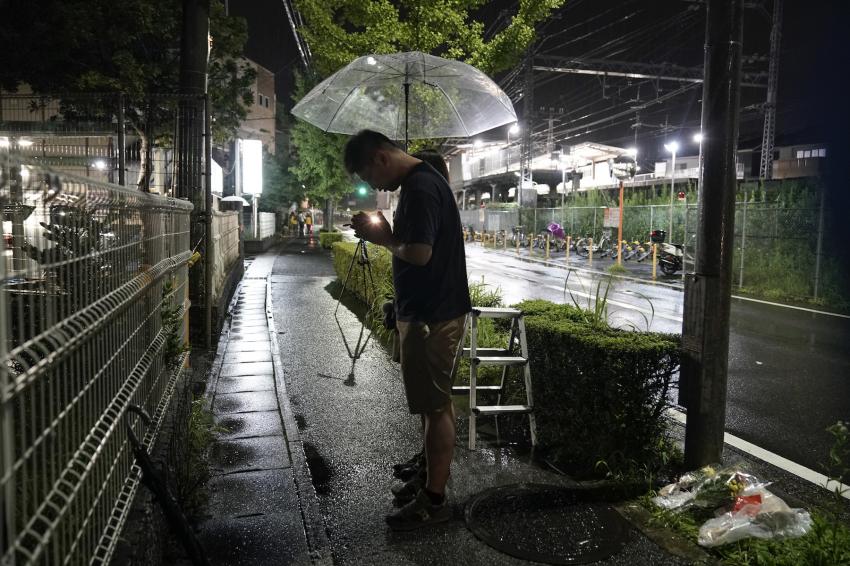 Redditors convey their thanks

Many Redditors thanked the OP for going out of his way and reaching out to KyoAni on behalf of Singaporeans.

OP said it was his honour to do so as he is currently in Japan.

Saying “arigatou!” – thank you in Japanese – this Redditor shared that KyoAni “brought love and hope” to Singaporeans through their heartfelt productions.

Another spared a thought for all the deceased, as every one of them “had a part in the making of our favourite films.”

According to Japan Today, the terrifying blaze, launched by a 41-year-old man who shouted “Die!” before setting the building on fire, shocked animation fans in and outside Japan.

Prime Minister Shinzo Abe tweeted that he was speechless at the magnitude of the destruction. 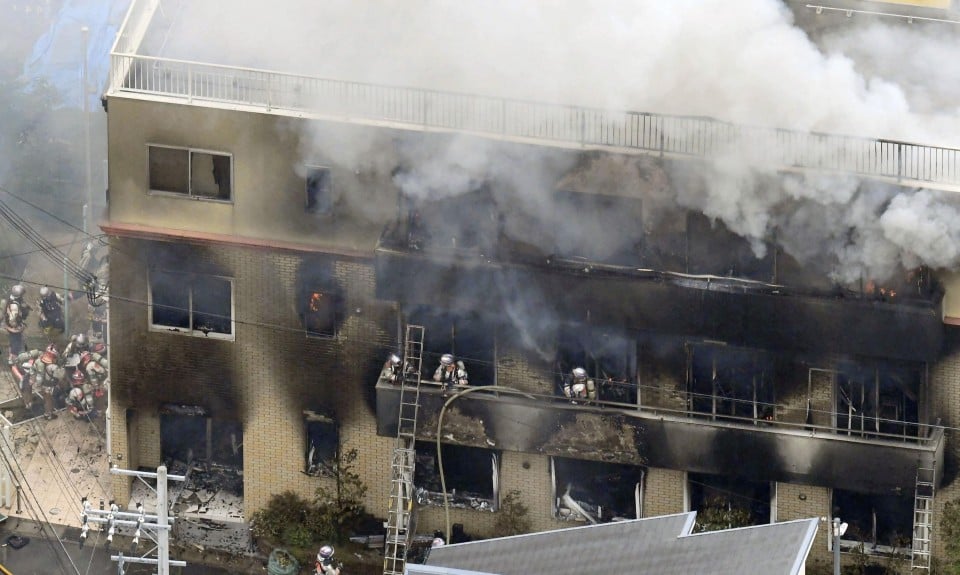 The tragedy also angered fans, who prayed and mourned for the victims on social media. To help the company rebuild, they also kick-started a cloud-funding site.

While we are collectively moved by the Redditor’s gesture to convey well-wishes to the victims, do note that it is a potentially risky endeavour.

Under Section 9 of Singapore Arms and Flag and National Anthem Rules, no one shall produce or display any flag which bears any graphics or word superimposed on the design of the flag.

In this situation, there was no disrespect for the Singapore flag. But those who wish to follow suit are encouraged to consider other ways that doesn’t involve writing directly on the flag’s design.