When The Auntie From Next Door Starts Slashing Your Laundry

Some of us may worry about having our laundry stolen whenever we hang it outside.

But for the Aldaqi family of Henderson Crescent, they have something else to worry about — having their laundry slashed.

Last November, the family of 6 had left their laundry outside and gone on a holiday.

When they returned and took the clothes in, they were appalled to find clean, long cuts running through a number of them.

Madam Yanny, the 53-year-old mother of 4, told STOMP that that was the first time they found their laundry slashed. 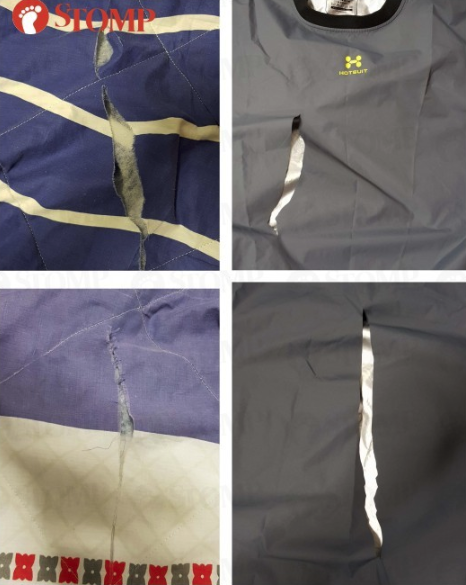 Don’t you just hate it when your shirts get cut up by strangers?
Source

The family continued to find their clothes slashed.

Finally, out of frustration, they installed a CCTV to try and catch the culprit.

And sure enough, the culprit came by again.

Reviewing the tapes, the family was shocked to discover that it was actually their neighbour.

CCTV footage from 8 Sep showed the unassuming auntie casually brushing her hand against the laundry. 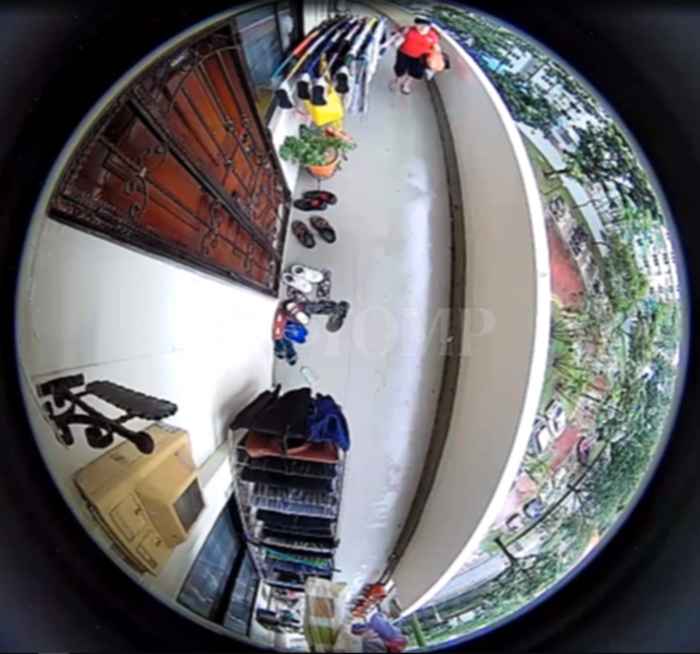 Footage recorded at about 8.26am on 8 Sep
Source

But upon closer inspection, they saw that she was holding a penknife and was actually running it through the clothes. The mystery is solved.
Source

They have never spoken to her before

The family revealed that they have never had any disagreements or quarrels with the next-door auntie.

In fact, the two parties have never even spoken before. Mdm Yanny said of her neighbour:

So it’s anyone’s guess why she would do such a thing.

Maybe, like some people, she just wants to watch the world burn.

Fortunately, that happened to come in a relatively harmless, but nonetheless frustrating, form of slashing other people’s laundry. 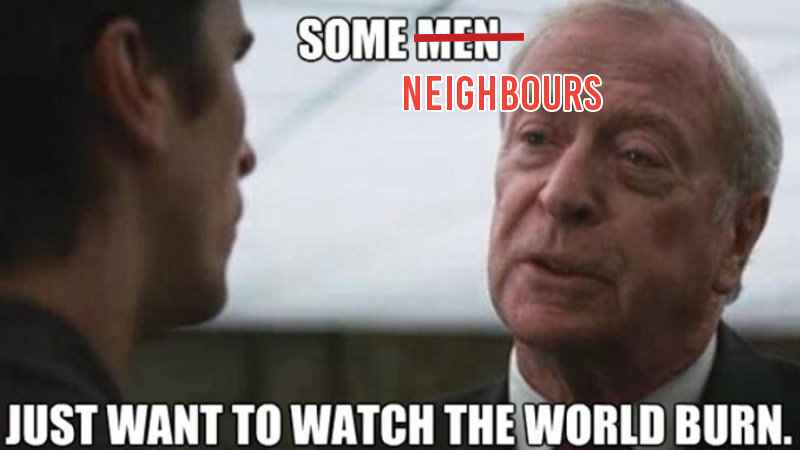 Thankfully, she didn’t casually rub gasoline and then a matchstick
Source

Fearing for their children’s safety

Both Mdm Yanny and her husband also expressed fear for their children’s safety. She said,

I used to leave my door open and gate unlocked. I don’t feel safe anymore.

If I were living next to someone whom I’ve never spoken to before and she starts coming by every now and then to cut holes in my clothes — I’d be frightened too.

I mean, what’s next, she starts rubbing China-made skin irritants onto my clothes or tossing tarantulas into my house?

Decision to move out

Unsurprisingly, the family has since made the decision to move out.

Mdm Yanny added that the decision was also motivated by the additional stress put on her husband, who is currently undergoing treatment for cancer.

He goes through tremendous pain and even then he worries about checking his phone to review the CCTV footage and make sure our children and home are safe.

As for the slashed clothes, maybe they’ll leave it as a farewell gift to their neighbour.