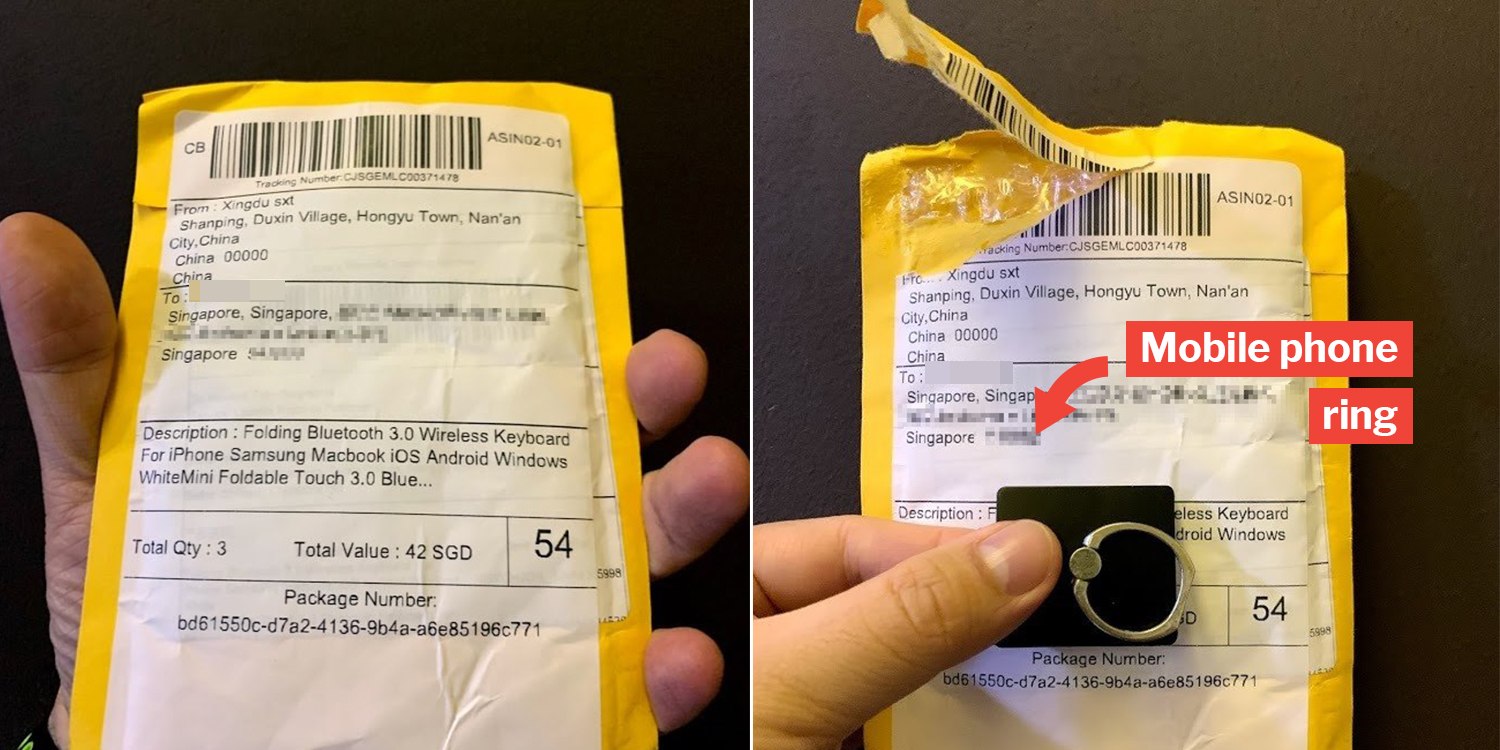 Update (6 May, 3.30pm): Mr Toh received a call from Lazada’s CEO yesterday (5 May) and has received a full refund for his purchase. The listing has also been taken down. According to him, Lazada’s security team is “currently investigating the motive behind these sellers.”

Lazada also issued an official statement on the matter:

“We have taken immediate action to resolve the matter, and the relevant product listings have been delisted pending further investigation. We are committed to providing a trusted and reliable shopping experience for our customers, and are constantly taking proactive steps to ensure sellers adhere to our guidelines and policies.”

Online shopping has become so ubiquitous nowadays, with many transactions made via platforms such as Lazada.

On Saturday (4 May), one particular customer took to Facebook to share his experience getting a refund for the wrong product Lazada had previously shipped to him. 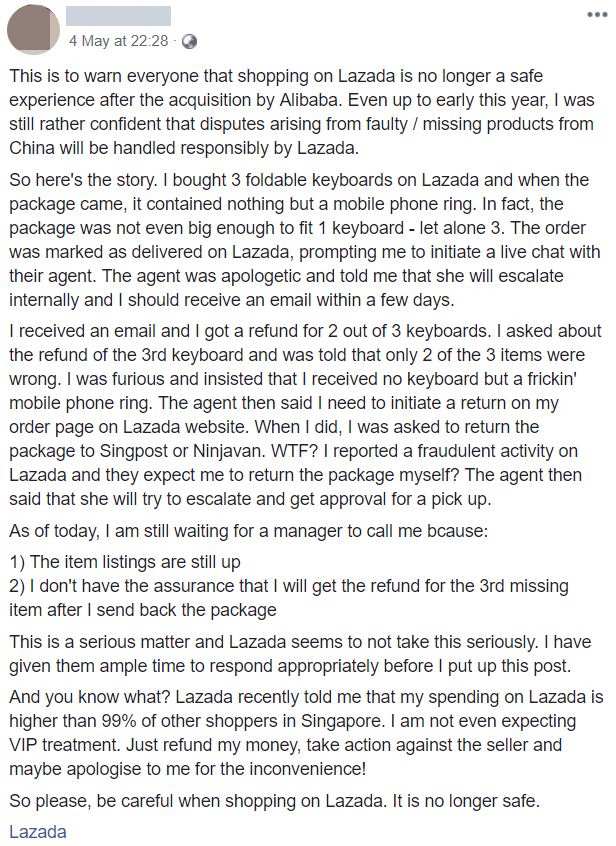 The customer, Mr Toh, had made a purchase on Lazada for 3 foldable keyboards.

However, when the package arrived, he sensed that something was amiss as it was too small to fit even a single keyboard. Sure enough, he opened the wrapping to find a mobile phone ring instead of the foldable keyboards. 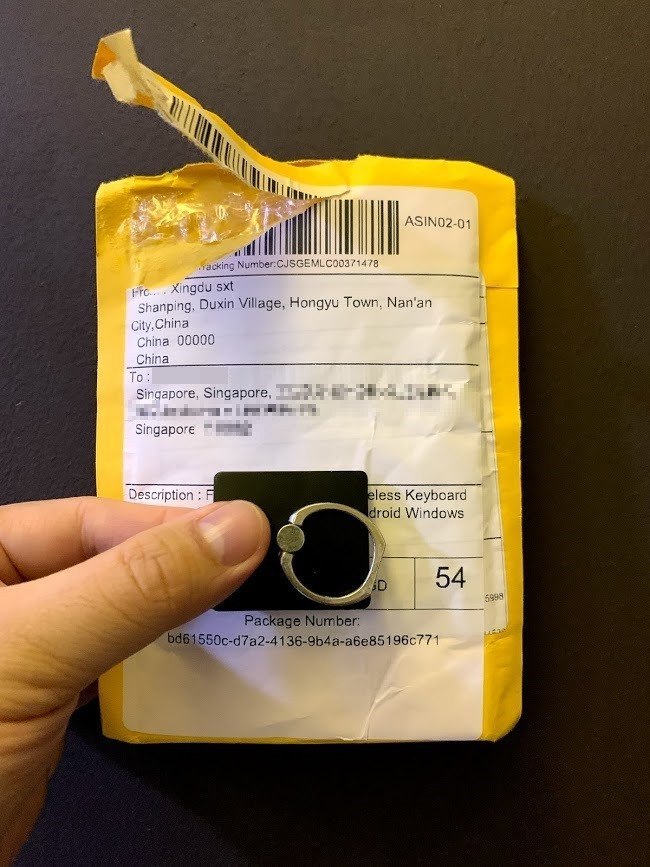 Refunded for 2 out of 3 keyboards

Despite the mistake, Mr Toh discovered his order was marked as “delivered” on the Lazada website.

He then contacted the agent via live chat to raise the issue and was informed that they would reply to him via email within the next few days.

Sure enough, he received an email offering him a refund for 2 of the 3 keyboards.

Allegedly told to return the package himself

When he inquired about the third keyboard, he was allegedly told that just 2 of the 3 items were incorrect.

Enraged, he clarified that he had gotten a mobile phone ring instead of a keyboard, and was told to request a return via the Lazada order page.

He did just that, but found that he needed to return the product personally to SingPost or Ninjavan.

Appalled that he had to return the package himself, he raised the matter to the agent again, who said that she would try to get a pick-up approved.

As of 4 May, Mr Toh is still waiting for a reply from the merchant.

He also saw that the listings for the keyboards were still up on Lazada’s page. 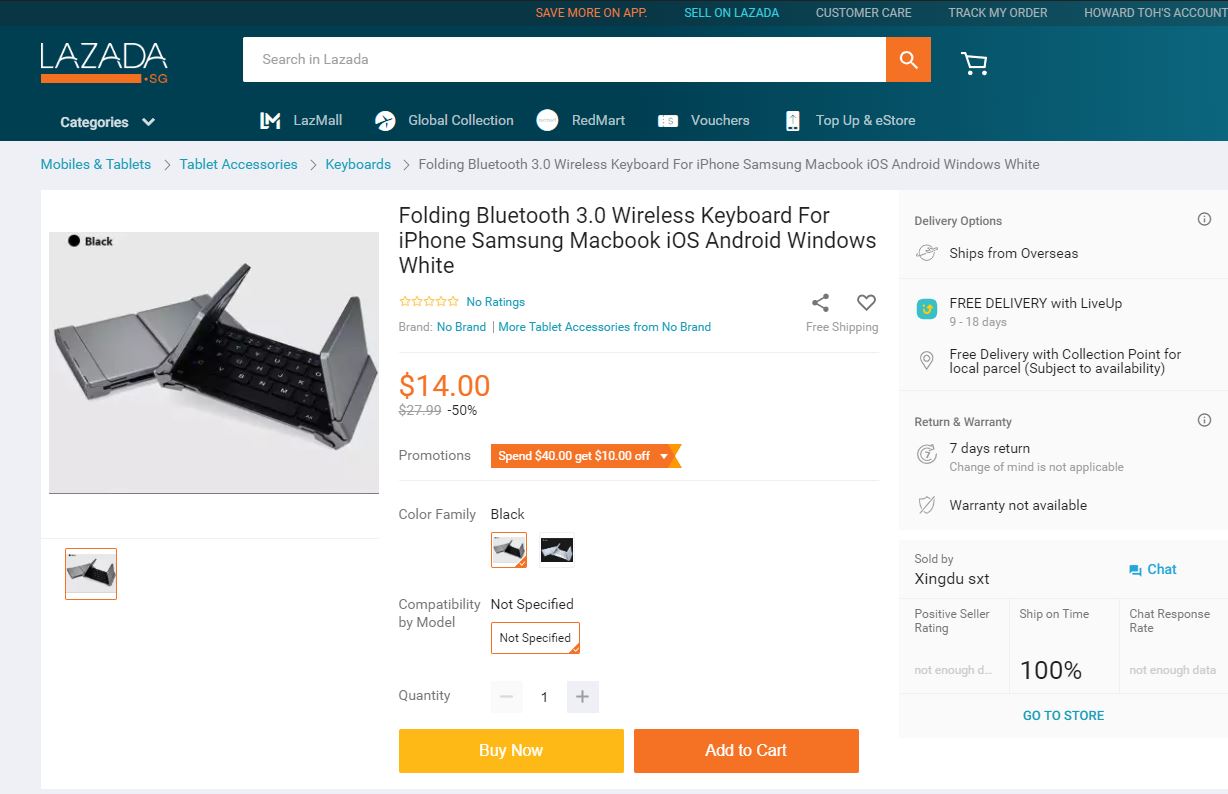 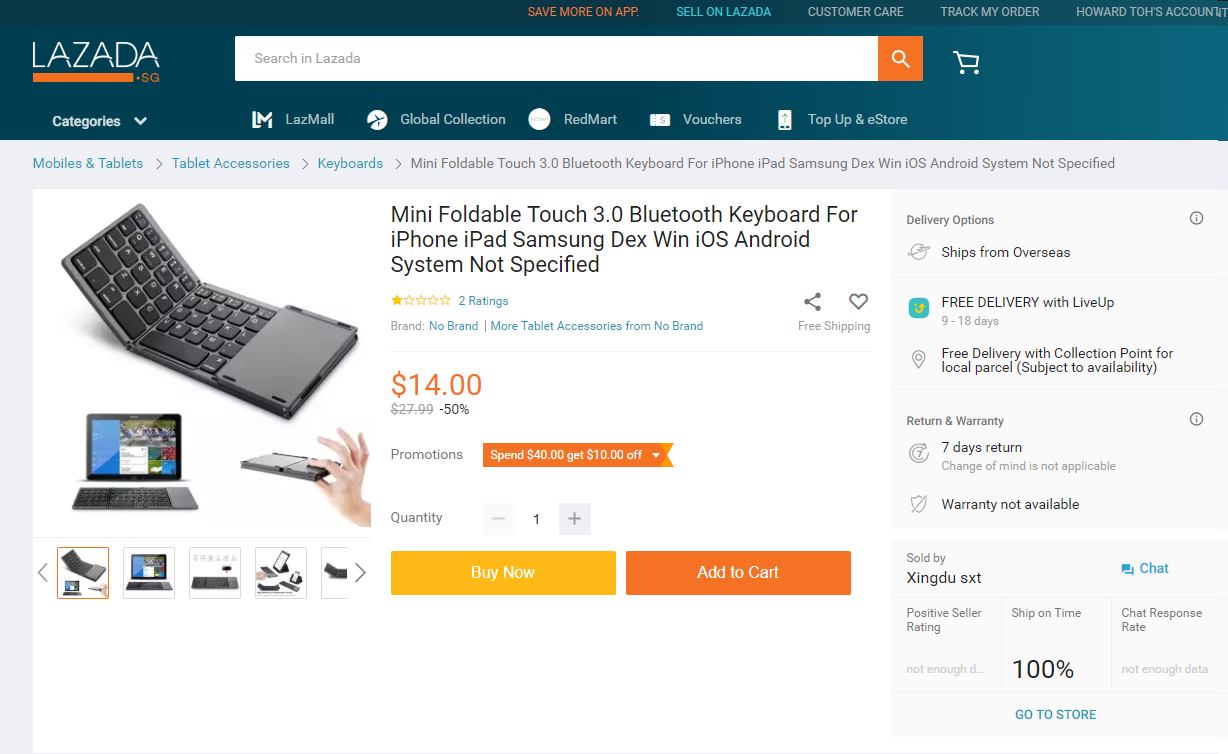 However, a quick check revealed that as of the time of writing, both products have been taken down by the seller.

Be careful when shopping online

We hope that Mr Toh gets the correct compensation for his experience as soon as possible.

Perhaps one thing we can all learn is to be wary when shopping online, as we never know the authenticity of the sellers until the product reaches our doorsteps.