Strong words were levied upon her and her husband, Mr Lee Hsien Yang, and reports of the case dominated The Sunday Times on 23 Feb.

However, the defence’s argument didn’t seem prominent in these reports.

Hence, we’ve taken the time to lay out the defence’s arguments, led by prominent lawyer Walter Woon, Kenneth Tan, and a team led by Abraham Vergis.

Mrs Lee maintained that she wasn’t acting as LKY’s lawyer but only prepared the will according to her husband’s wishes.

Her lawyers also say that at no point did LawSoc – the ones bringing charges – provide evidence that Mrs Lee acted as LKY’s attorney.

Their accusations – such as Mr and Mrs Lee’s “deliberate” cutting of communications with Ms Kwa Kim Li, LKY’s lawyer – were “implausible”, her lawyers said.

Ms Kwa could have looked through the will on her own, apparently. But she didn’t.

LKY was of sound mind when signing the final will

The tribunal tried to establish that LKY was “frail” at the time of the final will’s signing, allowing Mr and Mrs Lee to manipulate him into

However, the defence was not convinced of this line of argument.

They asserted that LKY did in fact know what he was doing, as a shrewd and sophisticated individual even in his advanced age.

He was not some ignorant feeble-minded dotard being fooled by a sharp lawyer.

The defence also said that LKY even drafted an amendment to his last will to include the giving of 2 carpets on 2 Jan 2014. He could not have done this if he were “feeble”, they argued.

They also argued that LKY always wanted the demolition clause included in the will and couldn’t have overlooked it, due to its importance to him and his wife.

No motive in changing last will

As a refresher, here are the changes made in the last will that differed from the 1st will:

Neither of these changes would benefit Mr or Mrs Lee in any way, the defence said.

They also stated that Mrs Lee didn’t know about the additional share given to Dr Lee Wei Ling in the 6th will.

Apparently, LKY had requested for all of his previous wills to be shredded after making a new one, so Mrs Lee could not have known.

As noted earlier, the reports from the Sunday Times appeared focused on the Law Society’s findings, rather than the defence.

Words like “deceitful witness” were quoted vertabim and used in the headline.

This is probably because of the “guilty” pleading, but there’s certainly a difference between Sunday Times’ handling and that of other outlets, such as CNA and Yahoo News Singapore.

CNA had a separate article about the defence’s argument.

However, the lead in the headline also contained the words “deceitful witness”.

Defence lauded by Mrs Lee after verdict on social media

Mr Lee posted a message on behalf of his wife on Facebook, where she lauded her lawyers for defending her in the tribunal.

As members of the public, we can hardly judge what goes on in a court of law and give a verdict. Not in Singapore, at least.

Having seen her lawyers’ defence, though, would it be considered “outstanding and impressive”? You be the judge. 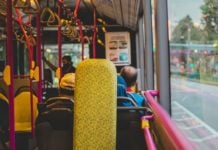 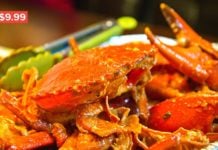