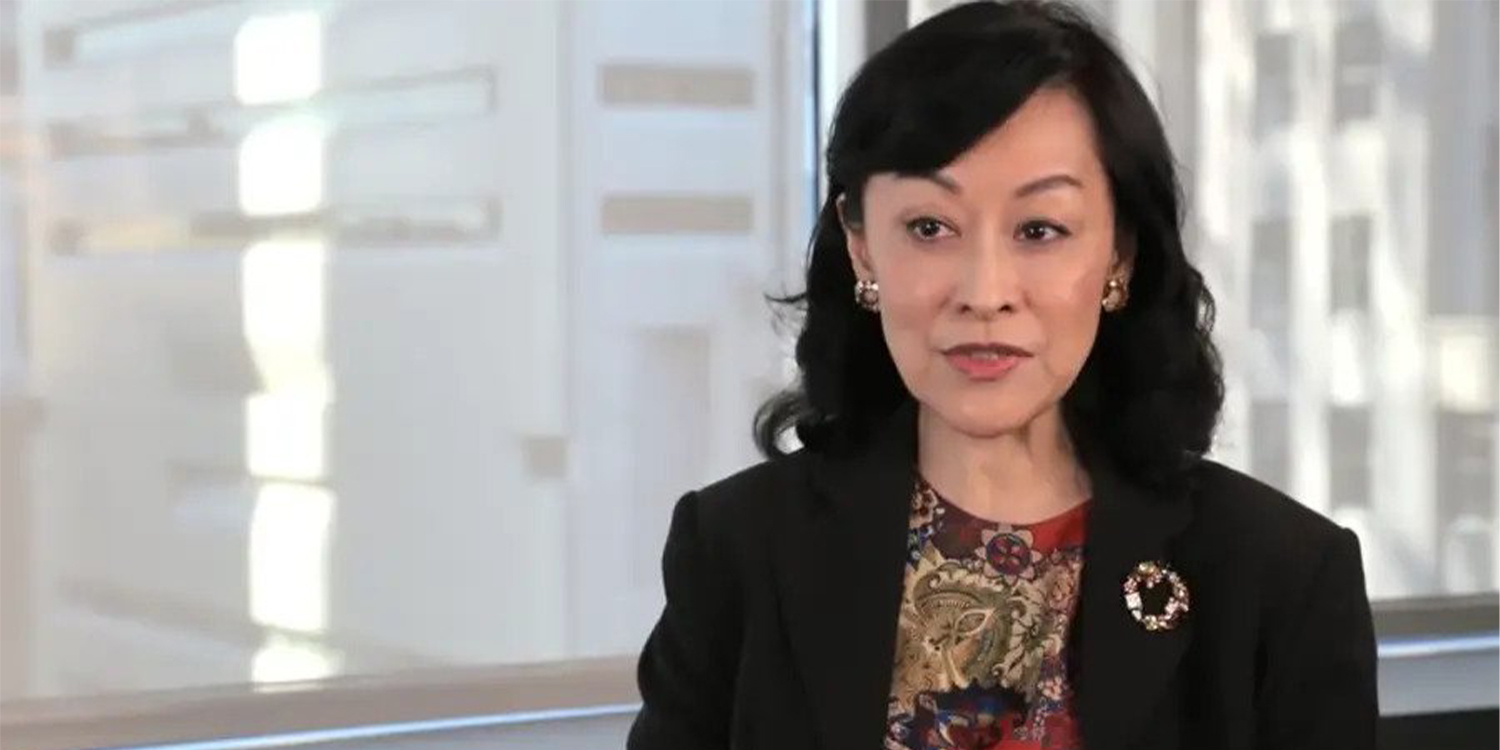 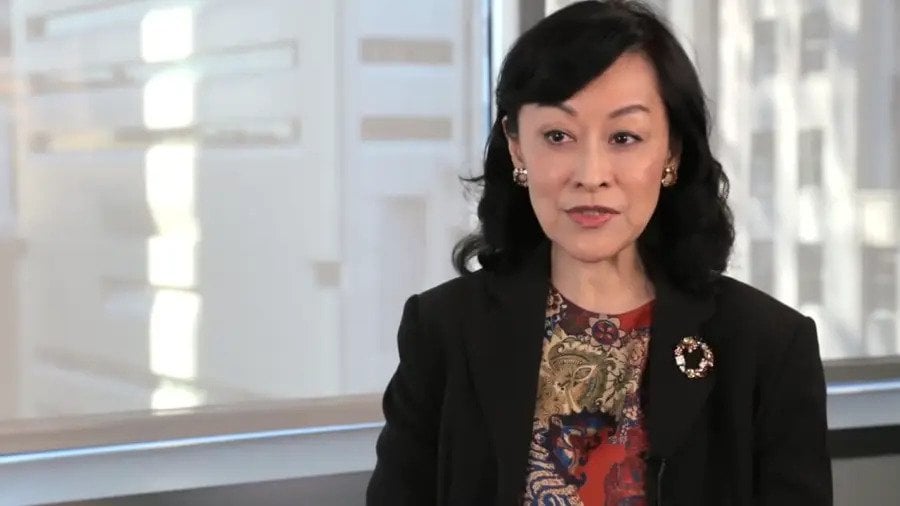 They apparently did this without the advice of Mr Lee’s lawyer, Ms Kwa Kim Li – who was away on business.

According to Reuters, Mrs Lee will appeal the decision, which if upheld means she’ll face disciplinary action from the Court of Three Judges.

The Court of Three Judges deals with lawyers breaking rules.

But Dr Lee Wei Ling, the daughter of LKY and ally of Lee Hsien Yang, is angry, and a look at the decision will help you understand why. 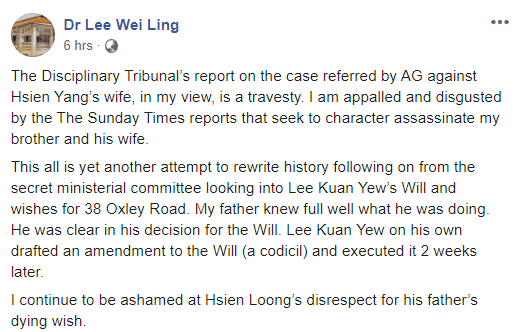 Both Mr Lee Hsien Yang and Li Shengwu, Dr Lee’s nephew, duly reposted the same status on their own profiles.

The finding reports are lengthy and not easy to read. As such, we’ve summarised the points below.

The central bone of contention was Mrs Lee acting on behalf of LKY, when her husband is a direct beneficiary of the will.

Previously, her husband had stated publicly that she was never his lawyer.

However, not only did she allegedly arrange the final will, findings show that she may have also convinced LKY to sign the will without telling him of numerous changes.

His lawyer, Ms Kwa Kim Li, was also excluded from the process – something the Lee siblings vehemently denied before.

Changes to will include demolition clause

The demolition clause was taken out in the 5th will, absent in the 6th will, but reinstated in the last will.

It basically states that 38 Oxley Road is to be demolished after Dr Lee moves out.

The final will also includes equal shares to all 3 siblings on his estate. Previously, Dr Lee had an extra share.

Apparently, none of these changes were mentioned to LKY before he signed the will – although his initial was present on the page stating the demolition clause. 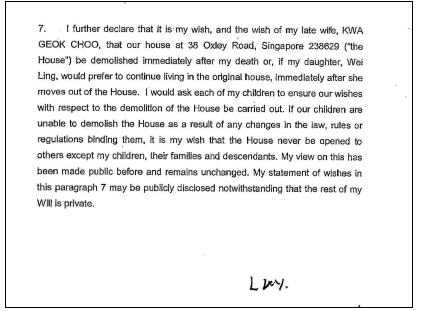 This apparent failure to declare the changes by Mrs Lee was seen as misleading LKY.

Saga far from over, but we all just want it done

Regardless of the manner of the will’s preparation, the final will remains binding, but Mrs Lee may be debarred or punished in some form if she fails her appeal.

The findings will also put a dent in the Lee siblings’ efforts to battle PM Lee, which would explain the outrage expressed on social media.

But whether they are right or will win appears secondary to Singaporeans’ desire to just see the matter over and done with.

To us, this should never have become a matter that involves the AGC and Parliament, yet the war rages on.