Since the tragic passing of the late Mr Lee Kuan Yew (LKY) in 2015, the Lee family has unfortunately been embroiled in a series of internal strife.

In particular, she alleged that Mr LKY’s final will in Dec 2013 was prepared by his Lawyer, Ms Kwa Kim Li, and not by Mr Lee Hsien Yang’s (LHY) wife, Ms Lee Suet Fern. 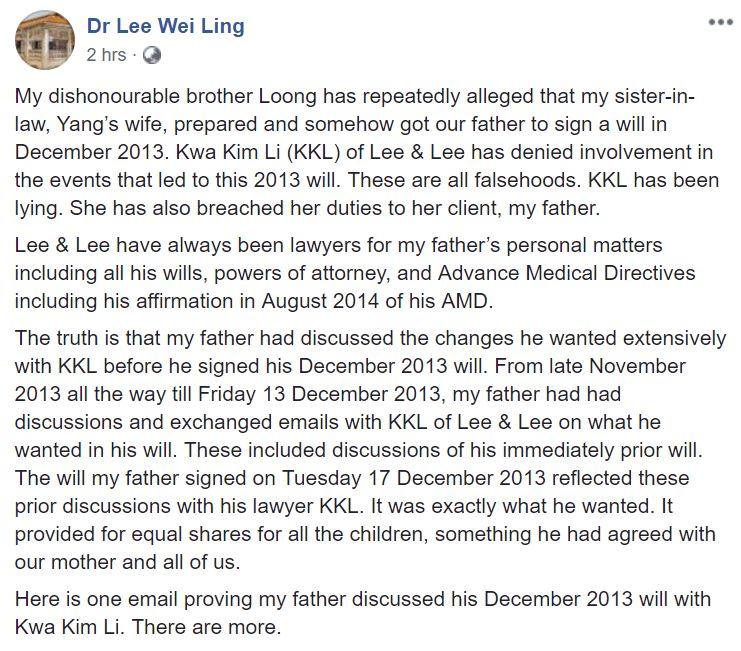 According to Dr LWL, PM Lee Hsien Loong (LHL) alleged multiple times that Mr LHY’s wife, Lee Suet Fern, prepared Mr LKY’s final will and got him to sign it in Dec 2013.

Ms Kwa Kim Li, Mr LKY’s lawyer from the Lee & Lee law firm, claimed no involvement in the activities leading up to Mr LKY’s final will. 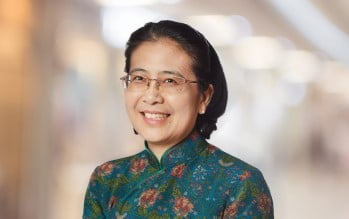 However, Dr LWL claims that Ms Kwa was being untruthful and “breached her duties” to her client, Mr LKY.

Dr LWL mentioned in her post that lawyers from Lee & Lee have been in charge of Mr LKY’s personal matters all along.

These included all his wills, powers of attorney and affirmation of his Advance Medical Directive (AMD) back in Aug 2014.

The AMD meant that Mr LKY did not want to undergo any extraordinary life-sustaining treatment used to prolong his life should he become terminally ill or unconscious.

Dr LWL also claims that Mr LKY had discussed his desired changes “extensively” with Ms Kwa before signing his final will in Dec 2013.

The discussions ran from late Nov to Dec 2013, during which they exchanged emails regarding what Mr LKY wanted in his will.

To prove this, Dr LWL provided a screenshot of an email between Mr LKY and Ms Kwa, dated 12 Dec 2013, in which they discussed the will, and claimed there are more.

The emails allegedly culminated in the final will signed on 17 Dec 2013, which reflected all the discussions during this time period between Mr LKY and Ms Kwa.

It gave equal shares to all 3 of Mr LKY’s children, which the whole family had agreed to.

An ongoing dispute between siblings

We hope the Lee siblings will put aside their differences and come to an amicable settlement soon.

After all, this dispute has been going on for a few years now, and no parent would wish their own children to endlessly argue with one another.

Featured image from WordPress and Mapletree.