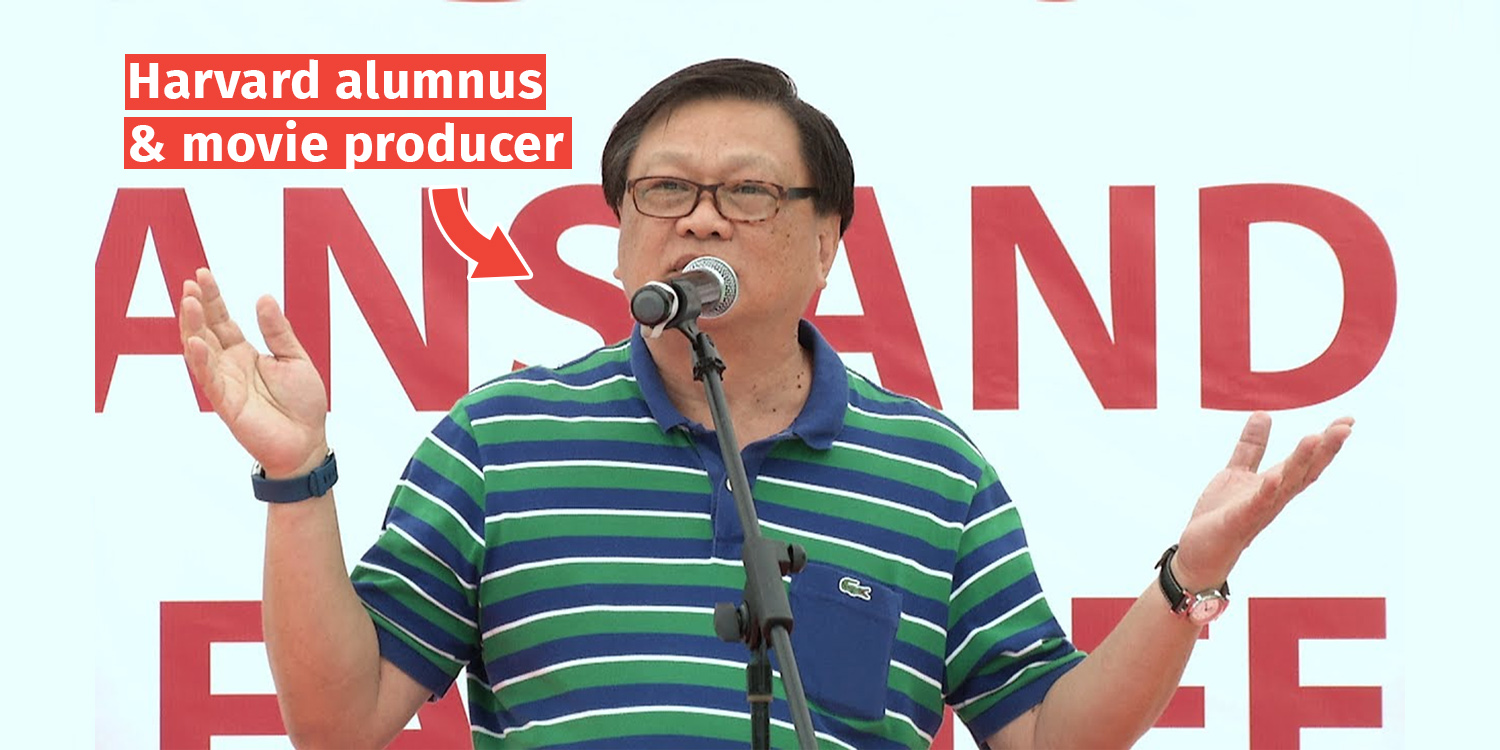 But who exactly is this man with enough bravado to take on the most powerful man in Singapore? A “not-so ordinary” ordinary Singaporean it seems.

Here are 11 facts about the 65-year-old who’s on the brink of a countersuit with PM Lee. 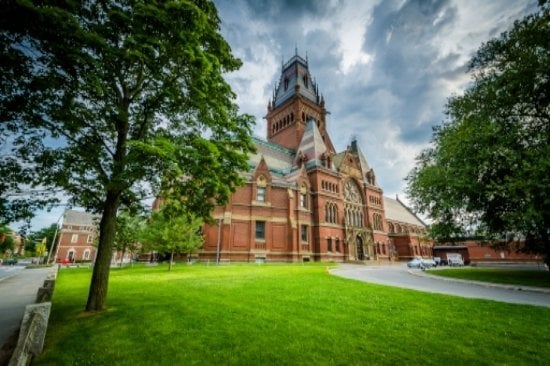 Apparently, his academic prowess only surfaced in the late bloomer after the age of 16. He shared that he had failed primary and secondary school exams, before falling in love with statistics later in life.

2. Active on social media & his own blog

Like many social activists, Mr Leong is very vocal with his opinions. And there’s no better place to voice them than on social media. 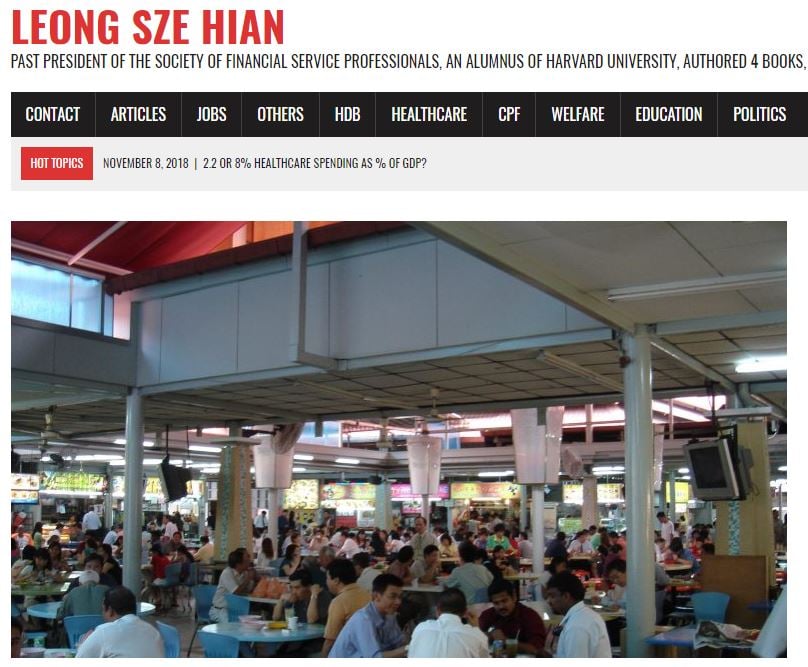 He runs and writes frequently on his blog, leongszehian.com. Most of the time, he runs articles which are typically quite critical of our government. Other times, he’s casting doubt on articles circulated by various ministries and those published by The Straits Times.

Social activists have a natural way of gravitating towards one another. So it’s no surprise that Mr Leong is acquainted with Han Hui Hui. 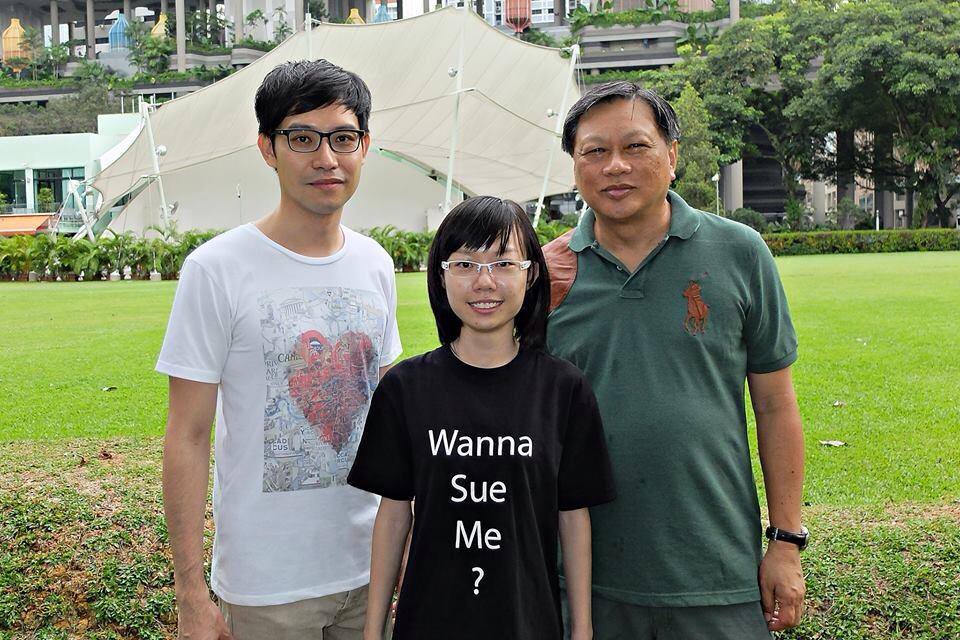 But what is surprising is how close he seems to be to her.

On 10 Jan this year, he shared on Facebook how he used the Instagram poll function for the first time. And curiously, instead of polling on political matters as one might expect him to, he polls this, 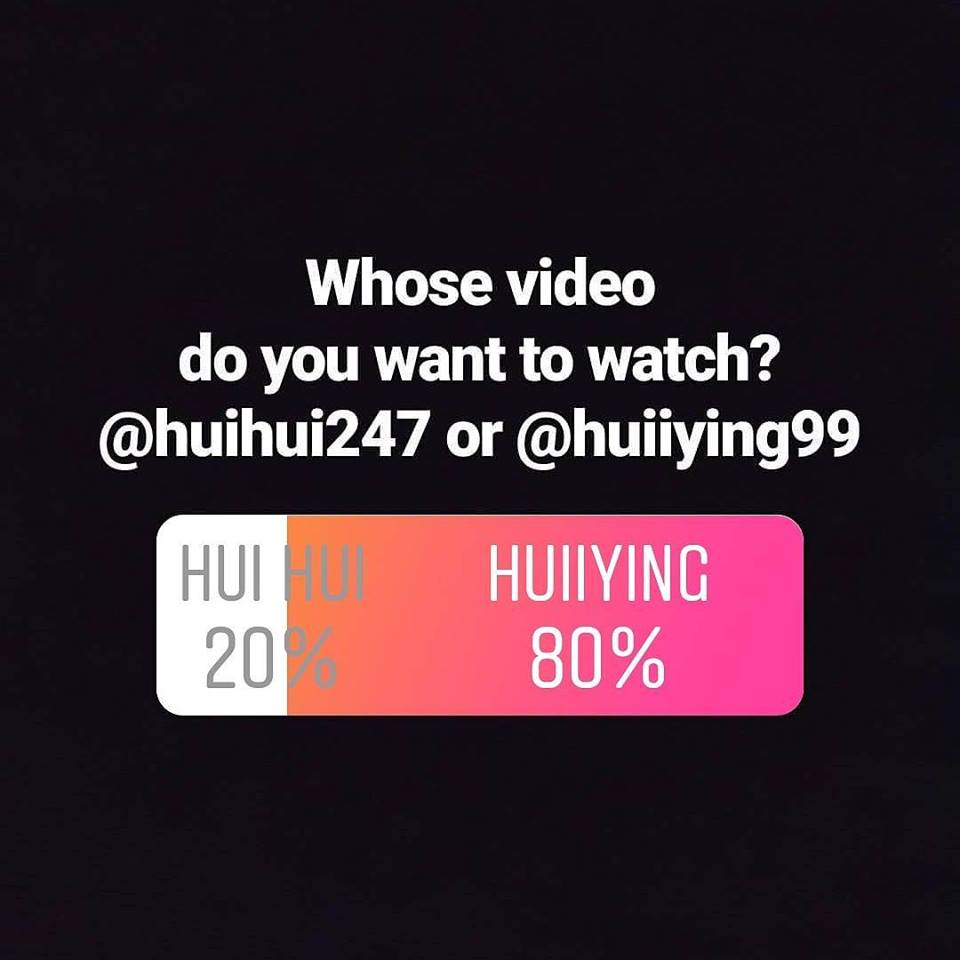 In case you’re not familiar with Hui Ying, the gist is that she’s Ms Han’s more extravagant ‘alter ego’.

The poll wasn’t a one-off. Mr Leong was the first to break news of Ms Han’s flight to an European country to seek asylum. He also gave a speech encouraging fundraising efforts at a private screening of Singapore film Ilo Ilo hosted by Ms Han. 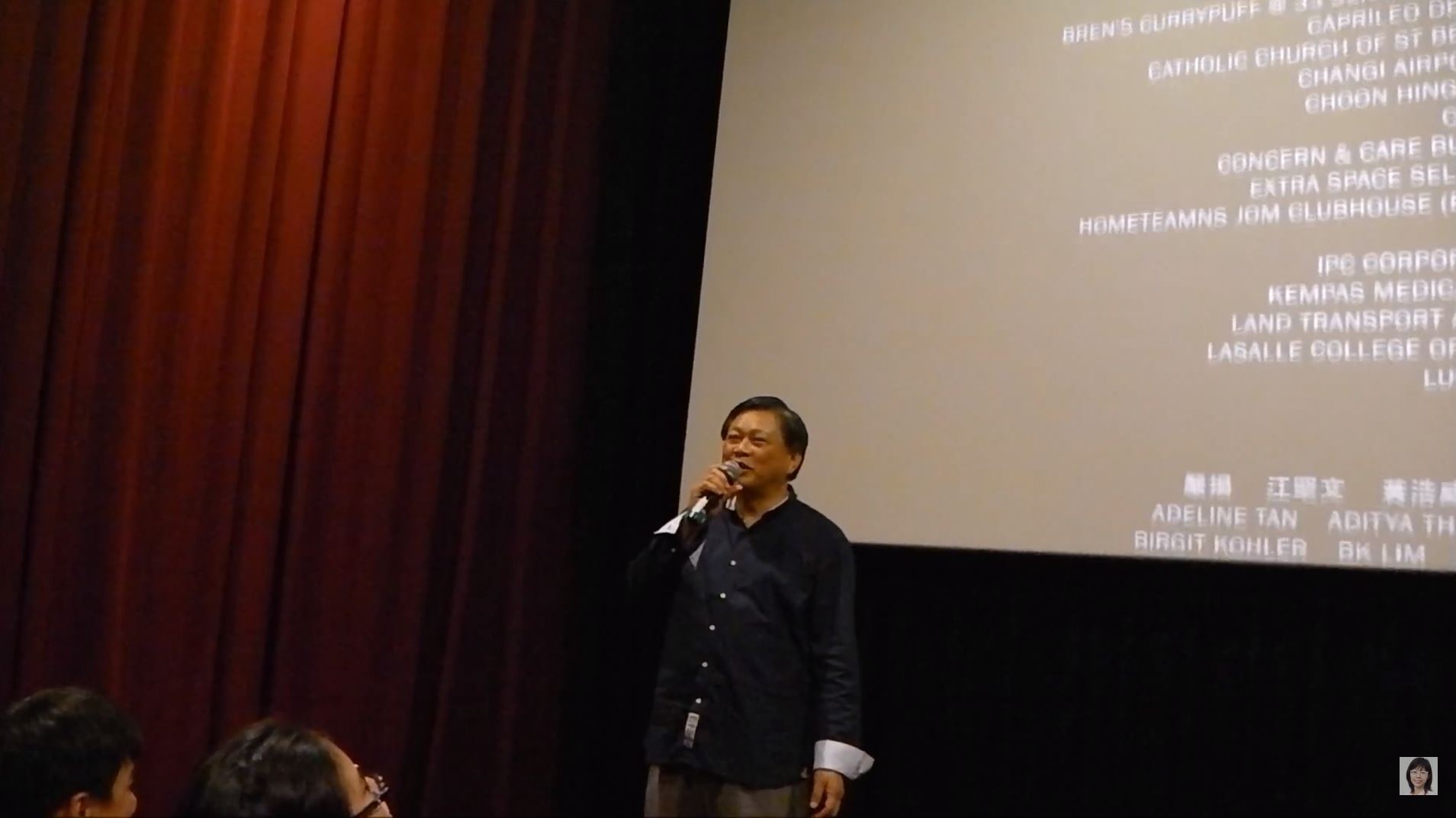 We all know friendship doesn’t just work one way. Ms Han showed Mr Leong a fair amount of love when she co-edited and helped promote an e-book comprising many of Mr Leong’s letters to TODAY newspaper.

A man of many hats, Mr Leong is also a movie producer — specifically for one film, Ilo Ilo. 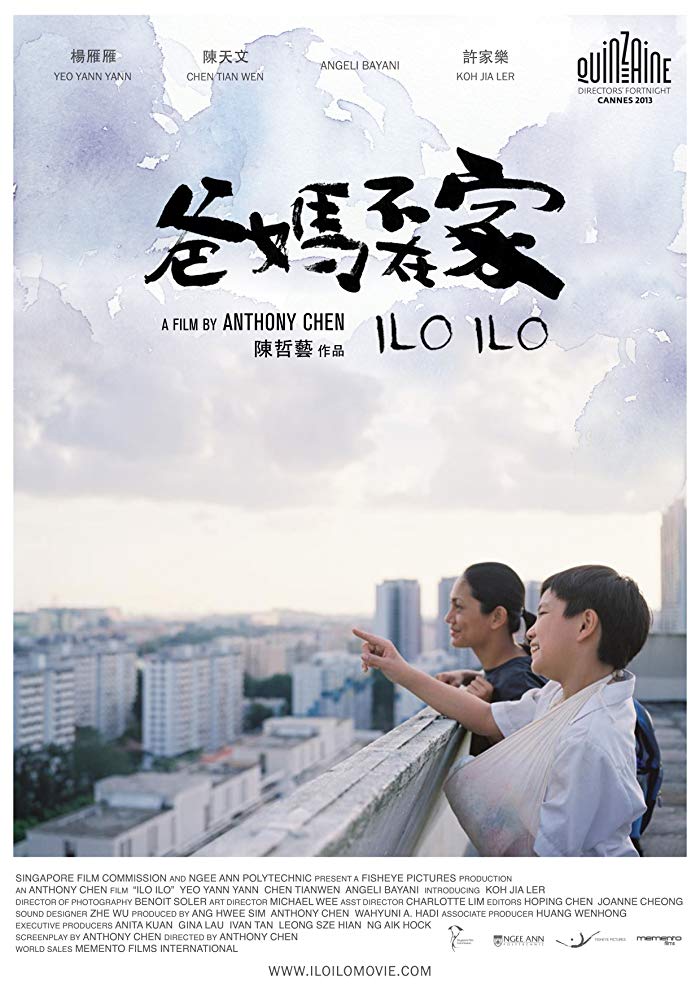 In an article written by himself, Mr Leong described how the Ilo Ilo director had been extremely grateful to him for funding the production of the movie, without which it would have never made it to the big screen.

Mr Leong even has an IMDB page for his efforts.

If you’ll visit Mr Leong’s personal website and then The Online Citizen, you’ll notice that both websites look quite similar.

The title are of almost the same shade of red, the layout is pretty similar, and needless to say, the content too. So it shouldn’t be shocking that Mr Leong is, at least according to his bio, the “acting managing editor” for TOC.

Mr Leong doesn’t just have all his words in one basket either. He authors frequently for MalaysiaKini, an alternative news site in Malaysia. You could probably say that it’s the Malaysian version of The Online Citizen, or States Times Review and likes.

He’s also guested on a radio talkshow on 100.3FM back in 2008, answering political questions submitted by fans.

Spearheading this organisation? Mr Leong was running the operations as of July this year, according to The Independent.

When news broke that Mr Leong was going to be sued by PM Lee, his friends and supporters knew he was going to need money to fund his efforts.

They gathered to help raise funds for him via an article posted on TOC, bearing his bank account and PayNow details.

One of the first donors was none other than the plaintiff’s sibling, Mr Lee Hsien Yang.

Activists that are often in the spotlight tend to keep mum about their personal lives. But if there’s one thing to know about Mr Leong’s private circle, it’s that he married his wife in 1980 and has a son.

For all his love of words, Mr Leong is actually a stats guy.

In an interview with The Online Citizen, Mr Leong compared analysing statistics to reading an investigative novel. He also likened statistics to a striptease,

They are not showing you the parts you really want to see. And it’s kind of a thrill if you are able to find it.

The question surfaced in some comments if Mr Leong is the first to sue the Prime Minister of Singapore. Sorry to quell the excitement but he isn’t.

At least one person has sued PM Lee before and it’s for a reason you would never have guessed — blood in his stool.

The man who sued PM Lee

So there you have it, Mr Leong is more than just the man who sued our Prime Minister.

He’s also a lover of statistics, a Harvard alumnus, Han Hui Hui’s pillar of support and a dedicated movie buff.

We think it’s unfortunate Mr Leong is currently embroiled in a lawsuit with PM Lee. Hopefully, the matter may be resolved peacefully between both parties in court.

Featured image from The Online Citizen.