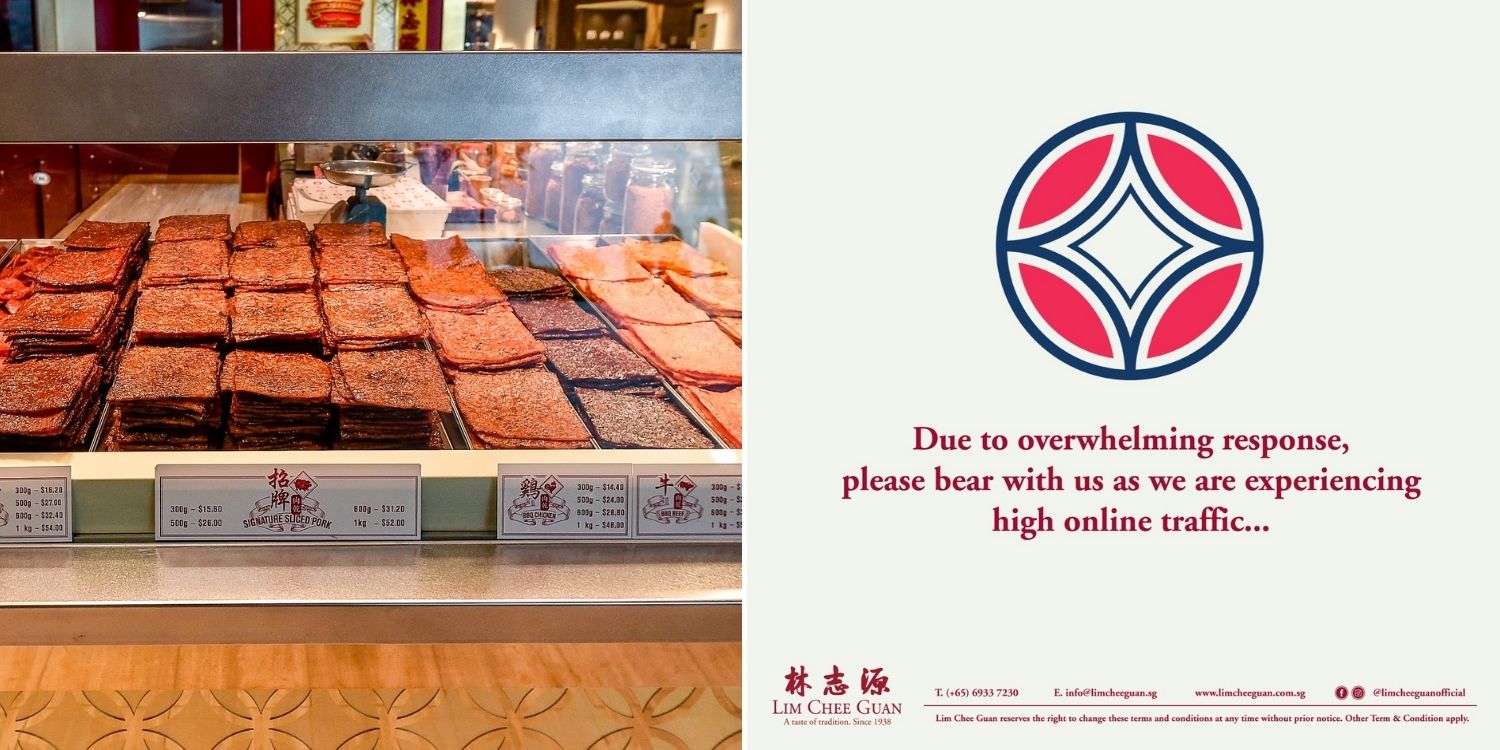 For the first time since it opened in 1938, popular bak kwa store Lim Chee Guan moved all CNY pre-orders online. Knowing how popular the brand is, it’s to no surprise that their website experienced issues on the first day of pre-orders.

Customers who tried to place orders reported problems with payment, or even accessing the order page.

Thankfully, staff are apparently in touch with them to help address the issues.

Lim Chee Guan website down due to surging pre-orders

According to 8world News, since 6 Jan when the website was launched at about 1pm, its overwhelming popularity led to technical difficulties.

Due to high traffic, some customers allegedly experienced delays and lapses in the payment process. 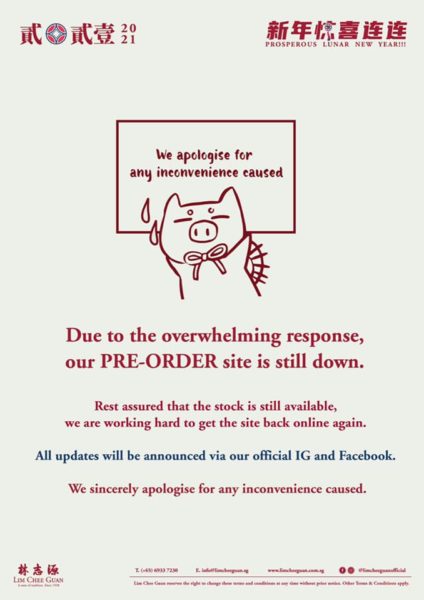 Despite promptly starting work to restore the website, it unfortunately still remains down at the time of writing.

Staff reach out to customers who need help

One customer noted how a staff member replied quickly to her message seeking help with payment issues. She also expressed confidence that they’ll restore the site soon.

Another customer agreed that the call from the store’s customer service was reassuring.

Judging from the store’s regular updates as well as reviews from customers, we trust that they have the situation under control.

For now, when the website will be up and running again is still unclear.

Hope the website will be up & running again soon

With CNY just around the corner, bak kwas as a Singaporean household staple are sure to become even more popular than they usually are.

We hope that Lim Chee Guan will be able to restore their site soon. Meanwhile, loyal customers can check out their official Facebook page for their CNY pricelist first.