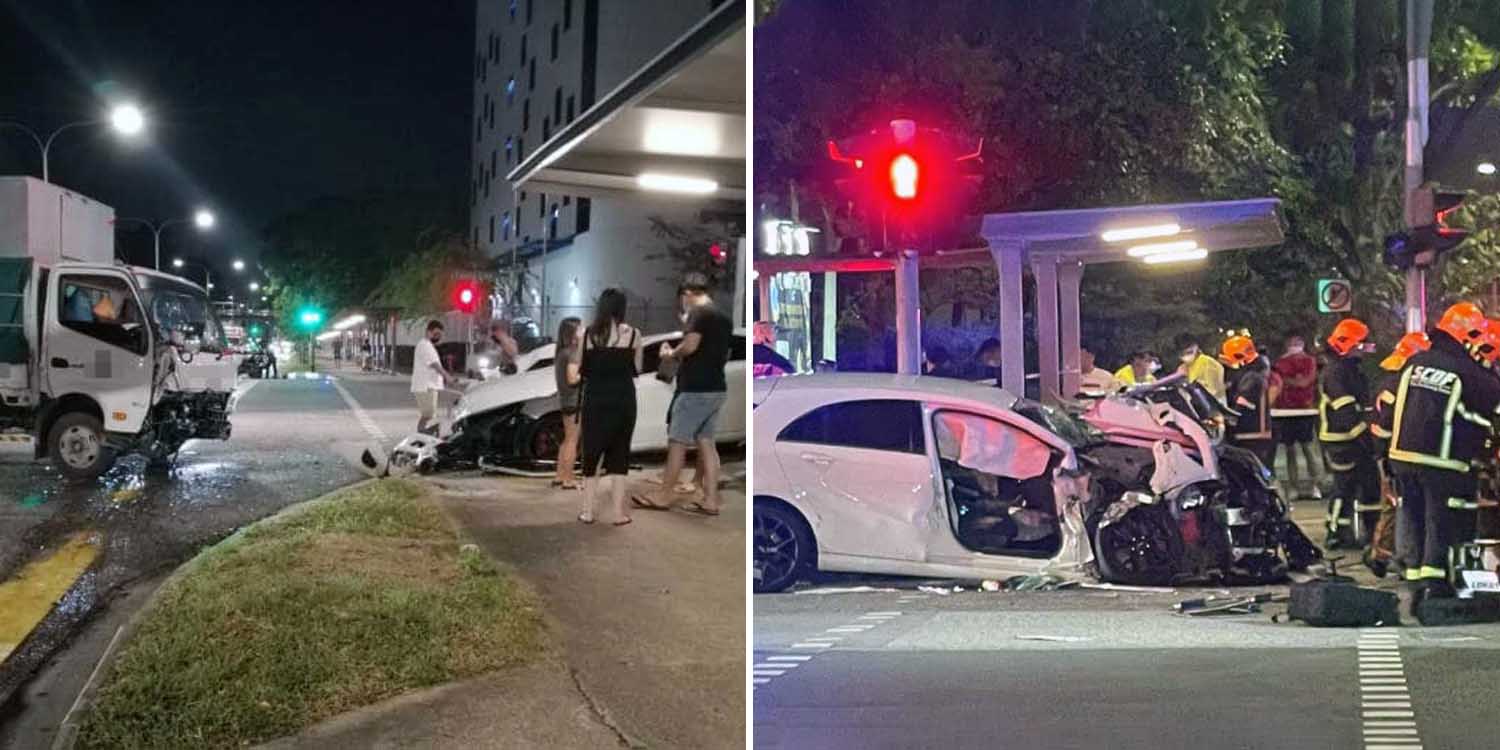 2 were sent to the hospital & 4 suffered minor injuries.

Lorry Collides With Car In Geylang, 2 Conveyed To Hospital

“Don’t drink and drive” is one of the most repeated warnings we hear, and for good reason—drink driving is a common cause of road traffic accidents.

On Friday (14 Jan) night, a lorry driver, suspected of drink driving, collided with a car at a Geylang road junction. 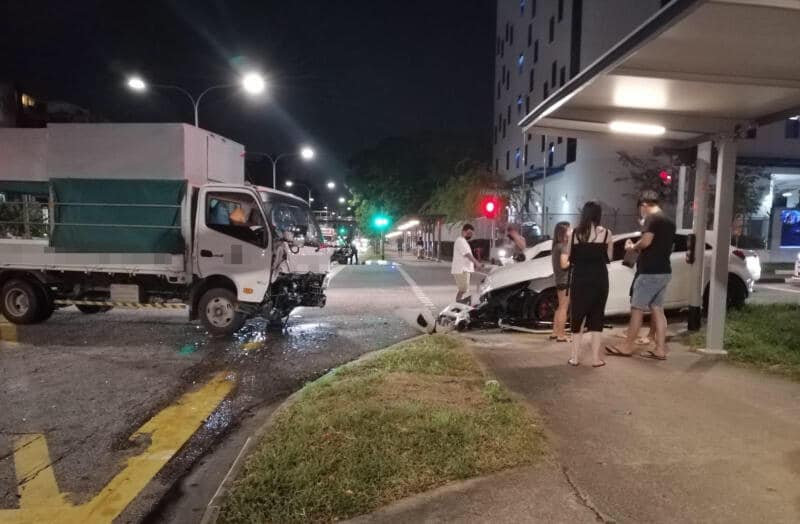 The driver was trapped and rescued by Singapore Civil Defence Force (SCDF) officers.

2 people were later conveyed to the hospital and another 4 suffered minor injuries.

Lorry collides with car in Geylang on 14 Jan

On Friday (13 Jan), at around 8pm, a lorry collided with a car at the junction of Guillemard Road and Cassia Link.

In photos, the front of the car appears severely damaged. The car’s bumper has also fallen off. 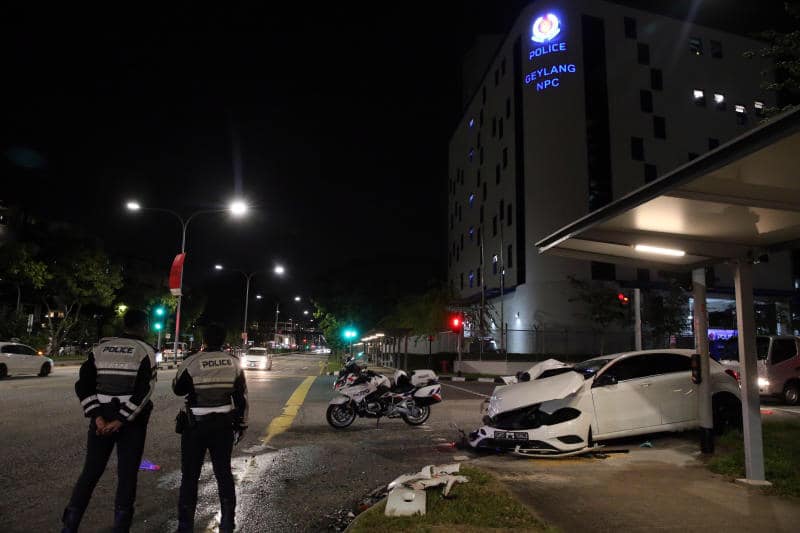 The lorry’s front bumper is also severely damaged from the impact. Debris from the accident was strewn on the roads.

Speaking to Lianhe Zaobao, a passer-by said when she travelled past the accident scene, she spotted several migrant workers by the side of the road.

They were believed to be passengers of the lorry.

Responding to MS News’ queries, SCDF said they were alerted to the accident at Guillemard Road and Cassia Link junction at about 8pm.

Upon their arrival, they found the car driver trapped in his seat. The 35-year-old driver and a 34-year-old lorry passenger were conveyed to Tan Tock Seng Hospital while conscious.

Another 4 people were assessed for minor injuries but refused conveyance to the hospital.

The police also confirmed that they received a traffic accident report involving a lorry and a car, reported Lianhe Zaobao.

They shared that the 40-year-old lorry driver was arrested for suspected drink driving. Police investigations are ongoing.

Driving under the influence of alcohol impairs judgement and reflexes, making it extremely dangerous.

Although we often think such accidents would not occur to us, this is a risk that should not be taken, especially when it endangers both our lives and the lives of all road users.

MS News wishes those injured from the accident a speedy recovery ahead.