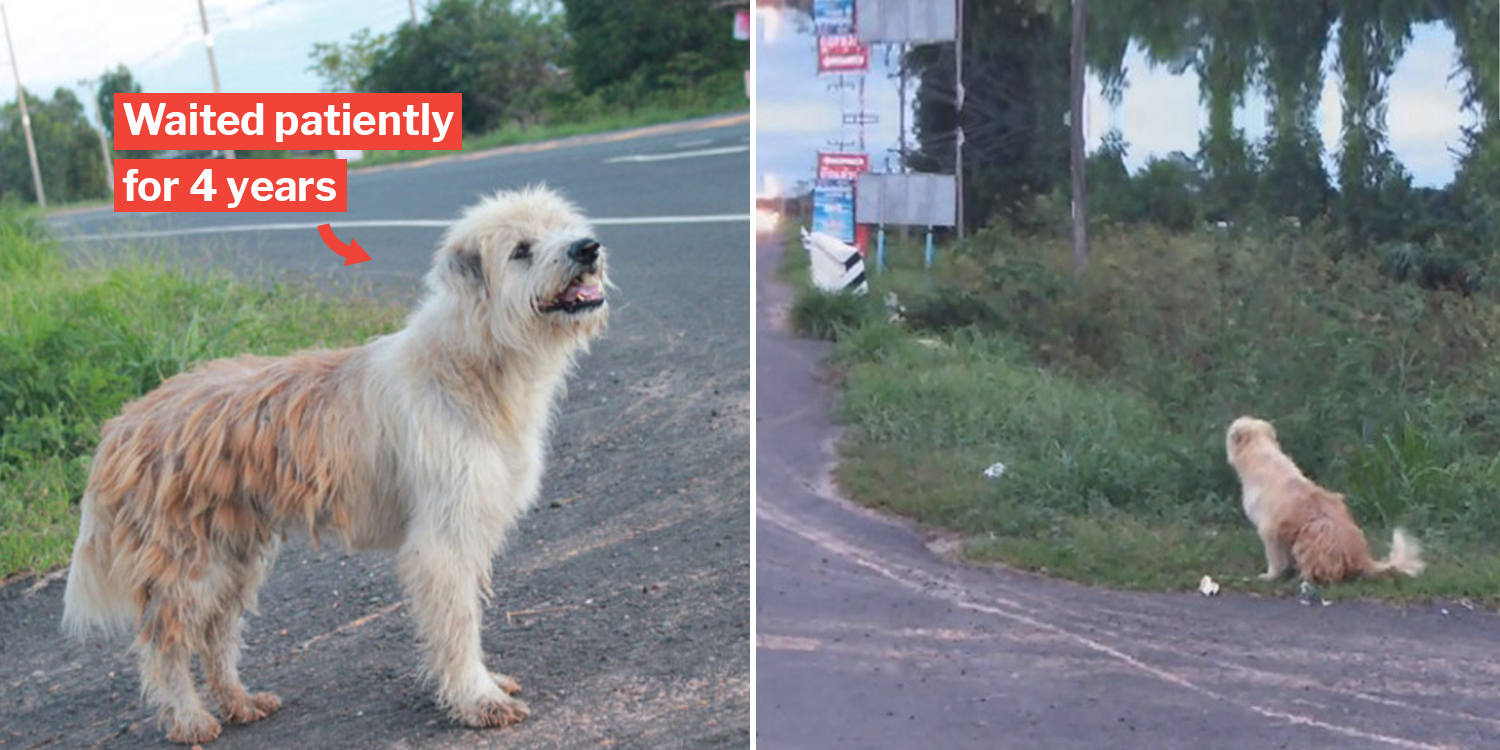 Dogs are known to have a lifespan of 13 years.

And this doggo in Thailand spent a quarter of his life – 4 years – waiting patiently for his family to return. 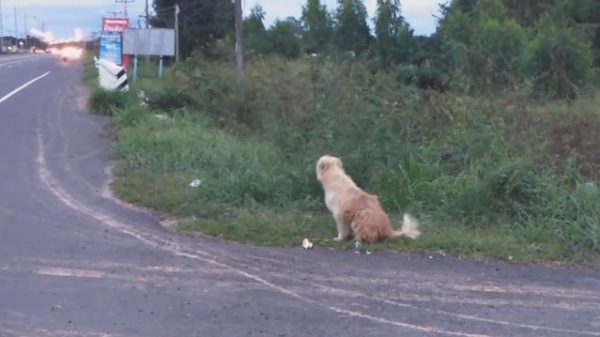 A concerned resident spotted the doggo named Leo, hanging on the side of a road and thought that he was abandoned by his owners, according to World Of Buzz.

The resident decided to ask around and found out that Leo was actually waiting for his owners to return for him.

Here’s the touching story of how Leo was taken care of during his 4-year long wait, and eventually reunited with his owners.

Leo used to be skinny & had skin diseases

In the same article, it was mentioned that the resident approached a lady who was seen feeding Leo, and asked about his situation. 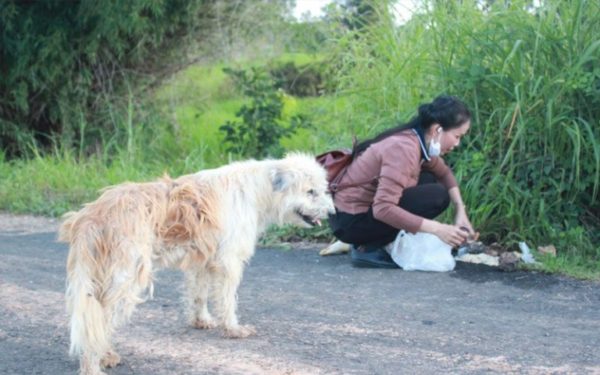 It was revealed that Leo had already been staying by the roadside for the last 4 years.

The lady also shared that when she first saw Leo, he was just skinny doggo infected with skin diseases.

This prompted her to bring Leo home and committed herself to his welfare.

Leo escaped back to the roadside

After a few days of recuperating at her house, she realised 1 day that Leo had gone missing and went on a frantic search mission.

She then found him back by the roadside where he was previously rescued.

When she saw him, he was just standing there with his eyes fixated on the road, presumably hoping that the next passing car would exude the familiar scent of his owners. After a few attempts at convincing him, she realised that Leo was adamant on waiting by the roadside and refused to return home with her.

It was then she decided that the best way to continue caring for him was to deliver his meals to where he waits at the side of the road every day.

Reunited after 4 years of faithful waiting

After 4 long years, someone finally approached the lady and mentioned that Leo actually belongs to their relative. They also shared that 4 years ago,  they were on a road trip when Leo was believed to have jumped out of the car, forcing them to be separated from their pet.

After noticing that their furkid was missing, they scoured nearby areas, but to no avail.

When Leo’s owners finally reunited with him, the lady learnt that he was originally named BonBon. They were also extremely elated to find out that their beloved pet is alive and well.

BonBon didn’t want to leave with his family

Ironically, BonBon was not keen to return home with his family, according to World of Buzz.

His family shared that even though BonBon was wagging his tail, excited to see them, he did not appear to have the intentions of leaving his ‘roadside home’ of 4 years.

Therefore, out of love, his family decided to follow BonBon’s wish and visited him back at the roadside every now and then. 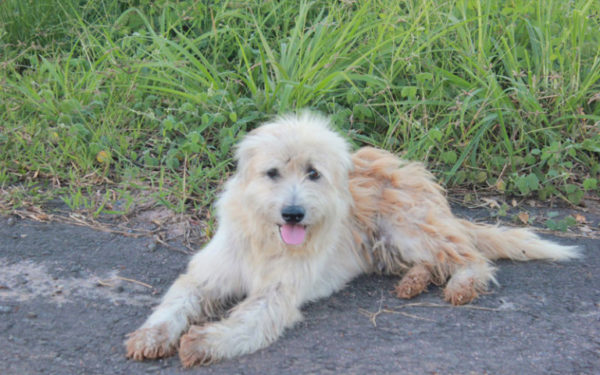 BonBon’s story is truly touching. We can’t help but be reminded of this quote,

To you, the dog is a part of your world. But to the dog, you are his world

Even though his family might have gone about their daily routines, BonBon had been waiting, not knowing if his family would ever come back.

We’re glad he could see his ‘world’ again.