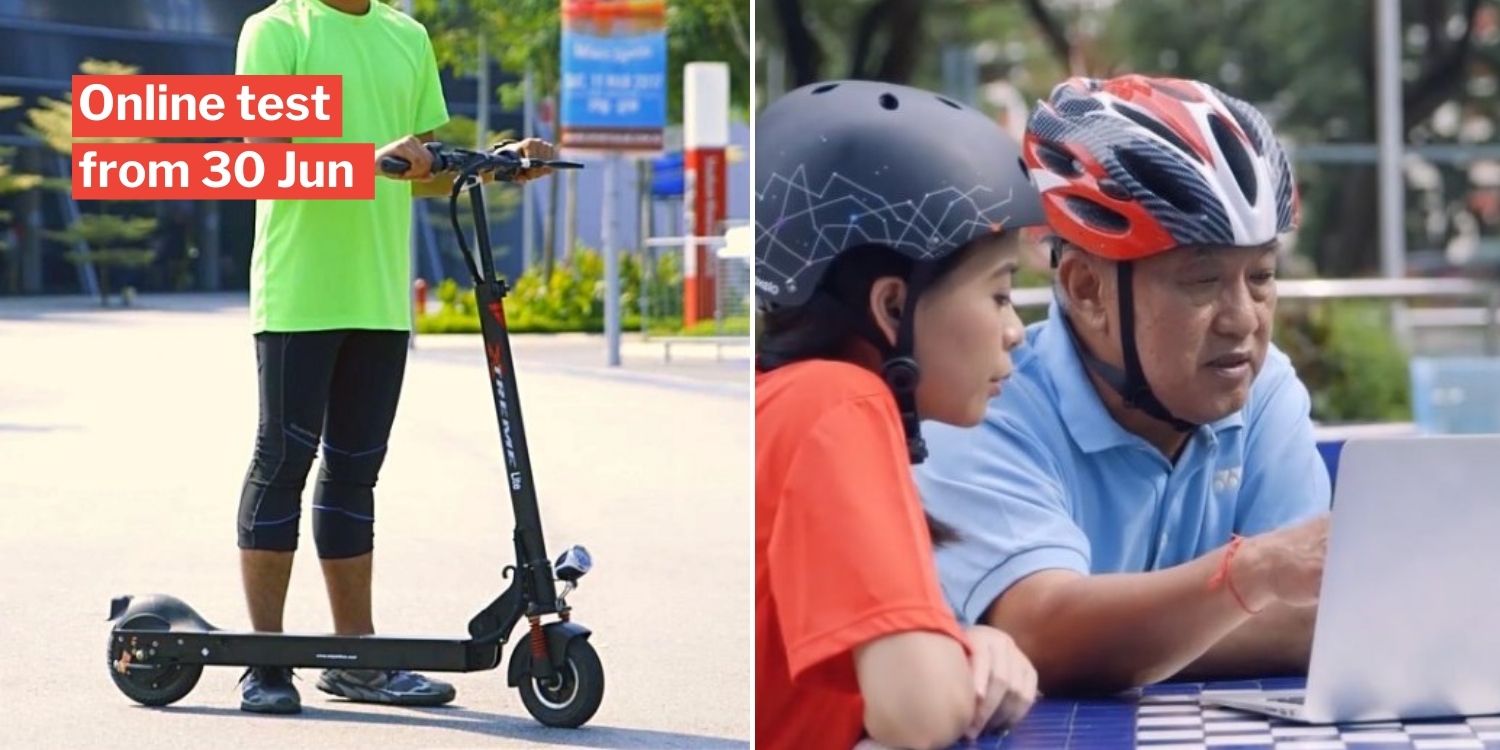 When personal mobility devices (PMD) started gaining greater use in Singapore, it led to a host of tragic accidents involving PMDs.

The Land Transport Authority (LTA) thus started cracking down on irresponsible PMD use in response to calls from the public. It started with a ban on PMDs on footpaths from Nov 2019.

Then came the introduction of a mandatory theory test for those who want to ride – which will be conducted online in multiple choice question (MCQ) format. 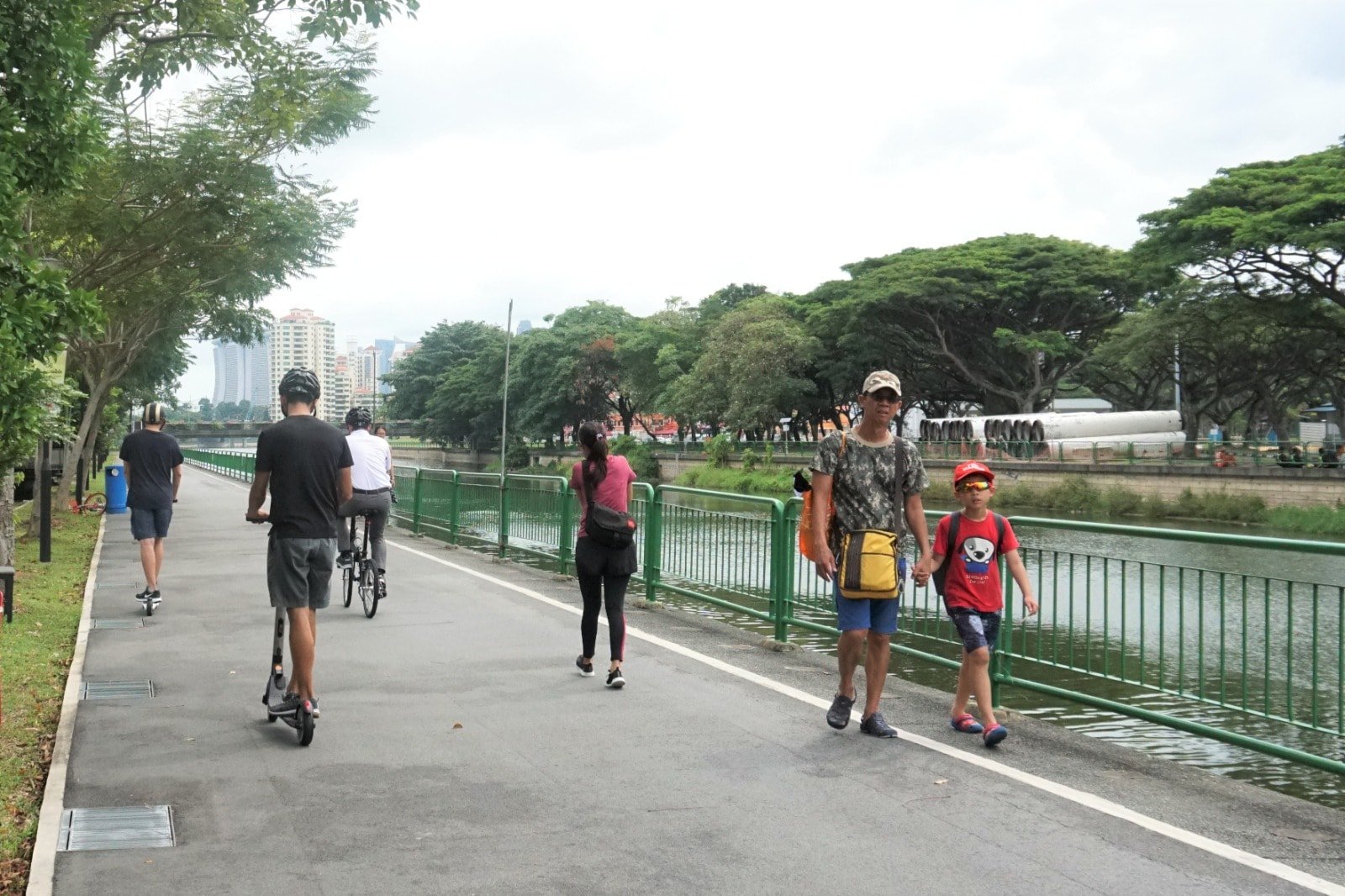 To help riders with the theory test, the LTA has helpfully released 2 handbooks: 1 for e-scooters and 1 for PABs.

Both handbooks are comprehensive indeed, as they comprise 164 pages in total. Looks like riders won’t have trouble finding bedtime reading for the next 2 months!

In a Facebook post on Friday (30 Apr), the LTA revealed that the mandatory theory tests will be available online from 30 Jun.

For those who really don’t like taking written tests, it may be of some comfort that the test will be in MCQ format.

And to help riders study for their tests, LTA has released official e-handbooks 2 months before. The e-scooter handbook is a total of 64 pages long, and is made up of 3 modules:

Module 1 is an introduction to the types of active mobility devices in Singapore, in case one doesn’t already know.

What’s most helpful is this table that tells you the rules and requirements for the various devices. 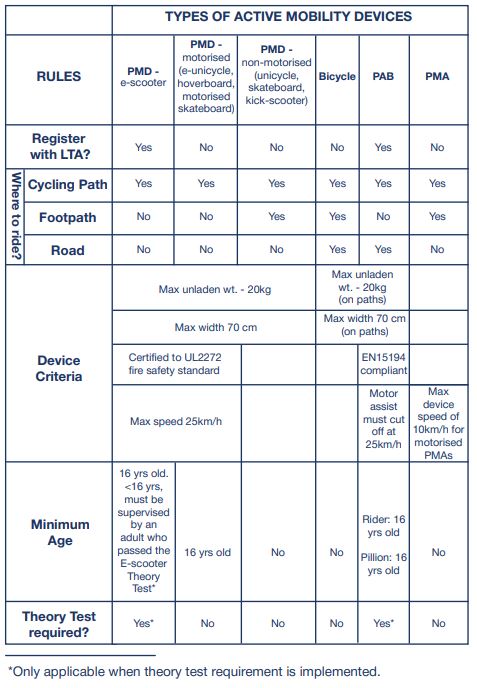 Which device is allowed where?

Even non-riders can use this chart that tells you which device is allowed on what type of path/road – so that we can alert the authorities if we see devices that flout the rules. 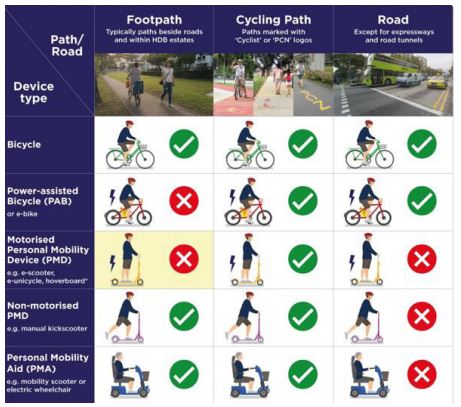 As a rule of thumb, all devices are allowed on cycling paths.

Only non-motorised devices are allowed on footpaths, with the exception of personal mobility aids (PMAs) as they’re slow and used by those who’ve mobility issues.

For roads, only bicycles are allowed, whether they are motorised or not.

Things to know before your ride

Module 2 covers things you have to know before embarking on your ride, for example device criteria, registration and fire safety standards.

The latter is important especially considering the spate of fires involving PMDs.

It’s also important to check that your e-scooter is in good working condition.

Module 3 covers rules of engagement while riding, including riding skills and the types of signs that have to be followed. 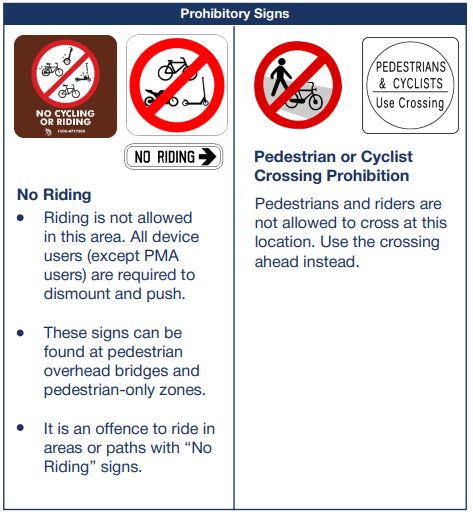 There’re also instructions on how to overtaking other path users safely – including slowing down as you approach. 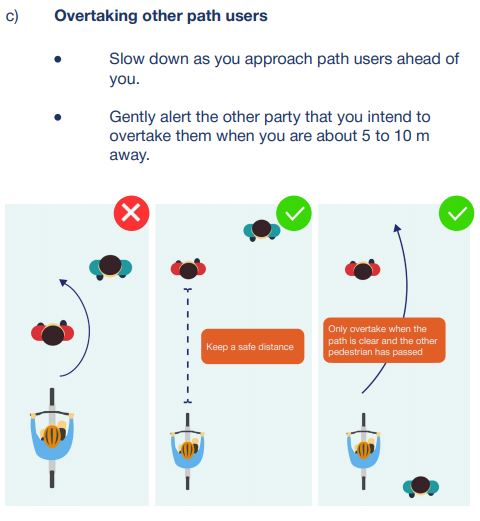 Finally, there’s a list of some possible punishments for offences committed by riders. 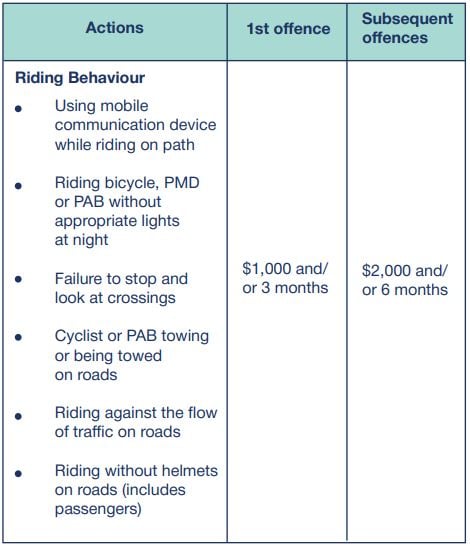 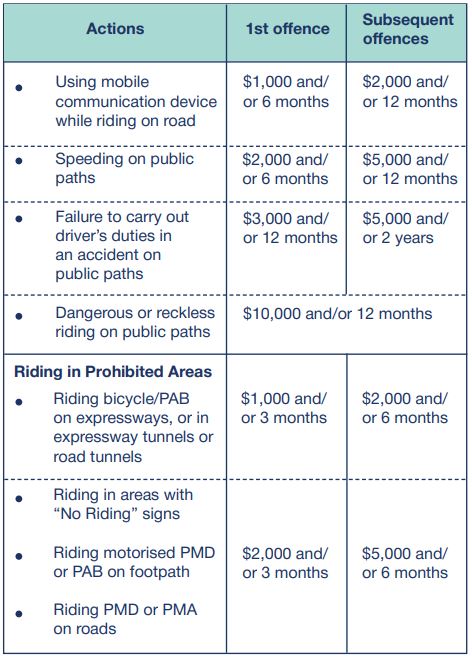 PAB riders have a total of 100 pages to read in their handbook.

It’s divided into the same 3 modules, but PAB riders have more to learn as they can ride on roads too.

The pre-ride equipment check for PABs includes making sure the seat is aligned properly. 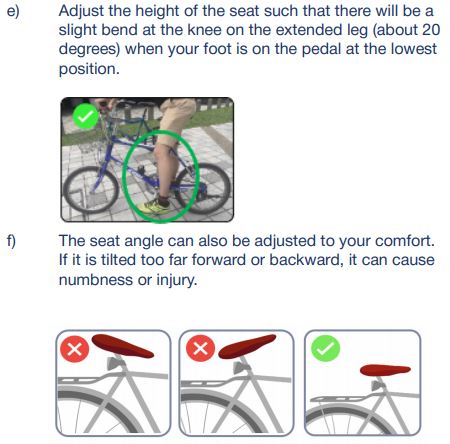 Module 3 on rules of engagement takes up the lion’s share of the handbook – pages 34-100 – as it contains detailed advisories on road markings and signals. 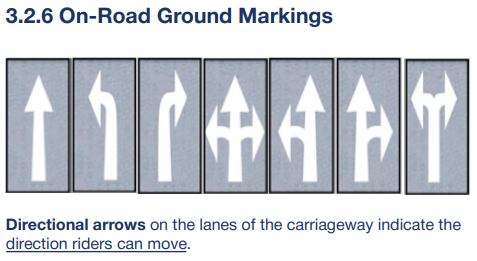 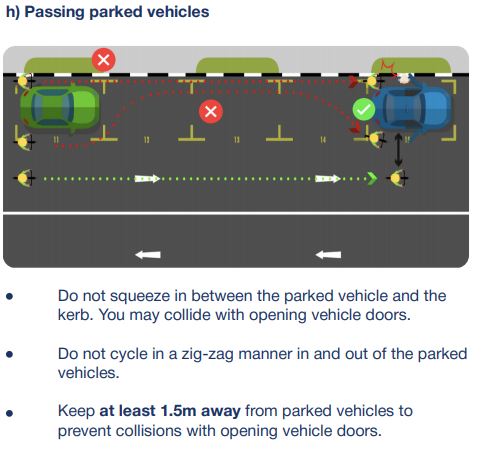 They’re almost as detailed as those for drivers of motor vehicles.

Notably, both handbooks include a “learning outcome” guide for each module.

This will help riders study by letting them test themselves on what they know and what they need to know. 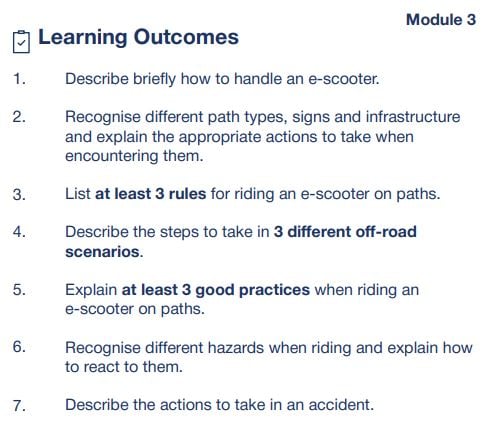 In a Facebook post on Friday (30 Apr), Mr Baey Yam Keng, who is Senior Parliamentary Secretary for Transport, said the handbooks are part of public education efforts. 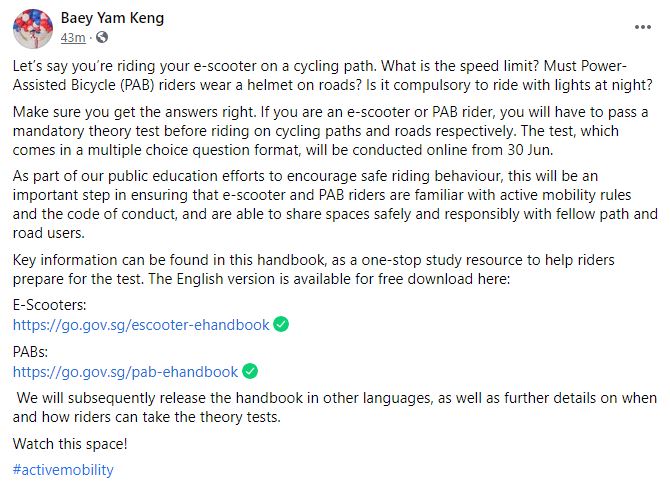 With these study guides, he hopes riders will make themselves familiar with the rules so they can be share spaces safely with others.

He also revealed that the handbooks will be released in other languages too.

More details on taking the tests will be unveiled in due course.

Keeping everybody safe on paths & roads

While some Singaporeans may have thought they’re done with tests after leaving school, it turns out that their studying days aren’t over yet if they want to ride PMDs.

Trawling through 164 pages of notes may be daunting, but it’s a small price to pay to be aware of the rules that keep everybody safe on public paths and roads.

We wish riders all the best in their upcoming tests.