The number of foreign buyers has almost reached pre-pandemic levels.

It’s a well-known fact that the prices of private homes in Singapore are increasing.

However, recent rising interest rates and implementation of cooling measures have not deterred foreigners from buying them in bulk.

According to a report by OrangeTee & Tie, purchases of luxury condominiums by foreigners and Singapore Permanent Residents (PR) have almost returned to pre-pandemic levels after a dip.

Among the foreign buyers, Mainland Chinese made up the highest percentage of those who purchased non-landed private homes, at 20%.

Number of condo units sold catching up to pre-pandemic levels

According to the report, foreigners bought more luxury condos this year although the government implemented cooling measures in 2021.

From Jan to Aug this year, non-PRs bought 143 units of condos priced at S$5 million and above.

The proportion of condos priced above S$5 million and purchased by foreigners has increased from 10.6% to 23.6% since Jan-Aug 2020.

As a result, the number of foreign buyers is returning to pre-pandemic levels. In 2022, buyers purchased 607 condos, slightly lower than the 632 purchased in 2019.

These are the total number of units sold since the pandemic:

Mainland Chinese made up majority of foreigners who purchased luxury condos 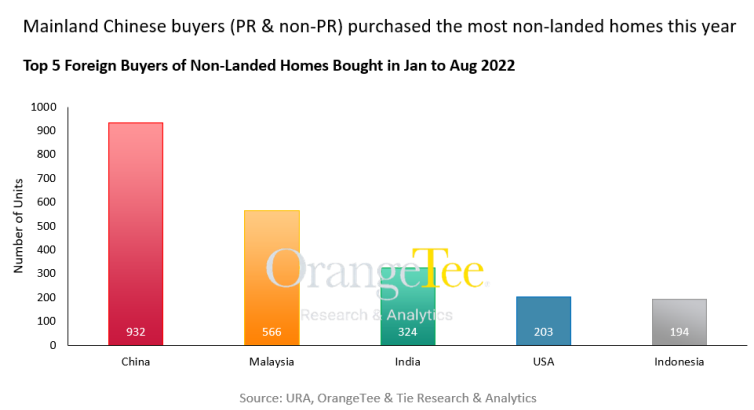 According to the report, Mainland Chinese bought 932 units of non-landed homes in the first eight months of 2022. This figure includes both Singapore PRs and non-PRs.

From January to August this year, Mainland Chinese purchased around 20% of all luxury condos sold, making up the majority. 422 condos were priced at S$5 million and above. Of these condos, Mainland Chinese bought 81 units, while Americans and Indonesians bought 34 and 28 units respectively.

Bukit Timah and Tanglin area most popular among buyers

District 10, including areas such as Bukit Timah and Tanglin, was the most popular among the non-PR buyers.

Some of the condos that were popular among buyers include CanningHill Piers, where 43 units were snatched up. 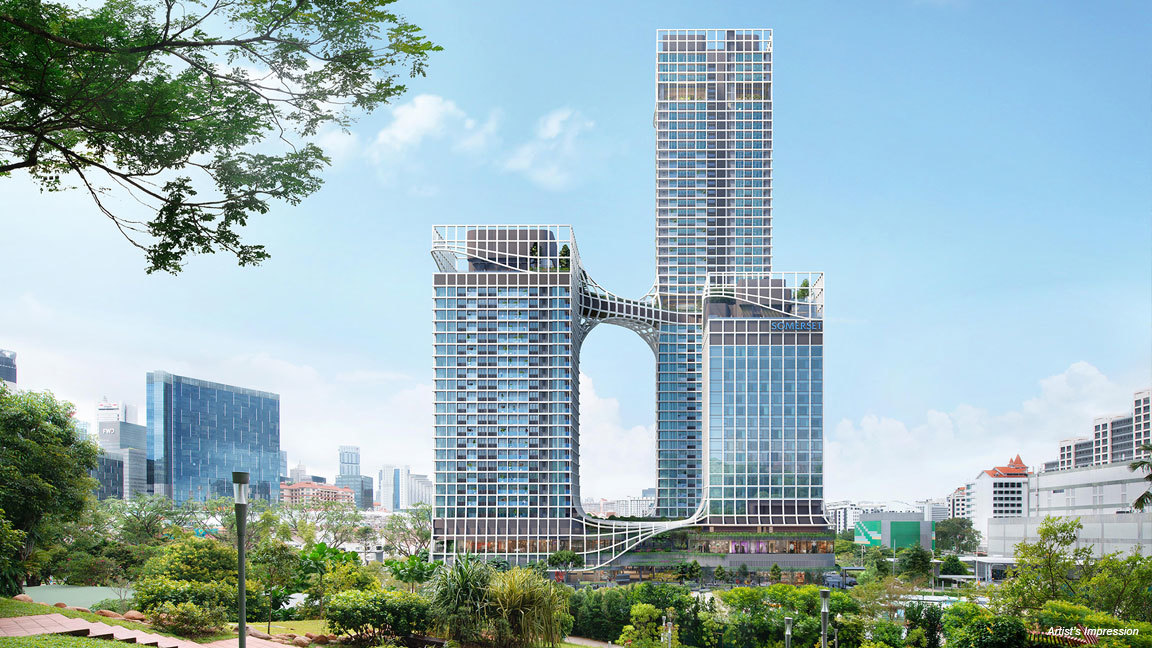 The most favourable price range for all the foreign buyers was between S$800,000 and less than S$2 million, states the report.

According to the report, foreigners consider properties here to be cheaper than in many other cities as prices have also increased there.