Thursday (Aug 15) marks 100 days since Pakatan Harapan (PH)’s surprise electoral win in May. And a pre-election Dr Mahathir promised voters that if elected, his government would get a lot of things done in these 14 weeks.

But how many of his promises has he actually delivered on? Dr M’s reported comments at a closed-door meeting suggest that he realises that PH has some way to go in delivering these promises.

Actually we did not expect to win, we made a thick manifesto with all kinds of promises … we must fulfil our promises which is why we can’t make promises that we cannot fulfil.

But that doesn’t mean the party shouldn’t try to make good on their word.

We need to make sacrifices to fulfil our promises. If we can’t fulfil them, we will need a good reason that is acceptable to the people.

So with that, we break down some of Dr Mahathir’s electoral promises and check if they’ve been delivered. 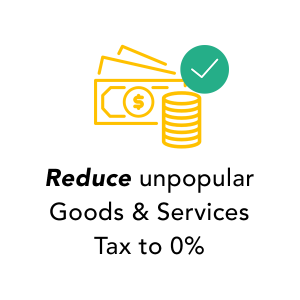 Dr Mahathir probably rode to power on his promise of abolishing GST. And it was one of the first things he did, zero-rating the tax in June.

On 8 Aug, the Malaysian Parliament repealed the unpopular tax. In its place, the legislature will introduce a Sales and Services Tax in September. 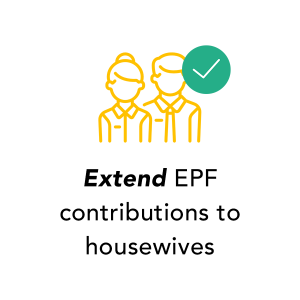 The Malaysian Employees Provident Fund (EPF) is a retirement account similar to Singapore’s Central Provident Fund. During the campaign, PH announced that it wished to extend the fund to housewives.

And true to its word, the government opened up EPF registration to homemakers, widows and single mothers on 15 Aug. 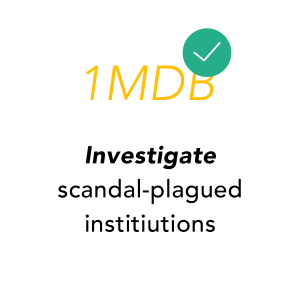 Dr Mahathir came to power with a mandate of cleaning up Malaysia’s corruption. Perhaps the biggest symbol of this corruption was ex-prime minister Najib Razak. Soon after PH came to power, there were multiple raids on Najib and his property.

On 3 July, Najib was arrested and charged with 10 counts of criminal breach of trust. A month later, he was hauled to court yet again, where he was charged with money laundering. 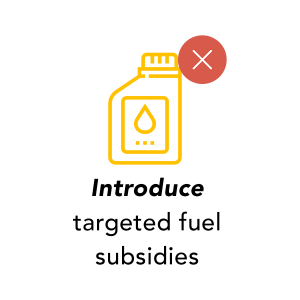 Whilst the government has reiterated this promise after taking power, the policy has not yet been implemented.

5. Stablise the price of fuels 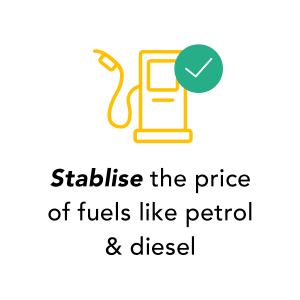 Keeping to its promise, the Pakatan government has maintained the price of RON95 and diesel at RM2.20 and RM2.18 per litre, respectively.

6. Standardise and increase the minimum wage 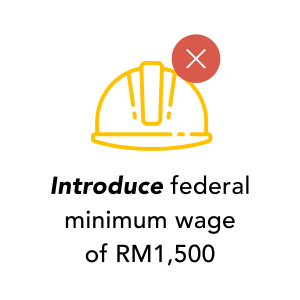 On 5 June, the government announced that the minimum wage was “undergoing a review process” and that a new wage would be announced in August.

However, it later admitted that it would be difficult for to increase the minimum wage to RM1,500 and that it would take some time to reach that figure. 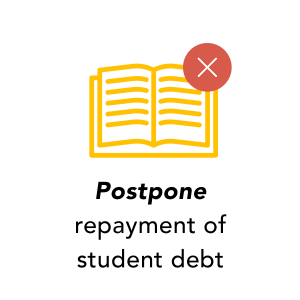 During the election, PH pledged to allow fresh graduates who earn less than RM4,000, to delay settling their loans.

However, on 19 July, the education minister remarked that the government is still finding ways to implement the policy. Nonetheless, he reiterated PH’s commitment to fulfilling the pledge.

8. Review the award of mega-projects to foreign contractors 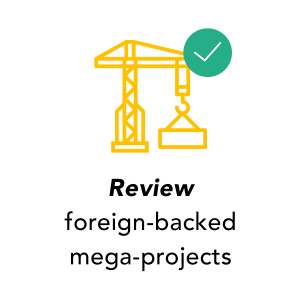 Right after taking power, Dr Mahathir announced his intention to review all major mega-projects funded by foreign countries. China for example, apparently charged “much higher” interest rates on the loans to Malaysia.

Dr Mahathir will discuss contracts and interest rates on infrastructure projects during his meeting to China this week.

9. Set up a task force to study how to return autonomy promised to Sabah and Sarawak, as set out in the Malaysia Agreement 1963 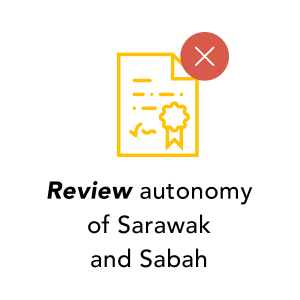 On 21 July, Minister Datuk Liew Vui Keong revealed that a special commmitte would be set up to review the Malaysia Agreement 1963 and the autonomy of Sarawak and Sabah.

While the government has signaled its intent, little has been done on this matter since. 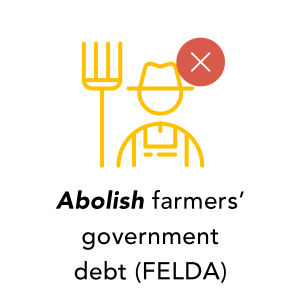 The Government promised to abolish 50% of debts lent to farmers by the Federal Land Development Authority (Felda).

These plans took a major hit when the Economic Affairs minister announced that the agency’s loans have already amounted to RM8 billion and that Felda was facing a critical cash flow problem. 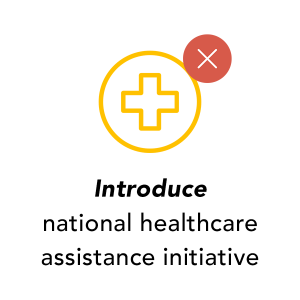 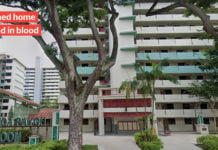 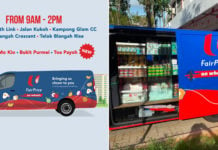