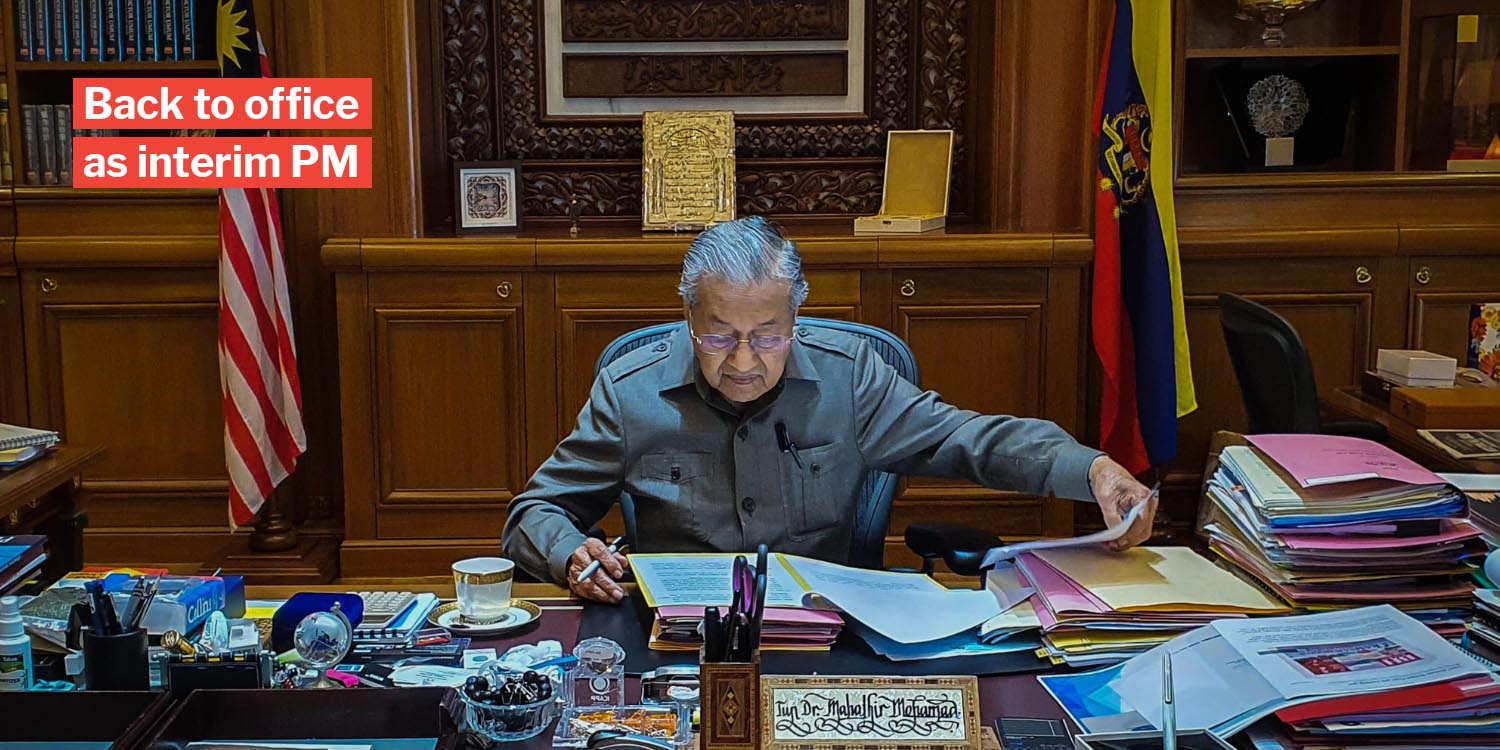 Mahathir Comes Back To Work After Resigning As PM, Amid Cabinet Dissolution

Malaysia has an interim Prime Minister, but he turned out to be more familiar than we thought. Dr Mahathir Mohamad is back in his office just a day after dramatically resigning as Prime Minister.

Immediately after his resignation, the King of Malaysia (Agong) made him interim PM to facilitate a new government forming. At the same time, the present Cabinet has been dissolved.

So it’s back to the grind for the 94-year-old, as Dr Mahathir posted on social media on Tuesday (25 Feb): 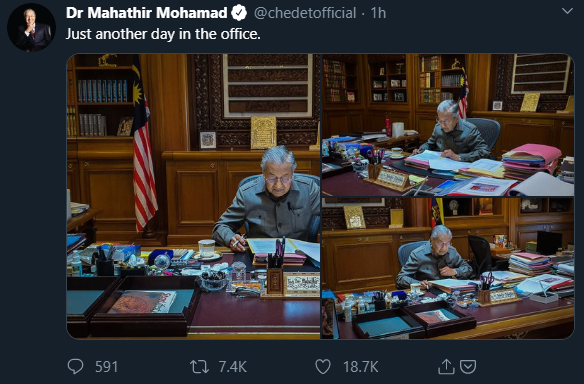 The current political situation in Malaysia is FUBAR, to say the least.

Multiple Members of Parliament (MPs) have exited the Pakatan Harapan coalition — which Dr Mahathir set up with Mr Anwar Ibrahim, his eternal frenemy, in 2018.

While details are murky, there are factions who wish for Dr Mahathir to stay for his full term of premiership until 2023, and others wish for him to uphold an agreement the 2 made.

Under this agreement, Mr Anwar would step into the PM role after a transition period with Dr Mahathir. However, this hasn’t materialised, and tensions were simmering between Anwar and his former protégé, Azmin Ali — one of those who defected from his faction in support of Dr Mahathir.

As a result, there is no simple majority in Parliament at the moment, and after Dr Mahathir’s shock resignation, there is also no Cabinet.

But he’s back at work anyway. 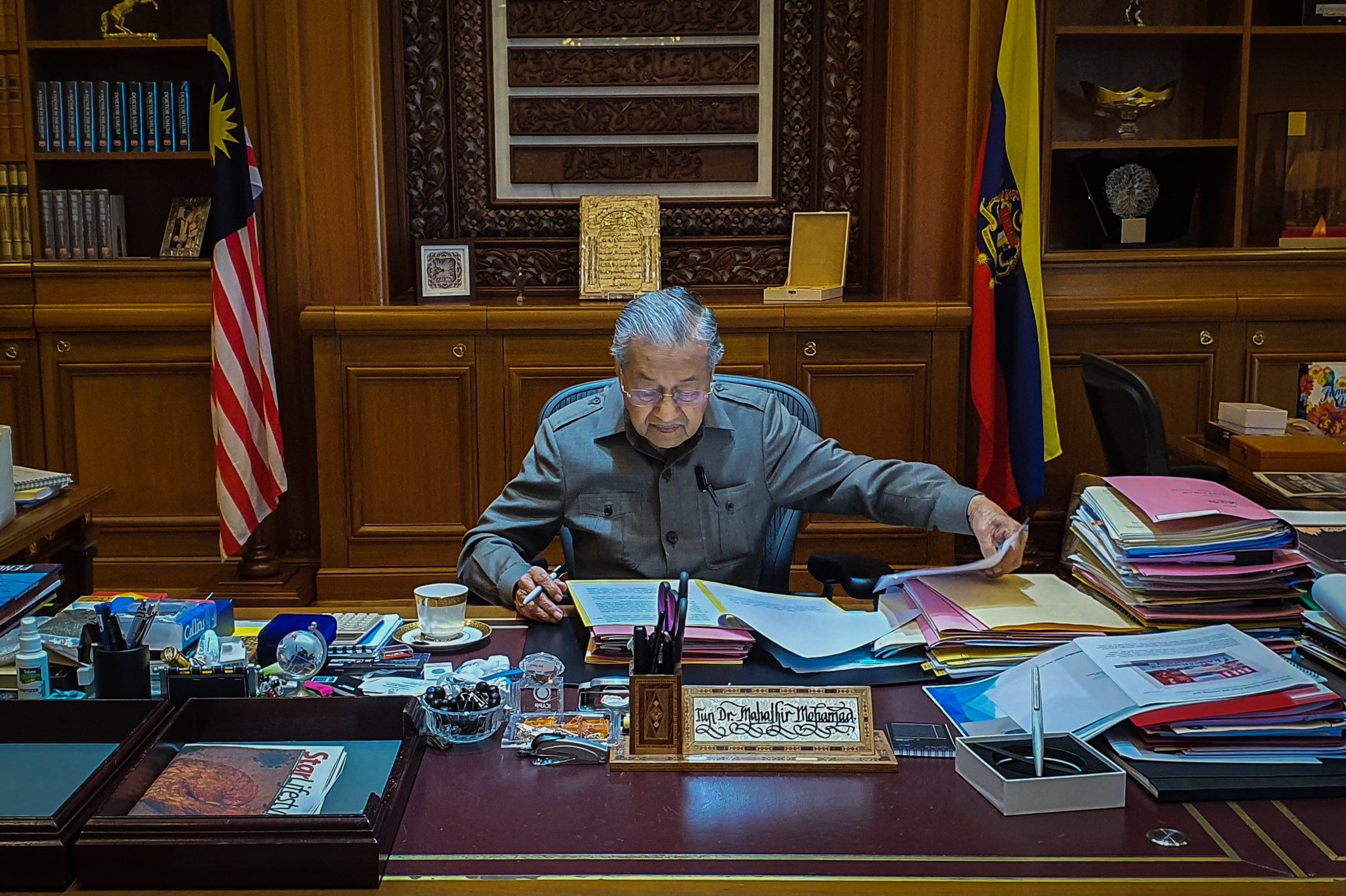 Dr Mahathir first stepped down as premier in 1998. That’s more than 20 years ago, but somehow, he finds himself still in office in 2020.

Whether that’s by choice, we cannot say, but we can safely say that this political situation is a difficult one for Malaysians.

Whether Dr Mahathir will still be in office by the time the new government is formed, is anyone’s guess. But for now, he has to work, because that’s the king’s orders.