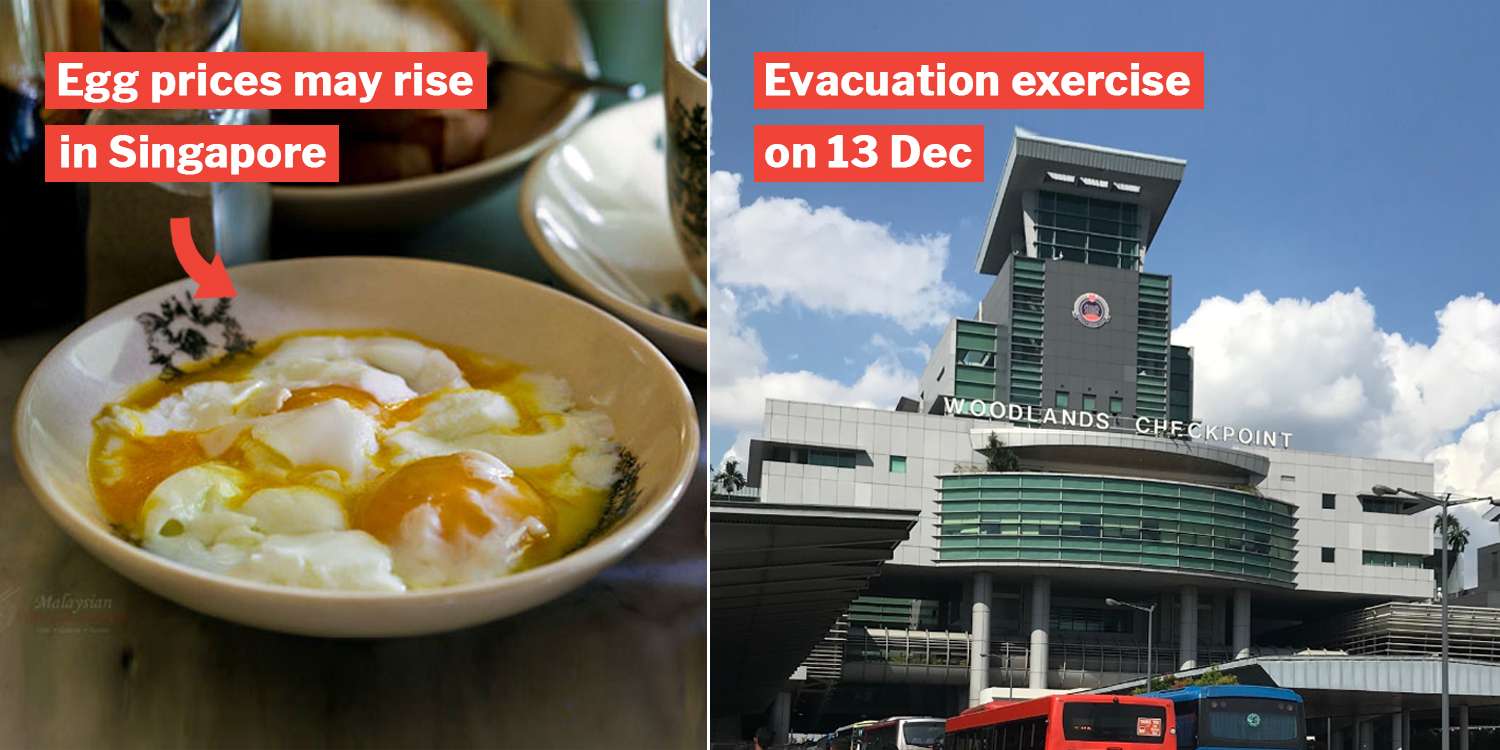 Singapore egg prices may increase as a result.

The territorial dispute between Malaysia and Singapore may have garnered lots of media attention. But in truth, life on both sides of the Causeway have been going on largely as per normal.

However, these two announcements from Malaysia on Tuesday (11 Dec), may have very real impacts on Singaporeans.

They came just one day after Prime Minister Mahathir confirmed that Malaysian vessels will remain in the disputed waters near Tuas while talks continue between the two countries.

Egg prices in Singapore may see a substantial rise in the near future.

Our largest egg exporter – Malaysia – may reduce or stop egg exports to Singapore, in an attempt to better meet their domestic demand.

The Malaysian government suspects this could be the result of cartel activities like price fixing and division of territories.

Cutting down on egg exports to Singapore may lead to more affordable eggs for Malaysians due to the increase in supply.

Those visiting Malaysia via the Woodlands checkpoint during the wee hours of Thursday (13 Dec) will have to make changes to their itinerary.

That’s because the Bangunan Sultan Iskandar (BSI) and Johor Bahru (JB) Sentral will be conducting a evacuation exercise from 12am to 2am.

The Johor immigration building and JB Sentral Railway Station will be closed temporarily until the end of the exercise.

Travellers planning to visit Malaysia via Woodlands Checkpoint are advised to travel via the Tuas Checkpoint instead.

We can’t say for sure if these announcements have anything to do with the territorial disputes that both countries are currently locked in.

But if there’s one thing that we can learn from these announcements and their potential impacts, it’s that our two countries are inextricably linked.

Meanwhile, we hope both countries will find a mutually agreeable resolution to the dispute soon.