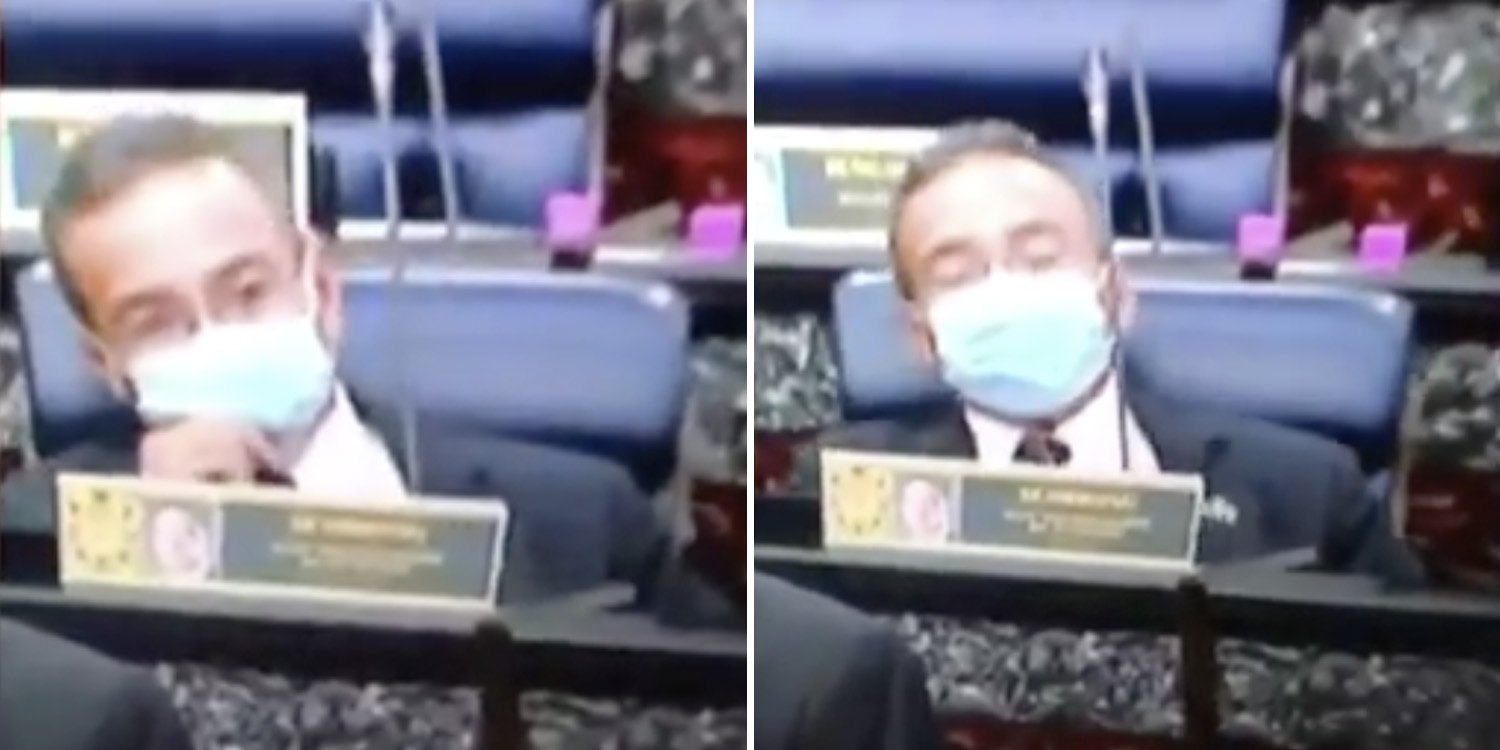 While smoking cigarettes has been progressively restricted in Singapore, vaping on the other hand has been totally disallowed.

That’s why when 3 teens were caught openly vaping in the MRT, they were warned and fined.

In Malaysia, it’s not just the young who’ve been doing it, but it seems even their senior government officials do it.

For example, Minister for Foreign Affairs Hishammuddin Hussein, who was caught doing it in Parliament, of all places. 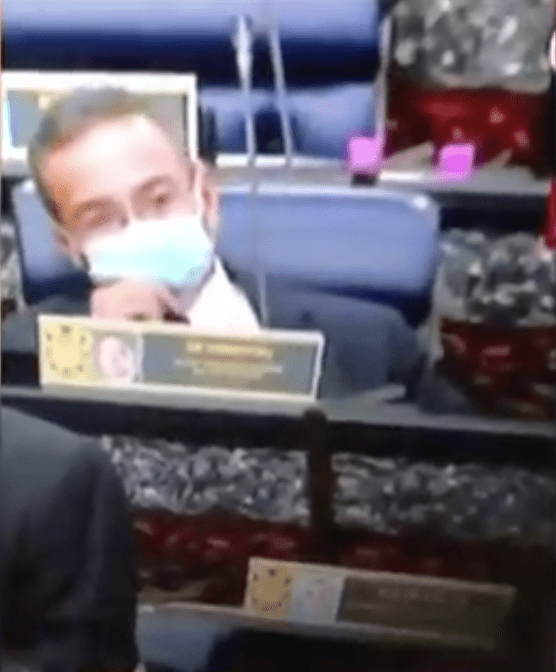 On Thursday (6 Aug), a video of Mr Hishamuddin vaping under his face mask during what looked like a Malaysian Parliament session circulated on Twitter.

In the video, the minister can be seen casually lifting his mask slightly to insert the vaporiser underneath.

He then exhaled in seeming relief, closing his eyes. The vapour can be seen escaping from the side of his mask.

Towards the end of the video, a colleague can be seen standing to speak.

The Twitter user who posted the video captioned it with “do the right thing laa”, with laughing emojis.

In less than a day, the video garnered over 2,300 retweets and comments.

Netizens were quick to react to the video. Many found it entertaining.

Some commented on how the minister seemed to have enjoyed that puff he took.

Some even took to the minister’s Facebook page, joking that using the vaporiser had made him smart.

However, many also criticised him for the act, saying it was unbecoming of a minister.

This is especially because smoking is supposed to be banned in Parliament.

He explained that vaping was a new habit he had picked up, and promised not to do it again.

The minister reportedly used to be a heavy smoker and was hospitalised for a blockage in his artery in 2013.

While he quit smoking because of that, it seems he’s picked a similar new habit.

Smoking is not allowed in Malaysia’s Parliament.

Tobacco products in Malaysia are currently regulated under the Food Act. The sale of vaporiser liquids containing nicotine has been banned since 2015.

However, there are no laws yet on the sale and use of non-nicotine vaporisers and e-cigarettes.

Under the previous administration, Malaysia had been considering a total ban on vaping after reports on its ill effects, according Channel NewsAsia. 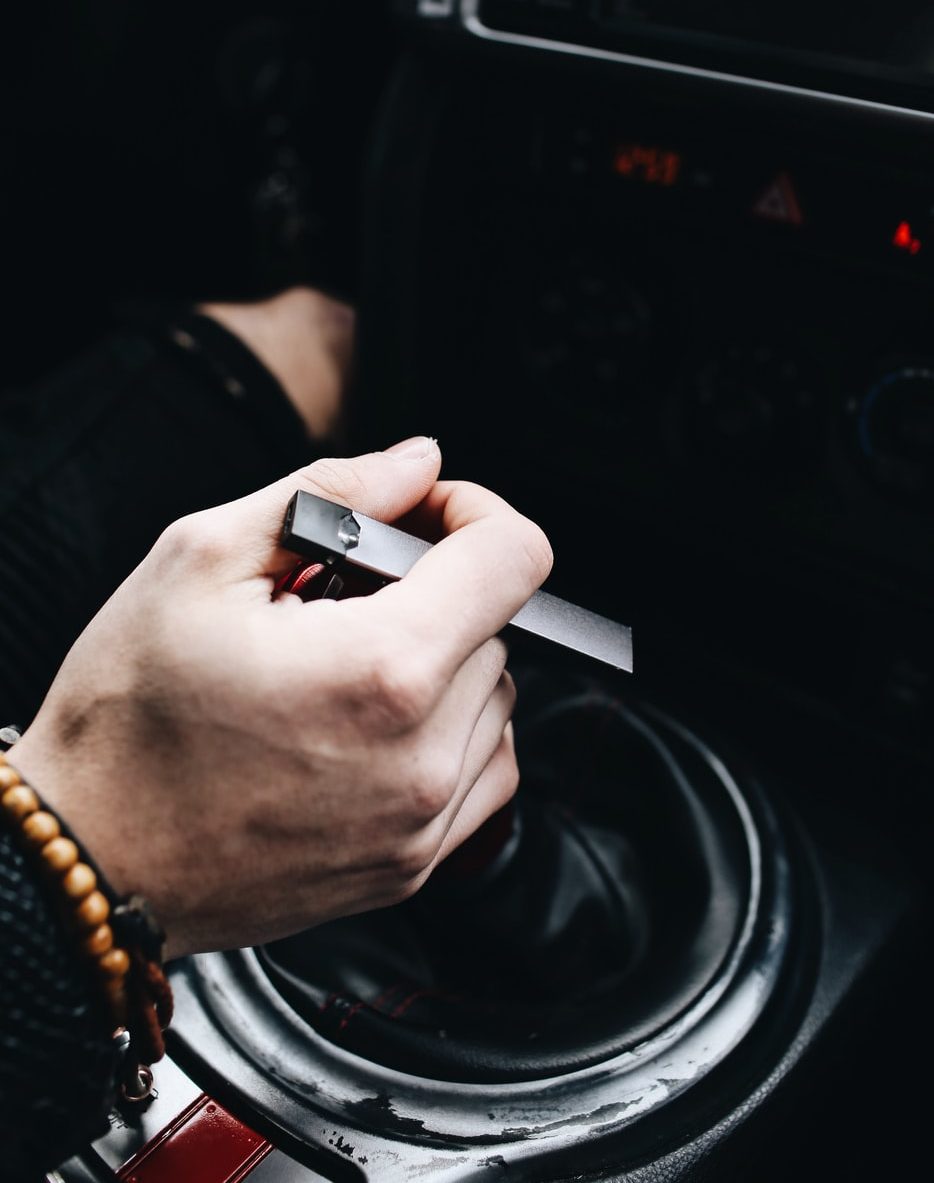 But in actuality, vaping has seen an increase in popularity in Malaysia, especially among youths, said the Southeast Asia Tobacco Control Alliance.

There has also been a proliferation of vaping centres that sell vaporisers and vape juice.

Although many may joke about Mr Hishamuddin’s incident, vaping has been gaining popularity in Singapore too.

We just have to look at the news on the 3 teens in the MRT, and the recent case of a National Environment Agency officer also caught vaping, to realise that the habit has taken hold of some Singaporeans too.

Due to the considerable health risks, it’s wise not to pick up the habit, and to be on the lookout for friends and family members who may have done so.