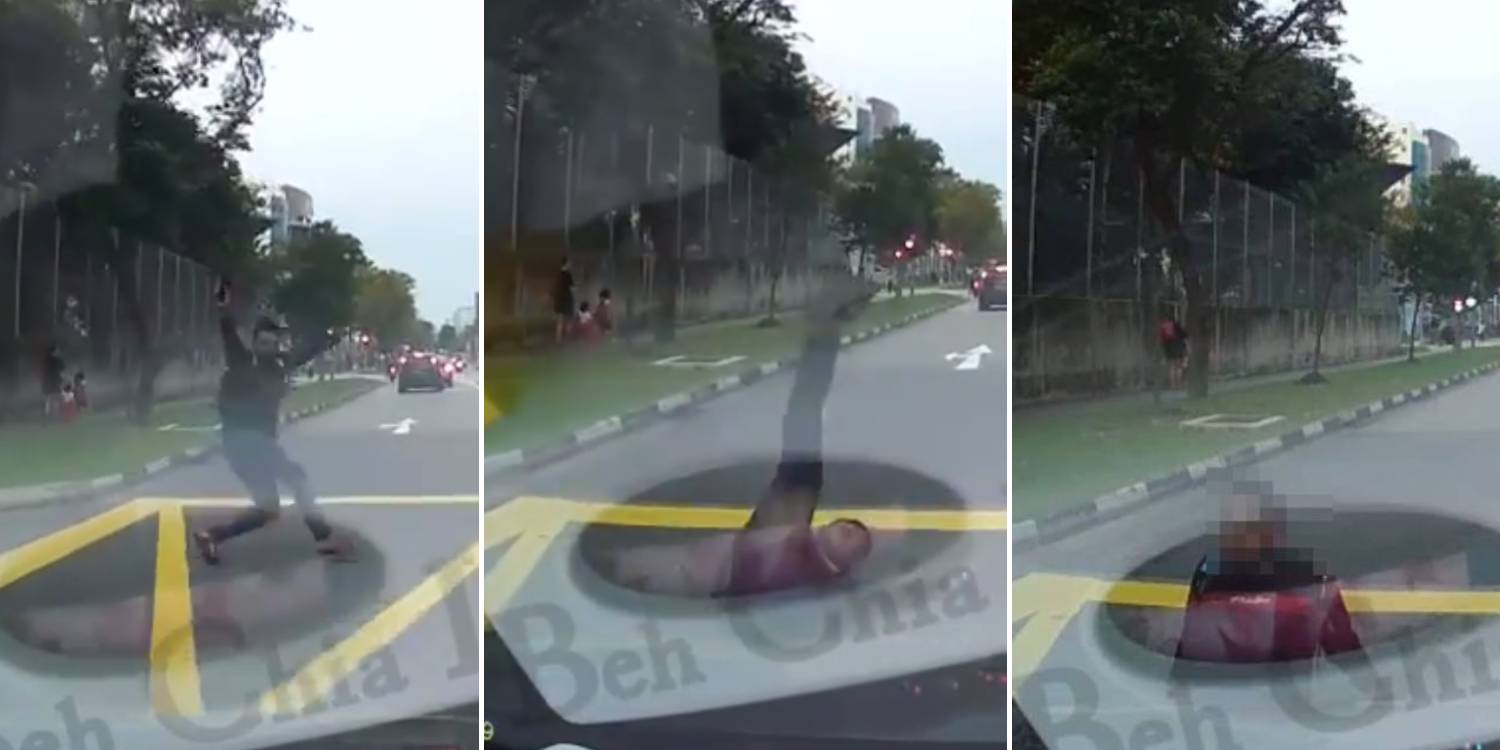 The driver could be heard asking, "What are you doing?"

Driver Encounters Man Who Jumps In Front Of Car In Serangoon

While driving on the road, one has to remain alert and focused at all times.

Because, apparently, you never know when someone’s waiting by the side of the road to jump in front of your car.

This is what happened to one driver, whose dashcam managed to capture the strange and hilarious scene.

After rolling around in supposed agony, the “victim” allegedly asked the driver for money.

Man jumps in front of car at Serangoon

A recording of the incident was shared on Facebook group Beh Chia Lor on Wednesday (28 Sep).

It appears to have occurred outside the POPULAR Bookstore headquarters at Serangoon North around 7.02pm on Monday (26 Sep).

As the car goes down the road, a man standing at the roadside abruptly jumps out in front of the vehicle.

It seemed as though the man had been waiting for the car to approach before leaping out. 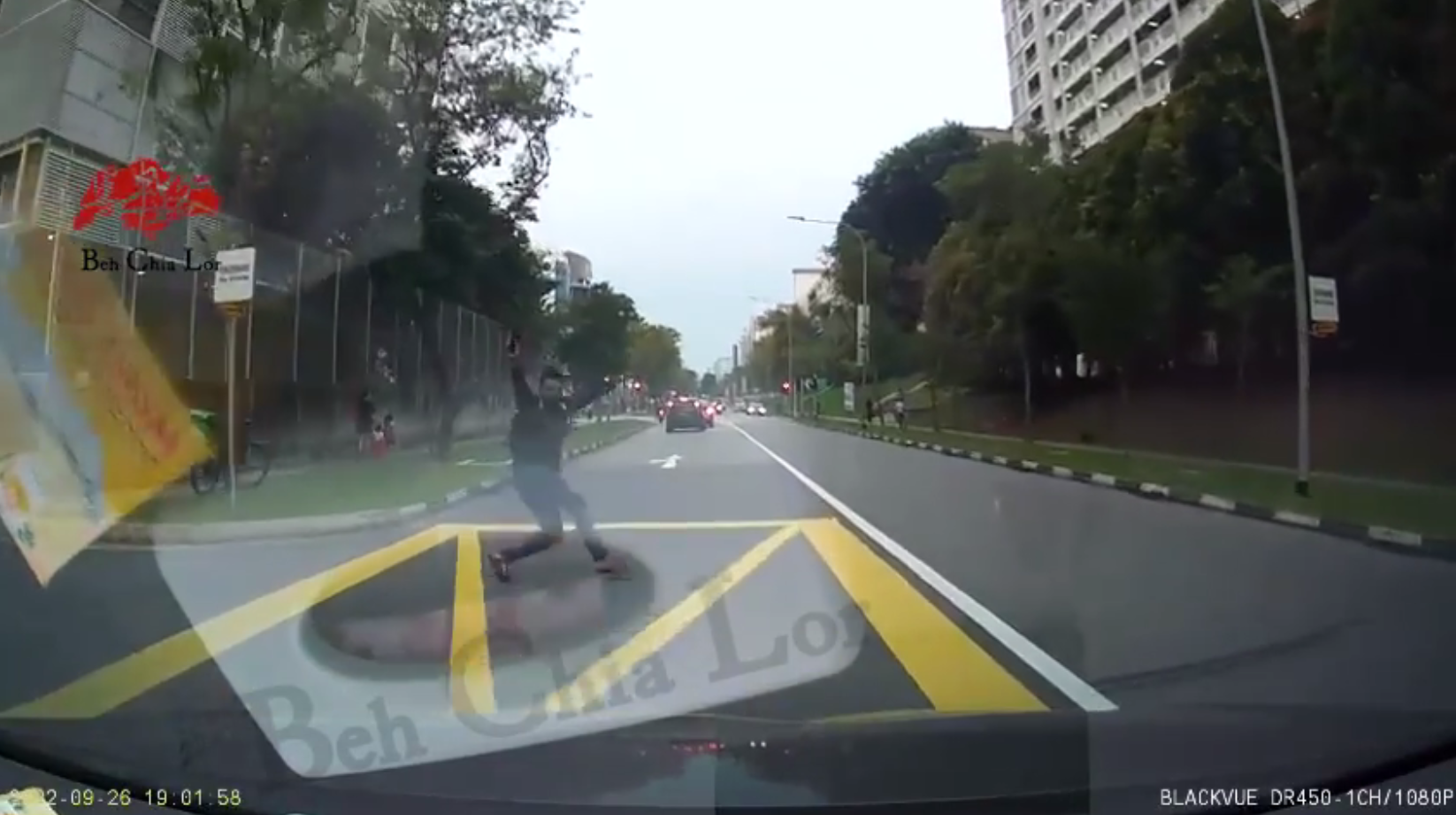 With a theatrical landing, the man falls to the ground — several metres away from the car. 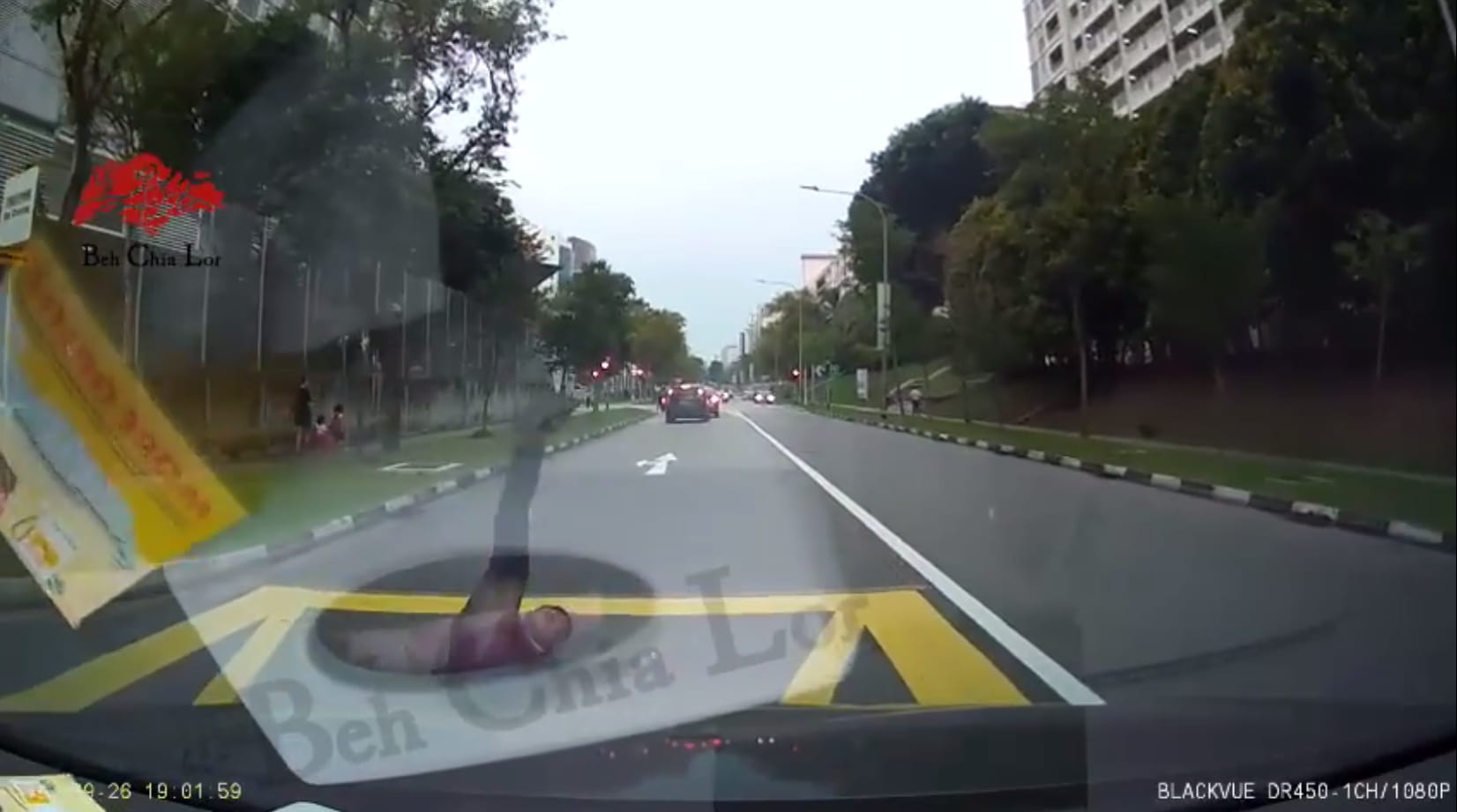 After falling and flailing on the ground for a few seconds, the man sits up but does not move from the road. 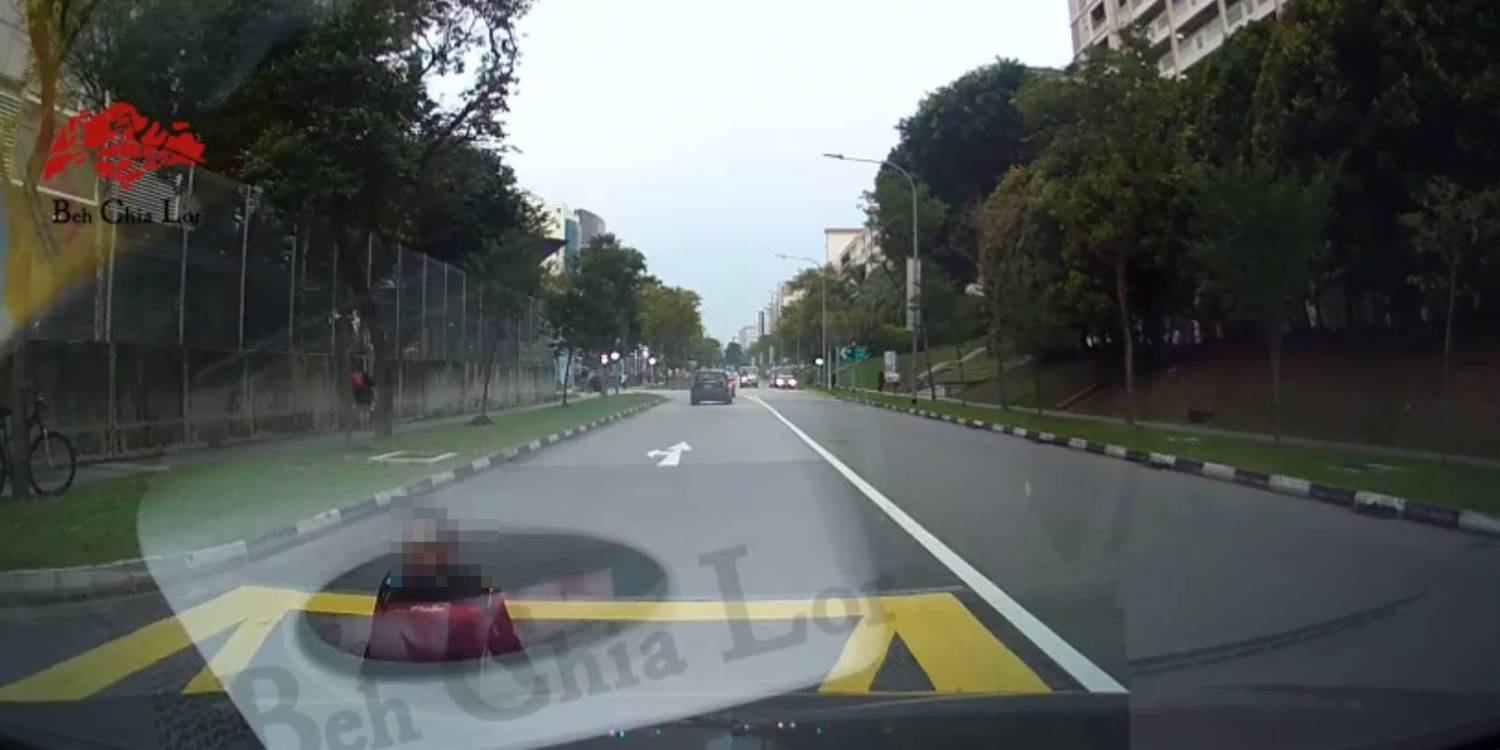 The driver can be heard asking, “What are you doing?”

But the man does not appear to respond. Instead, he continues to sit there, muttering inaudibly.

When the man refuses to move from the spot, the driver appears to get out of the car, and then the video ends.

According to the OP, the man had allegedly asked the driver for S$100.

While the post does not provide any further details, it’s possible that the man could have been trying a scam that’s infamous in China.

The ruse is so widespread that it has its own term, ‘pengci‘. People would try to extort money from drivers as compensation by feigning injury from traffic accidents.

While we’re unsure whether this was really what the man was attempting since he never even touched the car, jumping in front of a vehicle is dangerous and should not be done under any circumstances.