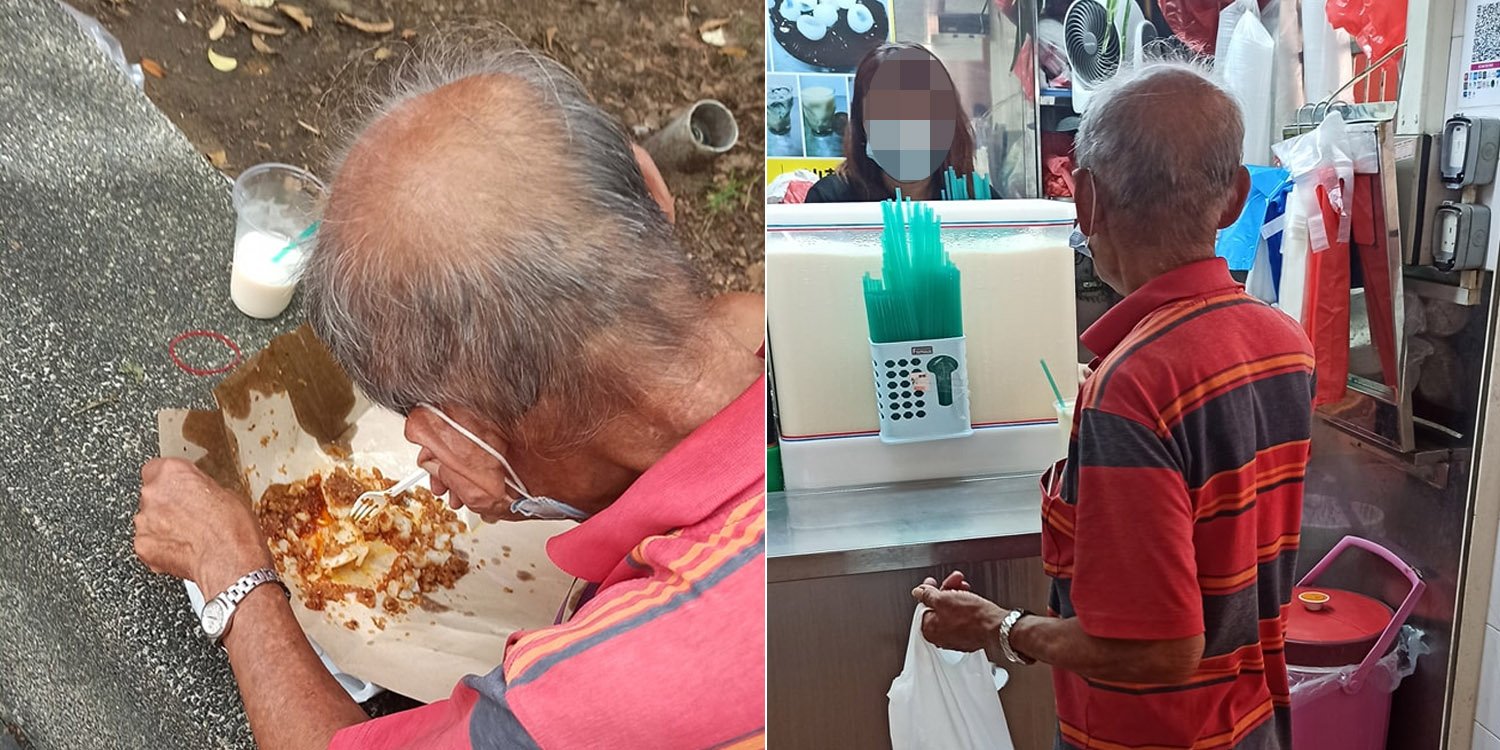 He was seen sipping on leftover cups of soy milk.

Even though Singapore has made great strides in terms of development and prosperity, there remain some who are struggling to get by.

For instance, while many of us can get food with ease via delivery services, some can only settle for leftovers.

Recently, activist Gilbert Goh highlighted the plight of an elderly man who was seen eating leftover food along Waterloo Street.

Witnessing the predicament that the senior was in, Goh and his team handed the man some cash so he could treat himself to some proper food.

In a Facebook post on 20 Jul, activist Gilbert Goh shared about his team’s encounter with an elderly man along Waterloo Street.

Goh and his team had reportedly seen the senior sipping on leftover cups of soy milk, a drink that he’s particularly fond of.

Upon meeting him that afternoon, the team handed him some cash, allowing him to purchase some proper food.

Goh & team provide such individuals with about $200/month

According to Goh, Singapore has about 100 such individuals who are surviving on leftovers.

Many of them are reportedly seniors who do not have a place to call home.

What’s perhaps more worrying is that they have a higher likelihood to fall through the cracks and remain undetected by social welfare services.

When they encounter such individuals, Goh and his team would apparently provide them with cash so they could fill their tummies with proper food.

Typically this would mean a $50 weekly ‘grant’ that would amount to $200 per month.

Though Goh and his team will continue to be on the lookout for such individuals, he urged netizens to inform them if they know of any seniors who eat off leftovers or from the bins. You may try to reach him via Facebook here.

Kudos to volunteers who look out for those in need

Knowing that there are people in Singapore who struggle to afford proper food is truly heartbreaking.

We are thus grateful for activists and volunteers like Goh who go the extra mile to help them out.

If you encounter anyone who’s in such a predicament, do inform Goh so his team can assist with their situations.