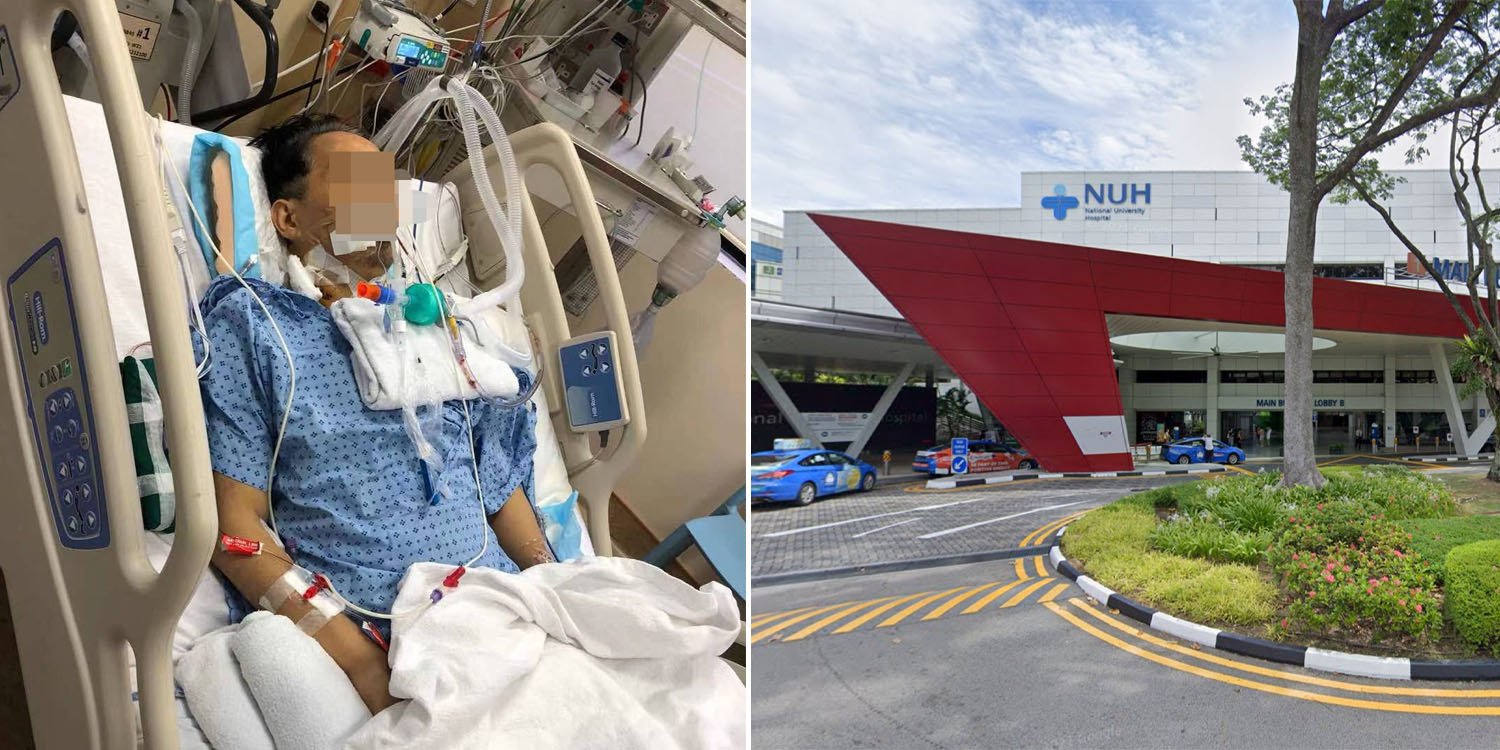 Doctors say it's best he gets a transplant within the next 48 hours.

Stomach aches are a common ailment, and most of the time, we wouldn’t think much of it because they would go away after a while. Either that or a toilet trip would do the trick.

However, after suffering from stomach and intestinal issues for two weeks, one man in Singapore discovered that his situation was much more severe than he imagined.

On Monday (25 Jul), Mr Xiong, in his 40s, suffered a liver rupture and was warded in the Intensive Care Unit (ICU). 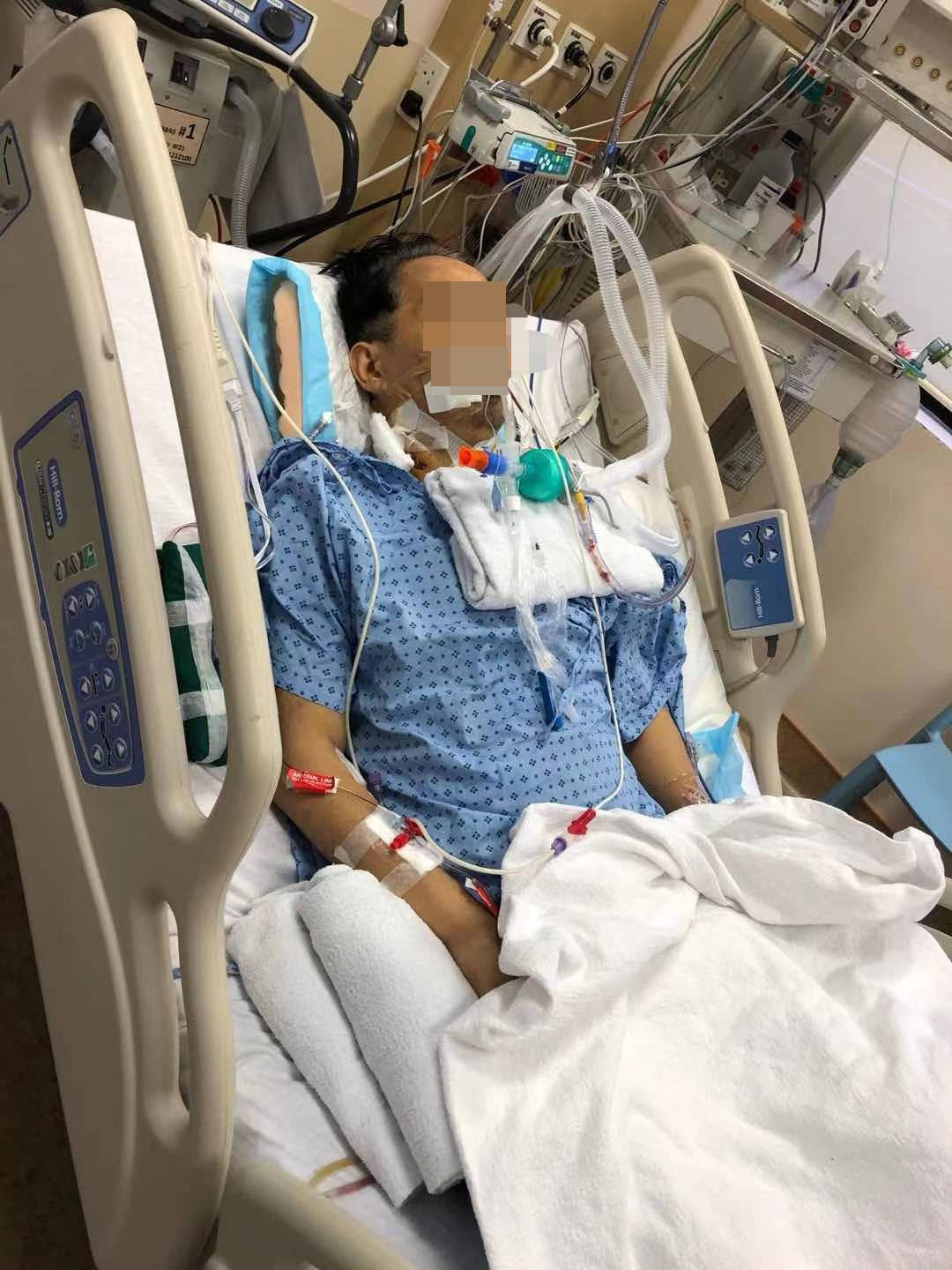 Now he urgently needs a new liver, and his loved ones are appealing to the public for help.

In recent years, Mr Xiong suffered a series of stomach-related ailments and would occasionally seek medical help for it.

So when these issues came up again in the past two weeks, Mr Xiong and his family thought nothing of it.

His wife, Madam Yu, said, “He is typically selective about what he eats… We didn’t think the situation would be so serious”.

He visited a clinic multiple times and was later referred to a hospital for a checkup.

On Friday (22 Jul), Mr Xiong went to Ng Teng Fong General Hospital for what he thought was a simple checkup.

However, doctors found that he had ulcers and holes in his intestines and was hospitalised. Unfortunately, he suffered a liver rupture on Monday (25 Jul).

The next day, Mr Xiong was transferred to National University Hospital’s ICU, where he underwent a keyhole surgery. 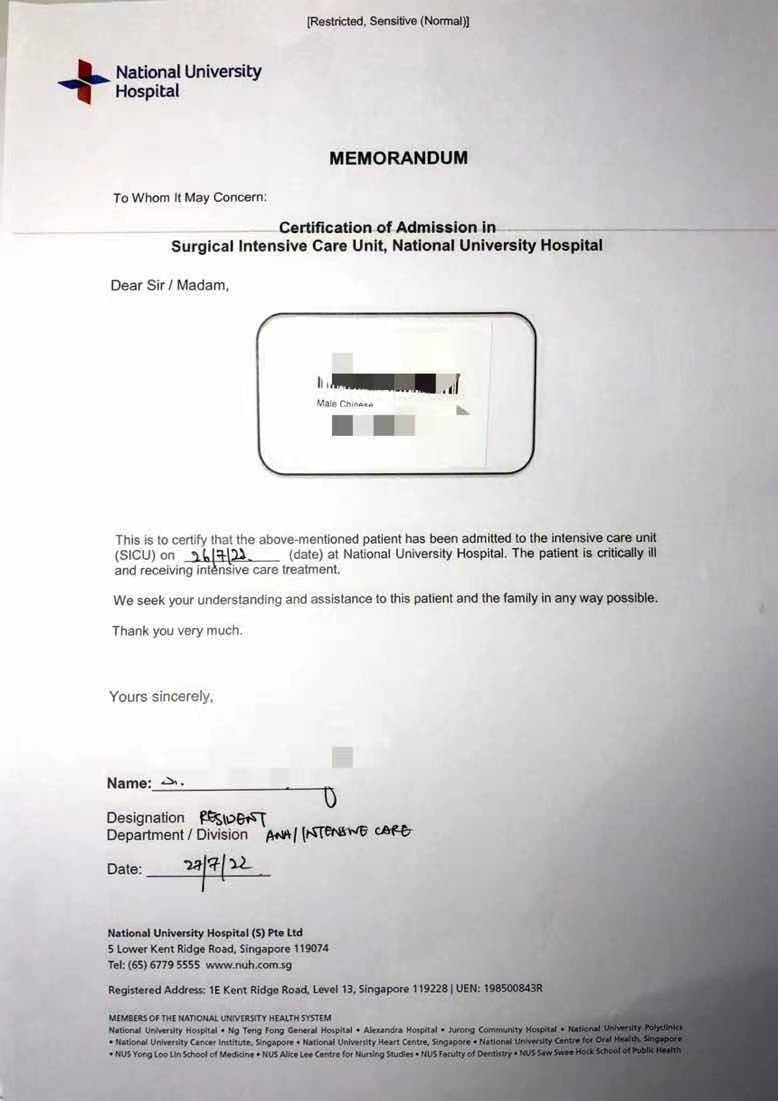 Madam Yu said doctors suspected intestinal bacteria had moved to his abdomen and infected his liver, causing his liver to fail.

By the time Mr Xiong’s condition came to light, it was too late, as his liver functions were deteriorating.

Doctors said he could only survive by getting a liver transplant. Initially, they advised that he get a transplant by Sunday (31 Jul).

However, Madam Yu was found ineligible, and they were unable to get hold of a suitable donor.

Speaking with MS News, Molly, Madam Yu’s friend, said some donor candidates have gone for a checkup at the hospital.

But the hospital has a stringent evaluation process, and no one has been shortlisted yet.

Madam Yu and Mr Xiong are migrants living in Singapore and parents to an 11-year-old girl.

With relatives far away in China, it isn’t easy to find a donor for Mr Xiong. While they are trying to make arrangements to travel over, border restrictions are proving to be a challenge.

As of now, Mr Xiong is stable and conscious. But doctors said he needed to undergo a liver transplant as soon as possible, or he would not have much time left. Optimally, the transplant should be in the next 48 hours.

Madam Yu is now urgently appealing to the public for a liver donor.

Donors will need to fulfil the following requirements:

If you’d like to volunteer as a donor, you can reach out via the Whatsapp group here.

Molly shared that Mr Xiong’s loved ones appreciate the kind folks who have contacted them thus far.

This includes some who rushed down from Malaysia to see if they were suitable donors and had to endure long checks at the hospital.

Consider being a donor

We can only begin to imagine the worry Mr Xiong’s family feels, having to watch his situation get increasingly dire by the day.

So if you are eligible, do consider being a donor. You can also find out more about donating your liver here.

Hopefully, with everyone’s help, a suitable candidate will soon be secured, and Mr Xiong will soon be en route to recovery.

Featured image courtesy of Molly and adapted from Google Maps.