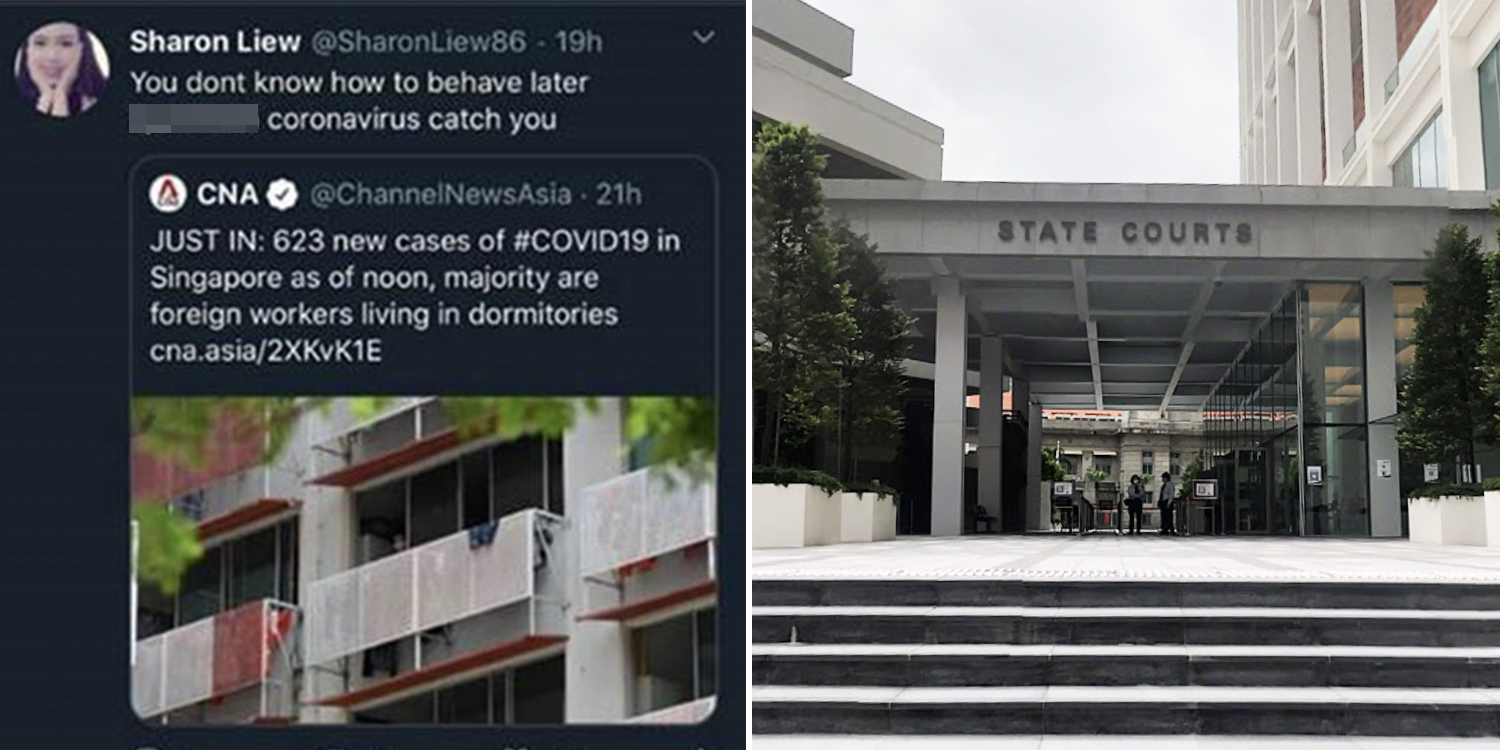 Singapore is a multi-racial, multi-religious, and multi-cultural country. We pride ourselves on our diversity.

So, any attempt to stoke racial tensions is treated very seriously here.

On Tuesday (8 Jun), the 35-year-old was sentenced to 3 weeks’ jail for acts against racial harmony.

According to The Straits Times (ST), Zainal pleaded guilty to 2 charges of acts against racial harmony on Tuesday (8 Jun). 2 similar charges were also considered.

He was sentenced to 3 weeks’ jail.

This comes even as Zainal’s lawyers claimed that he was “not a racist” but simply took a parody account too far.

In response, the judge said race and religion are sensitive issues.

On the Internet, remarks can be amplified and cause irreversible harm to racial harmony.

The judge also added that as the pandemic has given rise to heightened racial tensions, there is a need for a strong deterrent.

Zainal set up the Twitter account as a parody with 2 friends back in Jul 2018 to poke fun of racially insensitive Singaporeans.

With over 5,000 followers, Zainal took sole control of the account in early 2019, reported CNA.

In Oct 2019, he made an offensive tweet about Malays’ educational standards.

On 25 March 2020, he made another racially offensive tweet saying “smart Chinese” women have been socially distancing from Indians.

He also referred to Indians using a racial slur. 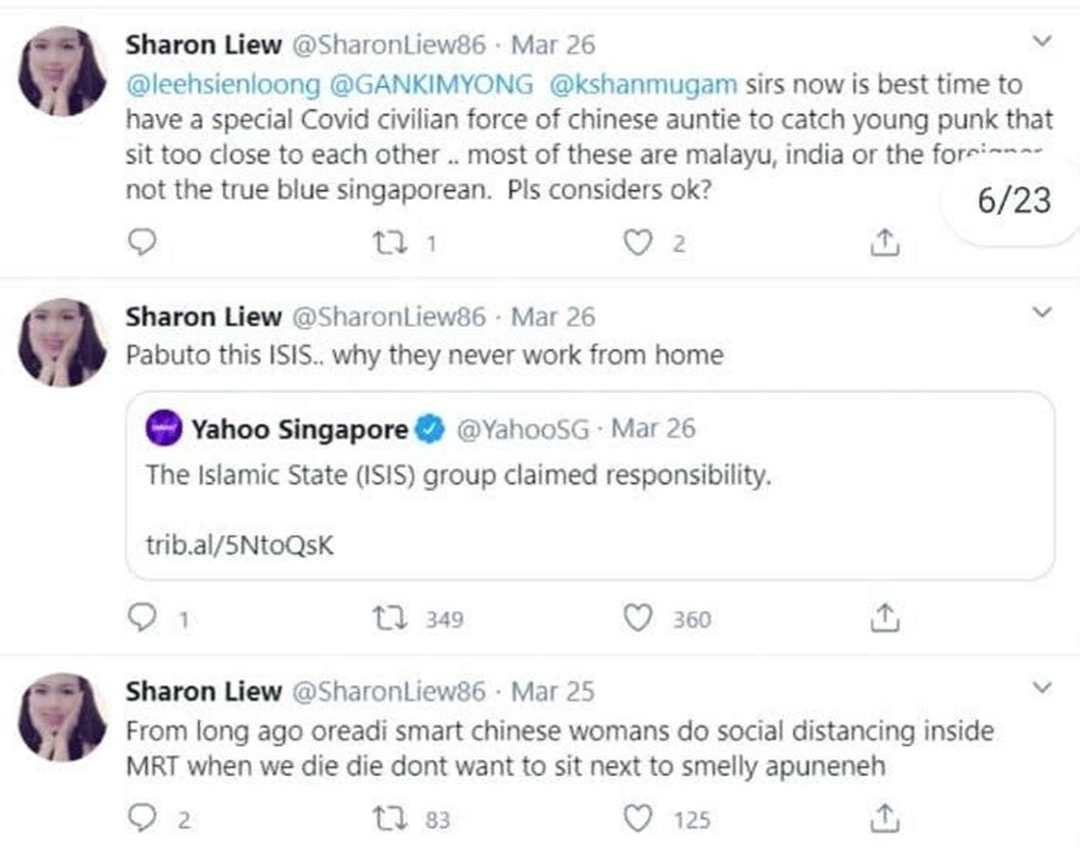 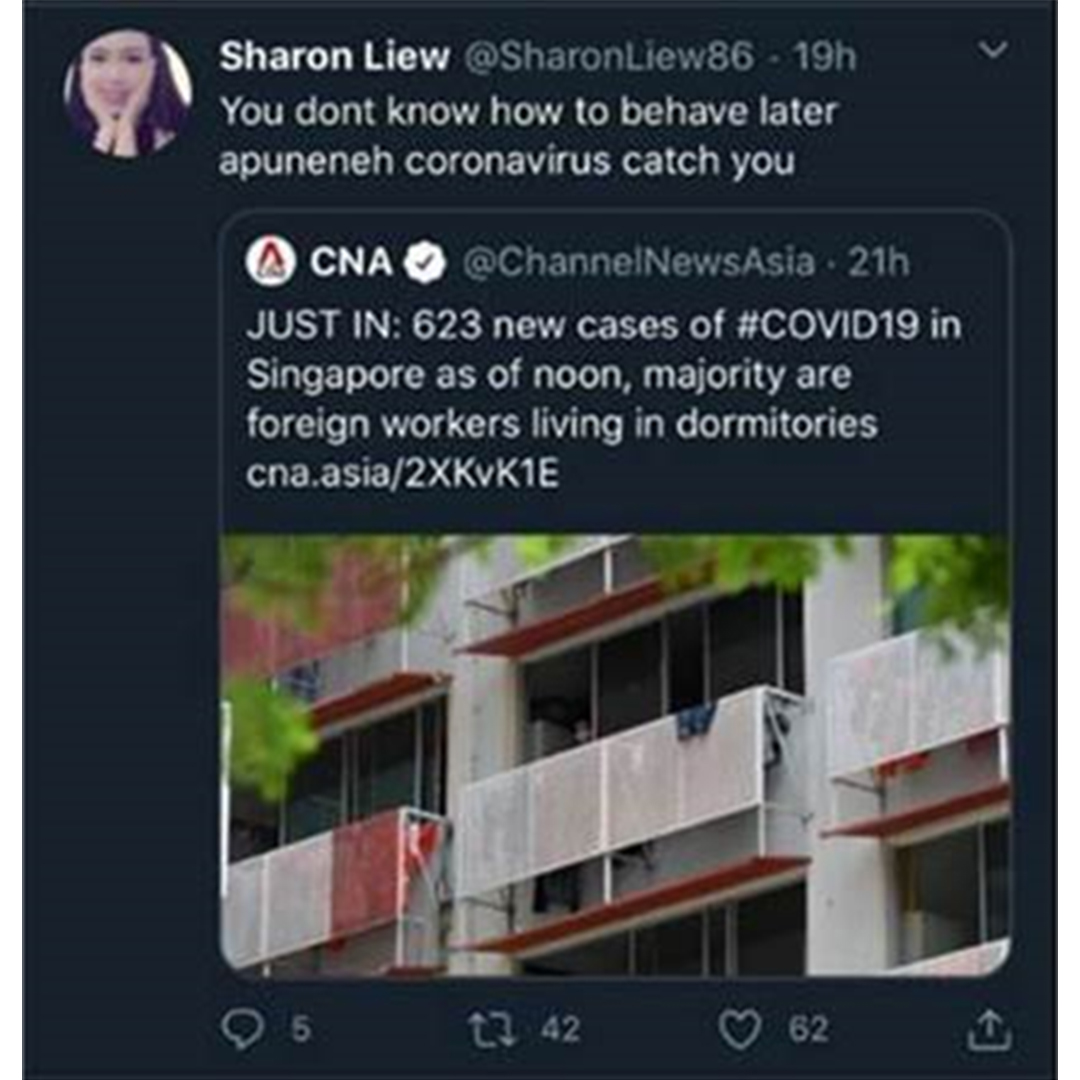 A member of the public later made a police report about it.

5 days later, Zainal was uncovered as the man behind ‘Sharon Liew’.

AGC warns against such behaviour

The prosecutor said that Zainal had crossed the line and the account was no longer parody but rather an online troll provoking others.

According to CNA, the judge expressed that the language used in the tweets were in “bad taste”.

She added that if Zainal valued racial and cultural diversity, he would have found the need to preserve sensitivities.

The Attorney-General’s Chambers (AGC) also emphasised that such behaviour will be dealt with firmly.

Racial and cultural relations need to be valued

It is perhaps an ironic twist that Zainal was eventually responsible for the exact thing he was poking fun of.

While it might have been an honest mistake of taking a parody account too far, it is a poignant reminder of the sensitivities within race relations in Singapore.

And in today’s climate where tensions are heightened, a badly-worded tweet or post can spark a frenzy.

There’s definitely a line to be drawn between parody and using racial slurs, and we hope he’s learned his lesson.