Worker Passes Away After Being Trapped Under Metal Pipe At Defu Avenue 2, MOM Investigating 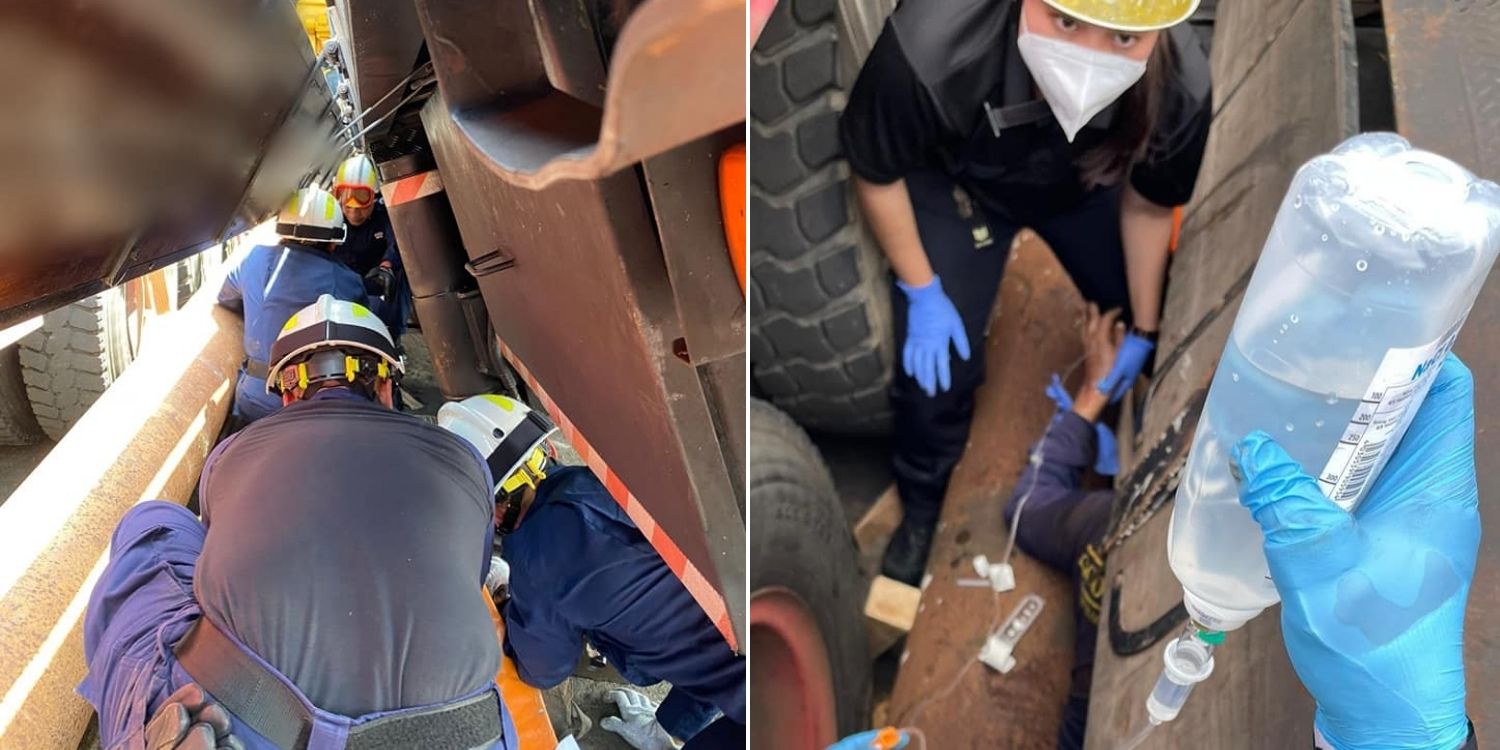 Sepcial air bags were used to create space for the rescue.

UPDATE (29 May): The 49-year-old worker has passed away. The deceased’s employer, Good Year Contractor, has been ordered to halt all lifting operations. MOM is currently investigating the case.

Workplace accidents have become a major cause for concern of late. In April alone, there had been 10 fatalities. Sadly, the death toll continues to rise.

A man recently found himself trapped under a metal pipe in between two heavy vehicles near Hougang. 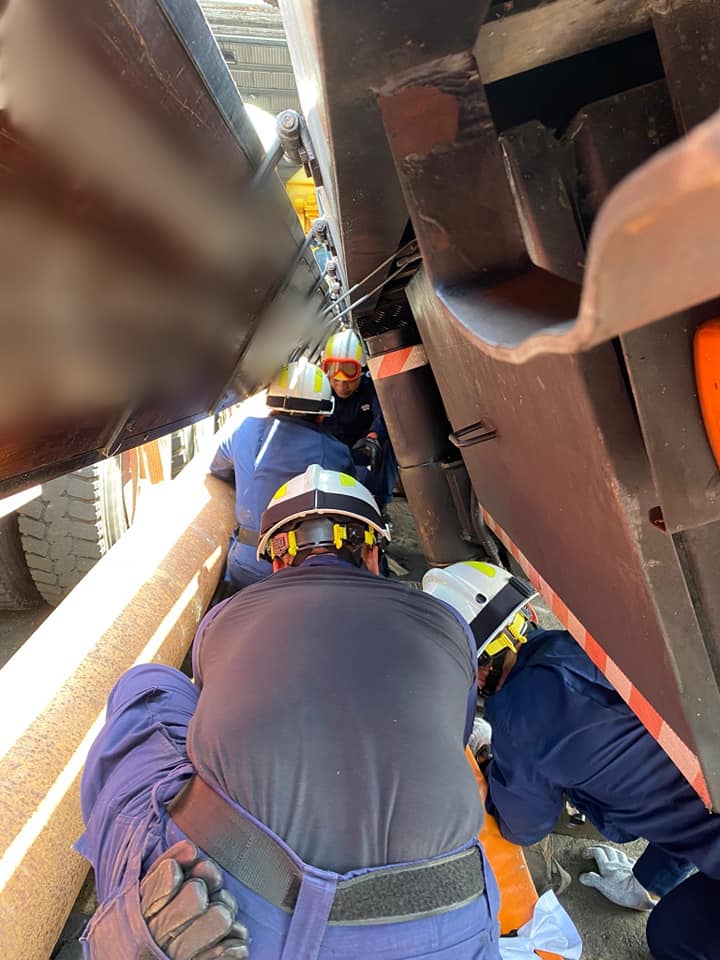 The man was eventually freed with the help of the Singapore Civil Defence Force (SCDF) and other specialised authorities. But he passed away at the hospital later.

According to a Facebook post, SCDF activated a rescue team at Defu Avenue 2 after receiving an alert regarding a man trapped under a metal cylindrical pipe between a trailer and a lorry on Friday (27 May).

As the first to arrive on the scene, SCDF firefighters and Emergency Medical Services from Paya Lebar Fire Station conducted a joint assessment of the precarious situation. Although it was difficult, they managed to render medical assistance to help stabilise the trapped man. 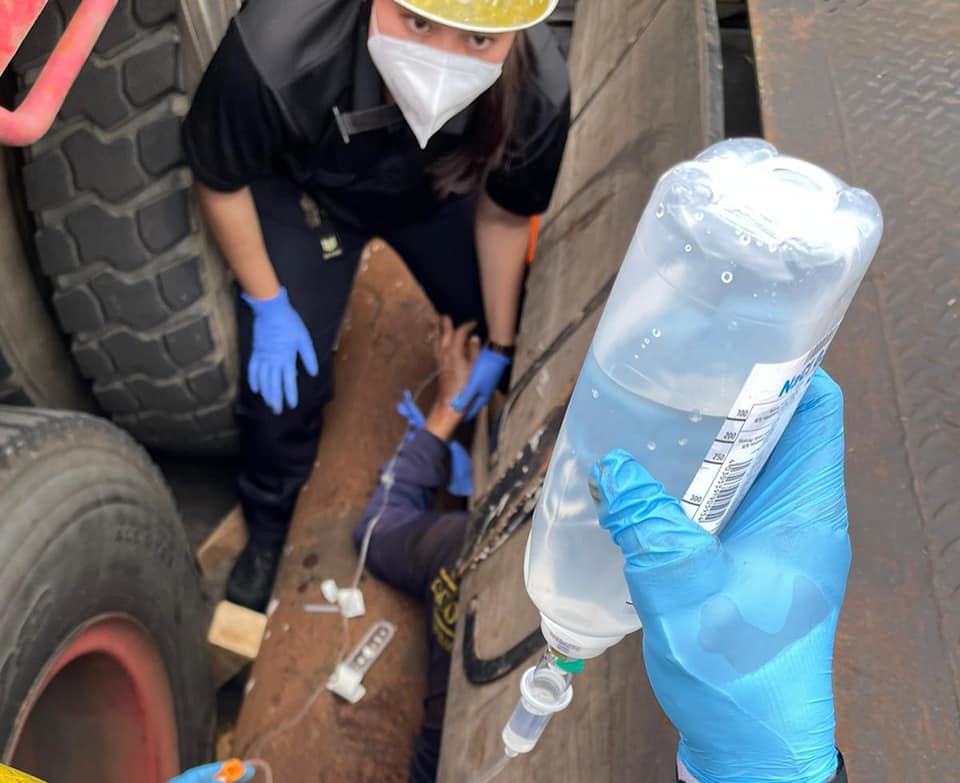 Passed away at the hospital

Rescuers from the Disaster Assistance and Rescue Team (DART) also showed up to assist with the operation.

Together with the fire station crew, they used two air lifting bags to lift the pipe.

These special airbags will expand when filled with air, creating space for rescuers to complete the operation. Through everyone’s combined efforts, the man was freed and conveyed to Tan Tock Seng Hospital. Unfortunately, he succumbed to his injuries.

One of the metal pipes rolled off

According to The Straits Times, the deceased was a Good Year Contractor employee. He was working at 18 Defu Avenue 2, a building occupied by Lik Kng Contractor.

The employer has since been ordered to halt all lifting operations.

The Ministry of Manpower (MOM) said a lorry crane fell to its side while lifting and unloading propeller shafts, i.e. the massive metal cylindrical pipes.

Unfortunately, this resulted in one of the pipes rolling off. The worker, who was assisting with the lifting operation, was hit and had his leg trapped.

This latest fatality brings the total number of worksite accidents this year to 25.

It’s saddening to learn about another worker’s demise after companies were instructed to implement a two-week time-out to enhance safety measures.

All employers and authorities have a responsibility to ensure the safety of their workers.

If there were lapses in protocols, we hope all parties involved can promptly address them to prevent another accident.

MS News sends our condolences to the victim’s loved ones.