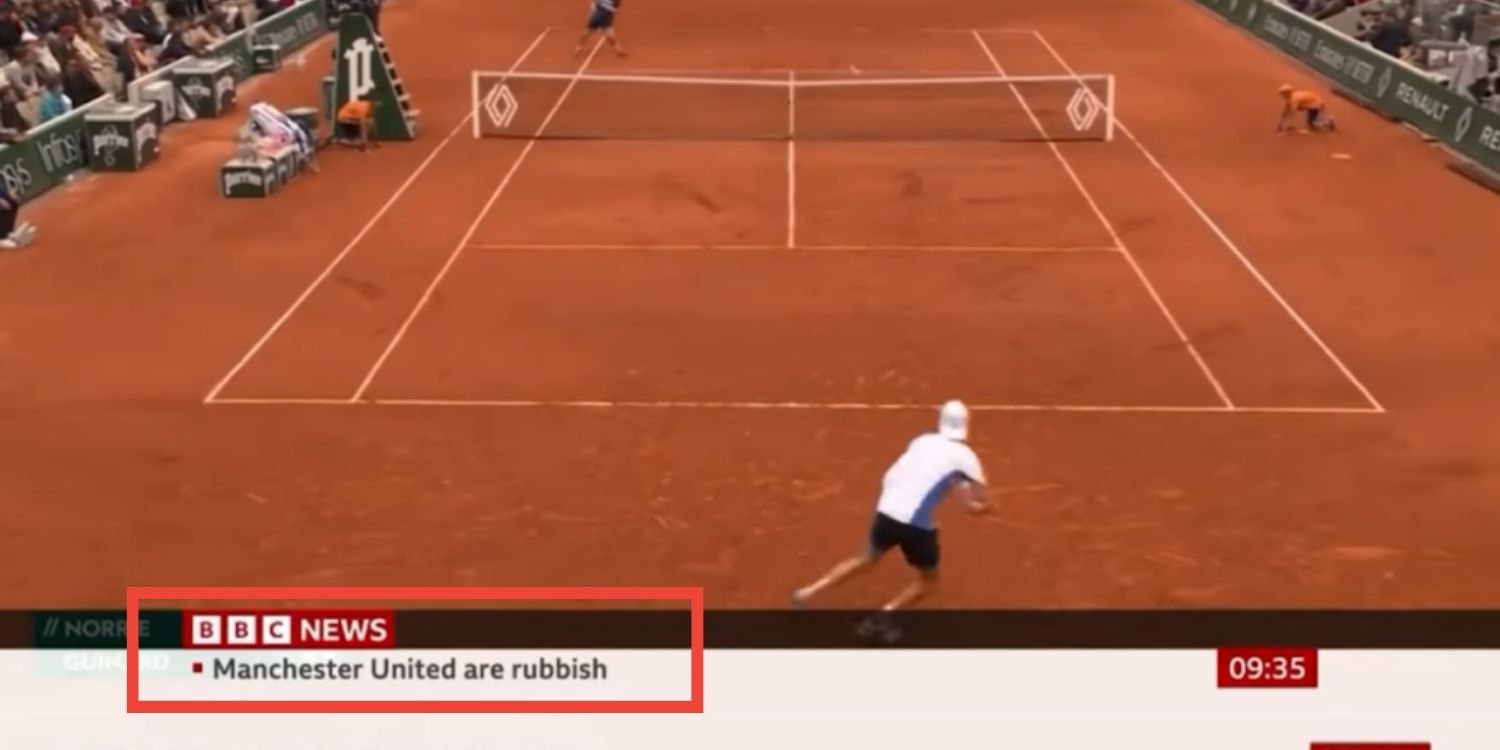 Netizens, including supporters of the club, are saying that it's a "fact".

Football fans can be a very passionate bunch. They have no qualms declaring their fierce loyalty to their favourite teams and their scathing distaste for rival clubs.

Recently, someone who has something against one of the most popular football clubs in the world decided to be cheeky at work.

During the Tuesday (24 May) morning update on BBC, the line “Manchester United are rubbish” appeared on the news ticker at the bottom of the screen.

Errrr… what is going on with the BBC News ticker? pic.twitter.com/fofbiGyMfs

The channel quickly apologised for the gaffe and explained that it was caused by a trainee who was “just writing random things”.

BBC says the phrase wasn’t supposed to be on screen

On 24 May, BBC News was airing a tennis update on the morning broadcast when the message “Manchester United are rubbish” popped up at the bottom of the screen.

BBC presenter Annita McVeigh later apologised for the blunder and provided an explanation for what happened, The Guardian reported.

McVeigh shared that a staff member was learning how to put text on the news ticker. Since it was only a training session, the staff was “just writing random things not in earnest”, hence the cheeky remark.

However, for some reason, it ended up on the broadcast.

“So apologies if you saw that and you were offended, and you’re a fan of Manchester United,” said McVeigh. “But certainly that was a mistake, and it wasn’t meant to appear on the screen.”

Hilariously, netizens seemed to agree with the statement.

Numerous comments made quips about how the BBC was simply “telling the very needed truth” about Manchester United’s performance.

Some even say that an apology was unnecessary since the trainee was “stating a fact”.

Even self-proclaimed Manchester United supporters can’t help but concede with the observation.

In fact, one user believes that fans of Manchester United are the ones who are most likely to slam the club.

According to ESPN, Manchester United has been experiencing “their worst season in Premier League history”, which explains the attitude towards the team.

We wonder how Manchester United would feel after knowing that so many agree that they’re “rubbish”.

The BBC must be relieved that the trainee didn’t write anything more offensive or inappropriate.

In any case, we reckon everyone will think twice before writing “random things” that could end up on national television.