Must Share News – Independent News For Singaporeans
Home People S’pore Football Star Mat Noh Passes Away At 67, Known For His... 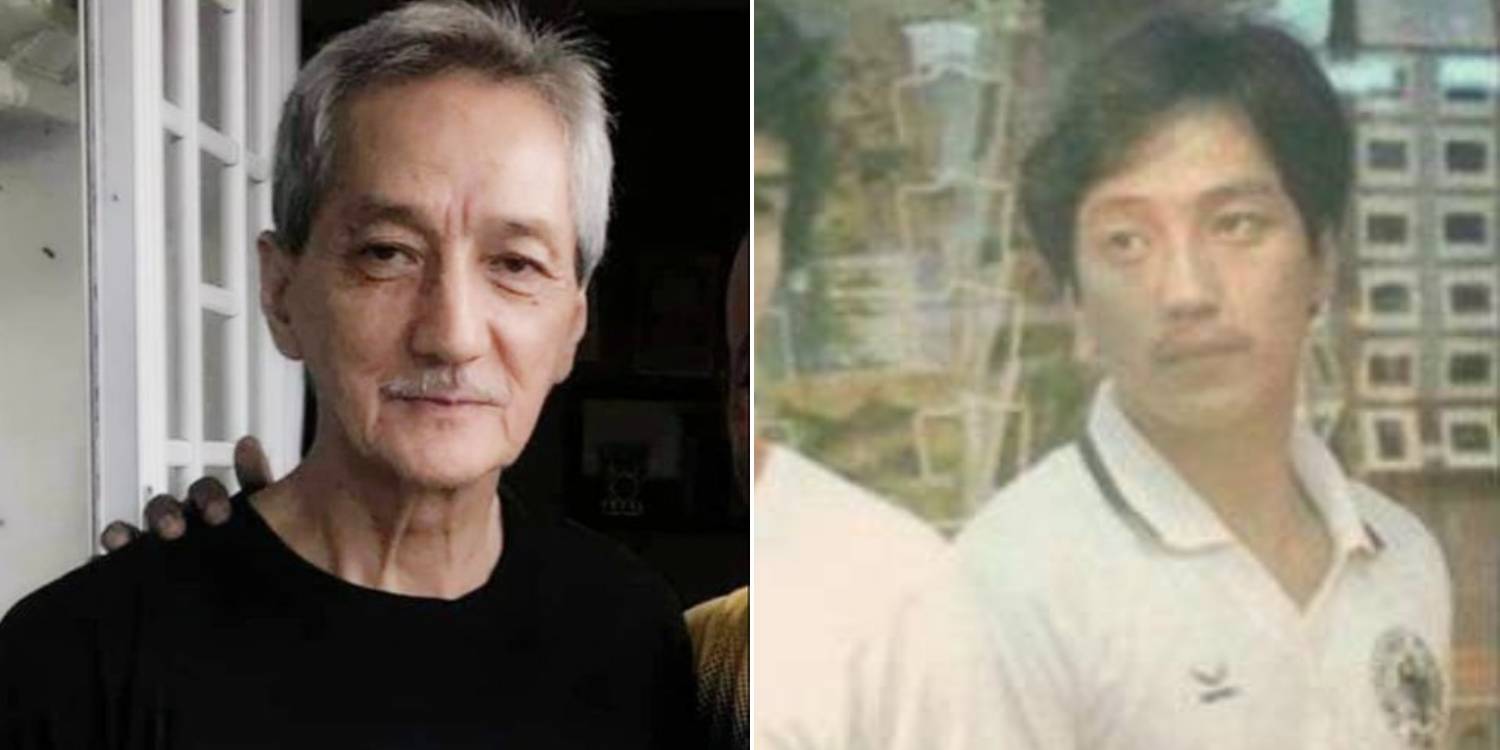 Once upon a time, Singapore was a force in the Malaysia Cup. Many stars represented the nation while they competed against states in Malaysia, winning several cups along the way.

One of these stars, Mohamed Noh Hussein, passed away at the age of 67 this morning on Monday (20 Sep).

He was fondly known as “Mat Noh” by fans. 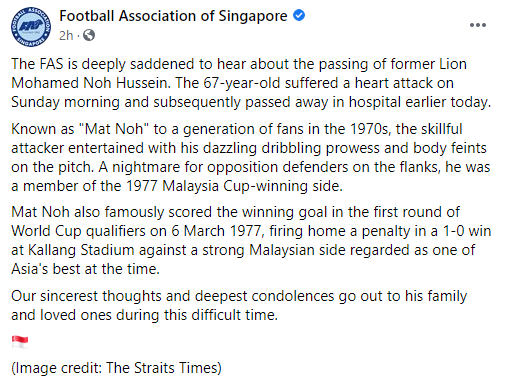 Mat Noh passes away at 67

The Straits Times (ST) reports that Mat Noh had suffered a heart attack on Sunday (19 Sep) morning and passed away this morning at Sengkang General Hospital.

ST further reported that he was in critical condition.

Among the tributes was one from the Football Association of Singapore (FAS).

He was a part of the winning 1977 Malaysia Cup side along with Quah Kim Song and Dollah Kassim. He was known for his dribbling ability as an attacker, as well as his good looks, but retired from football after 1981. 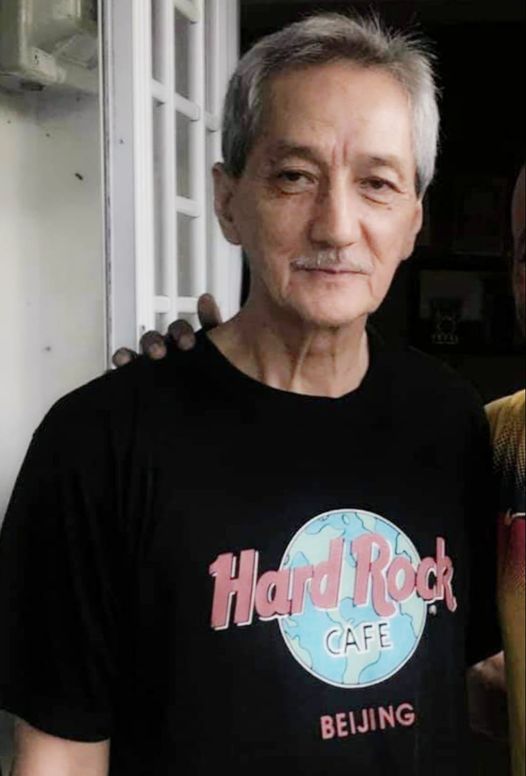 Comments poured in giving their condolences to the family, some of whom called Mat Noh their “football idol”.

May Mat Noh rest in peace

Even though the man has been out of the game since the 80s, he is still fondly remembered by many thanks to his heroics.

Singapore and the football community have definitely lost a star.

MS News offer our sincere condolences to Mat Noh’s family during this difficult time, and may he rest in peace.