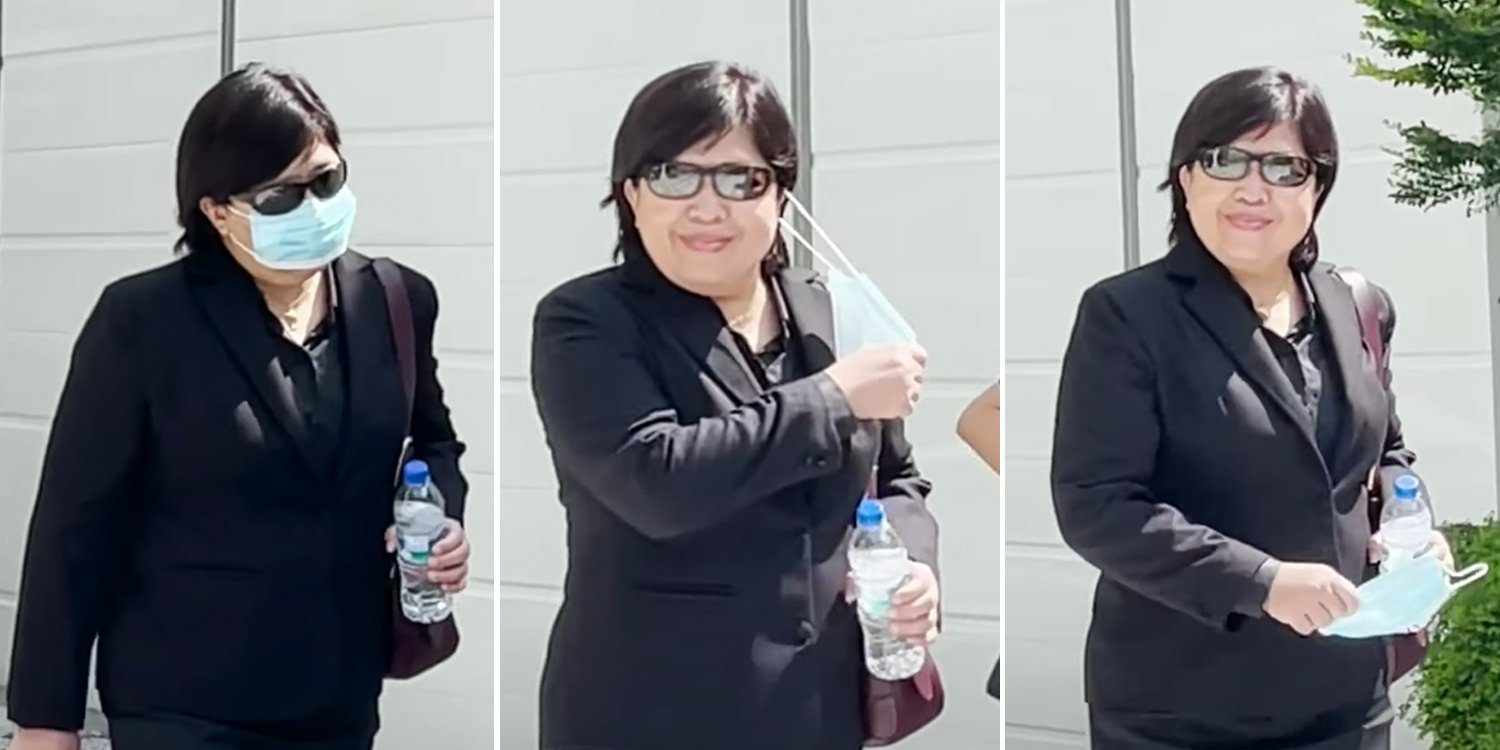 She tried to take her mask off in court too.

‘Badge’ Woman Turns Up At Court Without Mask, Takes Off Mask Again When Leaving

“Where is your badge?” has become somewhat of an infamous saying in Singapore since a video of a woman at Marina Bay Sands (MBS) refusing to wear a mask went viral earlier this month.

Now, Phoon Chiu Yoke, 53, is once again making headlines when she turned up at court today (24 May).

She suddenly took off her mask and smiled at reporters. Appears at court without a mask

On Monday (24 May), Phoon turned up at State Courts for a separate charge of failing to wear a mask at Newton Hawker Centre on 8 May 2020.

She held a blue disposable mask in her hand as she walked towards the court, reported TODAY Online. When she caught sight of photographers, she hooked the mask on one ear.

She only wore her mask properly later when a security guard instructed her to do so.

Case adjourned to a later date

When standing in the dock, Phoon began to take her mask off but stopped when the judge cautioned her against it.

According to TODAY Online, the National Environmental Agency (NEA) prosecutor then told the court that the Attorney-General’s Chambers (AGC) has instructed him to postpone the trial.

The AGC is said to be looking further into Phoon’s case due to matters that had happened recently.

Phoon is currently under police investigation for refusing to wear a mask despite repeated advice from a safe distancing ambassador at MBS on 15 May.

A video of the incident was captured and later widely circulated on social media.

The prosecutor then asked for the case to be adjourned by 4-6 weeks, pending investigations.

Phoon initially objected but relented in the end, asking that the delay not be too long to avoid incurring other administrative costs.

Eventually, the judge set a tentative date for the trial to begin on 12 Jul.

When leaving the State Courts, Phoon was seen wearing a mask.

However, as she walked towards a pickup point, she swiftly removed her mask, reported Channel NewsAsia (CNA).

She can be seen turning to smile at photographers as she does so.

Not wearing a mask is a serious offence

Wearing a mask is mandatory according to Covid-19 (Temporary Measure) (Control Order) Regulations 2020.

It is a serious offence. So, if there’s anything to learn from this, remember always to mask up when outside.