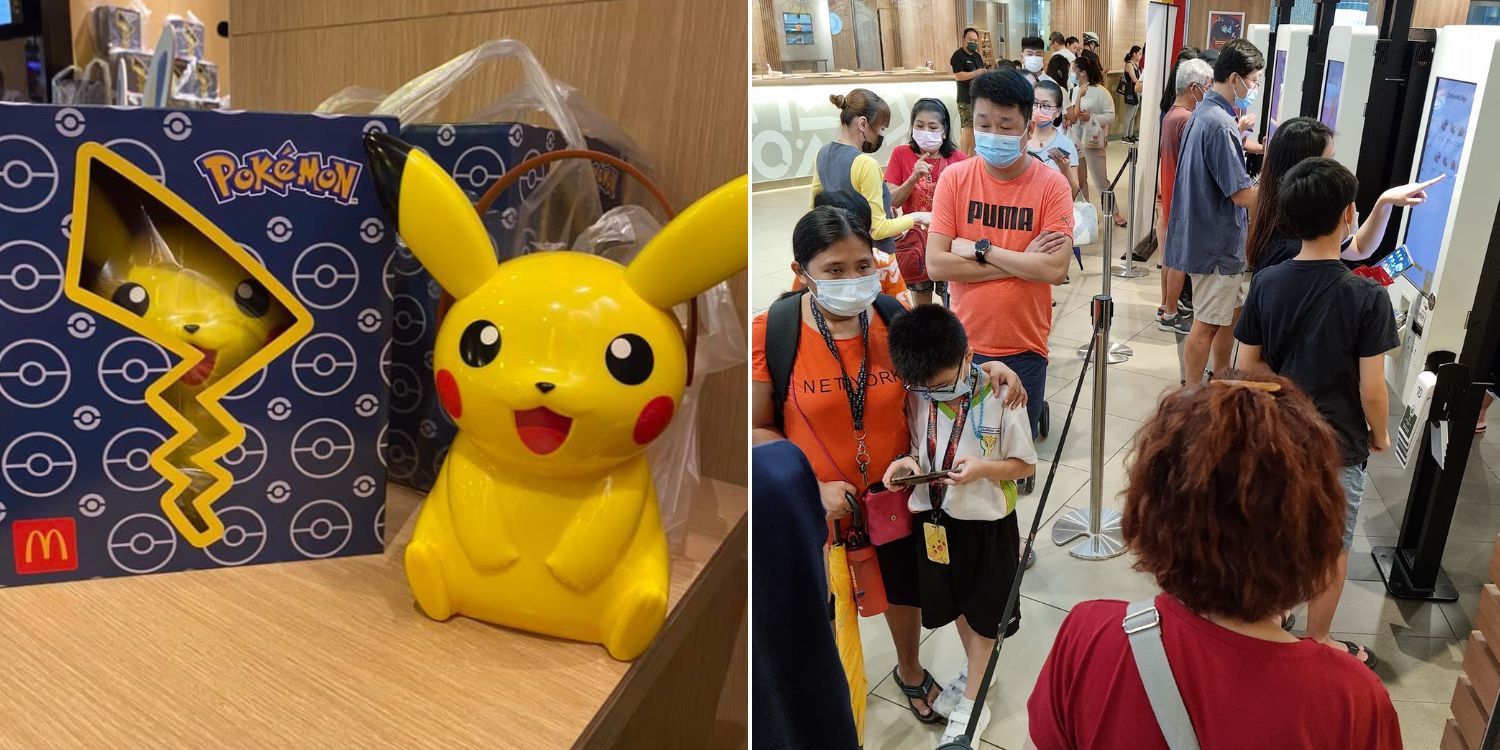 Less than an hour into the sale, people were reselling it on Carousell.

Every now and then, McDonald’s launches limited edition items and toys that generate hype amongst Singaporeans.

This time, it’s the Pikachu Carrier. After news of its release became viral over the weekend, it is now available at all outlets with selected meals starting from Thursday (8 Sep) at 11am.

But even before 11am, queues were seen at several outlets around Singapore.

According to The Straits Times (ST), customers at Jem shopping mall and AMK Hub began asking about the carrier at about 10am. By 10.30am, the Ang Mo Kio outlet had about 12 people in line.

Here’s a look at the queue situation at various outlets across Singapore, as shared by McDonald’s customers and passers-by.

At 10.47am, one netizen shared that long queues were already formed at the outlet near Ang Mo Kio MRT station. 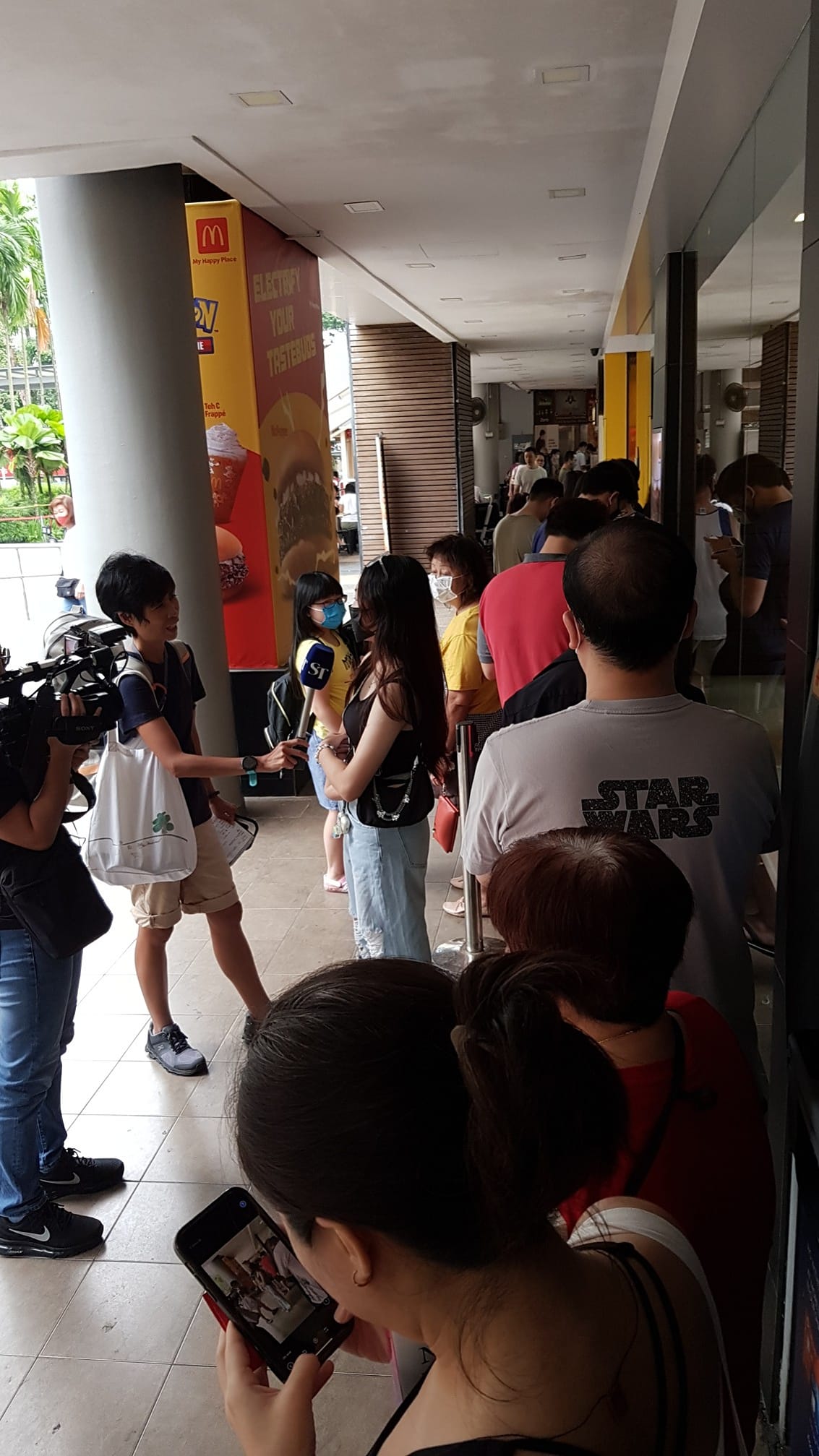 The same situation was spotted at the outlet at Causeway Point in Woodlands at about 10.51am. 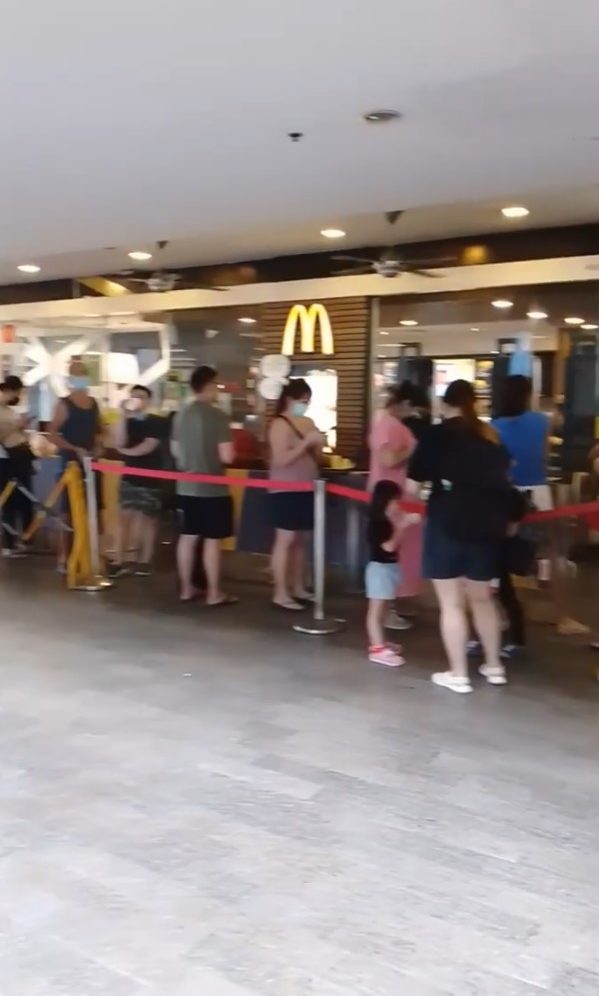 At about 10.55am, Singapore Atrium Sale also reported long queues at the McDonald’s outlets in Yishun SAFRA and Fajar Shopping Centre.

Although there were queues, one netizen shared that the situation at Seletar Mall’s outlet was orderly. 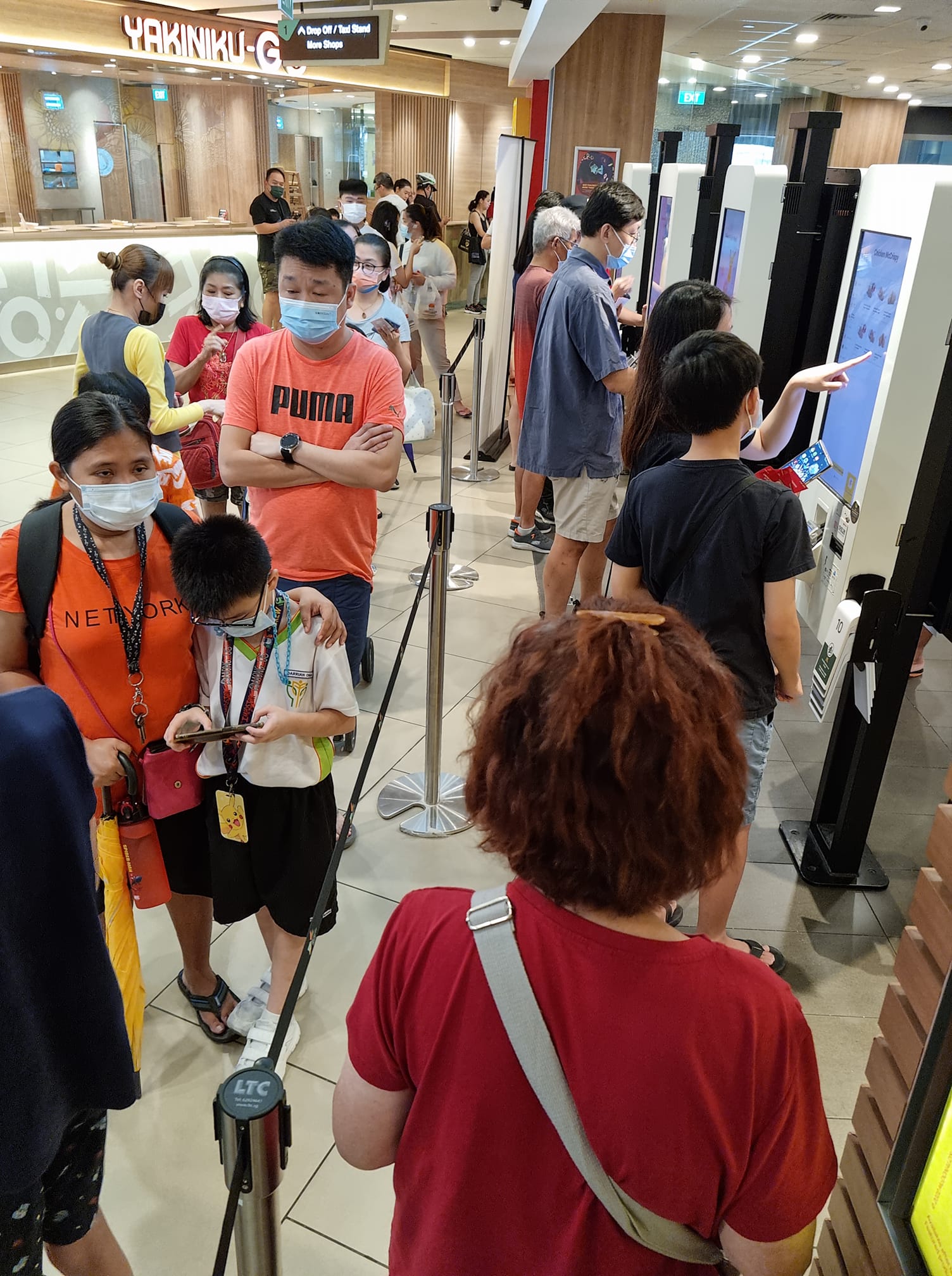 In the Central Business District area at Raffles City Shopping Centre, queues were seen around 11.45am, but there did not appear to be a huge crowd. 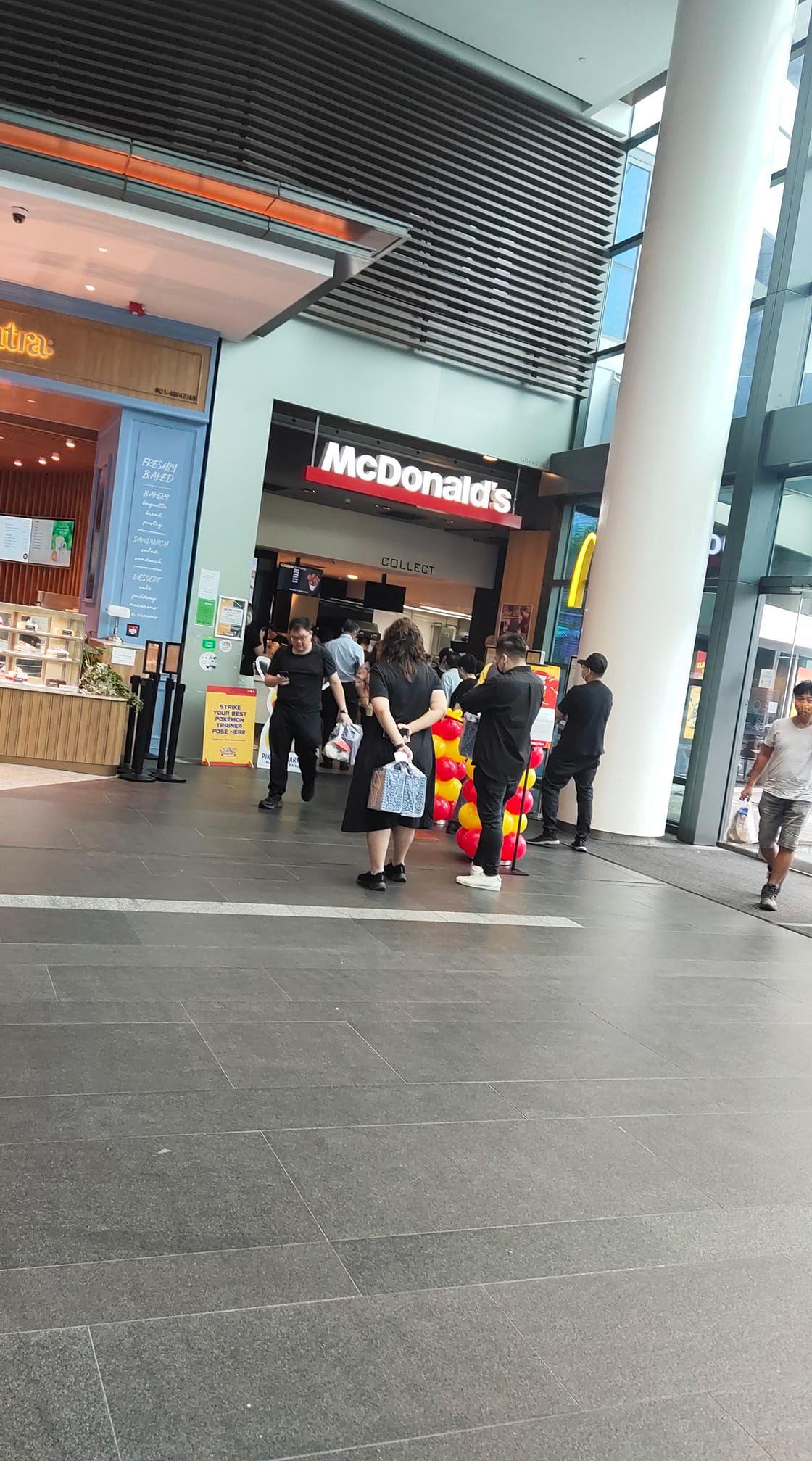 Despite the queues seen islandwide, ST reported that the Pikachu carrier drew shorter queues than previous toy launches that generated collectors’ frenzy, such as the 40-day Wedding Design Hello Kitty toy in 2000 and the 2013 release of Hello Kitty in fairytale costumes.

Upon staff’s advice, there also did not appear to be customers who queued overnight.

Previously, when McDonald’s launched My Melody holders, crowds were queueing as early as 3.45am, hours before the launch time.

Available at S$12.90 with selected meals

According to McDonald’s, the Pikachu Carrier is available for S$12.90 each with the Extra Value Meal, 2x Value Meal, Feast, or Family Meal.

Customers will also receive one random card from the Pokemon Trading Card Game, a half-size Playmat, and a playing guide. 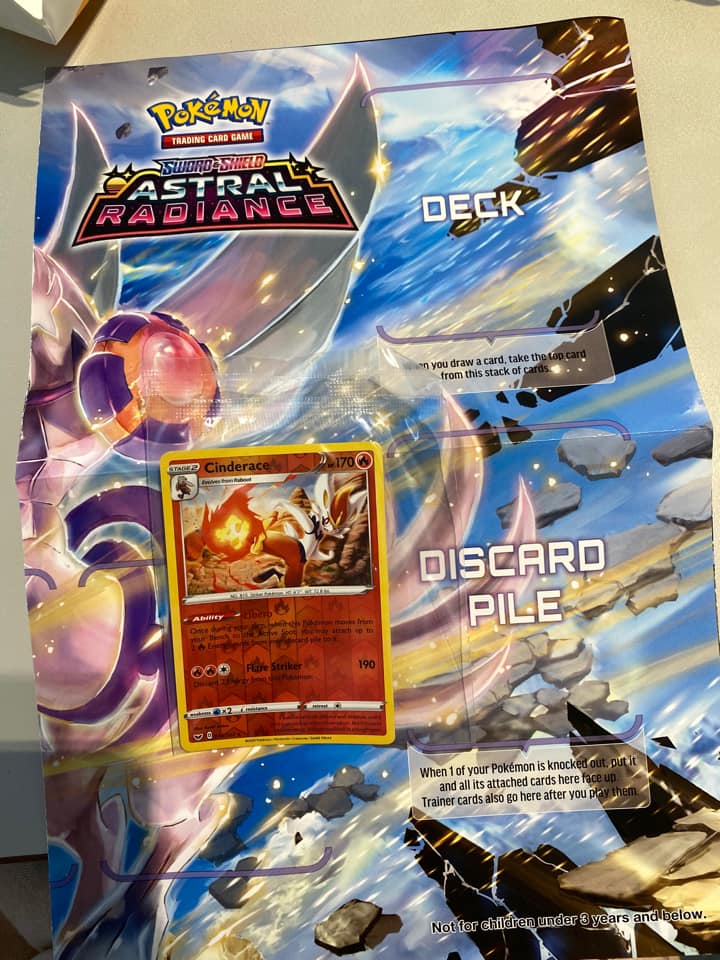 Each customer is limited to two Pikachu carriers per transaction, and they’re only available while stocks last.

Pikachu carriers appear on Carousell, priced up to S$1,000

Less than an hour after the sale of the carrier began, some have already listed their Pikachu carriers on Carousell, hoping to resell them at higher prices.

On average, the carrier was priced anywhere between S$10 and S$50. But some scalpers are trying their luck to see if they can fetch higher returns. This seller is attempting to resell four Pikachu carriers at S$88 each.

One seller even priced his Pikachu carrier, inclusive of the trading card, at a whopping S$1,000.