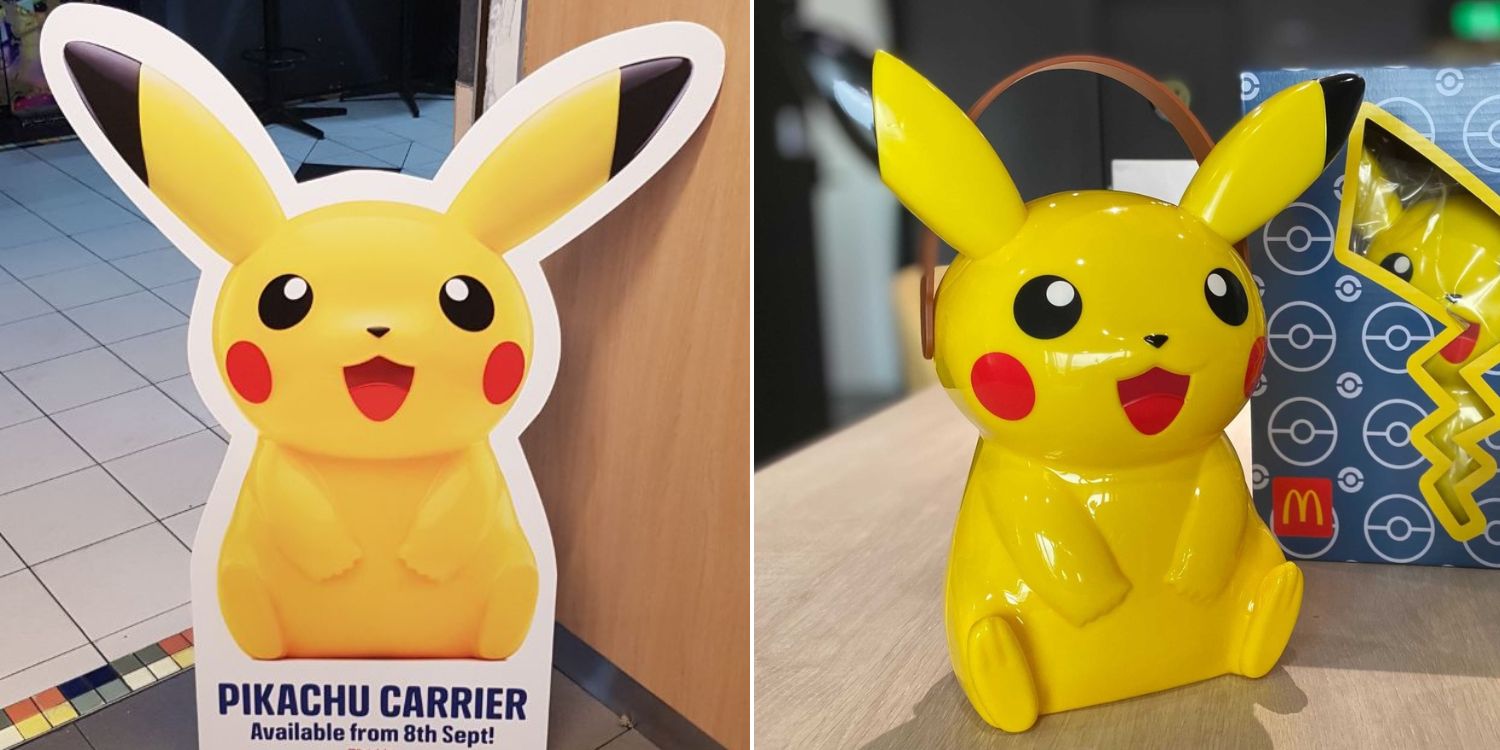 For those who need to catch ‘em all.

McDonald’s Pikachu Carrier Will Be Released On 8 Sep, According To Standees At Outlets

McDonald’s Singapore isn’t known for just their fast food, but the cute toys they’ve released other the years that have worked Singaporeans into a frenzy.

While recent Sanrio merch releases proved popular, the latest rollout will be based on another beloved set of characters — Pokémon.

Hence, McDonald’s Pikachu Carrier will be available on 8 Sep (Thurs). 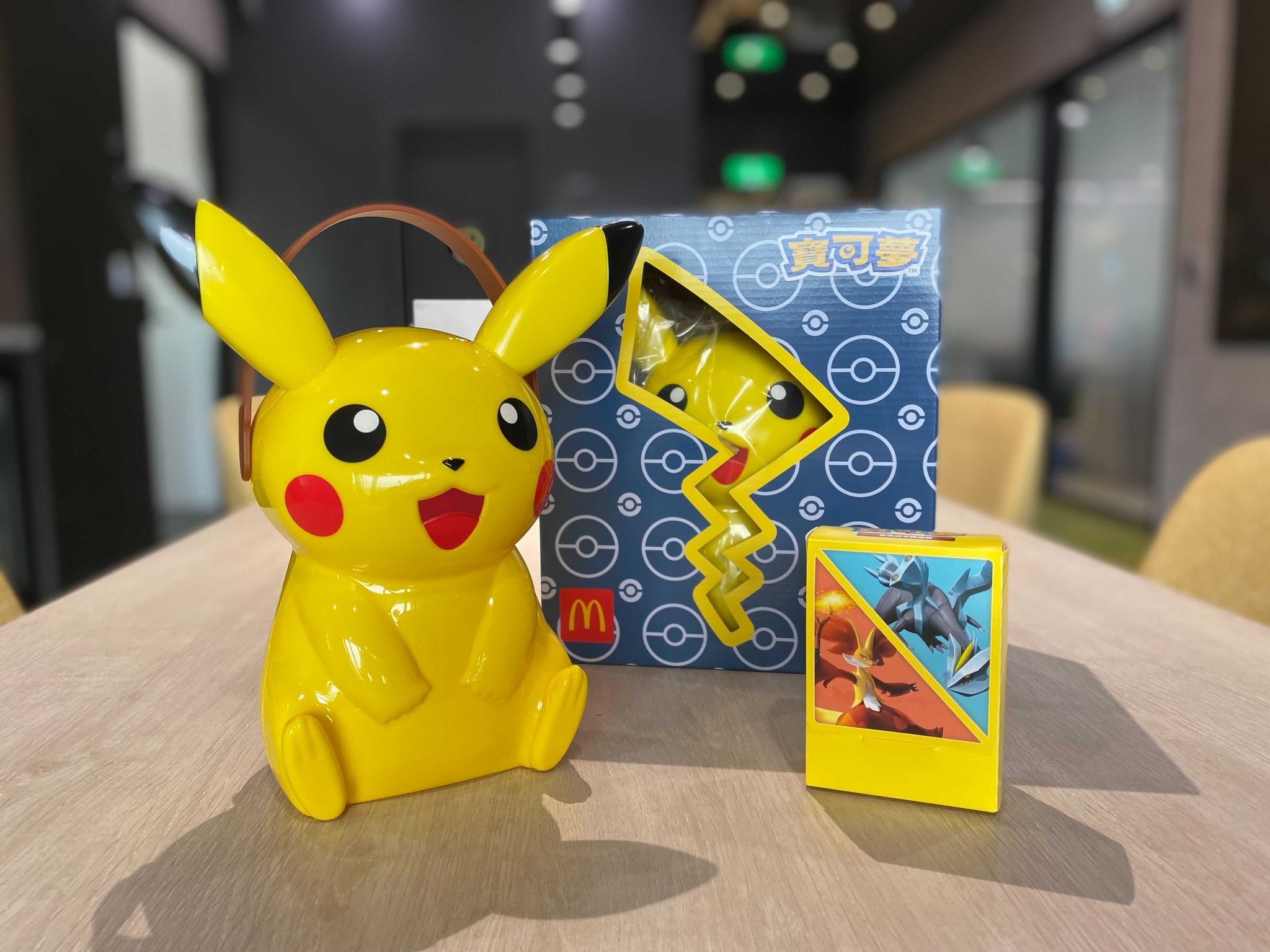 Given what happened on previous occasions, those who want one may likely have to wake up in the wee hours of the morning to queue up.

The momentous release was quietly promoted by McDonald’s with Pikachu standees at their outlets.

While the unobservant may think they’re part of the ongoing rollout of Pokémon-themed packaging and decals at McDonald’s, the standees conveyed an important message — Pikachu Carriers will be out on 8 Sep. 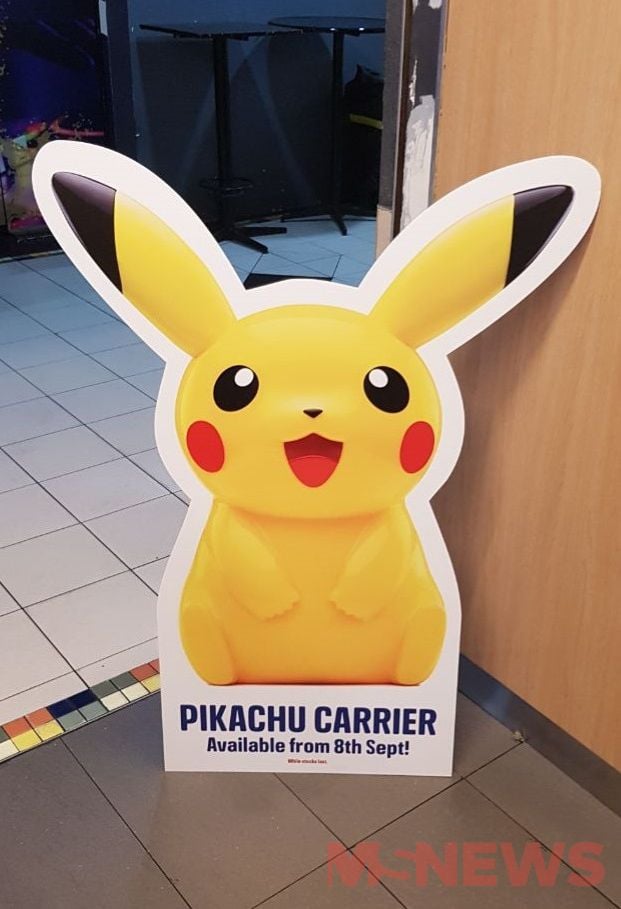 In smaller font, it also read: While stocks last.

For Singaporeans curious to know what the carriers look like, McDonald’s Singapore hasn’t officially released any images yet.

However, McDonald’s Taiwan also released a Pikachu Carrier in July, and ours might be similar to theirs.

Taiwan’s carrier came in a box with a lightning bolt-shaped window in front that allows Pikachu to peek out mischievously. Once out of the box, it’s apparent that the carrier looked exactly like Pikachu, pointy ears and all. Fans will definitely find it too adorable for words. 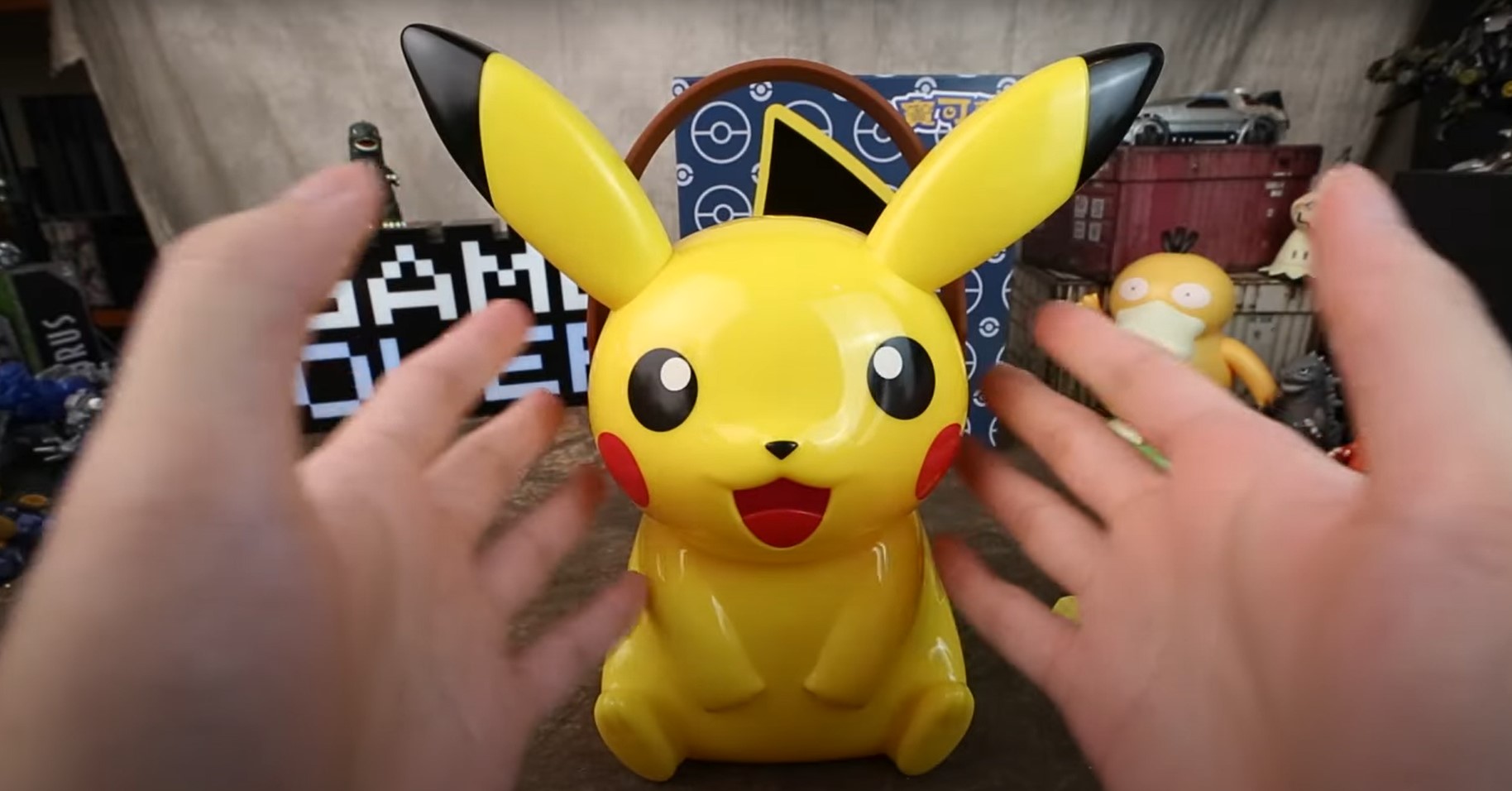 Besides a handle on its head, the carrier also had an empty compartment behind that’s accessible by opening a flap. 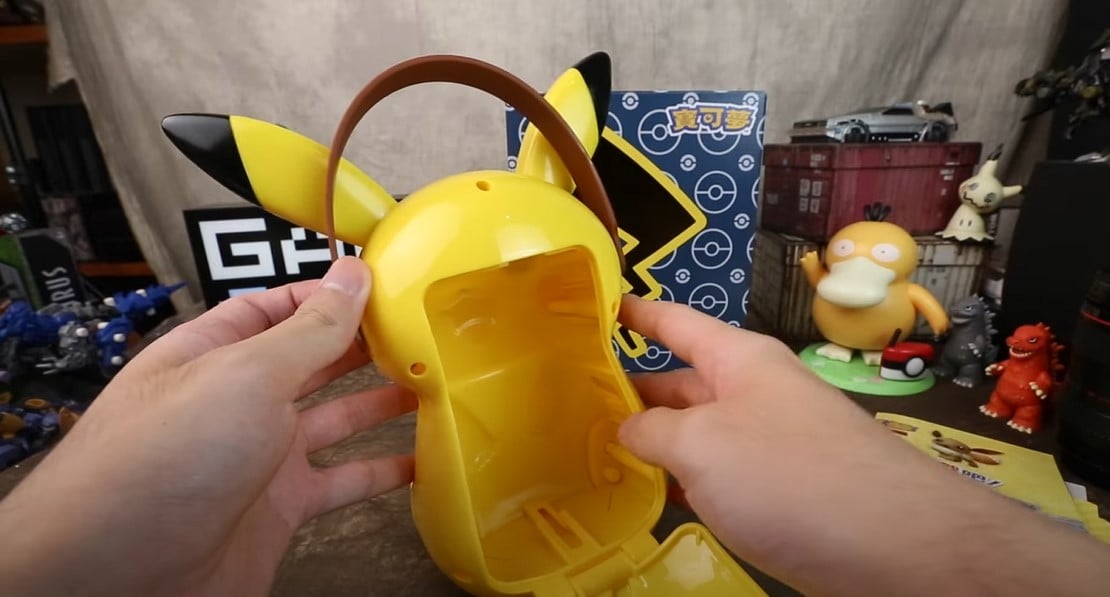 It’s suitable for storing items like sweets and stationery, and is seemingly big enough to fit one canned drink. 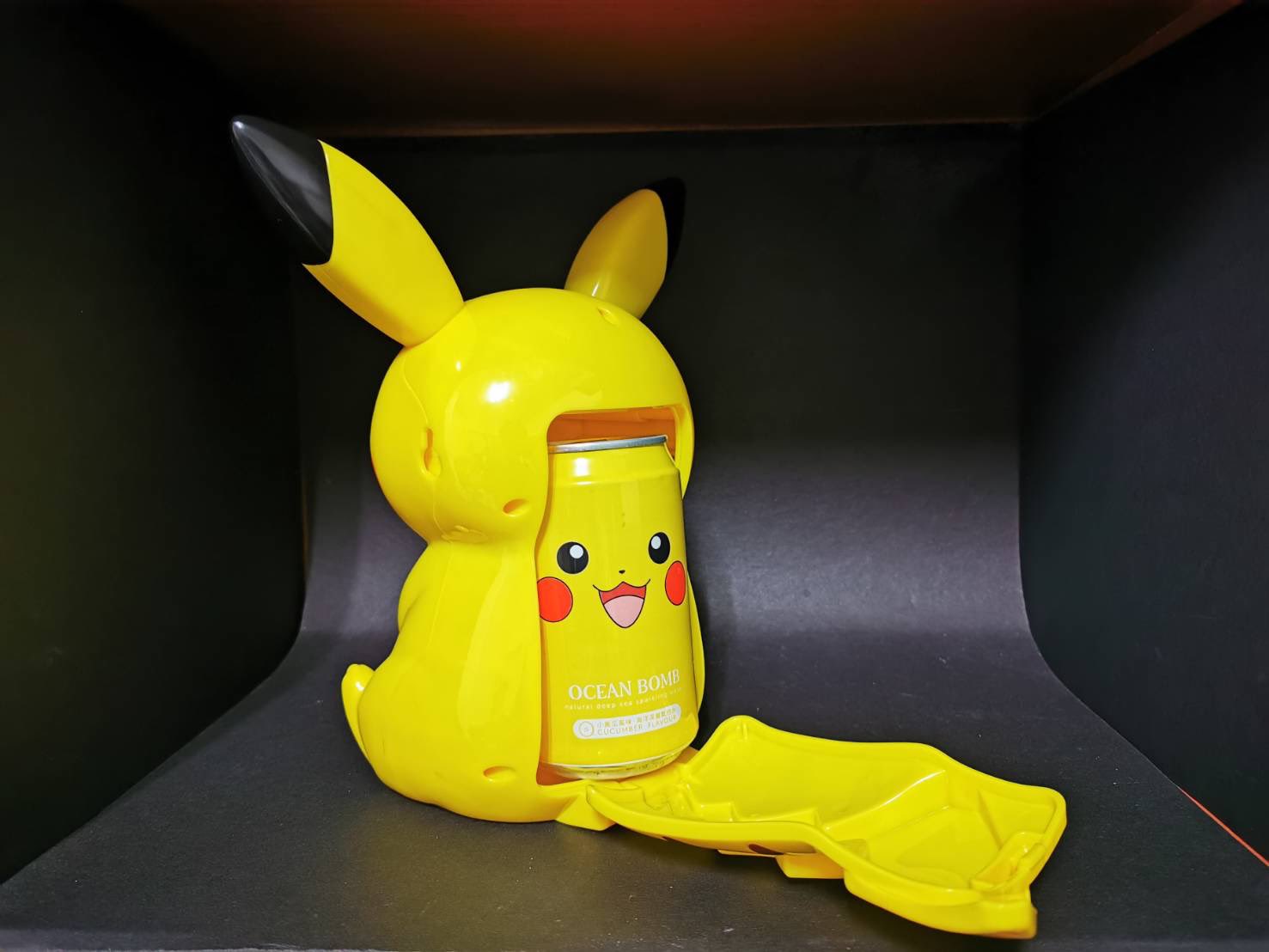 In Taiwan, the Pikachu Carrier could be added on with any purchase of a McDonald’s meal.

Previously, the release of similar cute carriers at McDonald’s had resulted in long queues.

In 2018, the fast-food chain’s sale of My Melody Holders prompted Singaporeans to queue up from the wee hours of the morning to get them.

The same thing happened when they released Hello Kitty Carriers in 2019, with people waking early on a Thursday morning to queue up from 5.30am.

McDonald’s Hello Kitty Carrier Had S’poreans Queueing Since 5.30am, Resold On Carousell For Twice The Price

So if you want to get your hands on the Pikachu Carrier this time round, you may want to follow suit, though McDonald’s hasn’t specified the exact time of their release yet.

If you can’t bring yourself to rise super early on a work day, there’s always Carousell, albeit at exorbitant prices.

For the uninitiated, broke or just plain lazy, there’s another way to get your hands on McDonald’s Pokémon merch.

In fact, Pokémon Happy Meal toys have been available since 25 Aug.

Customers can get two different camping-inspired toys every week, each with the purchase of a Happy Meal.

While the first week has already passed, it’s not too late to grab the remaining collectables while stocks last.

McDonald’s Pikachu Carriers a must for fans

Some people might be averse to queueing up when they’d rather be in bed.

But for Pokémon fans who need to catch ’em all, McDonald’s Pikachu Carrier already seems to be a must-have item.

Will you be queueing up to get the Pikachu Carrier? Do share your experience with us if you do.