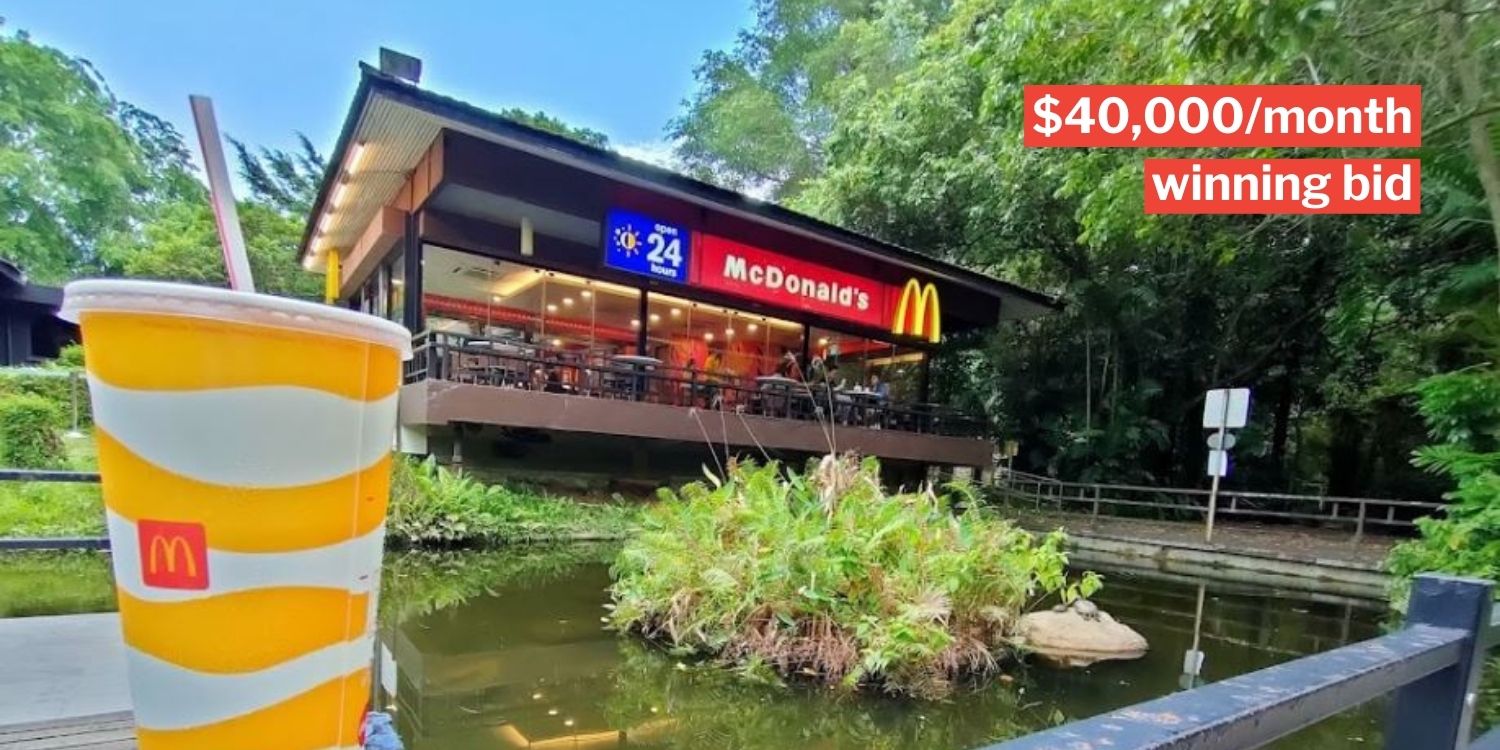 UPDATE (20 Sep, 9.19am): Responding to MS News‘ queries, McDonald’s confirmed that they would be staying but didn’t specify any reason for the change in decision.

They said they’re “excited to be able to continue serving our regular and new customers here at McDonald’s Queensway, Ridout Tea Garden”.

When we live in Singapore, we’re used to familiar landmarks changing or going away forever.

The same was supposed to happen to the McDonald’s outlet at Ridout Tea Garden after their lease expired on 31 Dec.

However, good news for those with fond memories of the site: McDonald’s has won the tender for the site. 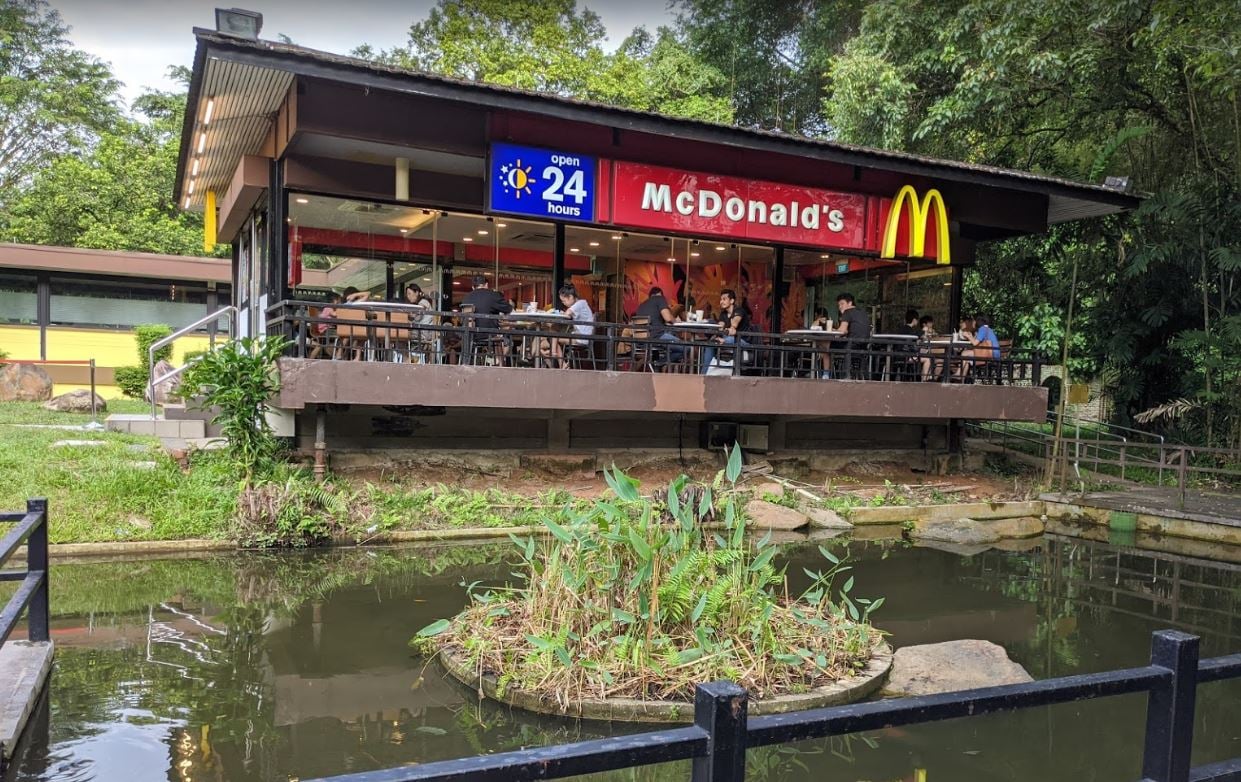 That means it’s going to stay put for at least another 3 years.

In Apr, the Singapore Land Authority (SLA) called a tender for the site, which has an official address of 580 Queensway.

The winner of the tender was expected to be announced on 19 Aug.

Well, it’s now Sep, and according to the SLA website, it’s been won by a company named Hanbaobao Pte Ltd.

Winner of tender is licensee of McDonald’s

While the company’s name may not mean much to some people, those who understand hanyu pinyin will realise that “hanbaobao“ means “hamburger” in Mandarin.

According to Bloomberg, Hanbaobao Pte Ltd is the licensee of McDonald’s in Singapore.

If you think this sounds too cute to be true, check out your receipt the next time you eat at McDonald’s.

You may find the company’s name on it. 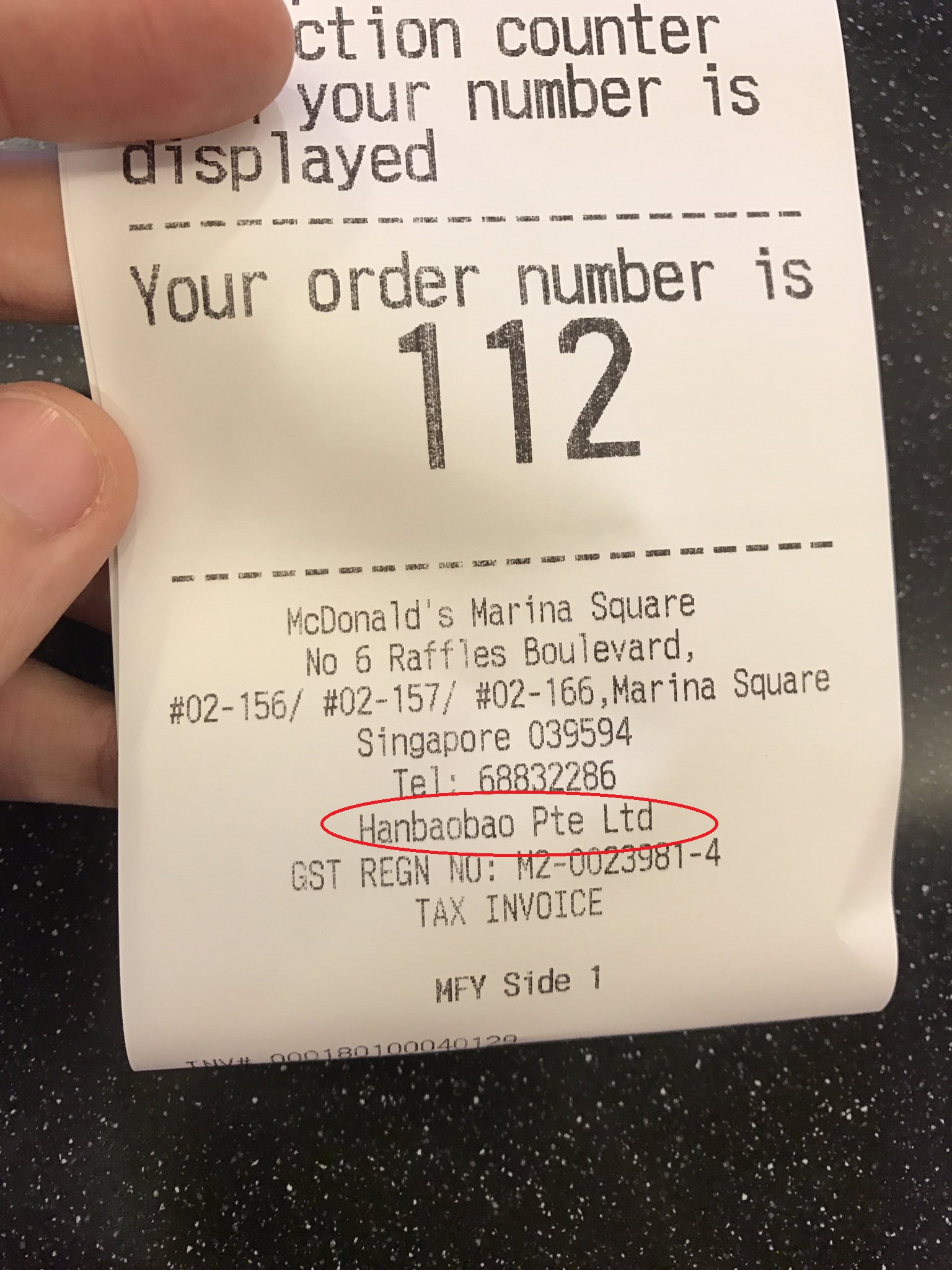 The SLA website also says that McDonald’s winning bid was the hefty sum of $40,000 per month. 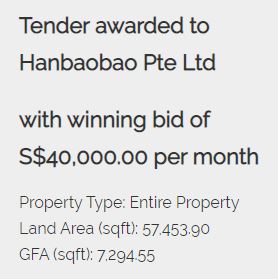 However, that was only the 2nd-highest bid. The highest was made by The Oddle Company Pte Ltd, which pitched in $55,000.

McDonald’s will stay for at least another 3 years

When SLA called for the tender in Apr, it invited interested parties to apply for a fresh tenancy of 3 years, which can be extended for 2 further terms of 3 years.

The incumbent tenant and sub-tenants are welcome to participate in the tender if they wish to continue their operations.

Now that McDonald’s has won the bid, that means it’ll stay put at the site for at least another 3 years longer.

That means more time for fans to enjoy a McDonald’s meal al fresco overlooking greenery and water – like you’ve entered a whole other realm. 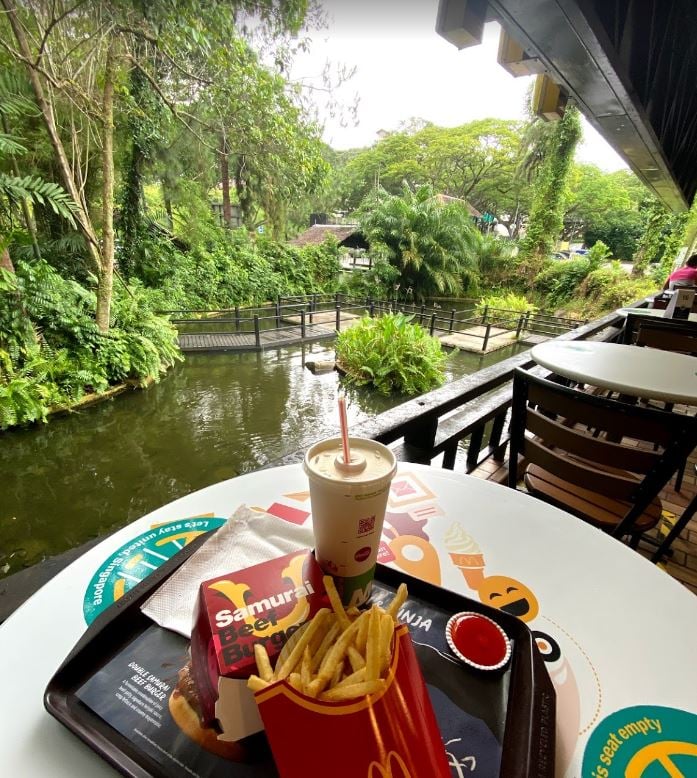 In Apr, McDonald’s had told MS News that it would be ceasing operations at the site at the end of this year.

That’s because it’s currently being tenanted to a company called Hayman Private Limited since 1 Apr 2016, and this lease will expire on 31 Dec.

MS News has reached out to McDonald’s on their decision to stay, and will update this article when they respond.

One of the oldest McDonald’s outlets in Singapore

McDonald’s also revealed the branch at Ridout Tea Garden as one of the chain’s oldest outlets in Singapore.

It’s been serving customers for 32 years, and is a perfect escape from city life. 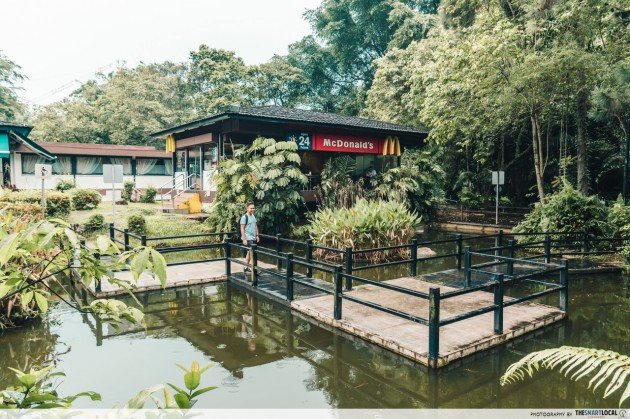 If you’ve not been there yet, it’s time to drop in to see why it’s so beloved. Here’s how you can get there:

More memories to be made there

Fan of McDonald’s Ridout Tea Garden should now rejoice that a familiar hangout will have a literal new lease of life.

It’s not often that something that was supposed to leave extends its stay instead, so the news comes as an unexpected but pleasant surprise.

We can’t wait to make more memories there, and perhaps introduce new people to the place.