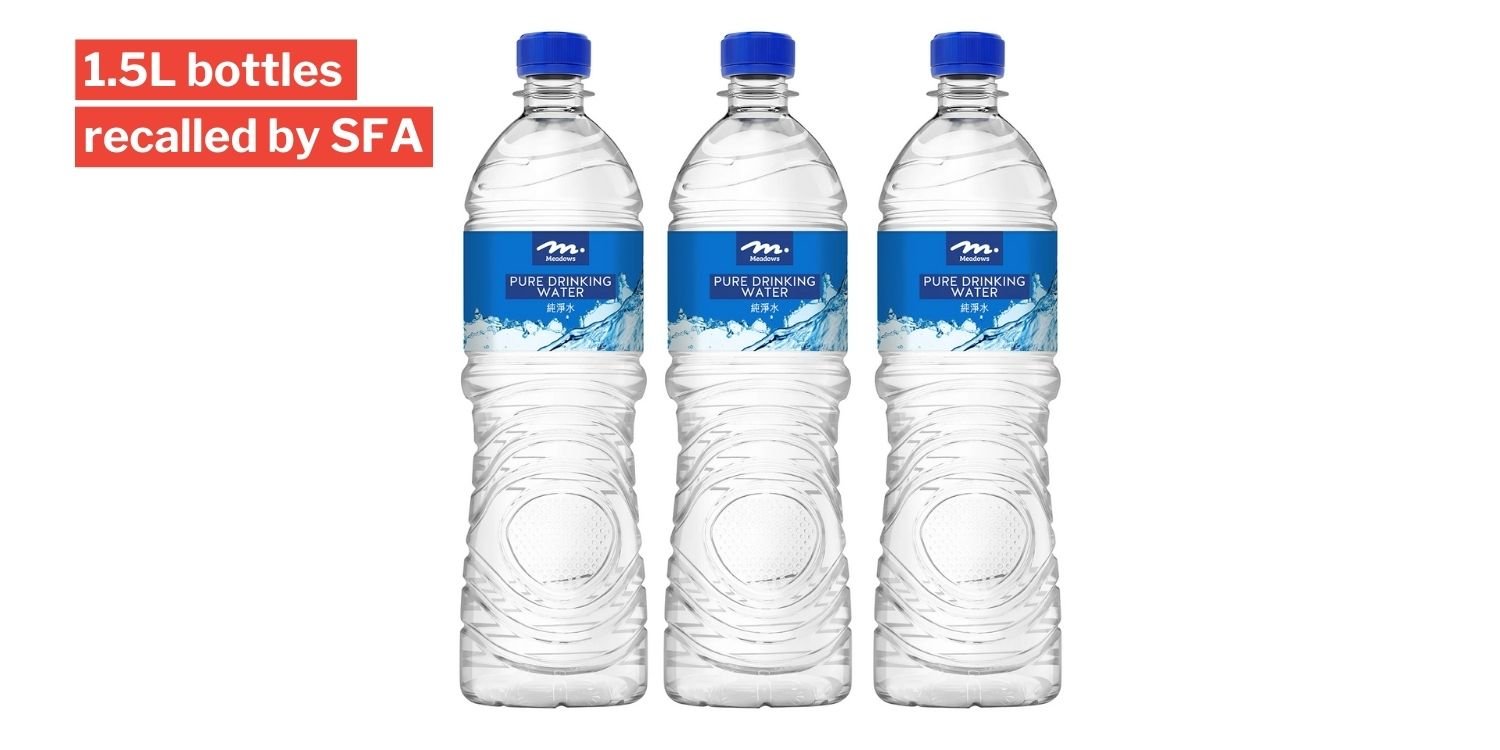 If you’ve recently purchased a 1.5 litre bottle of Meadows’ pure drinking water that you intend to gulp down, let us stop you right there. 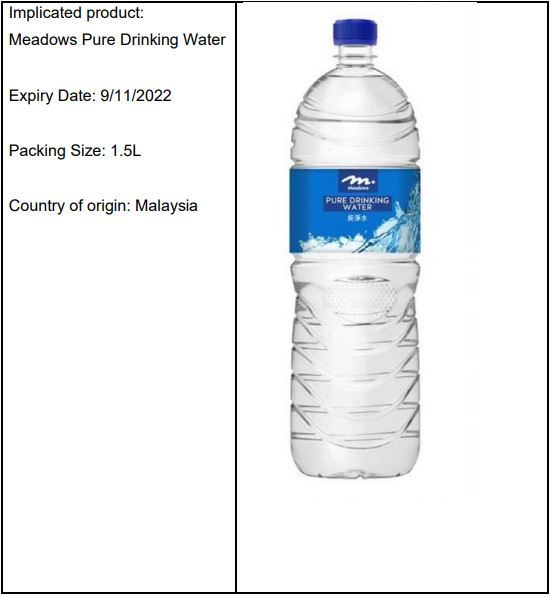 The Singapore Food Agency (SFA) has reportedly recalled the product after finding potentially harmful bacteria in some samples.

Since customers may have already bought several bottles, they’re advising the public to be extra careful.

In a press release on Thursday (3 Dec), SFA announced that they’ve made a complete recall of several batches of Meadows bottled pure drinking water.

This was after a round of routine sampling led them to detect the presence of Pseudomonas aeruginosa, a type of bacteria.

They promptly instructed the importer to recall all the products in question. According to the Dairy Farm Group, the affected products were only available in Giant Singapore, and have since been withdrawn from the shelves.

Bacteria may cause infections

Though Pseudomonas aeruginosa doesn’t lead to serious illness, it could still cause various infections, reports SFA.

Hence, they’re advising consumers who ‘ve purchased the product recently not to drink it. 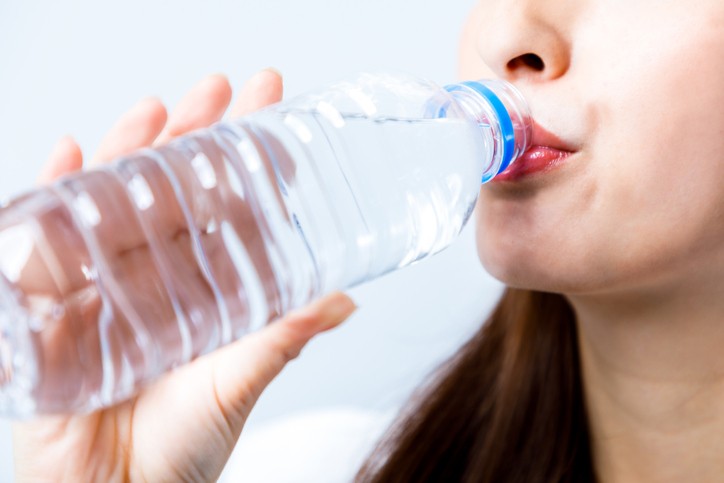 From the press release, the batch appears to be the 1.5-litre bottles of pure drinking water with an expiry date on 9 Nov 2022.

Those who’ve already drank it should monitor their health and seek medical advice should they encounter any problems or have any concerns.

As for the others, you may approach the stores you bought the bottles from to request for a refund.

Kudos to SFA for managing to detect the fault and react quickly, in order to prevent any unfortunate incidents.

Likewise to the importers, for recalling the products immediately upon SFA’s advice.

If you or anyone you know has purchased the specific Meadows product, we’d suggest discarding it or using the water for other purposes as a precaution. 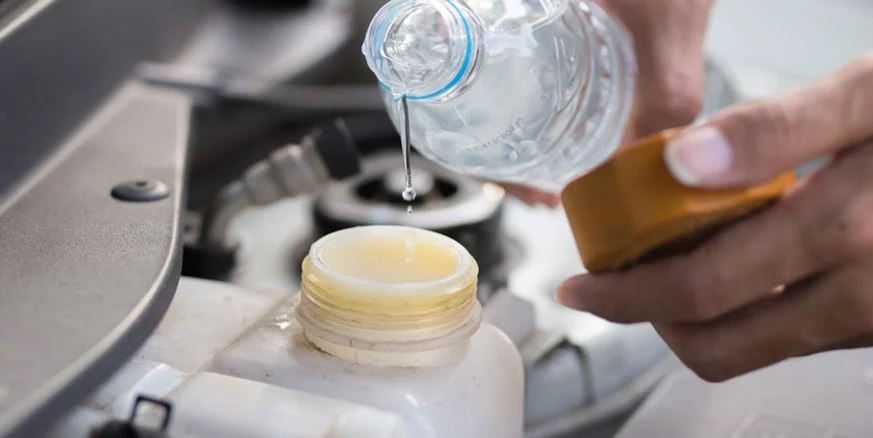 Share this information around, so everyone else will know too. We hope that such incidents won’t occur again, for the sake of consumers’ safety.