Did Mainstream Media Pass Judgment On WP MPs Even Before AHTC Verdict Was Announced? 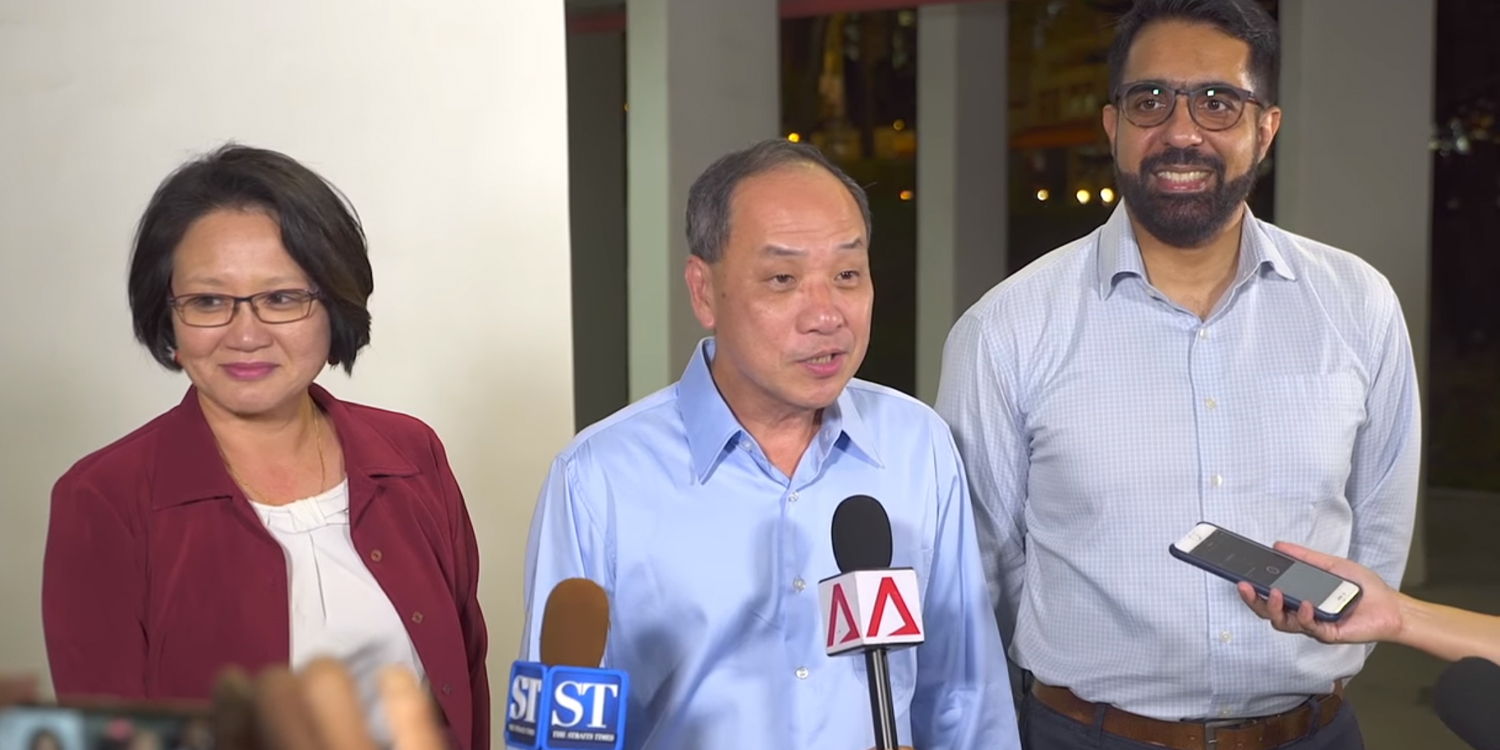 There needs to be balance in reporting on opposition politicians.

While the verdict is subject to appeal by the 3 defendants, some quarters are already celebrating the outcome as proof of guilt, and no small amount of blame can be laid upon mainstream media outlets for their coverage of the trial.

Because each quote from the trial can be made into an article, certain quotes were cherry-picked out of context easily.

The matter is made worse when allegations become reported as factual.

Here is an example of the trial coverage by two mainstream media outlets, Straits Times and CNA.

One headline reports Davinder Singh’s words as an accusation, the other reported it as a statement of fact.

This reporting should be very concerning to anyone following the case and not relying on multiple news outlets, because The Straits Times is widely-read by Singaporeans.

They have the potential to swing public sentiment against the WP with such headlines alone.

Many aware of MSM’s treatment of opposition politicians

There was an undertone of suspicion and knowledge over how the media would carry stories throughout the trial.

In one report by ST, a defendant in the case, Ms How Weng Fan described how the media would “(drag them) through the mud” when asked about how the WP MPs would be politically destroyed.

This is an acknowledgement of the role the mainstream media in Singapore has when reporting on opposition politicians.

But here’s the headline of the article where we obtained the quote:

Placing sensational quotes front and centre might garner clicks but do not allow for the defendants to be innocent till proven guilty. At least, in the court of public opinion.

We have to be clear that the issue is not with media outlets taking sides politically – this practice can be found in any country – but that there is a lack of balance with the reports.

This lack of balance is then reinforced by persons who generally favour the PAP and rely mainly on outlets like ST for their news, as seen in this Facebook post. 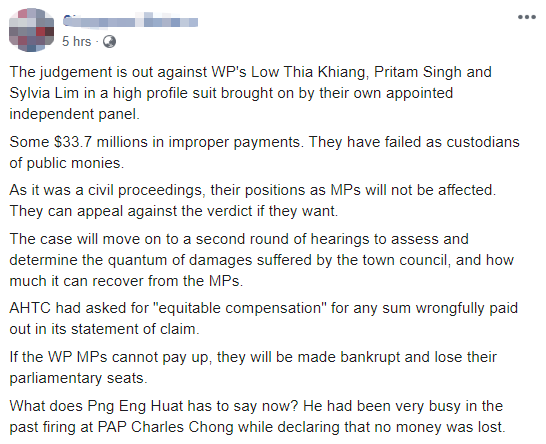 Accompanied with the post was a collage from a news report. They had used a single source for the collage: The Straits Times.

This outlines exactly how media outlets like The Straits Times are used to smear opposition politicians, merely by placing focus on their negative reporting.

Balance is needed in reporting

What we want is more balance; negative quotes garner more attention and allegations can become spread as fact.

The WP MPs still have a chance to appeal and the case might not be over yet, but the way the news was reported was as though their guilt was unquestioned.

In fact, the court of public opinion might have already found them guilty way before the verdict was reached, and this should be a cause for concern.