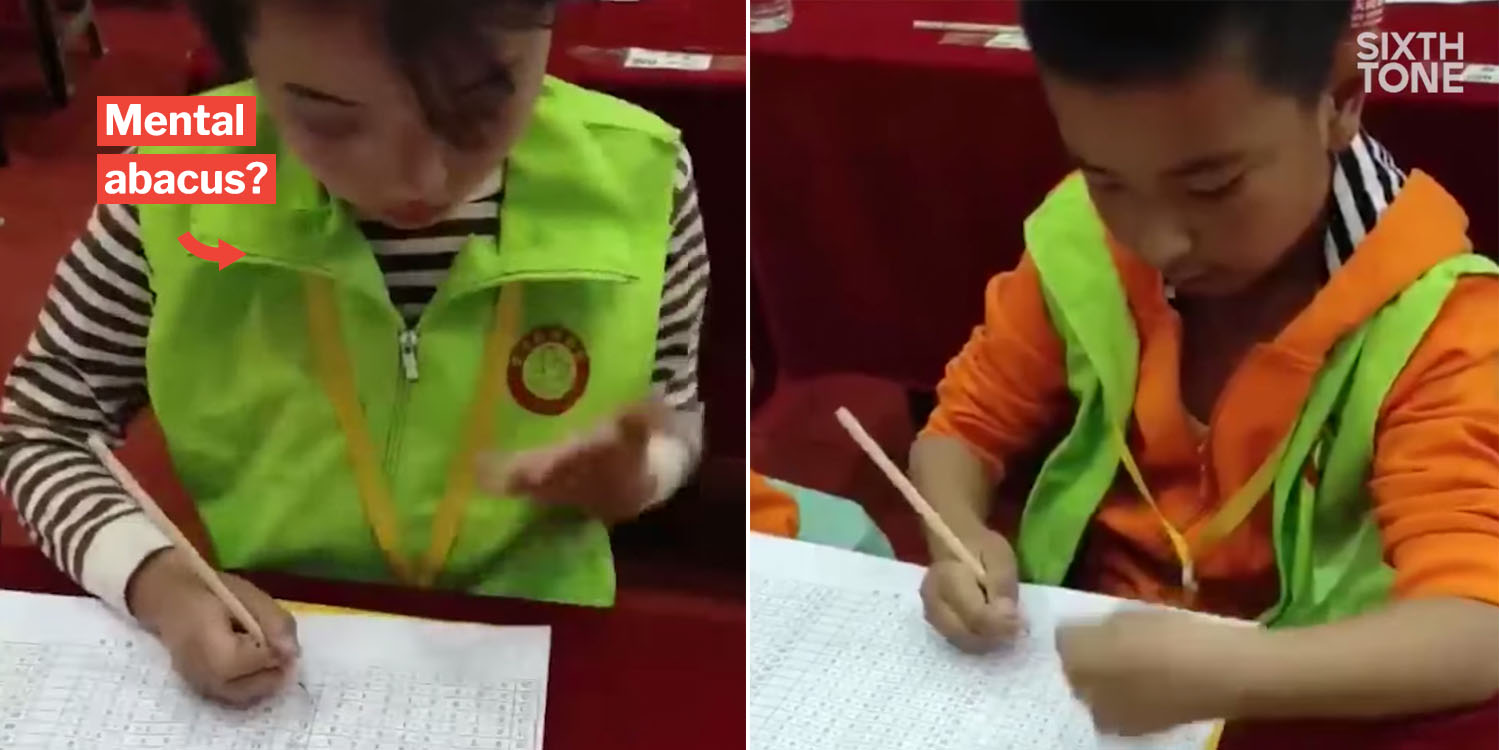 How fast can you count?

What lengths would you go to ensure your kids top their class in math?

Some more traditional parents in Singapore encourage their kids to use an abacus on top of cramming their assessment books. However, students in China took mental sums to the next level when they were caught on video using crazy quick finger calculations at an abacus competition.

Some of us had to use the abacus to learn mental sums during primary school. However, students from a school in Lanzhou gave the classic method an upgrade.

After watching the video several times and slowing it down to watch frame-by-frame, we still have no idea how their hand gestures work.

However amazed we are at this technique, it seems to be legit because the top scorer answered 219 math questions in 15 minutes with only three wrong answers. That’s 14.6 questions answered correctly per minute, or 4.1 seconds per question, including the time they took the scribble down the answers. And yes, I had to use a calculator app to get those figures.

The narrator comments that top students can perform math calculations on their head. Meanwhile, kids who used hand gestures were operating at a lower level.

A netizen explained that the technique had nothing to do with their fingers. They simply imagined an abacus and used their fingers to pluck the beads.

A Singaporean commented that she used an actual abacus as a student. While the technique helped her accomplish fast mental calculations, the students seemed to favour using their hands instead of the classic instrument.

Another commented that they learned the technique as a kid, but they can’t shake their hands as fast as the children.

There are plenty of ways we can improve our math skills like memorization and practice.

Ultimately, everyone learns a technique that works for them. Whatever the case, kudos to kids who can move their fingers at insane speeds.

How did you survive math in primary school? Share the unique math techniques you’ve learned in the comments below.