What’s it like hearing news that would change your world? We can only imagine the grief that shattered the Pang family when they found out that their beloved mother has passed.

On Thursday (15 Aug), her son, Louis Pang, confirmed her death by penning a short, heartfelt tribute to his mum. 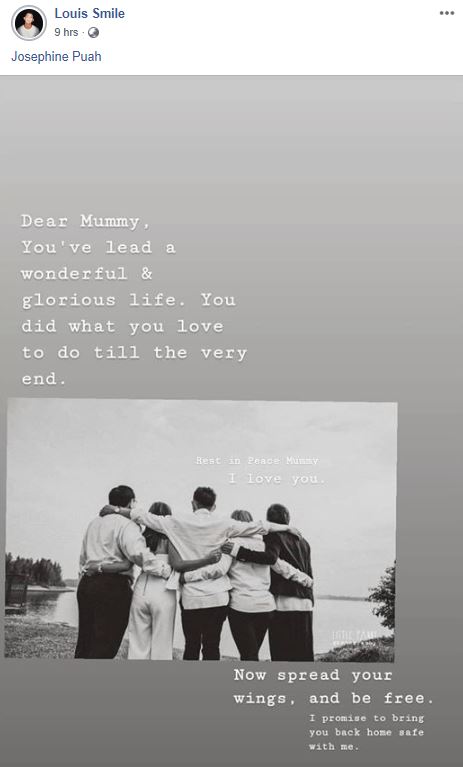 Compassionate netizens offered their condolences and support for both Louis and his family in the comments section.

Doing what she loved till the very end

Louis delivered his tribute with a beautifully taken family photo, with everyone’s backs facing the camera as they looked to the sky.

With arms draped around each other, as if signifying an unbreakable family bond, we can’t help but feel this was an aptly chosen photo for the solemn occasion.

He wrote to his mother,

You’ve led a wonderful & glorious life. You did what you loved to do till the very end.  Now spread your wings, and be free. I promise to bring you back home safe with me.

“Rest in peace Mummy. I love you.” he ends the message on a heartrending note. 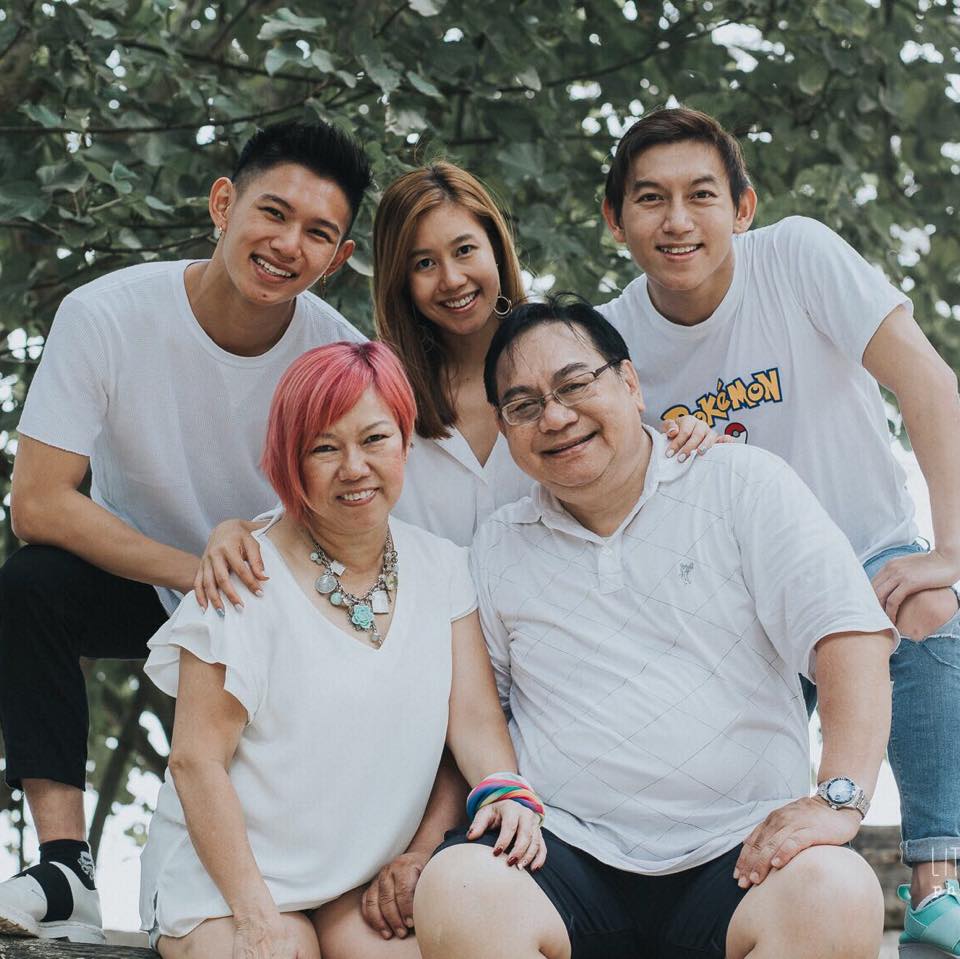 A photo of the Pang family during happier times
Source

Even as this was typed, we found it hard to stave off a surge of emotions brought on by Louis’ poignant message.

As an expressive and hopeful person, Louis actively chronicled his thoughts and wishes on social media since Ms Puah drifted away from her fellow kayakers.

On Tuesday (13 Aug), he thanked Malaysian authorities for conducting a “non-stop search” for Ms Puah and the other missing kayaker Mr Tan Eng Soon.

Our families and friends are so grateful to them, we sincerely want to thank each and everyone’s effort in the search team. Truly thankful.

They were both last seen kayaking near the Endau Islands at around 5.30pm on 8 Aug.

A difficult wait for mummy to come home

On 11 Aug, netizens got a firsthand experience in being privy to the Pang’s family devastation through Louis’ heartwrenching plea on Facebook.

Posted on 11 Aug, it instantly went viral with over 3,200 shares at the time of writing. 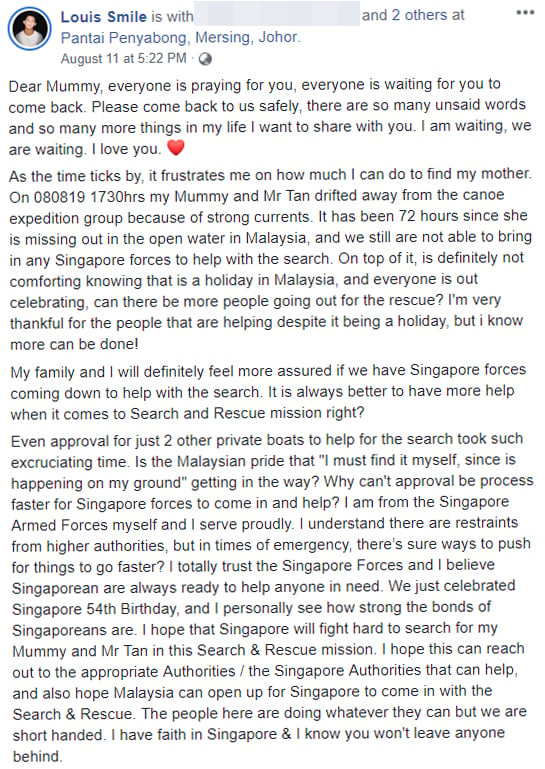 Louis shared that everyone was waiting for her to return, and that there were so many “unsaid words” and other things in his life that he wished to share with her.

The Malaysian Maritime Enforcement Agency confirmed on Wednesday (14 Aug) that the body of missing Singaporean kayaker Ms Puah Geok Tin has been found in waters off Kemaman, Terengganu.

The body of a woman wearing a life jacket was found earlier in the day around noon by a local fisherman.

Ms Puah and Mr Tan were separated from their group in Johor after experiencing “strong winds and choppy waters“. They were last seen on Thursday (8 Aug).

As the search continues, Mr Tan’s whereabouts remain unknown at the time of writing.

MS News offers our sincere condolences to the Pang family.