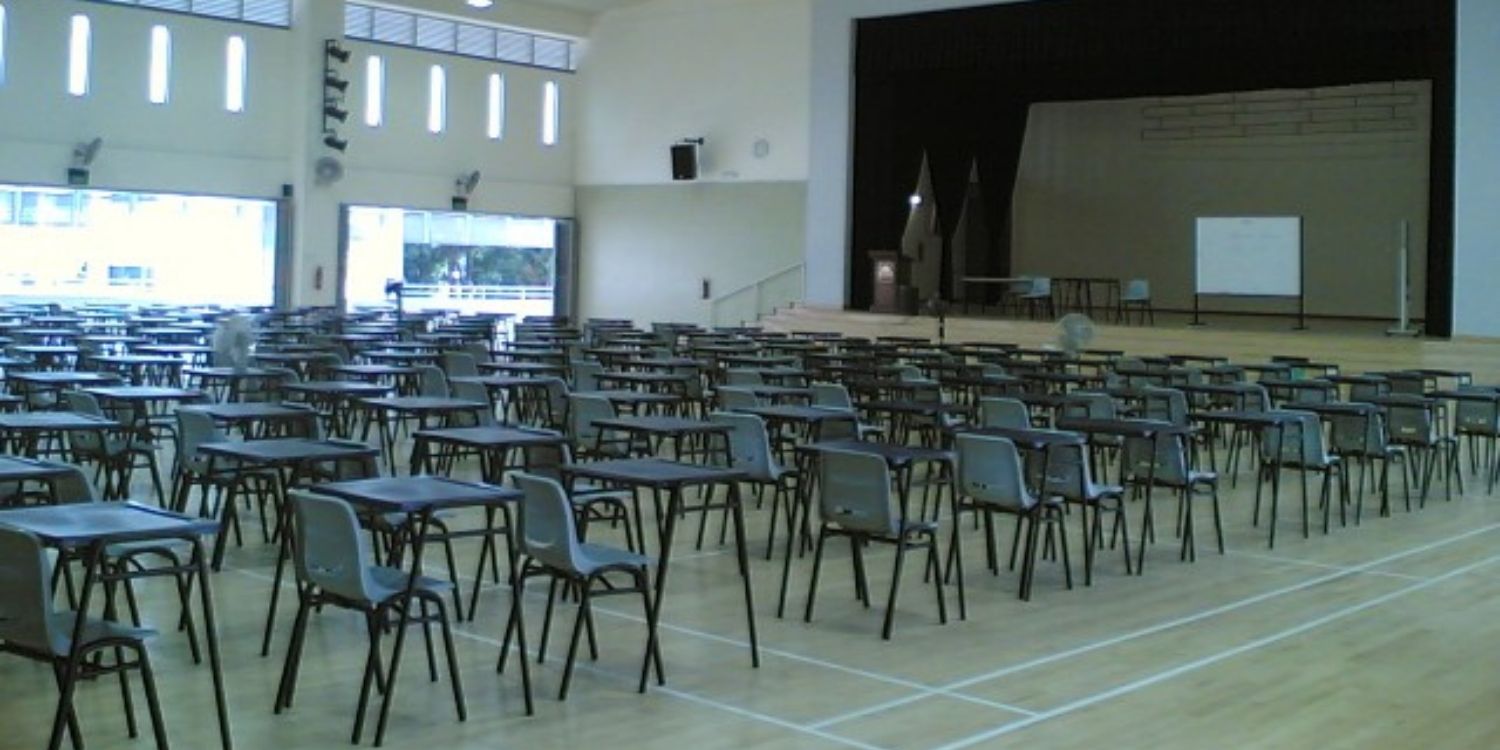 After the Primary School Leaving Examination (PSLE) Mathematics paper last Friday (1 Oct), many students and parents expressed their unhappiness about the difficulty level. 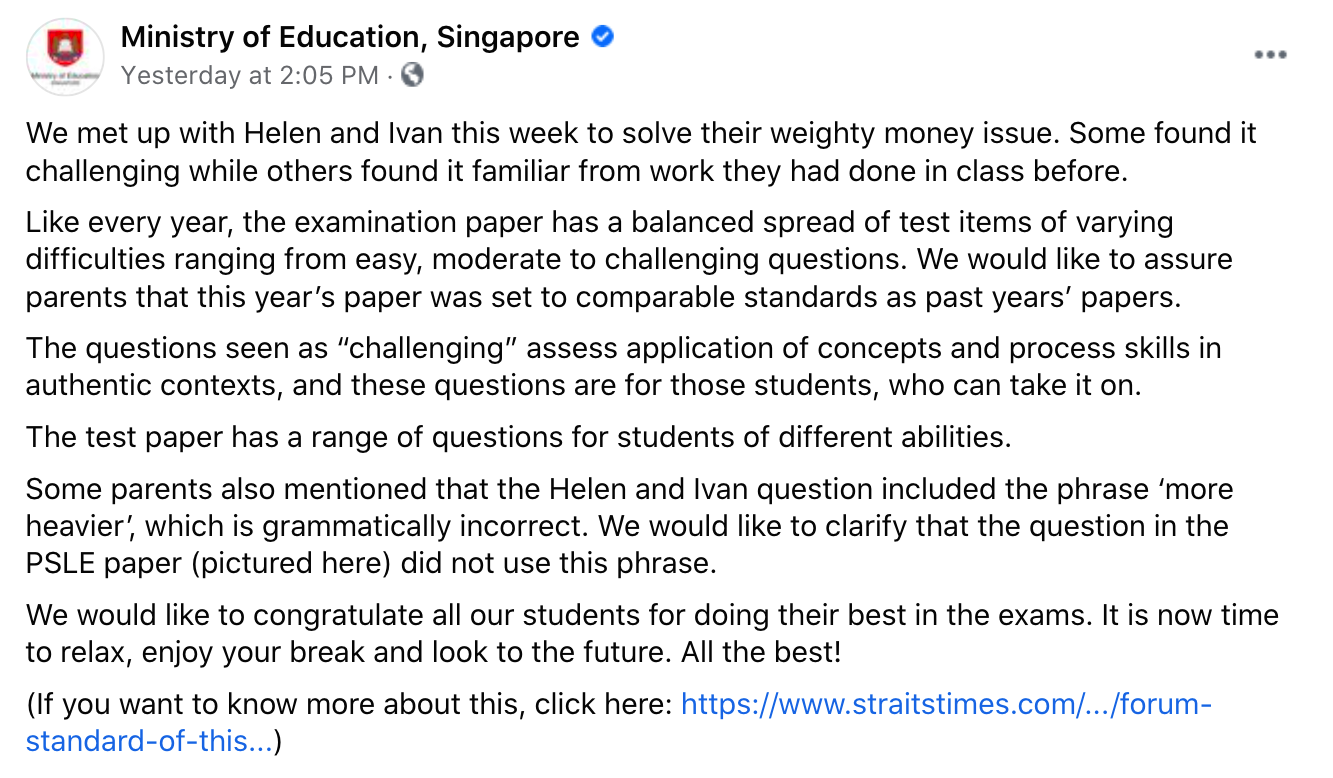 They explained that the 2021 paper was set at comparable standards to those from previous years.

Additionally, they revealed the accurate question which was phrased better than what was being circulated on social media. 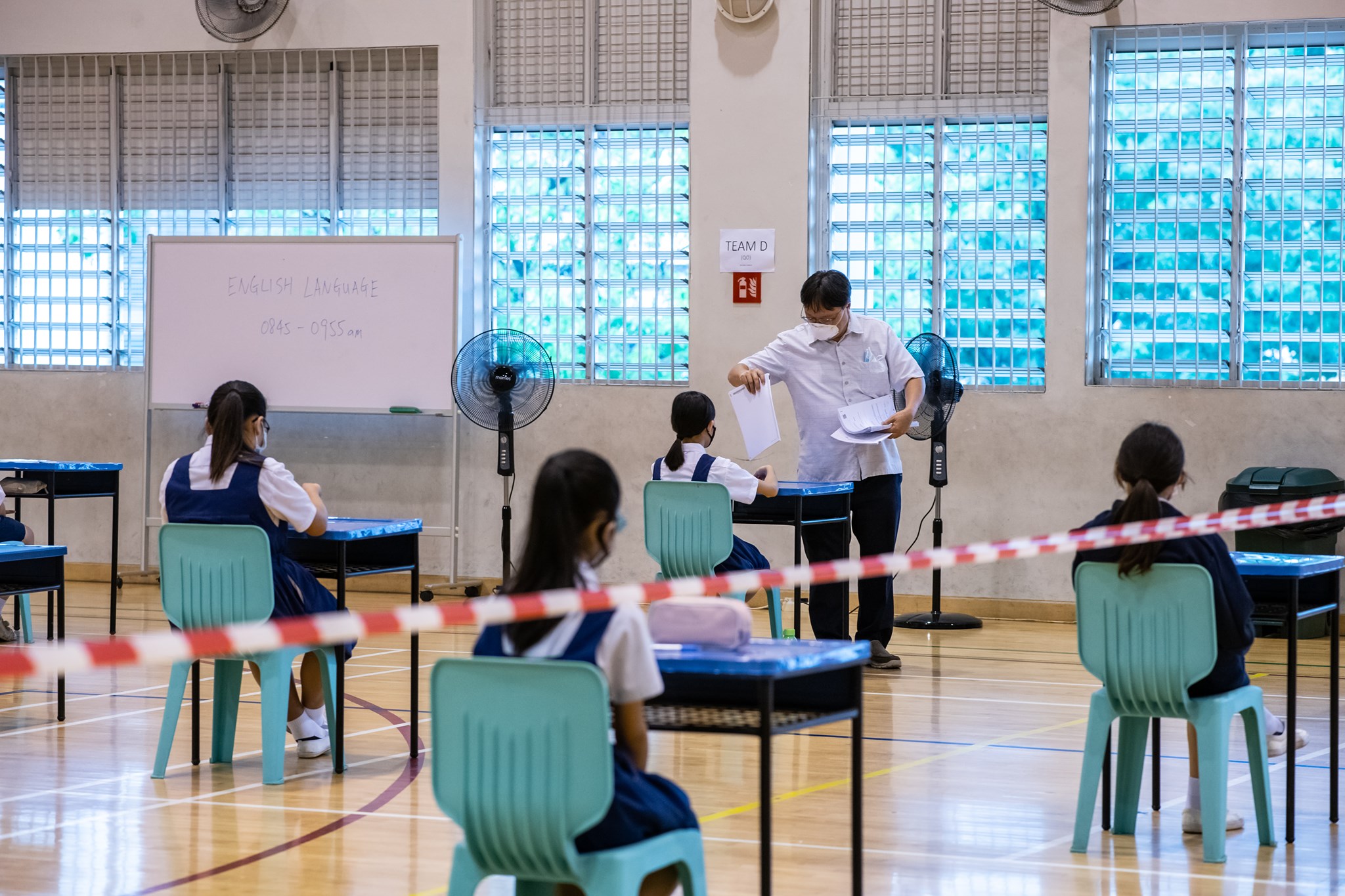 The paper was apparently so challenging that many students felt demoralised.

One particular question stumped many students, and was later circulated on many social media platforms.

MOE decided to clarify the situation on Thursday (7 Oct). They explained that the paper this year had a balanced spread of test items varying from easy, moderate, to challenging questions.

Additionally, MOE assured the difficulty of the PSLE Maths paper was comparable to previous years.

Similar to past years, this year’s paper also had a range of questions to test the students’ abilities.

They revealed the accurate question which had a better phrasing than what was being circulated online. 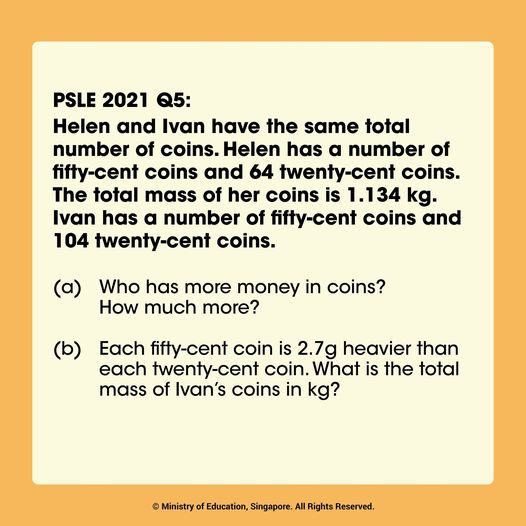 Nevertheless, MOE congratulated the students for working hard in tackling the paper this year and hoped they will enjoy their break.

Despite the clarifications posted by MOE, many parents were still unhappy, citing Covid-19 challenges. The majority seemed to argue that the paper should’ve been easier, given the difficult times. However, a few mentioned that parents should “do better” by teaching their children how to react when facing difficulties.

Some also said perhaps it is not the question at fault, but parents putting too much pressure on their children to do well.

One parent praised his children for doing their best nonetheless and understood that grades will not define them.

Good job to all Primary 6 students

Whatever the outcome of the examination, students who took the paper should still deserve a pat on the back for hitting a milestone.

Since the last paper ended this week, both students and parents can finally take their well-deserved rest.

We congratulate them for overcoming this hurdle and hope they’ll find success on whatever paths they take.