Don't jaywalk on an expressway.

We usually spot monitor lizards hanging out in parks or forest areas.

In this case, a monitor lizard somehow ended up on BKE. He was trying to get to the other side, and dangerously jaywalks across the busy expressway.

If there’s one thing we know about expressways, it would be that cars can drive up to 90km/h. That means that chances of drivers reacting in time to avoid the monitor lizard is pretty slim.

The dashcam footage of the encounter was shared on the SG Road Vigilante Facebook group on 5 Sep. 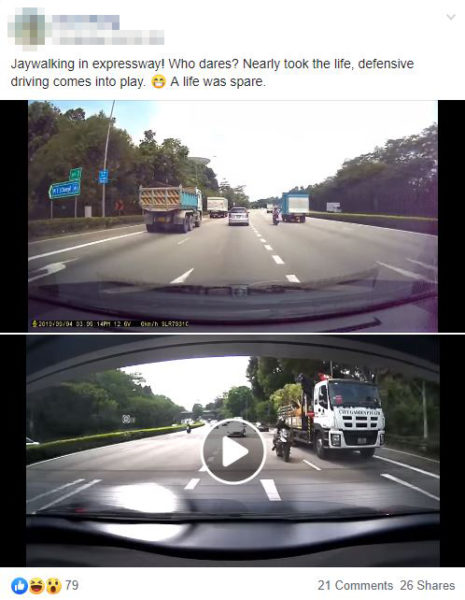 The video depicts a monitor lizard attempting to cross the busy road, and thankfully, this driver’s fast reactions allowed him to siam it in time.

The driver shared both the front and back view of the incident from his car’s dash cams.

Here’s the video from the front view.

In the video, the monitor lizard was seen jaywalking across the road while other motorists avoid him in time. 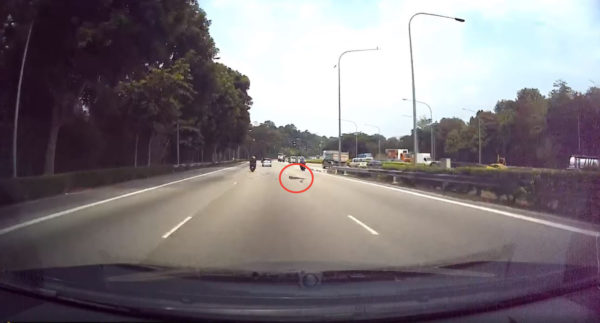 Not sure about you, but this sure reminds us of the Crossy Road game, the only difference being that the animal trying to cross the road is a lizard and not a chicken. 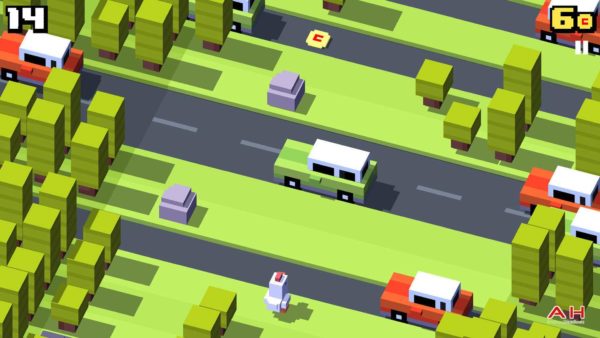 Once the driver comes close to the monitor lizard, he reacts quickly to the situation and skilfully swerves to the side to siam the cold-blooded jaywalker.

In the back view dashcam, you can then see that the monitor lizard regretted its decision and retreated back to safety. 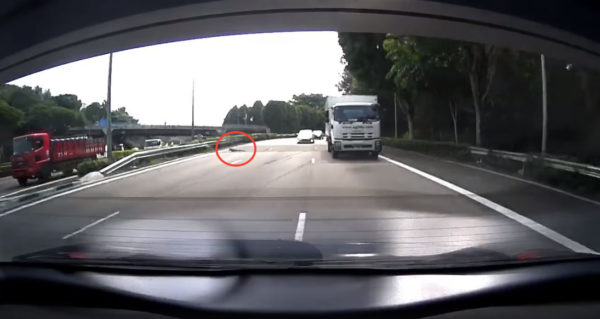 After the video was posted, netizens started commenting on the dangerous act of the lizard.

Some even predicted that the lizard didn’t make it back home safely. Here are some interesting comments we noticed.

A netizen pointed out that the drive was lucky enough not to run into the monitor lizard.

On the other hand, another netizen said that the lizard should have attended road safety lessons at the Road Safety Park.

Finally, one netizen hilariously narrated the thought process of the monitor lizard when it decided to retreat to safety.

Lookout for crossing animals on the roads

Animals cross our roads for various reasons, including hunting for food, or looking for a mate or new habitat.

Although we don’t know why the lizard decided to cross an entire expressway, we can do our part as drivers to remain alert.

We can help protect Singapore’s wildlife by ensuring that we look out for other daredevil ‘jaywalking’ animals like this monitor lizard.