More Showers Expected For The Rest Of Apr, Early Mornings Will Also Be Wet On Certain Days Temperature May Go Down To 22°C On A Few Days Due To Rainy Weather, Most Days Still Predicted To Be Warm

This month, Singapore has been hot and humid as per normal, but you’ll notice that it always rains heavily in the afternoon.

That’s because Apr showers were forecast for the 1st half of the month, accompanied by warm weather.

Guess what, the thundery showers will continue for the rest of the month, said the Meteorological Service Singapore (MSS). 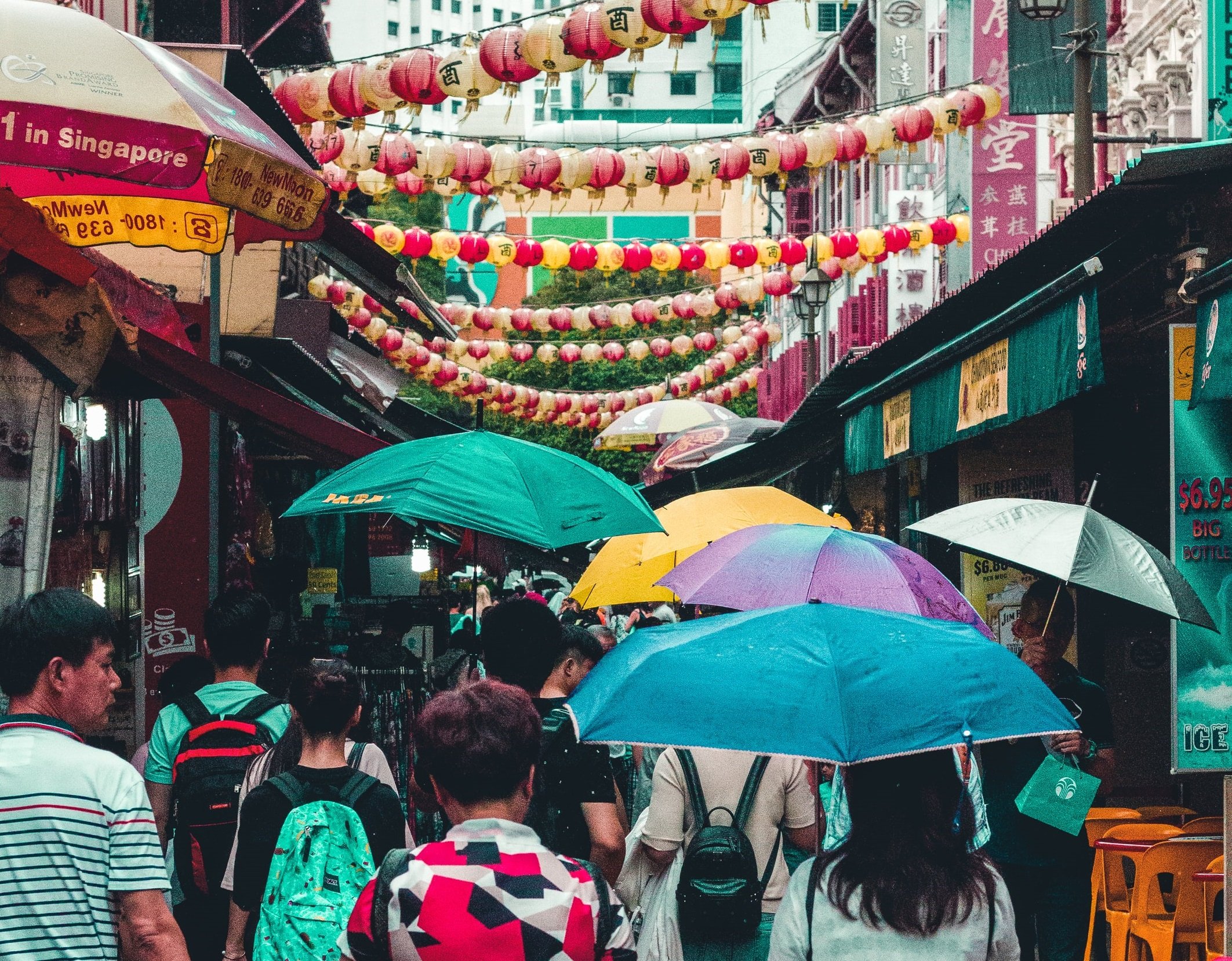 However, at least the temperature will be a tad cooler – it may drop to 22°C on days with rainy weather.

Inter-monsoon conditions will persist till May

In a media release on Friday (16 Apr), the MSS said the inter-monoon conditions that started in the 1st half of Apr will persist till May.

The inter-monsoon period, as has been described previously, is characterised by a few signs:

This means we can expect more showers in the 2nd half of the month.

Showers in the morning on most days

In the 1st 2 weeks of Apr, Singaporeans would have noticed that it always rains in the afternoon. On some days, the rainy weather lasted till the evening.

However, in the 2nd 2 weeks of the month, it’ll also rain in the morning, said the MSS. 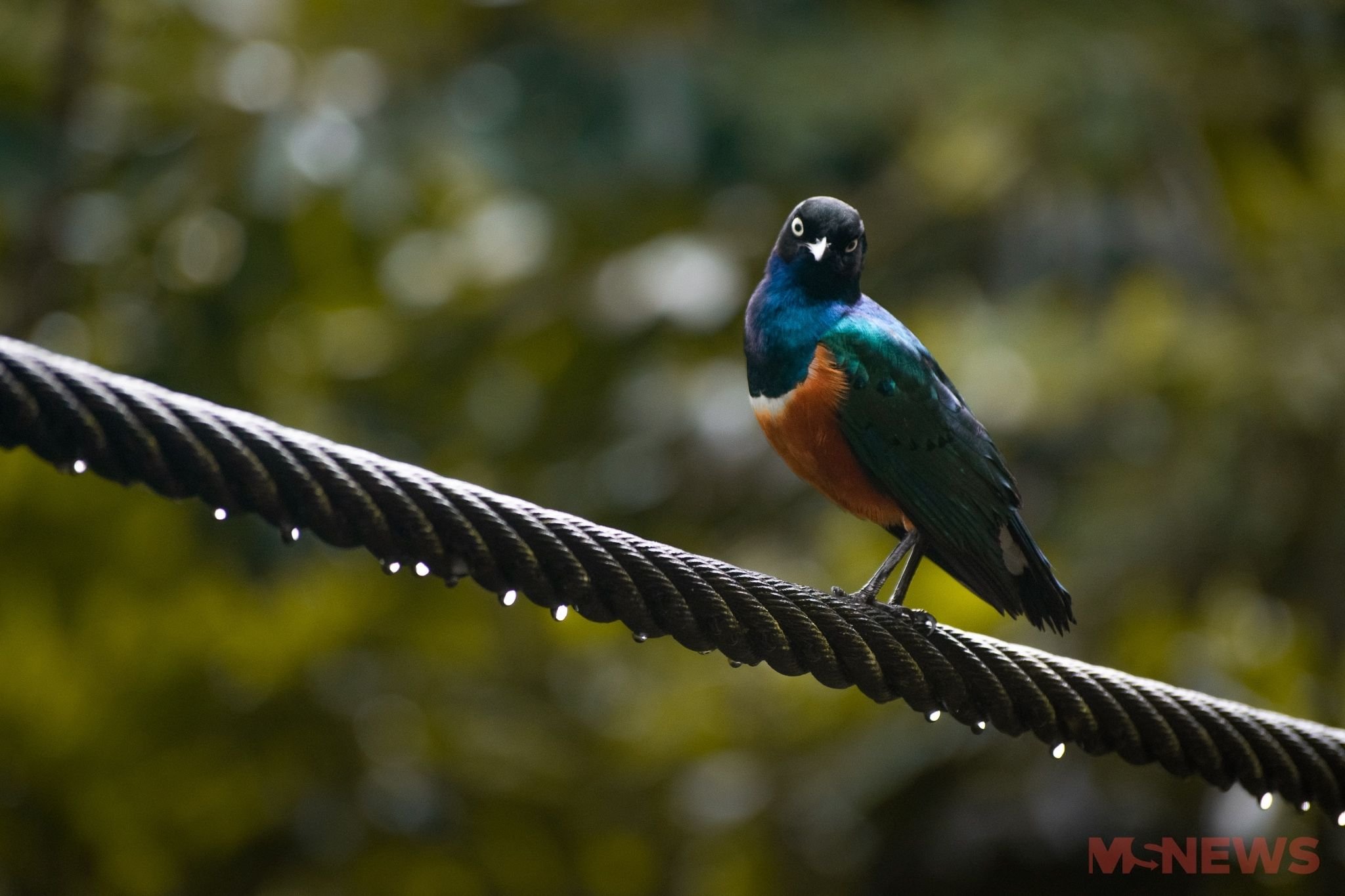 This is due to a low-pressure system that will form over the western Pacific Ocean in the early part of the fortnight.

That will cause winds from the west and southwest to converge over South-east Asia.

A weather phenomenon known as “Sumatra squalls” will develop over the Strait of Malacca and move east towards Singapore.

It’ll bring thundery showers and gusty winds to our country on most days.

This will occur between pre-dawn and morning.

Showers in afternoon towards the end of the month

However, towards the end of the month, the thundery showers will go back to the afternoon.

This is due to the winds, which are expected to weaken and become “light and variable in direction”, said the MSS.

The change will bring “short-duration moderate to heavy thundery showers with frequent lightning” in the afternoon. 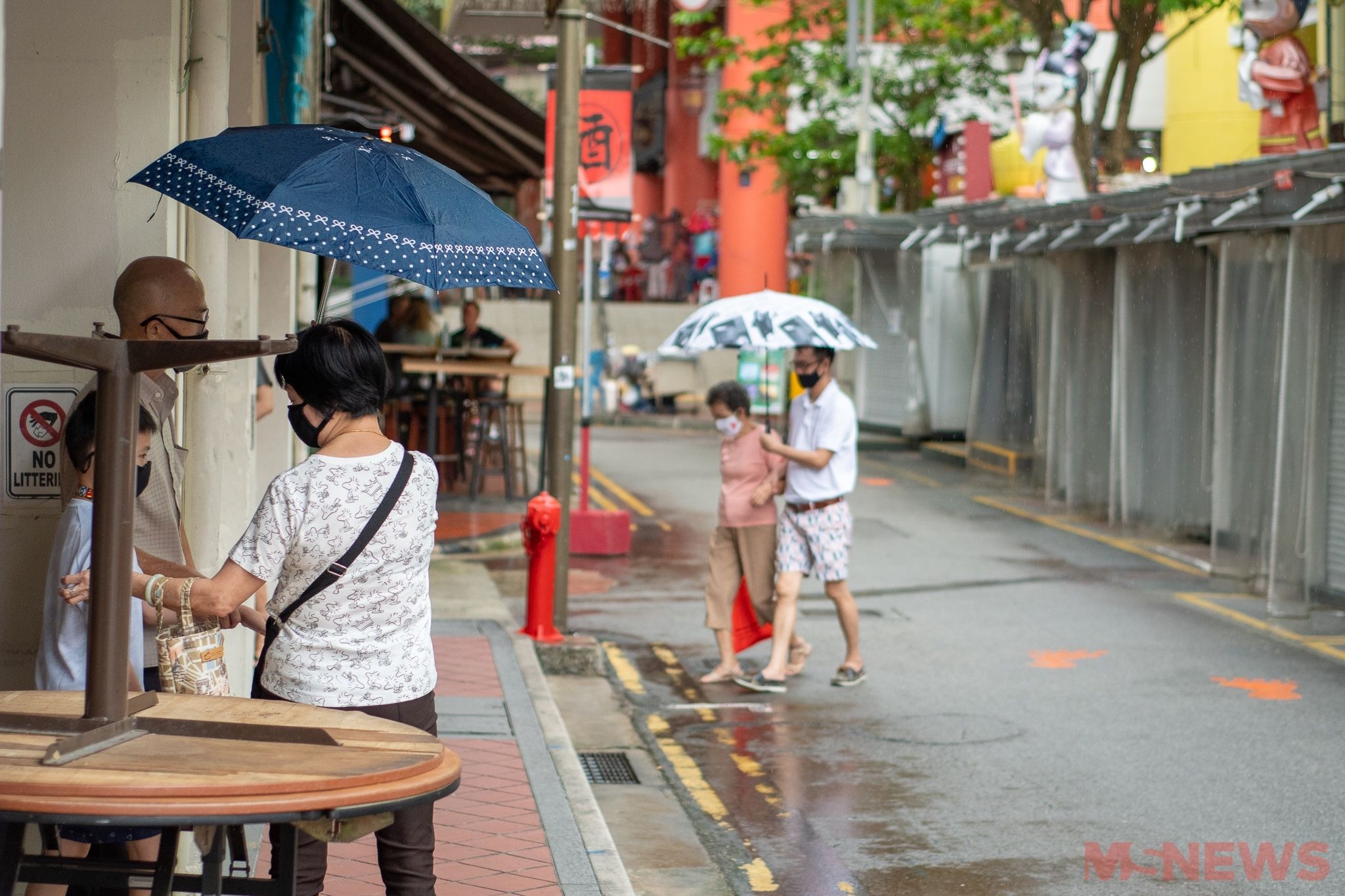 All the rain through the 2nd half of Apr will mean an above average rainfall for the whole month.

We’ll see how this compares with the 1st half, when the highest daily total rainfall was 96.0mm, recorded in Jurong on 3 Apr.

Weather will still be hot

Those bemoaning that the weather is hot despite the rain won’t get much respite.

That’s because the MSS predicts that the daily maximum temperature will continue to be high, hitting between 33-34°C on most days. 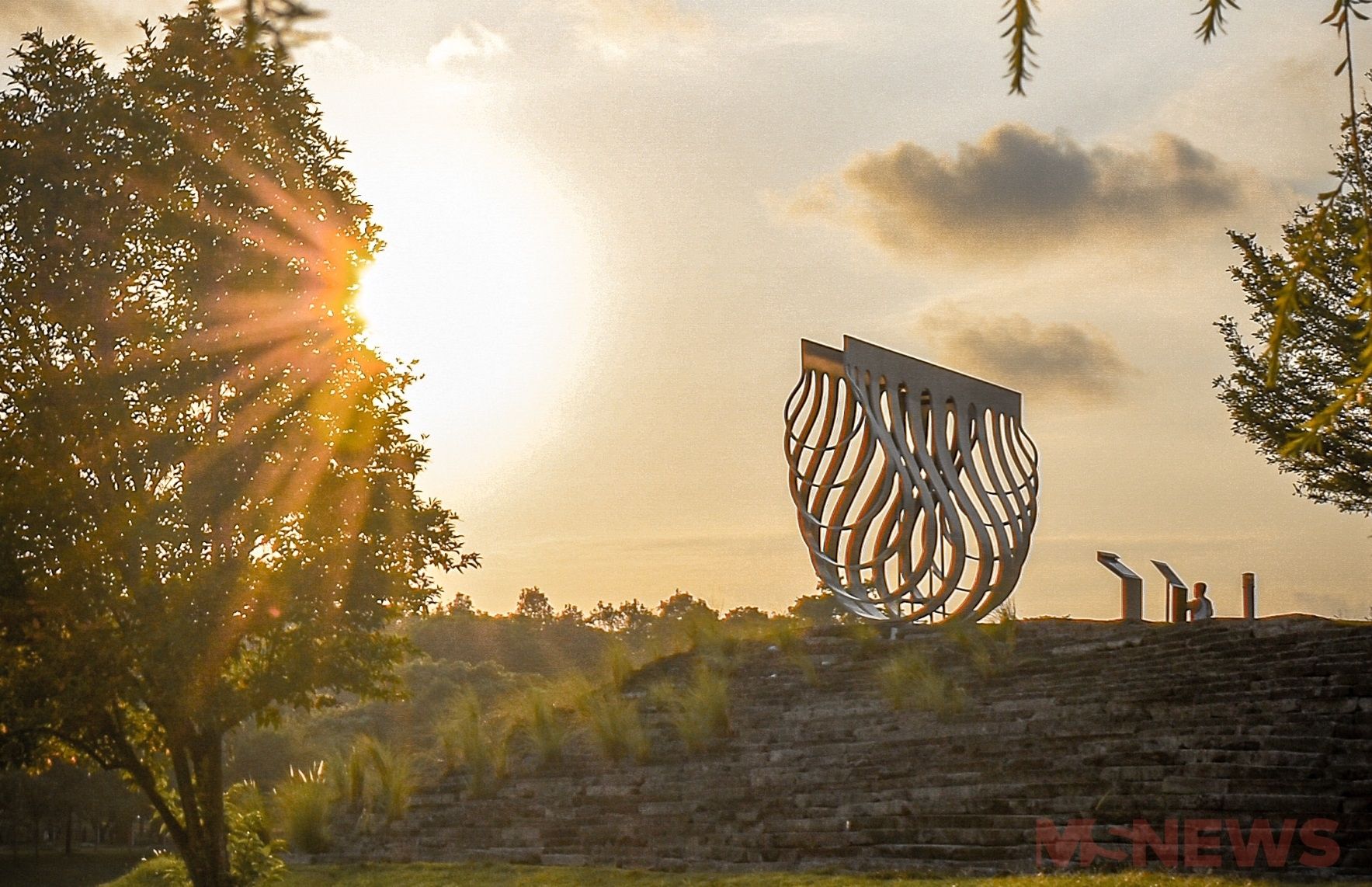 That’s still better than the 1st half of Apr, when the temperature went higher than 34°C on a whopping 12 days despite the rain.

In fact, the highest temperature was a sweltering 36.3°C, recorded at Ang Mo Kio on 2 Apr.

Minimum temperature may go down to 22°C

However, on a few rainy days, we might finally have some cool weather.

The daily minimum temperature could reach a low of around 22°C, thanks to the rain. 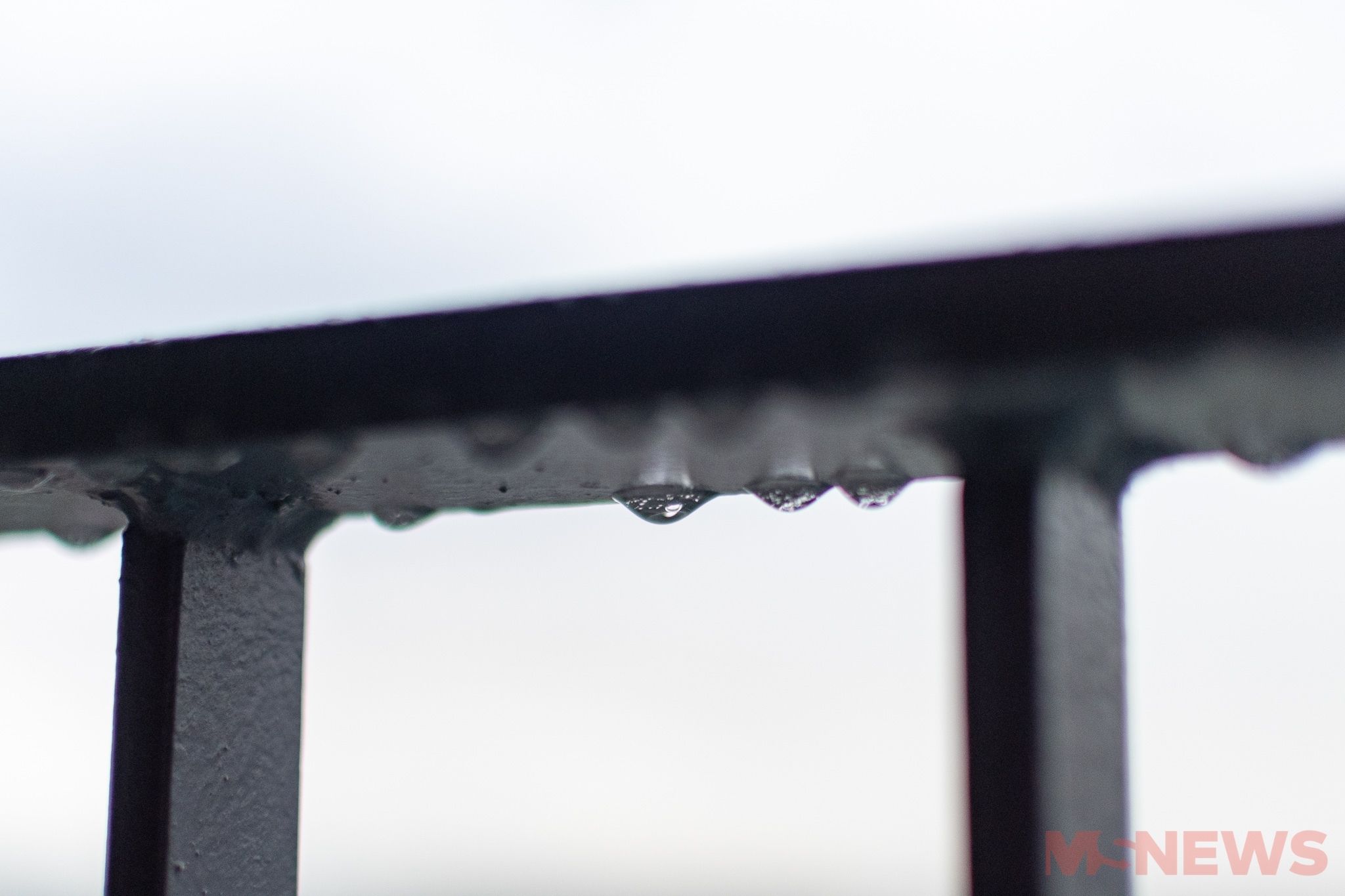 To be sure, it’s not quite the aircon weather that we experienced earlier this year, and it probably won’t last as long too.

That’s because that spell of aircon weather was caused by persistent rain that lasted the whole day.

Bring your umbrella as you head to work in the morning

The MSS’ predictions have usually come true, so it looks like we’ll continue to see lots of rain over the next 2 weeks.

As the thundery showers will happen in the morning too, don’t forget to bring your umbrella as you schlep reluctantly back to the office.

All in all, the combination of warm weather but thundery showers isn’t surprising for Singapore, and we should be quite used to it by now.