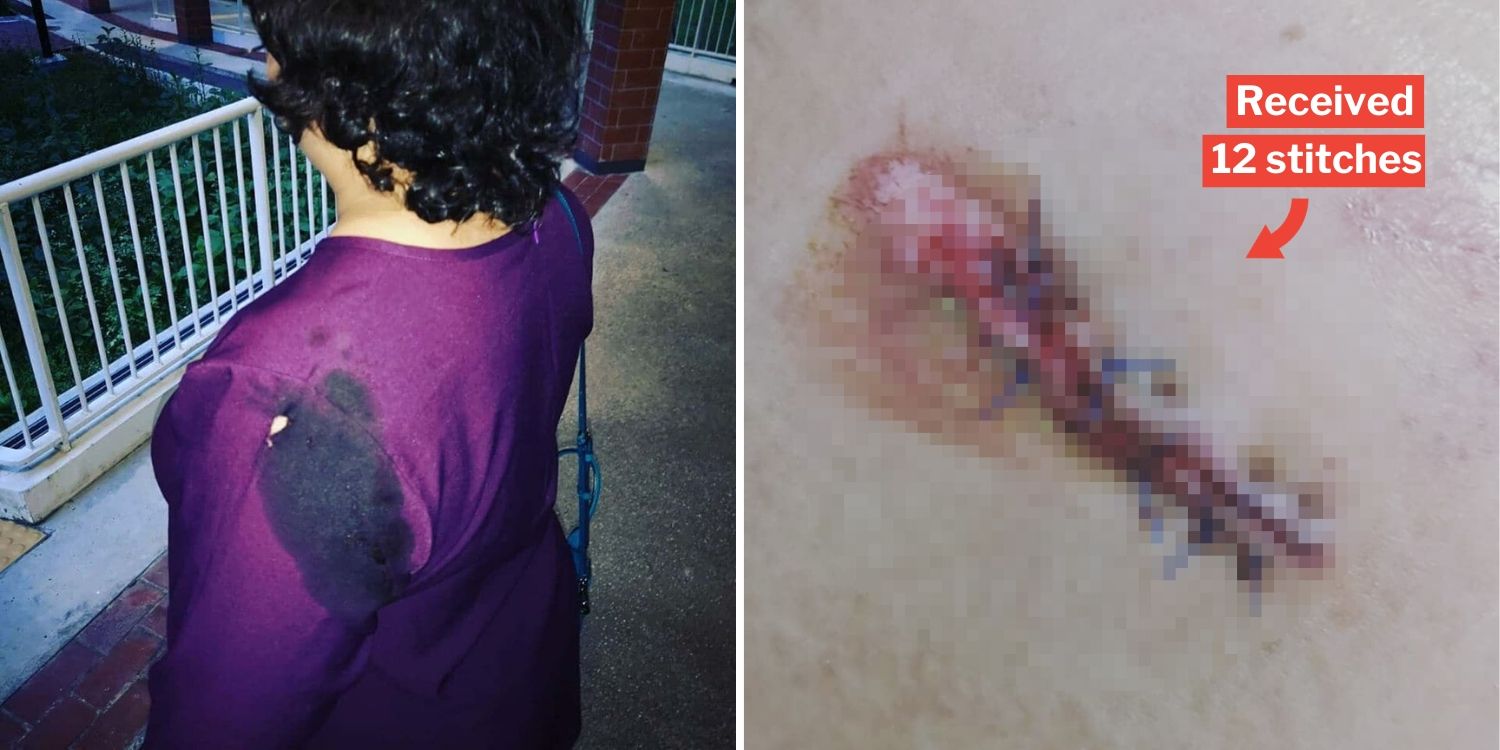 Motorcyclist Continues Riding Even After Heavy Metal Pipe Falls On Her

A motorcyclist had a harrowing experience on the Pan-Island Expressway (PIE) recently, which could’ve cost her her life.

A huge metal pipe from a passing truck fell on her, but thankfully left her with superficial injuries.

On Saturday (11 Jan), a netizen took to Facebook to recount her near-miss, which allegedly resulted from a truck driver’s negligence. The incident left her with a bloody left shoulder and a torn blouse’s sleeve, but the outcome definitely could have been way worse.

Truck was in the centre lane of the expressway

According to her lengthy post, the incident took place on Thursday (9 Jan), around 6.45pm.

The netizen was on the PIE towards Tuas when a 1-metre long metal pipe fell from an Open Top Container (OTC) truck smack onto her. She was allegedly riding in the first lane, while the truck was in the centre lane, which is against road safety rules.

Heavy vehicles should always keep to the leftmost, slow-moving lane.

Metal pipe falls onto motorcyclist along the PIE

Since they were in different lanes and there were 2 other cars behind the truck, the motorcyclist didn’t notice anything until she saw something flying from the top of it.

She only realised it was an iron rod or pipe as it got nearer, by which time she could only duck to prevent it from hitting her face.

She couldn’t swerve out of the way as traffic was heavy, so the pipe landed on her shoulder instead, cutting through her blouse and her skin. 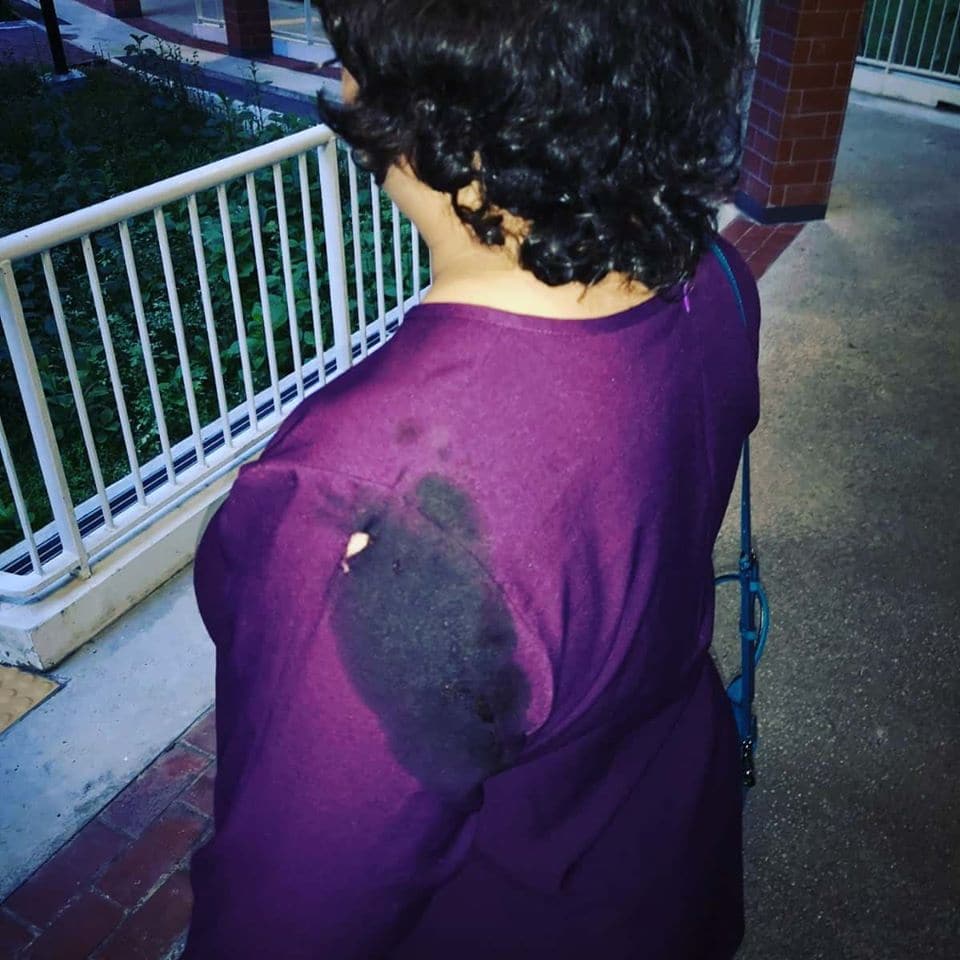 In an even more miraculous move, the motorcyclist continued riding and braving through the pain.

She rode to her initial destination to pick up some items before heading home, and later to Accident & Emergency (A&E) to seek treatment.

There, she received a total of 12 stitches and 3 days of medical leave. Pictures of the wound before treatment were rather gory, showing the extent of the blow. 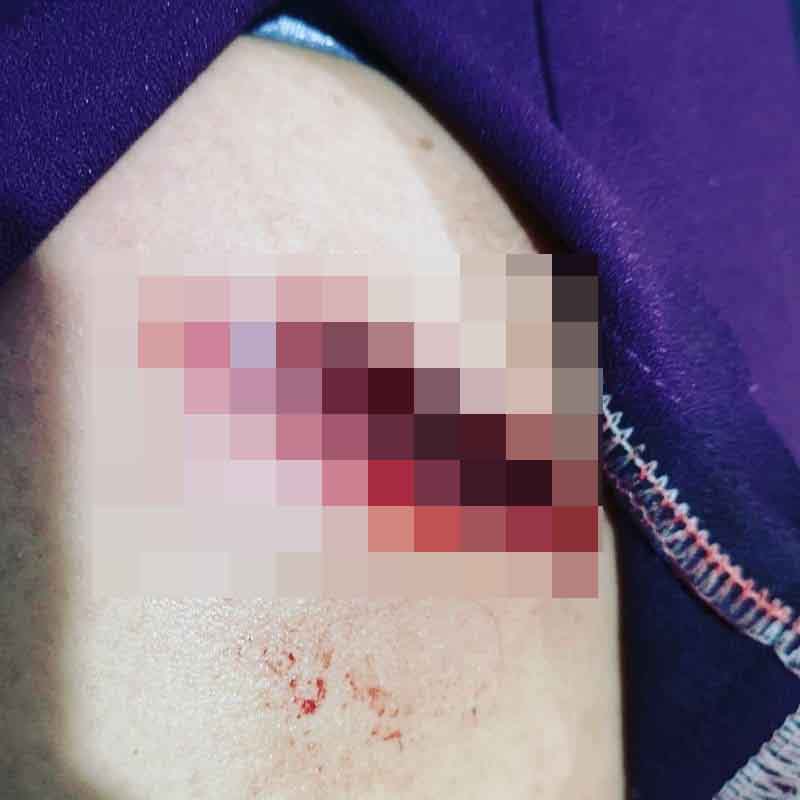 What was astounding was that she only started feeling dizzy after reaching the A&E. Her strength is truly remarkable.

The motorcyclist has reported the incident to the police, and stated that the Traffic Police are investigating.

We hope that the irresponsible truck driver will be found soon, so the motorcyclist can perhaps receive some form of compensation.

We salute the motorcyclist for staying calm despite her situation.

But for the rest of us, perhaps visiting the A&E immediately would be a safer solution. 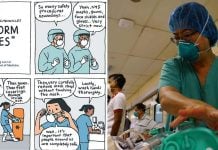 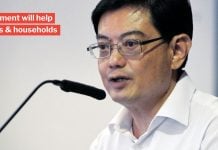