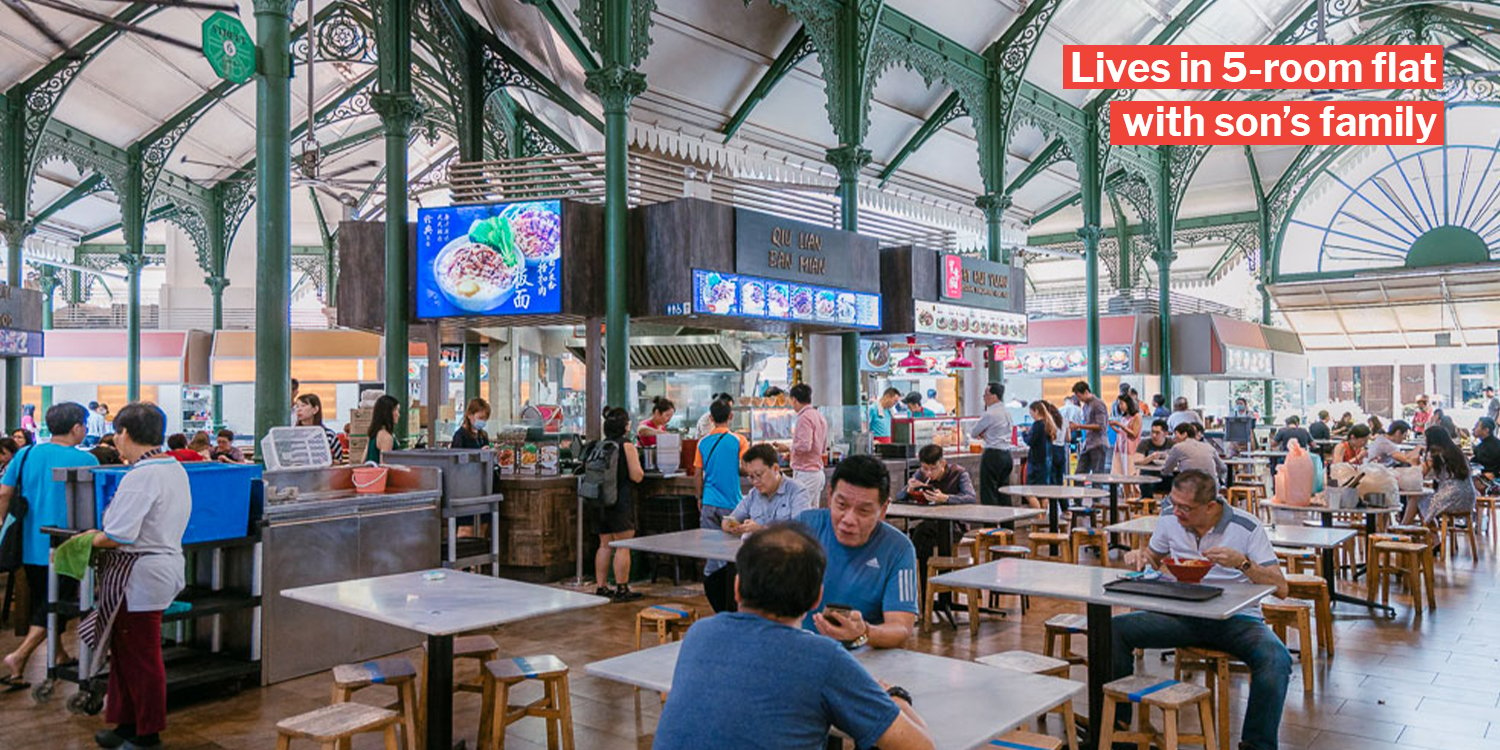 A recent social media post about an elderly woman seeking additional work at Sentosa garnered considerable attention, with many even going to her workplace to offer help.

After investigating the matter, the Ministry of Social and Family Development (MSF) published their findings on Wednesday (29 Jul), via Facebook.

The woman, Mdm L, is working part-time for about $1,300 a month excluding CPF as her employer wishes to retain staff without having to fire them, given the Covid-19 situation.

The company said they’ll retain her as a full-timer when the crowd situation improves.

MSF also confirmed with the Ministry of Defence that her son did in fact pass away during a military training session in South Africa — we offer our condolences to her and her family.

Lives with son’s family, ineligible for some schemes

Mdm L is a permanent resident (PR), and according to MSF hasn’t applied for citizenship before.

This makes her ineligible for schemes such as the Silver Support Scheme or Workfare, but she is eligible for the Solidarity Payment.

She lives with her son’s family in a 5-room flat, who provides her with food and shelter — she works to supplement her other expenses, which they didn’t go into detail of.

A post by another member of the public previously claimed that she rents a room at the house at $800 a month without food provided. 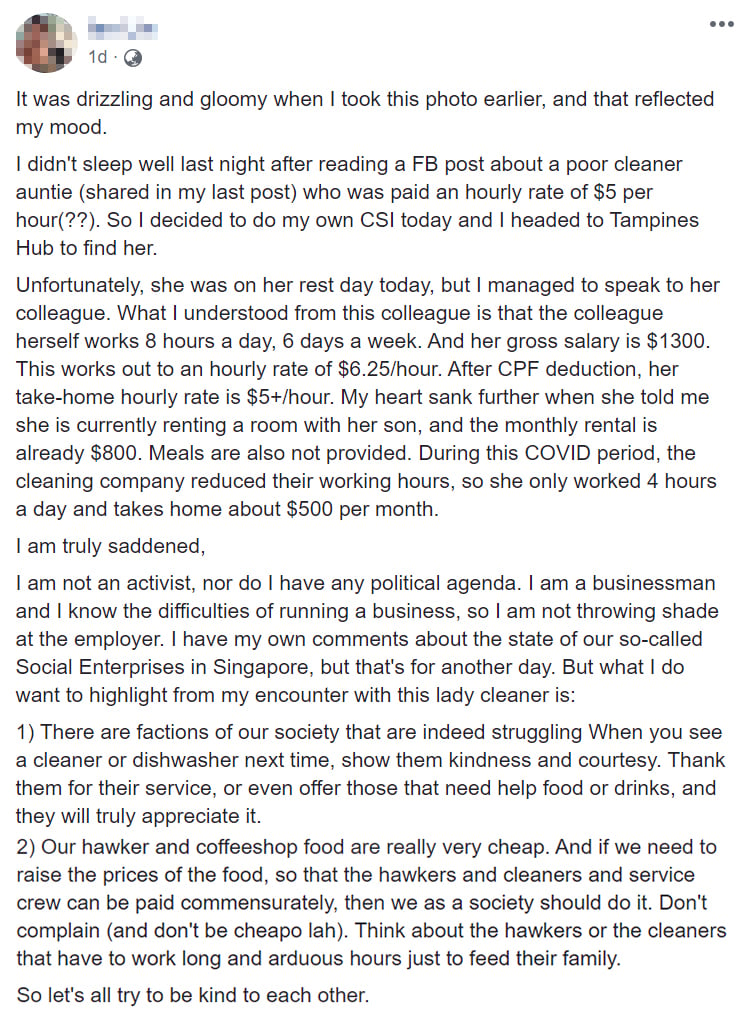 MSF are currently checking if Mdm L can get the Covid-19 Support Grant, and are getting help for her medical expenses. 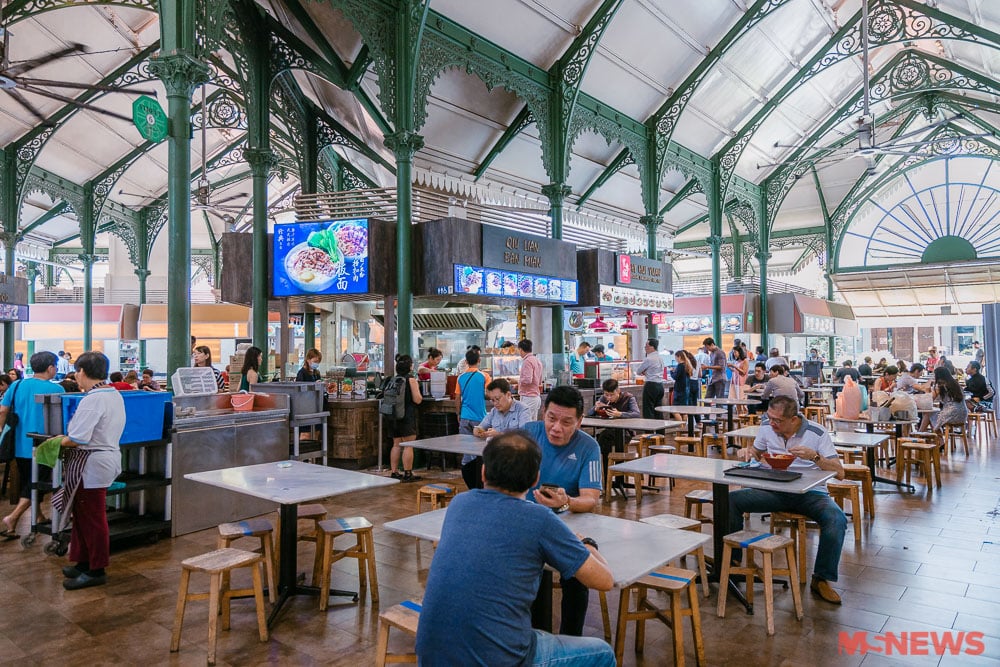 Additionally, grassroots orgs will give her $120 food vouchers for the next 6 months to ease her burdens a little.

MSF urges public to reach out to them

While MSF appreciates that members of the public are concerned for vulnerable groups in society, they urge them to reach out to MSF directly.

Posting their stories on social media may end up making things worse for them and their families, they cautioned.

MSF warned that social media posts may not completely reflect these people’s circumstances, as they may not share all their details accurately.

The original post was taken down today, along with a new post calling on the public to not visit the ah umm at her house or workplace.

She reported being harassed by members of the public who came to her workplace and home.

This is part of the reason why the original post was taken down.

There’s no denying that there are many in society who’ve fallen through the cracks, and because posting on social media is ubiquitous these days, it may be what people turn to first.

At least we now know that she is receiving help. Please rest assured that the authorities are on her case, and that she doesn’t require more visitations or help.